A Belgian broadcaster has shed light on what goes on behind closed doors of Google’s Assistant voice transcription work (via The Verge). The broadcaster, VRT NWS, spoke to three anonymous sources and listened to more than 1,000 recordings while investigating the transcription process.

VRT NWS learned that Google employs human contractors to transcribe certain audio in order to improve the service. However, these often include personally identifiable, private details. VRT NWS says it was able to contact some people based on the sensitive information — like addresses — included in the recordings.

Further, the broadcaster found 153 of the samples it listened to appeared to have been recorded without the user clearly giving the “OK, Google” hot phrase.

These recordings sometimes include sensitive discussions recording love, children, health, money, etc. One of VRT NWS sources said they heard a recording which included the voice of a woman in obvious distress.

You can watch the video report on the matter below but you’ll have to enable captions for the English translation.

Didn’t we already know this?

Google appears to be reasonably transparent about the data it collects from users, and we already know it saves our voice recordings. You can take the fun trip here to hear all your personal recordings if you’ve ever used Google Assistant (it’s in Voice and Audio activity).

What’s more, it recently came to light that Amazon employees listen to Alexa recordings in much the same way as Google.

However, Google isn’t clear about the human contractors listening to recordings or what happens when a Google product thinks it has heard the “OK Google” or “Hey Google” activation phrase when it was never clearly employed.

In Google’s data collection page linked above, there’s no mention of either of these factors.

Why are humans listening in?

Companies such as Google and Amazon rely on human listeners to transcribe text in order to improve things like voice recognition algorithms or customer experience.

The companies claim only a small number of samples are used for this process, however, and those samples aren’t supplied to contractors with identifying information. There are no names or location data attached to the files, just the audio.

Google acquired Word Lens years ago, giving Google Translate the nifty ability to translate words with the aid of a smartphone camera. It’s a rather practical feature, but it’s getting even better with a series …

But this does not exempt the possibility that the person speaking reveals sensitive information during the course of the recording — something especially troubling in cases where the recording happened accidentally.

In a statement to Wired, a Google spokesperson said the company uses language experts around the world to transcribe “around 0.2 percent” of recordings. The company later posted a blog entry which further illustrates this policy.

The spokesperson also said Google would review how it could clarify its policies on how user data is utilized to improve its speech technology. In the video report above, Google is also quoted as saying this kind of work is essential to provide products like Google Assistant.

Regardless, Google has sold millions of Home products and billions of Android phones; that 0.2 percent figure quoted still means potentially millions of our recordings — perhaps recorded by accident, perhaps including our private information — are being listened to by human operators.

I’d bear that in mind if you own or intend to buy such an Assistant-enabled device. Perhaps make use of the “microphone off” switch from time to time too. 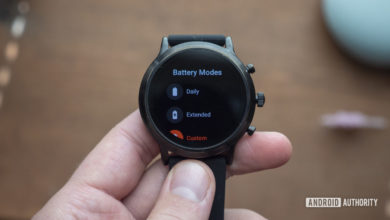 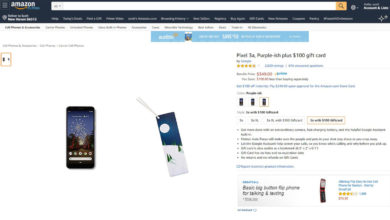