The success of Netflix and other premium video streaming services over the past several years has shaken up the entire entertainment industry. For a while, the major Hollywood studios were more than happy to license their movie and TV properties to these services. Now that has changed, as those streaming services are now creating their own original content that competes directly with the old school studios.

Disney Netflix ushered in the streaming video era several years ago, and since then it seems like nearly everyone has obtained a subscription to the service. And why not? It’s been a nice deal for …

As a result, studios like Disney and NBCUniversal are making preparations to launch their own streaming services, and they are planning to take back their back catalog of films and TV series with them. That’s also what’s happening with WarnerMedia, the AT&T-owned entertainment group that operates, among many other things, HBO, Warner Bros, and CNN. Recently, the conglomerate announced its own upcoming dedicated streaming service, HBO Max.

Before HBO Max launches, here’s what we know at the moment about this streaming service, which will not only have a ton of classic and current content from the WarnerMedia library, but will also be the home to exclusive and original series and movies as well.

What is HBO Max?

HBO Max is the name for the upcoming streaming service from WarnerMedia. In a press release announcing the name of the service, WarnerMedia said that subscribers will be able to access 10,000 hours of content when HBO Max launches, with even more content to be added in the months and years to come?

How is it different from HBO Now? 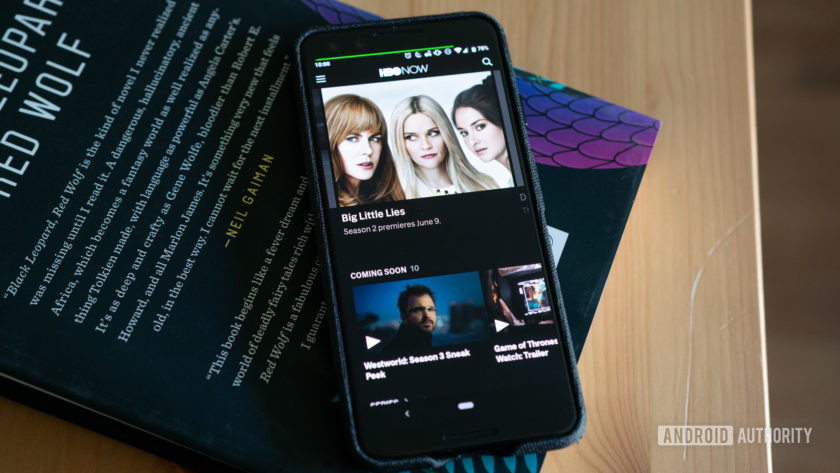 HBO Now is the current streaming service from WarnerMedia, which offers access to all of the premium cable network’s current movies, along with current and past original HBO shows, without the need for a cable TV service. At the moment, WarnerMedia has not revealed if HBO Max will serve as a replacement for HBO Now, or if the current HBO Now will stick around as a lower-price tier for the new service. Hopefully we will get some clarity on this situation in the near future.

When will HBO Max launch?

WarnerMedia has officially said that HBO Max will launch sometime in the spring of 2020 in the U.S.. Deadline reports that there are plans to launch a beta version of the service sometime before the end of 2019.

WarnerMedia has not revealed the price to sign up for HBO Max. Currently, consumers have to pay $14.99 a month to sign up for the current HBO Now streaming service. Unconfirmed reports from Hollywood trade news outlets claim that HBO Max will cost between $16 and $17 a month. The service will be ad-free, although some reports have indicated that WarnerMedia might launch an ad-supported version of HBO Max at some point after the official launch in 2020. If that happens, it’s likely the cost to sign up will be much less.

Is Friends really going to leave Netflix for HBO Max?

The short answer is yes. Friends, the hit 1990s sitcom about six friends who work, live, and love in New York City, remains one of the most popular TV shows ever. Netflix bought the rights to all 10 seasons of the show from its owner Warner Bros to stream on its service, beginning in 2015. However, WarnerMedia is taking back those streaming rights for Friends, which means that the show will be leaving Netflix sometime in early 2020, a few months before HBO Max launches later in the year.

What other shows and movies will be on HBO Max?

WarnerMedia has confirmed that, in addition to Friends, HBO Max will be the new streaming home of another classic hit sitcom, The Fresh Price of Bel-Air. It will also be the new streaming home for the teen drama Pretty Little Liars, which is scheduled to leave Netflix as well. Fans of the CW network will be able to stream the new shows that will premiere on the network in the fall of 2019 on HBO Max after they complete their season runs. that includes the DC Comics superhero show Batwoman, the Riverdale spin-off series Katy Keene. Previous CW shows (Arrow, Flash, Supernatural, Riverdale, etc.) that are already shown on the network will continue to be streamed via Netflix for another few years.

HBO It’s over. No matter how you feel about the last episodes of Game of Thrones, it certainly was a show that became a truly global pop culture phenomenon. The final episode that aired …

HBO Max will also be the home for all current and upcoming HBO original series and movies. That means shows like Game of Thrones, The Sopranos, Veep, Sex and the City, and many more will be available through HBO Max. Finally, WarnerMedia stated that HBO Max will offer subscribers a ton of content from its other movie and TV networks. That includes movies from Warner Bros and New Line, along with content from DC Entertainment, CNN, TNT, TBS, truTV, The CW, Turner Classic Movies, Cartoon Network, Adult Swim, Crunchyroll, Rooster Teeth, and Looney Tunes. Specific movies and TV shows from those sources have yet to be confirmed.

What original shows and movies will be on HBO Max?

While HBO Max will have quite a lot for subscribers to watch from WarnerMedia’s library of content, it will have its own range of original TV shows and movies that will be found exclusively on the streaming service. They will be known as Max Originals. Here’s what has been announced for HBO Max so far, which includes a couple of spin-offs from current and upcoming Warner Bros. series:

HBO Max: Is it worth it?

For HBO Now subscribers, HBO Max should be a no brainer, as it will likely cost just a couple of dollars more per month to access much more content. For everyone else, the likely high price of HBO Max may keep it from gaining subscriber numbers that will match those of rivals like Netflix, Hulu, and Amazon Prime. There’s no doubt that Friends fanatics will jump onto the new service, but HBO Max will need to make sure its original series are of such high quality that it will bring in enough new subscribers so it is financially viable.

Amazon Prime vs Netflix: Which is the better streaming platform for you?

How to set up Netflix parental controls

How to download movies and TV shows on Netflix

The best streaming services of 2019 – Netflix, Hulu, and more

How to watch Amazon Prime Video on a TV

Blackberry Key2 gets a bold new color, priced at a whopping $750 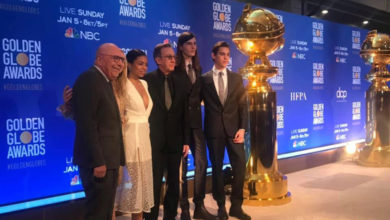 How to watch the 77th Golden Globes anywhere you want 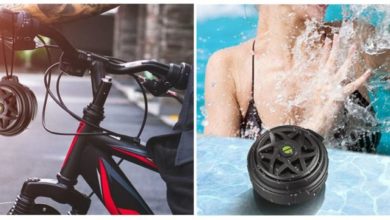 Deal: Pick up an AmazingSound speaker for just $17