It’s a titchy app, coming in at just 10MB, and it doesn’t rely on cloud backup services like the regular Google Photos app (it’s basically a lightweight version of that). Instead, the app is designed for emerging markets where copious amounts of device storage and internet access aren’t always available.

Gallery Go by Google Photos, to give the app its full title, uses AI to automatically organize your photos. This is said to help users quickly access the images they want — be it a selfie or a perhaps a photo of an important document — without them needing to label the images themselves.

Google Pixel 4 and Pixel 4 XL: All the rumors in one place (Updated: July 23)

Finally, the app supports Google Photos’ “auto enhance” button to improve images with a single tap, and you can choose from a “variety of filters” to further enhance your photos.

The app available globally from today but Google said some of its features may be restricted to certain regions. It’s free and compatible with phones running Android 8.1 Oreo or higher.

Regular Google Photos users may not find much of interest here, but if you are keen to try it out, find it on Google Play via the button below.

Read also: Google Photos Guide: Everything you need to know 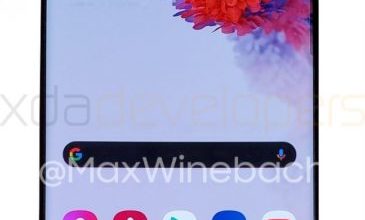 Here’s your first look at the Samsung Galaxy S20+ 5G