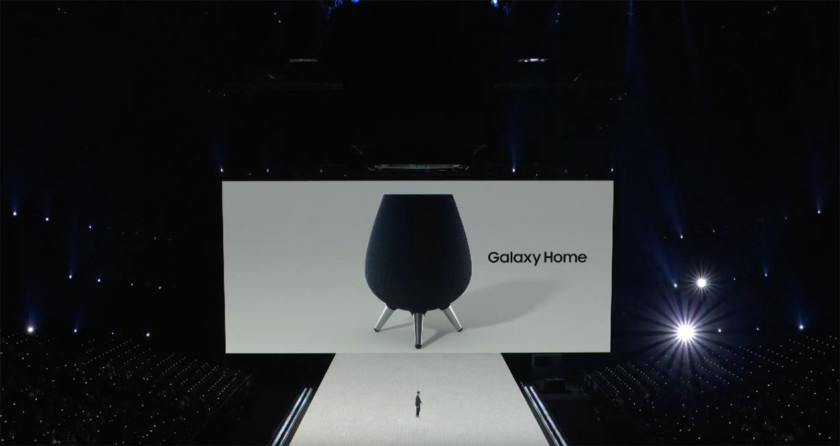 On August 9, 2018, during its Unpacked press event in New York City that also saw the debut of the Samsung Galaxy Note 9, Samsung officially revealed its first smart speaker, the Samsung Galaxy Home. It is now exactly one year later and we still aren’t any closer to learning when Samsung will release the device.

On the surface, it looks like the Galaxy Home could follow the path of Apple’s AirPower wireless charging pad, which was first announced to great fanfare in September 2017, only to be quietly canceled in March 2019.

The design of the speaker is certainly different than the ones from Amazon, Google, and others. It looks a bit like an egg that was placed on a three-legged stand. That “egg” contains three Harmon speakers, a subwoofer, and eight far-field microphones which are there to detect voice commands via Samsung’s Bixby digital assistant.

What else do we know about the speaker? Let’s go over the timeline of events.

When Samsung first showed off the Galaxy Home, it used nearly 200 of the smart speakers to broadcast music in New York City’s Barclays Center. Even though the device got this big debut, Samsung didn’t reveal when the speaker would be released nor how much it would cost.

Months later in November, we got to see the device at Samsung’s Developer Conference, but there wasn’t much new information divulged then, either. We did get some hands-on time with it, though.

It’s been one year since the Galaxy Home’s massive debut and we still don’t have a release date or even a price.

Samsung showed off the speaker again to some media outlets in January 2019 during CES, including CNET. At this time, Samsung demonstrated the device’s Bixby functionality to reporters for the first time. Once again, however, Samsung didn’t offer a launch date or pricing.

In February, during the Galaxy S10 Unpacked press event, Samsung claimed the Galaxy Home would finally launch before the end of April. That time frame came and went with no smart speaker release. In May, we were told by a company spokesperson that the device would be released before the end of June. We got no joy on that date, either.

In June, Samsung’s CEO Hyun-suk Kim told The Korea Herald the device would land sometime in the “mid-second half of the year,” which could mean sometime before the end of September.

We were hoping for some clarity at this week’s Unpacked event for the Galaxy Note 10 launch, but Samsung didn’t mention the Galaxy Home during the press conference (in fact, it didn’t even bother to talk about Bixby at all). When it asked about the speaker’s status, The Verge got a statement from Samsung, which said, “We’re continuing to refine and enhance the Galaxy Home prior to launch, and look forward to sharing more with Galaxy fans soon.” Uh huh.

The Samsung Galaxy Home is reportedly shipping in April

Samsung Galaxy Home hands-on: Do you want Bixby in your home?

It’s possible that the company has encountered some issues integrating Bixby within the speaker, but that’s just pure speculation at this point. The fact that Samsung isn’t being very forthright with definitive info makes us skeptical.

One thing is certain: if and when it does launch, Samsung will need to deal with a highly competitive smart speaker industry. Google, Amazon, Apple, and many other tech companies have already launched multiple products, including a growing number of smart displays. The Galaxy Home will need to really stand out to be successful, and right now we don’t have a clue if that will be the case.

Next: Samsung Galaxy Home hands-on: Do you want Bixby in your home? 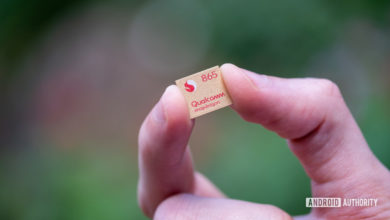 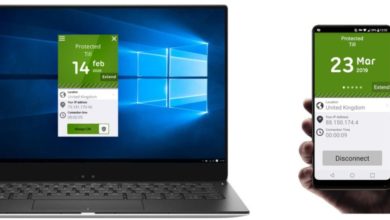 Protect yourself with Seed4Me VPN lifetime access for just $39.99

Deal: Grab the Google Pixel Slate for $200 off