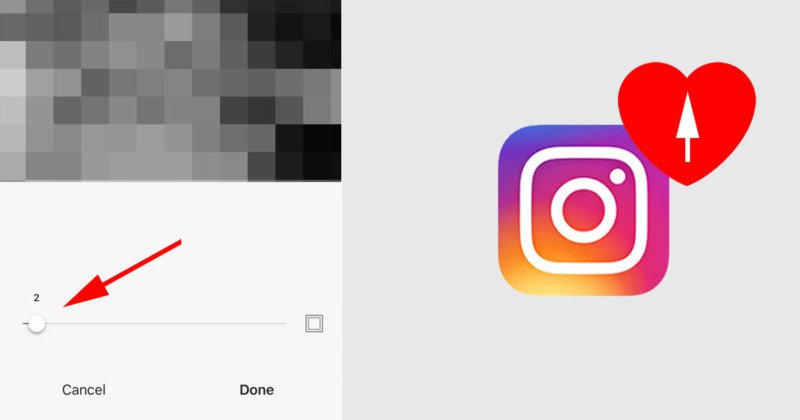 In mid-2016, Instagram started using an algorithm to order the photos you’re shown, which was a big change from the simple chronological feed that had been used since the beginning. If you’re not happy with the reach and engagement your photos on getting on Instagram, there’s a rumored trick you may want to try.

Here’s the rumor: Instagram’s algorithm is said to favor photos that have had Instagram’s own filters applied to them, even if the filters are applied so weakly that you can’t even tell the difference.

a tip i saw by an IG influencer that might help artists improve engagement: apparently instagram favors posts that use IG filters, apply any filter at a low percentage so it doesn’t mess with your art’s colors and it should show up in more feeds + more likely to be in explore!

Here are screenshots of the original post (which has since been deleted) and story by Quinn:

This trick hasn’t been verified, your mileage may vary, but people have responded to both Avila and Quinn’s Tweets reporting that the trick seems to have worked for them.

“I’ve done 2% of ‘Lark’ on my last two posts and I can see [accounts] that I haven’t seen in a long time engaging with my posts,” one follower tells Quinn.

If you want to give this trick a shot, make sure you apply an Instagram filter to your photo before posting it. But if you don’t actually want the filter to affect the look of your photo, tap the filter a second time to bring up the filter strength adjustment slider. Set this to something like 2% (according to Quinn’s suggestion):

By doing this, you’ll trick Instagram’s algorithm into thinking you’re using an official filter, even if it had no noticeable effect on the photo, and it’ll be shared to a wider audience — according to the rumor, at least…

(via Mariana Avila via PDNPulse)

This Moon Photo was Shot from a Backyard