The dawn of the annual #phonepocalypse is almost upon us and there are plenty of exciting new Android phones on the horizon. However, there’s one highly anticipated phone due this time of the year that we don’t talk about much around these parts: the iPhone.

Yesterday, Bloomberg unleashed a torrent of information about the upcoming “iPhone 11,” as well as details regarding the next-generation iPads, MacBooks, AirPods, and even HomePod, all of which are set to debut at an event next month. Let’s dive in to see what Android’s elite crop for 2019 will be up against.

Apple is once again readying three iPhones for launch this September. One will reportedly be a straightforward successor to the iPhone XR, while the iPhone XS and iPhone XS Max will be anointed as the “Pro” models, much like the iPad Pro series (and every other phone with Pro in the name). All three phones are apparently set to go on sale in the same month, with Apple eying a strong performance in its Q4 sales reporting.

Design-wise, the new “Pro” iPhones will “look nearly identical” to the iPhone XS handsets and feature identical display sizes. Those displays will still be OLED, but 3D Touch is gone in favor of Haptic Touch, which is similar to the long press functionality found on the original iPhone XR. There will be some slight color tweaks to the body, with some of the glossy look replaced with a more matte finish. The iPhone XR will also now come in a green colorway.

As the biggest and baddest phone coming from Cupertino, the iPhone XS Max simply can’t be ignored. We may be Android enthusiasts, but we can’t deny Apple smartphones’ camera prowess. Does the iPhone XS Max camera compare …

As for features, the iPhone 11 or iPhone Pro will be enjoying several camera upgrades. On the photography front, the XS’s dual camera system — regular and telephoto — will be joined by a third lens for ultra-wide angle shots (and video).

The trio of sensors will work together in tandem with AI software to “automatically correct the combined photo if, for example, a person is accidentally cut out of one of the shots,” notes the report. Low light performance has also been a focus. The iPhone XR, meanwhile, will sport a dual camera module with support for optical zoom and an “enhanced portrait mode.”

The iPhone XS series’ celebrated video capturing suite will also get a boost, with Apple apparently “getting them closer to professional video cameras.” A new feature will let users edit and retouch video while it is being recording live.

All of the next-gen iPhones will be powered by A13 processors which feature a new co-processor dubbed the “AMX” or “matrix” internally. This will allegedly help ease the load of the main chip and assist with augmented reality features.

Related: Why are Apple’s chips faster than Qualcomm’s?

Other new features include reverse wireless charging for the Pro models so you can charge AirPods a la the Galaxy S10‘s Wireless Powershare used with Galaxy Buds, new shatter-resistance and water resistance tech for added durability and waterproofing, and an upgraded “multi-angle” Face ID sensor.

One of the biggest takeaways is what isn’t here. According to Bloomberg, 5G support and a fourth rear camera for 3D capture and advanced AR functionality — something Apple has consistently talked up over the years — are both being saved for the 2020 iPhones, which are widely expected to be the next huge step forward in both design and features for Apple’s ever-popular smartphones.

Apple’s seemingly unassailable lead in the premium tablet market looks set to continue with a brand new 11-inch and 12.9-inch iPad Pro revisions. The report doesn’t go into too much detail, but expect to see a similar design, improved cameras, and the A13 SoC under the hood. There will also be a new “budget” iPad aimed at the educational market with a 10.2-inch screen that could replace the existing 9.7-inch model.

After a low-key launch of new wireless buds earlier this year, AirPods will again be getting some love next month with water resistance and noise cancellation features. These are expected to launch “by next year” and will likely carry a higher price tag than the existing models.

Larger MacBooks and a cheaper HomePod

In addition to the actual launch of the ludicrously expensive Mac Pro revealed at WWDC 2019, Apple will also be unveiling a new MacBook Pro in September with a huge 16-inch display and slim bezels.

The much maligned HomePod smart speaker will take the stage once again, only this time Apple may introduce a cheaper model with just two tweeters as opposed to the seven found on the regular $300 HomePod.

Show me the money

The biggest unanswered question — as is always the case with any Apple product — is price. Consumers are pretty familiar with the so-called “Apple tax” at this point, but with its closest rival raising prices well beyond the $1,000 mark with its own flagship range, will Apple go higher again with the iPhone Pro?

We’ll find out next month. Until then, let us know your thoughts on Apple’s potential line-up for 2019 in the comments. 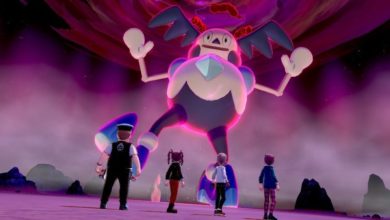 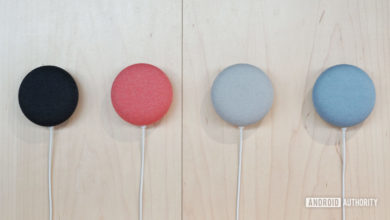