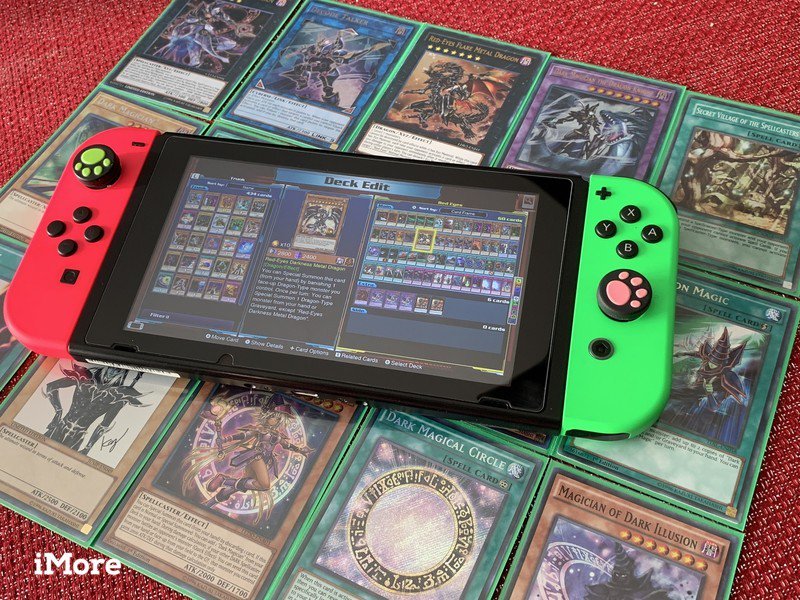 Don’t know what character booster packs to get in Yu-Gi-Oh! Legacy of the Duelist: Link Evolution? Here are all of the different types of cards in every pack!

Yu-Gi-Oh! Legacy of the Duelist: Link Evolution is out now on Nintendo Switch, and with it comes access to over 9000 cards from the popular trading card game (TCG). But it’s not like you’ll get 9000 cards to start with — you need to spend time playing the single-player campaign to earn Duel Points (DP) to spend on booster packs.

But what’s in each booster pack? What’s a good pack to start with if you want to build a custom deck to use instead of the iconic Story Decks for each campaign duel? Fret not, fellow Duelists! We’re here to help.

I would highly recommend starting the campaign with the original Yu-Gi-Oh! series, and then going in order from there. Not only will you start with the basics (and then work your way up), but there are some good archetypes that you can get with just the booster packs from the original series, such as Red Eyes Black Dragon, Blue Eyes White Dragon, and Dark Magician.

Since there are over 9000 cards total in the game, we probably won’t be able to list every single one here (there are also other resources online for that). Instead, we’ll cover the archetypes and what kind of cards to expect in each pack.

Yu-Gi-Oh! Legacy of the Duelist: Link Evolution is the perfect way to get your Yu-Gi-Oh! fix on-the-go. Relive iconic duels from all seasons of the anime series, take part in reverse duels, duel against friends in multiplayer, play in Sealed and Draft Battles, earn card rewards, and unlock over 9000 cards from booster packs. It’s all Yu-Gi-Oh!, all the time.

Grandpa Muto’s pack is the cheapest of the bunch, costing only 200 DP (everyone else is 400 DP). While most of the cards in here are junk, but you will be able to find the Gravekeeper’s archetype, Exodia the Forbidden One cards, and some magic and trap cards.

Bakura’s pack is a bit of a mixed bag. You’ll find some Toon cards, zombie monsters, and counters to the Egyptian God Cards.

This is personally my favorite, as you’ll find support for the Red-Eyes Black Dragon archetype. There’s also Jinzo archetype, warriors, the “Mask” archetype, and Ritual Monsters.

Kaiba is well known for his favorite card, the Blue Eyes White Dragon. It’s no surprise that his pack contains a lot of support for Blue Eyes, as well as the XYZ Dragon Cannon archetype.

Yugi’s signature card is the popular Dark Magician, so not surprisingly, you’ll find the Dark Magician and Dark Magician Girl, as well as support cards in Yugi’s pack. There will also be the Black Luster Soldier archetype, Gaia, and Magna Warriors.

Alexis Rhodes is the pack to get if you are interested in the Nekroz archetype, Gemini cards, Cyber Angels archetype, Solemn Judgement, and a few Forbidden/Limited cards.

Syrus is known for Cyber Dragons, so you’ll find them in this pack. There are also Roid archetype cards, Volcanics, and a few other archetypes.

The Jesse pack is the one you want for Shaddol support, along with Crystal Beasts, Fairy Tale support, and Venom and Worms support.

Jaden is the hero of this series and well-known for the different HERO archetypes. You’ll also find Winged Kuriboh support and more.

The Tetsu pack has the popular SPYRALs, Six Samurai, and more.

As Yu-Gi-Oh! evolves, it introduced hand traps, which are cards you can discard from your hand to counter actions taken by your opponent. You’ll find plenty of them in the Leo/Luna pack, along with several different archetypes.

This pack has Reptiles and support for them, Black Rose Dragon and Plant support, Psychics, and more.

Into Nordic Gods, Fabled, and Black Wing archetypes? You’ll find them and then some in Crow Hogan’s booster pack.

The popular Stardust Dragon archetype is in Yusei Fudo’s pack, along with some other archetypes.

Looking for Ghostricks? You’ll find them in Cathy’s pack, along with Subterrors, Bujin Support, and more.

Noble Knights, Heroic Champions, Gimmick Puppets, oh my! You’ll find these archetypes, along with a few more, in Quinton’s pack.

Want Galaxy-Eyes, Heretics, Evilswarm, and Inzektor archetypes? They’ll be in Kite’s pack, with a few others.

This pack is perfect for those who want a deck of aquatic Water-type monsters, like the Sharks/Fish/Penguin support, along with Mermail archetype, Atlanteans archetype, Weather Painter archetype, and more.

Yuma is the main protagonist of the Zexal series, and like Yugi, focuses on spellcasters. You’ll find the Gagaga archetype, Utopia cards, and Spellbook archetype here.

Warrior fans will enjoy Gong’s pack, as it contains the Superheavy Samurai archetype, along with Psy-Frame, Crystrons, and more.

The Zuzu pack holds the Frightfurs, Ancient Gears, Predaplant, Lunalight, and other archetypes, if you are looking for them.

The incredibly OP Zoodiacs are found in Shay’s pack, along with Ninjas, Phantom Knights, Sky Strikers, Paleozoics, Gears, Traprix, and much more.

VRAINS is currently still ongoing, so there is only one booster pack (Playmaker) in this series for now. It essentially contains all of the new archetypes that were introduced since the original release of Yu-Gi-Oh! Legacy of the Duelist back in 2015 on other platforms.

A good starting point for beginners

I know, with all of these different archetypes, it can be a bit overwhelming, especially if you’re new or just returning to Yu-Gi-Oh! after a few years and haven’t been keeping up with the meta of the trading card game.

I think a good way to start in Link Evolution is with the first series, as it is not too complicated and you can get some good cards to make a solid deck with to get through a good chunk of the campaigns.

Personally, I would recommend starting with a Red Eyes Black Dragon deck, as it is the one I’m currently using to get through the story duels. I’m in the GX series now, and it’s still holding up well. Just keep going for the Joey Wheeler packs until you get enough to make a solid deck, and then continue to perfect it before moving on to another deck build.

The gist of the Red Eyes deck revolves around the Joey’s signature Red Eyes Black Dragon, and you’ll have a ton of cards to quickly get it out on the field through Special Summon (Red Eyes Baby Dragon, The Black Stone of Legend, Return of the Red-Eyes), and keep it out there, along with other Red-Eyes cards.

It’s not hard to swarm the enemy with a lot of high-level Red Eyes cards in the first few turns, and it will be hard for them to get rid of your dragons, especially if they can keep coming back. Get the Xyz summon, Red-Eyes Black Flare Metal Dragon out, and your opponent will take 500 points of damage to their life points anytime they activate a card or effect until they can get rid of it.

The Red-Eyes deck is pretty strong and should be beginner-friendly, and will help you get through the story duels quicker. The Blue Eyes White Dragon can also be quite strong, and the Dark Magician is quite fun to play.

I hope that this guide helps some of you when it comes to determining which booster packs to get. With over 9000 cards available to collect in the game, the possibilities are quite literally endless here, and there’s a lot of room for experimentation.

Have any tips of your own? Share them in the comments!

Yu-Gi-Oh! Legacy of the Duelist: Link Evolution is the perfect way to get your Yu-Gi-Oh! fix on-the-go. Relive iconic duels from all seasons of the anime series, take part in reverse duels, duel against friends in multiplayer, play in Sealed and Draft Battles, earn card rewards, and unlock over 9000 cards from booster packs. It’s all Yu-Gi-Oh!, all the time. 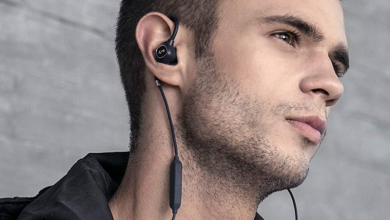 Aukey’s new B80 Bluetooth Earbuds are now 30% off in red, black, or white

How to fix television audio lag on Nintendo Switch

Time for a new case for your iPhone X!