Unown is one of the rarest and hardest to find Pokémon in Pokémon Go — period. That’s because it doesn’t spawn very often in most areas and, when it does, it can manifest as any one of the 28 forms, stylized after the letters of the alphabet, from A to Z, as well as the punctuation ? and !. So, how do you catch ’em all?

As part of Pokemon Go’s 2019 Ultra Bonus event, Unown will be hatchable for the first time — from 10KM eggs.

If you’re extraordinarily lucky, you might hatch Unown forms U, L, T, R, and A from 10 km Eggs.

Good luck, I think we’re all going to need it!

What’s ‘Unown’ and how many forms does it really have?

Unown is one of the Pokémon introduced into Pokémom Go as part of the Gen 2 update. Gen 2 had 26 distinct forms, one shaped after each letter of the alphabet, from A to Z. Gen 3 adds ? and ! for a total of 28.

Unown only has one Pokédex entry in Pokémon Go, so it’s best to treat it as one Pokémon that has 28 different shapes. So, less like Vaporeon, Flareon, Jolteon, and the rest of the Eevee-lutions and more like Pikachu, Santa Hat Pikachu, and Party Hat Pikachu — just all available at the same time.

Pokémon Go will show you all the versions you’ve caught in the Pokedex as tabs.

But, are there Unown spawns, or separate Unown A and Unown B spawns?

Only Pokémon Go knows for sure. Based on how people are catching them, though, it seems less likely that each specific Unown spawns on its own and more likely Unown spawns in general and then its specific form is determined at random.

That said, specific Unown have spawned at events with letters corresponding to the theme of the event (more on that in a moment), so it could be determined more specifically. Or it could be both!

Are there nests where you can go to catch Unown?

Sadly, no. Unown, like Snorlax and Lapras, doesn’t seem to nest. There have been reports of consistent, if infrequent spawn points but they’re thus far very few and incredibly far between.

In my area, they spawn only a few times a week, and randomly throughout the city and suburbs. Never the same place, never the same time, never at any discernable pattern.

Is Unown restricted to events?

Not restricted, no, but Pokémon Go does make it spawn in numbers at events, with letters typically tied to the event. So, if you really want Unown, going to an event where Unown is boosted is the only sure way to get one or several.

At many major Pokemon-related and also gaming events (such as E3, PAX, GDC, and Pokemon GO events), Unown with letters corresponding to the event will appear. So at PAX events, Unown letters P, A, and X will spawn very frequently for the duration of the event in the area near the event’s location. If you happen to be attending such an event, look out for Unown, or if you’re lucky enough to live near one, consider walking by the venue to see if there are Unown in the area while the event is going on.

Can you track Unown in Pokémon Go?

If you can find a spawn near a PokéStop, you can absolutely track Unown using Nearby.

Once you get to the PokéStop, Unown will spawn and you can catch away!

If Unown isn’t at a PokéStop, it might show up on Sightings depending on whether or not you get within 40 meters and there aren’t so many PokéStops nearby that Nearby overwhelms Sightings. (Niantic really needs to better balance that, especially for rare Pokémon like Unown…)

How to track Pokémon with Nearby and Sightings in Pokémon Go

Can you get Unown from Incense or Lures?

Unknown! (Sorry, had to!). There’s been a report of Unown spawning from Incense but there’ll need to be many such reports before it’s accepted as fact.

Same for Lures. There have been reports, but until there’s more volume it’s impossible to say definitively one way or another.

I’ve seen Snorlax spawn from Incense, though. And while not as rare as Unown, it does show Incense and Lures can pull from a wide range of Pokémon in the system.

So, while you shouldn’t waste your money on high volume Lures or Incense just to get Unowns, if you’re already using a Lure or Incense, keep your eyes open and fingers ready!

Can you hatch Unown from a Pokémon Egg?

Not usually. However, for a week starting September 2, you’ll have the chance. This is because Trainers managed to complete several different challenges throughout the summer. To reward everyone, Niantic is running a three-week event with a variety of different “ultra” rewards. One of them is being able to hatch Unown from 10km eggs spelling out U-L-T-R-A.

Things may change in the future though. Regionals like Taurus and Mr. Mine, and even some base Pokémon like Magikarp, used to hatch but have since been removed from the egg pool. Conversely, the Gen 2 starters, Chikorita, Cyndaquil, and Totodile initially didn’t hatch from eggs but, following the Spring Eggstravaganza event, joined the 5 KM egg pool.

How do you increase your odds of catching Unown when you find it?

Unown seems to be hard to find but it doesn’t seem to have an especially low catch rate or high flee rate. So, if you do find it, you should be able to get it. That said, best practices are best practices for a reason:

With a little luck, you’ll get all the Unown you can find.

Is there an Unown medal to help make catching them easier? And, yes, fine, to show off with?

There is… but you’ll need to catch a lot of Unowns to get the gold. And it only credits you one for each form, so repeats don’t count. That means, even if you’re in an area where Unown spawns, you’re likely to get a lot of dupes before you encounter every different type. According to Silph Road math, it would take an average of 100 catches to get all 26. So, if you encounter one a day, that’s a minimum of 26 days, an average of 100 days, and a max of… forever. If you encounter one a week…

How to get all the medals in Pokémon Go

Are there any other ways to make finding Unown easier?

Attend a Pokémon Go or related event, if there’s one near you. Pokémon Go has had Unown at all its major events, including C H I C A G O at the first Go Fest, and C E L E B I ? at the second. It’s also had Unown at Pokémon events, gaming events, even some sports events.

Keep an eye on The Silph Road on Reddit and your local Facebook, Discord, WhatsApp, etc. groups.

Where have you found Unown in Pokémon Go?

If you have any tips on finding and catching Unown in Pokémon Go, or any questions, drop them in the comments below! 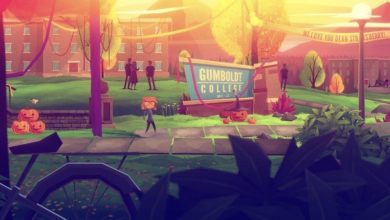 Jenny LeClue: Detectivú on Apple Arcade is a fun mystery with no ending