Update, September 2, 2019 (02:30 PM ET): We have some newly-leaked info pertaining to a new Sony smartphone that we’ll likely see at IFA 2019, as well as some news regarding a TCL-branded smartphone. See below for more!

The Internationale Funkausstellung Berlin (translated as “International radio exhibition Berlin” but mostly known as IFA 2019) starts at the beginning of September. The consumer electronics trade show is one of the biggest in the world and usually hosts multiple smartphone announcements.

As we lead up to the crucial holiday season, nearly every major brand will use IFA 2019 as a launching pad not only for smartphones, but for tablets, laptops, headphones, and other electronic devices.

Last year, we saw the launch of the Sony Xperia XZ3, the Huawei Mate 20 Lite, the Honor Play, the BlackBerry Key2 LE, and many other interesting new phones. This year, we expect to see a few flagships, some mid-rangers, and who knows, maybe some big surprises.

Check out our rumor roundup below. This is all the credible info we could find on what the major manufacturers have planned for IFA 2019!

IFA 2019 starts on September 6, 2019, and ends five days later on September 11. The event happens at the Messe Berlin convention center in Berlin, Germany.

Although IFA is open to the public starting September 6, the press gets early access to the show. Therefore, the two dates prior to the opening — namely September 4 and 5 — are when many of the big announcements will happen.

However, there will likely be significant announcements the entire week leading all the way up to the official end of the show.

We’ve seen renders leak online (see above) for what appears to be an iterative update to this year’s LG G8 ThinQ, possibly called the LG G8X. The two most notable things the renders suggest is the addition of a waterdrop notch and the addition of an in-display fingerprint sensor.

If that is the case, we expect the LG G8X to not be a new flagship-tier device from the company but rather a mid-ranger that shares a similar look to the LG G8. If LG were to push out a new “G” flagship, it is much more likely the design would be a bigger revamp.

Outside of those two families, LG will release two new smartphones in the K-series. The company confirmed this news on August 22. The LG K50S and K40S are both mid-range devices built for media consumption. They have big displays (6.5- and 6.1-inch LCDs), sizeable batteries, and Mediatek Helio P22 SoCs. Read more about these two devices right here.

Sony usually has a huge presence at IFA. Last year, it launched the Sony Xperia XZ3 smartphone, which was its flagship device at the time.

This year, it’s more likely we’ll see a Sony Xperia 2 launch, which would be the follow-up to the Sony Xperia 1. Promotional images have already leaked of the device, which may or may not be called the Xperia 2 (see above). The new phone doesn’t look too much different from the Xperia 1, with the movement of the triple camera module the only significant change on the outside.

We’ve seen rumors to suggest that this follow-up device could be 5G-capable, although that’s speculation at this point.

Outside of smartphones, it’s a good bet we’ll see some new Sony televisions, home appliances, and headphones at IFA 2019. Speaking of headphones, Sony missed out on releasing the WH-1000XM4 wireless headphones we expected in July of this year. It’s quite possible we’ll see those at IFA.

Although Huawei has had a very rough time since it was added to the U.S. government’s “Entity List” in May, that won’t stop the company from having a significant presence at IFA 2019. In fact, Richard Yu — the Huawei CEO of consumer business — will deliver the opening keynote presentation of the entire event.

Outside of the keynote speech though, it’s likely we’ll see some new Huawei products. We could see the Mate 30 Lite (considering we saw the Mate 20 Lite debut at least year’s event) and we could see the latest updates to Huawei’s line of Kirin smartphone processors. It’s also possible we could see the foldable Huawei Mate X device again, considering it is scheduled to launch at some point this year.

It’s also very likely that we’ll see the Huawei Watch GT 2, which you can read all about here. However, this could launch alongside the Mate 30 series instead.

Say hello to what could be Huawei’s next smartwatch

Report: Nokia leads way for Android updates, but who are other winners, losers?

US reportedly received 130 license requests to sell to Huawei, none granted

Huawei Mate 30 series tipped for delay in West due to U.S. trade ban

Is Huawei working on Moto Mod-style cases of its own?

This week in Android: Android’s big rebrand and a tour of Huawei’s $1.5b HQ

As far as Honor goes — Huawei’s sub-brand — we could also see some new devices, although we haven’t seen any credible rumors for smartphones yet.

We also know that Huawei has some big TV ambitions in the works with its brand new operating system, Harmony OS. It’s very possible we could see some Huawei TVs at IFA 2019 or maybe some other Harmony-powered products.

We won’t see the Huawei Mate 30 or Mate 30 Pro, though — those devices have a scheduled launch on September 19.

That being said, it’s totally possible we’ll see some other mid-range or even budget smartphones at the event, but we’re pretty sure we won’t see anything in the flagship category. However, there is a rumor that Samsung will bring along the Galaxy Fold to IFA. This would be significant because, for the first time, Samsung would allow attendees to actually use the device rather than only allow exclusives with members of the press. The Galaxy Fold is supposedly due to launch (for the second time) in September, so an appearance at IFA makes sense.

We certainly will see plenty of Samsung televisions, though. The company is trying to push 8K QLED sets as the “next big upgrade” for TV buyers. As such, we will likely see many new TVs on display during the conference.

Although the Motorola One Zoom will likely have some high-end specs and features — including that quad-camera setup on the back — we’re not expecting it to be a flagship. It’s a shame, too, as we haven’t seen a bonafide flagship device from Motorola in quite a while, with even the latest entry in the Z series being firmly a mid-range product.

Also, even though the word “One” is in the name, we don’t expect the One Zoom to come with Android One. The One Action, though, works on the Android One platform.

HMD Global — which owns the Nokia smartphone brand — has an event scheduled at IFA 2019, so we are pretty much certain that the company will launch a new Nokia-branded phone. However, which phone that might be we are not sure.

There are rumors circulating that the phone it will launch will have a triple-camera system on the rear, possibly the Nokia 7.2. Since the biggest flagship from HMD is the Nokia 9 PureView — which has a quad-lens setup on the rear — this device will almost assuredly not be the Nokia 10.

It’s possible that this will be the first 5G device from HMD Global or that it could announce such a phone alongside the Nokia 7.2.

The Chinese brand has confirmed that it will announce its first TCL-branded smartphone for global markets at IFA 2019. TCL produces smartphones under its Alcatel brand as well as BlackBerry devices around the world, but this will be TCL-branded outside of China for the first time.

A leaked roadmap offers some ideas about this new smartphone. It could be called the TCL T1 and could offer a 6.53-inch FHD+ screen, a Snapdragon 675 processor, 6GB of RAM, 128GB of storage, and a 3,820mAh battery with 18-watt charging.

TCL is also planning to show off a few rather unique devices in Berlin, including foldable device concepts and its Project Archery “wearable display” gadget. Click here for more info.

There will be a lot of companies at IFA 2019 that likely will not debut a new smartphone product. We know that Acer, Asus, Dell, and other computer companies will be there and likely debut new laptops and possibly Chromebooks.

We also know Fossil will be at the event, which means we could see some new smartwatches.

ECG: What is it and why does it matter?

Hands down, this is the best Wear OS smartwatch you can buy

Google smartwatch patent has camera underneath the display for some reason

Audio-focused companies — such as Sonos, Sennheiser, Harmon Kardon, and more — will also be at IFA. We will likely see new smart speakers, headphones, and other premium audio gear from these companies.

Finally, we also know that Qualcomm will be in attendance with Cristiano Amon — the company’s president — confirmed to host an event. As such, we could hear new information about 5G and upcoming Qualcomm mobile processors.

Those are all the credible IFA 2019 rumors we know about as of now. Be sure to bookmark this page as we will add more info as we find it! 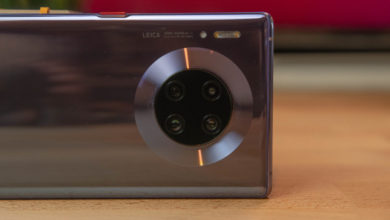 Google testing automatic car crash detection in Android Q, but will your phone get it?

HBO Max: Everything about the new streaming home for Friends and more