We knew back even before the release of the OnePlus 6T that OnePlus would release a television at some point in 2019, thanks to CEO Pete Lau revealing the product. Now, it looks like the first major product from the company that’s not a smartphone is right around the corner: the OnePlus TV.

As usual, OnePlus is being very coy about what the TV does, why it’s different from other TVs, price, availability, etc. However, it has let us in on a few details related to the TV so we at least have a slight idea of what to expect.

Check out all the OnePlus TV rumors we know of below. Be sure to bookmark this page and visit often as more information drops!

We know for certain that the first television from the Chinese company will be called the OnePlus TV. It’s not the most imaginative name ever, but then again most TVs don’t have very imaginative names.

The company revealed the official name — as well as the official logo — on its support forums at OnePlus.com on August 14, 2019.

Check out the logo below:

Later on in the month, Pete Lau took to those same forums to reveal that the OnePlus TV will launch sometime in September 2019. He didn’t elaborate further on an exact date but did say that it will hit India first. See the below section on price and availability for more on release locations!

Then, after much anticipating, OnePlus finally announced a launch date for the OnePlus TV in a tweet. The device will launch on September 26 in India.

This marks a big leap in our journey to share the best technology together with our community. Are you ready for #ANewEra? pic.twitter.com/H0ywOkodLS

OnePlus’ design has always been all about minimalism and simplicity. As such, we weren’t initially expecting a crazy design or some unique, wacky gimmicks with the TV.

In a teaser image on the OnePlus support forums, we do get a slight glimpse at what appears to be the bottom of the TV. You can see it in the image above.

From the teaser image, it seems that the OnePlus logo will be at the center of the TV’s bottom bezel, much like many other flat-screen televisions from other brands. It also appears there will be a metal or at least metal-looking cylinder that will act as the base of the TV. Presumably, you will also be able to hang the TV on the wall using a standard wall mount.

This metal-looking cylinder of sorts also seems to show up in a picture posted by Lau on September 9, revealing what seems to be the back of the TV. This design choice, along with the distinctive pattern, suggests that they’re going for a rather interesting look after all. It’s unclear whether this is Kevlar or just a Kevlar-style pattern. Check it out below.

Then Lau took to Twitter September 19 to show off the base of the TV as well. We can see where the cylindrical stand meets the also metal-looking base with the OnePlus logo visible at the bottom of the display.

No detail is too small, from top to bottom. #OnePlusTV pic.twitter.com/46xB5zg2Rh

Shortly after that, we found some leaked images online depicting what appears to be the OnePlus TV in full.

Included with the images are shots of the front and back of the TV, the remote control, and even a leaked press photo that also appears to show a OnePlus-branded soundbar.

Even though the OnePlus TV’s aesthetic looks promising, what’s most likely going to set the product apart from the competition is what it can do.

It’s likely that the OnePlus TV will feature a minimal design, but new teases suggest otherwise.

OnePlus hasn’t divulged much information itself, but the TV line has already appeared on the Bluetooth SIG website, and the listing may have given us a ton of information about design. The Bluetooth SIG filing mentions that it’s an LED TV rather than a TV based on LCD tech, and packs Bluetooth 5.0 support. Furthermore, the listing reveals almost 40 model numbers, and it looks like these model numbers give away the screen sizes and intended markets.

If the model numbers are indeed giving away screen sizes and locales, then it looks like India will be the only country to get 43-inch models. It also means that the country misses out on 75-inch models, with China and the U.S. gaining them. All three countries will get the 55-inch and 65-inch options if the naming scheme works out though. In fact, an Amazon India teaser page has indeed confirmed a 55-inch option for the market.

The word that’s come up nearly every time the company has mentioned the OnePlus TV has been “smart.” Obviously, a smart TV is nothing new — most people own a smart TV of some kind.

However, Pete Lau’s statement when announcing the release month of the TV went a little more in-depth on just how smart this TV will be:

I’m a firm believer that TV will not only become the center of our smart home, but also the center of our daily smart social hub. With the implementation and increasing maturity of other advanced technology such as 5G, AI, VR, and AR, I’m excited about what our lives will look like in the future. The OnePlus TV is an important step towards OnePlus being involved in the world of IoT and interconnectivity. It’s also proof of our commitment in continuing our exploration of how we can improve the world around us by designing a connected human experience.

The important words there are “smart social hub.” This leads us to believe that the OnePlus TV won’t just be about turning on the latest episode of a Netflix series. Instead, the TV will be more like a hub for our smart home and — somehow — our social networks.

In a way, it sounds like the OnePlus TV could be a really big Google Nest Hub, something that can control all the aspects of your smart home through either voice commands or touch.

Initially, we thought the touch input would be received primarily from the TV’s remote, but Pete Lau confirmed in a tweet September 16 that users will have the option to control the OnePlus TV with their phones.

The tweet also gives us a glimpse at the OnePlus TV remote control app interface which indicates some sort of content discovery. Lau did not specify if it requires a OnePlus smartphone or not, so we presume anyone will be able to use their Android phone as a remote control.

It’s possible the OnePlus TV will be like a big Google Nest Hub that you happen to hang on the wall.

We are nearly certain that the operating system powering the OnePlus TV will be Android TV or some customized version of Android. Early on in the rumor cycle for the device, Lau mentioned that the TV will run on “a big, mainstream provider,” which to us sounds like Android TV. If that is the case, there will already be millions of apps to download on the TV once you get it, which will certainly be nice.

In an interview with NDTV, OnePlus CEO Pete Lau confirmed the OnePlus TV will have a QLED panel (confirmed by the aforementioned Amazon teaser page again). In a separate interview, Lau confirmed the TV will feature a 4K resolution. The 4K resolution is reportedly only noticeable when watching 4K-ready content, however — the OnePlus TV sticks to 1080p while in TV menus, according to Android TV Rumors. It seems that’s a limitation with Android TV, however.

OnePlus founder Pete Lau has also confirmed on Twitter that the device will come with a so-called Gamma Color Magic processor. Lau says the chip will help deliver best-in-class picture quality and the widest color gamut.

I am proud to share news about the dedicated picture processor for the #OnePlusTV. We built the Gamma Color Magic processor to bring you best-in-class image quality on our customized #QLED TV panel with widest color gamut. Can’t wait for you to experience it! pic.twitter.com/DlQS8Y8jhn

Android TV Rumors also noted the OnePlus TV will feature the quad-core MediaTek MT5670 chipset, Mali-G51 MP3 GPU, and 2GB of RAM. The MT5670 seems to be an unannounced processor, since there’s no public information on it yet.

At the beginning of September, we saw an image on the Indian Amazon listing for the OnePlus TV, which seems to confirm that the television will come with eight speakers with 50W of output power. Check out the leaked promotional image below:

The image also suggests we’ll see Dolby Atmos support in the television. This is awesome news because the sound quality of most flatscreen televisions is quite bad. If OnePlus can make its TV sound good — and not charge a hefty premium for that feature — that would definitely set it apart from the crowd.

OnePlus’s Pete Lau later reiterated Dolby Atmos support and the presence of eight speakers on September 12. Check out the teaser GIF below.

Also spotted on Amazon India’s website was the OnePlus TV Alexa skill. That means you can use Alexa to power the TV on and off, change channels or inputs, control the volume, and mute or unmute the TV.

Days after the Amazon India listing of the OnePlus TV, Lau shared an image of the OnePlus TV remote on Twitter. The remote vaguely resembles the Apple TV remote with what looks like an aluminum finish. Four-way navigational buttons can be seen at the top of the remote too. There’s also a dedicated Google Assistant button on the remote which all but confirms voice controls.

Other buttons on the remote include a button with the OnePlus logo, one with a hamburger menu (possibly to access settings), and a few more. We also see what appear to be smartphone-like volume keys on the right edge of the remote. There’s also a USB-C port at the bottom, most likely to charge the device.

Take a closer look. The power is in your hand! #OnePlusTV pic.twitter.com/TL5ymlOWIz

We know for certain that the OnePlus TV will land in India first. More specifically, pre-registrations have gone live via Amazon India, suggesting that this will be a key retail partner and that a launch is around the corner. According to the company, it could also launch in North America, Europe, and China. However, there could be some regulatory delays for those other countries.

Price, as of now, is a mystery. Knowing OnePlus, though, it will likely be cheaper than we expect it to be. The company could take the same approach as it did with its original OnePlus One smartphone and sell the device at cost or even at a loss at first just to get the units moving. Then, when the OnePlus TV 2 lands sometime later, increase the price a bit.

What do you think? Are you ready to hang a OnePlus TV on your wall? Let us know in the comments!

OnePlus 7 and 7 Pro get second Android 10 open beta, stable can’t be far off

Here’s what the OnePlus 7T will actually look like

OnePlus might sell a phone through Verizon next year

OnePlus 7T Pro may not come to the US 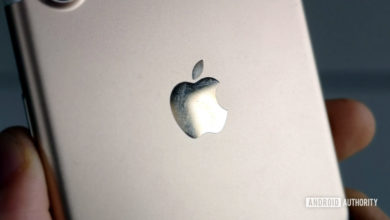