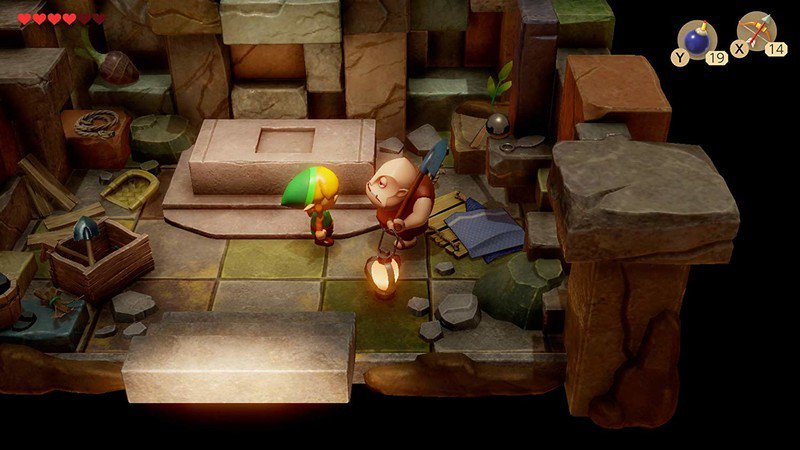 Want to make the most of the Dungeon Creator in Link’s Awakening? Here are some tips to load up on rupees and have the adventure of Link’s life

One of the few entirely new features in The Legend of Zelda: Link’s Awakening remake on Nintendo Switch is the Dungeon Creator, which lets you create custom dungeons out of rooms you’ve already visited in the in-game dungeons. You will get more and more ways to customize these dungeons the more you play of the game, until by the end you’re a dungeon creating master making your own challenges even tougher than those already in-game!

A remade return to Koholint Island

The Legend of Zelda: Link’s Awakening is a complete remake of the original game of the same name, now out on the Nintendo Switch. After Link washes up on a mysterious new island, he must clear dungeons, help the locals, and attempt to uncover the strange, dreaming, musical mystery of the island in order to eventually leave and return home.

This is mostly entirely for fun, though there are some benefits for engaging with the feature, such as a way to get more rupees and a way to share fun creations with friends. Here are some tips and tricks for making the most of the Dungeon Creator in The Legend of Zelda: Link’s Awakening

As you play through the Dungeon Creator mode, Dampe will give you a series of templates to make dungeons from that include specific challenges, such as requiring you to use staircases or to put treasure chests in certain configurations behind locked doors. When doing these, you’ll have to first build the dungeon, and then defeat it in order to pass the challenge.

Dampe will never assign you a task you don’t have the pieces to complete, and when you exhaust his tasks you’ll have to go clear another dungeon to unlock more. The reward for finishing these is more dungeon chambers to use on future challenges or on your own creations.

If you’re struggling with one of Dampe’s tasks, a good way to tackle them is to start designing your dungeon by placing the rooms he’s requiring you to place first — for instance, if you need to have two treasure rooms, put those down first. Then build an entrance and a Nightmare room, and then use the rest of your rooms to connect them.

If you’re finding you keep running into roadblocks, try making sure the rooms you’re putting down don’t have a ton of locked doors or staircases, as these often can trip you up. Lots of treasure chests is fine, though!

How to get more Dungeon Chambers

There are several ways to get more Dungeon Chambers for the creator, most of which are doable through normal gameplay.

The Dungeon Creator unlocks when you reach Dampe’s hut after completing the game’s second dungeon, and you’ll automatically receive all the rooms from both the first two dungeons for getting there. After that, any time you finish a new dungeon, you can visit Dampe to tell him of your adventures and get those chambers added. This also applies to the secret hidden Color Dungeon, so be sure to seek that out as well!

Beyond that, you can get additional new chambers by tapping Legend of Zelda amiibo (up to five unique chambers) and finishing dungeon creator tasks for Dampe, which will net you a new one for each you complete.

Playing the Dungeon Creator mode is mostly for fun and not any particular reward. If you’re playing it, you may be there just because you want a challenge, either to beat your own time (as the dungeons are timed) or just to test your own skills.

If you’re designing dungeons for challenge, consider getting deeper into Link’s Awakening to unlock new “Plus” effects for the dungeon, which can add tricky obstacles such as Wallmasters or other enemies. You can also design dungeons that are very enemy-heavy to test your stamina, or create challenges for yourself such as beating a dungeon with only arrows or bombs.

You can also tap a Link’s Awakening amiibo to summon a shadow Link to chase you through the dungeon, which makes things more frantic as well as more dangerous.

One actual advantage to doing the Dungeon Creator is that Dampe lets you keep any rupees you win in the created dungeons. You don’t get to keep items like bombs, but it does work as a good get-rich-quick scheme.

To facilitate this, try designing dungeons with very few locked doors and lots of chests. After you collect all necessary small keys, all treasure chests you open after will contain rupees, so you can collect piles of rupees and then take them out of the dungeon to spend on expensive items like the Bow and Arrow set.

The Dungeon Creator isn’t Mario Maker — there isn’t an online community where you can share with friends. But you can still pass on levels you’ve made to other through amiibo.

If you have a Legend of Zelda amiibo, select “amiibo” when talking to Dampe and then select “Store a Dungeon” to tap an amiibo and save a dungeon you’ve made to an amiibo. Then, if your friend taps that in their game, they’ll be able to play the dungeon you’ve made, and vice versa. Try making dungeons to challenge your friends, and asking them for their own challenges.

Other tips and tricks

A remade return to Koholint Island

The Legend of Zelda: Link’s Awakening is a complete remake of the original game of the same name, now out on the Nintendo Switch. After Link washes up on a mysterious new island, he must clear dungeons, help the locals, and attempt to uncover the strange, dreaming, musical mystery of the island in order to eventually leave and return home. 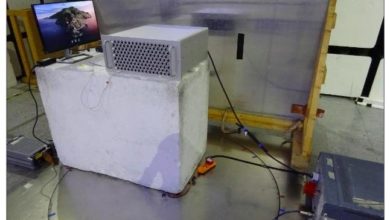 The new rack-mount Mac Pro looks….like a Mac Pro on its side 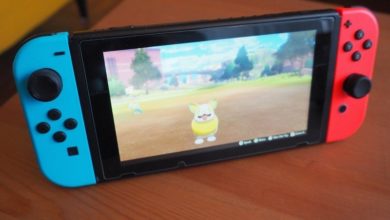 Pokémon Sword and Shield: How to camp and cook!