Apple TV+ is almost here and the content is rolling in.

While we wait for Apple TV+ to go live on November 1 there had been some suggestion that Apple could eschew the method of dumping all episodes of a show online at the same time. That was something first made popular by Netflix and some had wondered whether Apple would release a new episode of its shows weekly. But that doesn’t look to be the case. At least, not for Dickinson.

The show’s star Hailee Steinfeld was recently interviewed on The Tonight Show Starring Jimmy Fallon and talk obviously turned to Dickinson. Steinfeld said that the show would be “very easy to binge” after she confirmed that “in our case” all 10 episodes of Dickinson will be available on day one. That may leave wiggle room for that not being the case for all shows, however.

Dickinson follows the life of powet Emily Dickinson but with a modern twist. The show’s makers are going for a combination of comedy and drama and the music that accompanies the show will be thoroughly modern, too.

Apple TV+ will launch with a relatively small collection of shows on Noveber 1 and will cost $4.99 per month for the whole family. Buyers of new iPhones, iPads, Macs, and Apple TVs will also receive a free year subscription. Jimmy Fallon says that Apple TV+ is “changing the game” which might give you some insight into how the service is seen in showbiz circles.

With Apple TV+ now just weeks away we can’t wait to settle down to watch all of that new content. Which show are you most looking forward to watching? 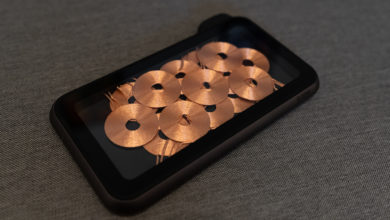 Have we hit peak smartphone?

The iPhone XS Max, the biggest iPhone yet, needs a case