I’ve been tearing my gadgets apart for as long as I can remember. Consoles, phones, printers, whatever — I’ve always needed to see what makes it all work. Sometimes they even work when I put them back together.

As soon as Google announced that the new Pixel 4 had friggin’ radar built-in for detecting hand gestures, I needed to see under the hood. While I haven’t picked up a Pixel 4 yet, our friends over at iFixit busted out the heat guns and did what they do best, tearing the Pixel 4 XL down to parts and uncovering the Project Soli radar chip along the way. 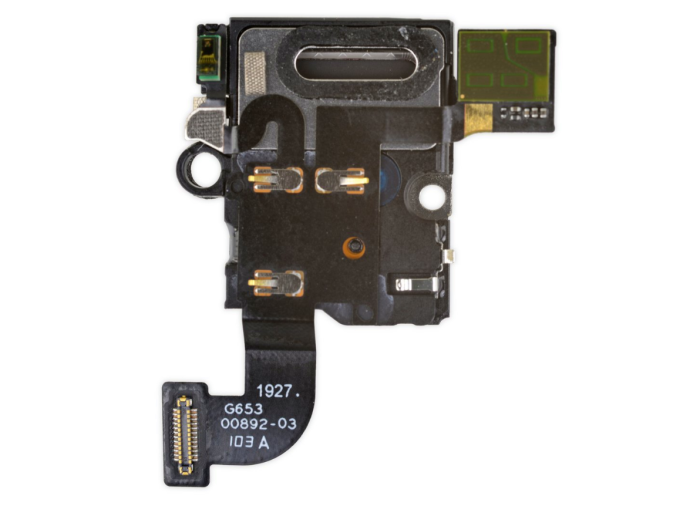 That board you’re looking at contains a good amount of stuff beyond the Soli chip — it’s also where you’ll find the earpiece speaker and the ambient light sensor, for example. The Soli chip seems to be that little greenish box in the upper-right area.

Alas, there’s… not a ton to learn just from looking at it. Google has spent the last few years working on this, and they’ve ended up with something that’s honestly a bit wild. With no moving parts, and without line of sight, these chips are able to do things like detect when people are near the device (and how many), whether they’re standing or sitting, how they’re moving their hands and more. As iFixit so succinctly puts it, “TL;DR: magic rectangle knows your every move.”

For anyone looking to tear apart the Pixel 4 XL themselves, be it to make repairs or just out of curiosity, make sure you know what you’re getting into. iFixit gives the device a relatively paltry 4 out of 10 on its repairability score, citing easily breakable pull tabs and particularly strong adhesives as obstacles along the way. You can find their full teardown here. 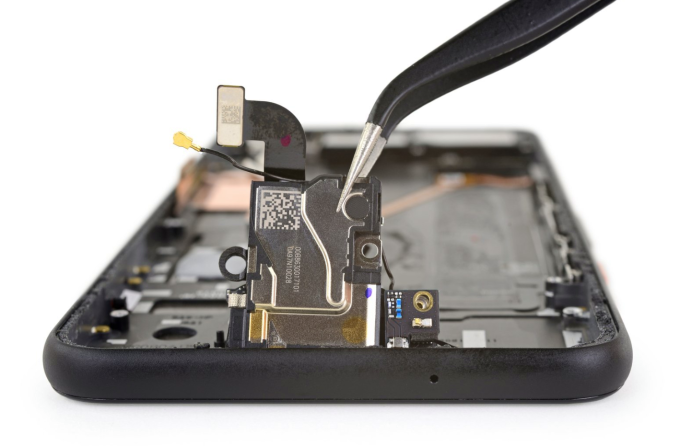