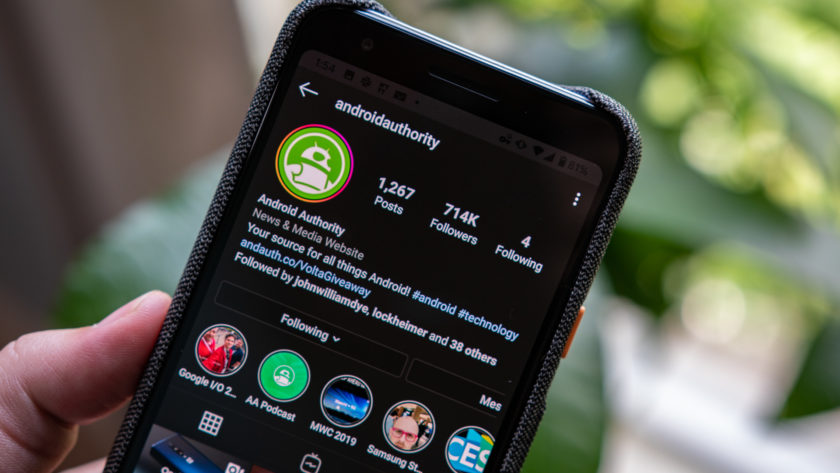 Dark mode is probably one of the most popular features in the modern user interface. From apps to operating systems, Apple to Google, smartphones to laptops, many of the products we use today have some type of dark mode integrated into the user interface.

Did you know dark mode isn’t actually a modern invention? And did you know there are actually downsides to switching your apps to dark mode?

A bit of history on dark mode 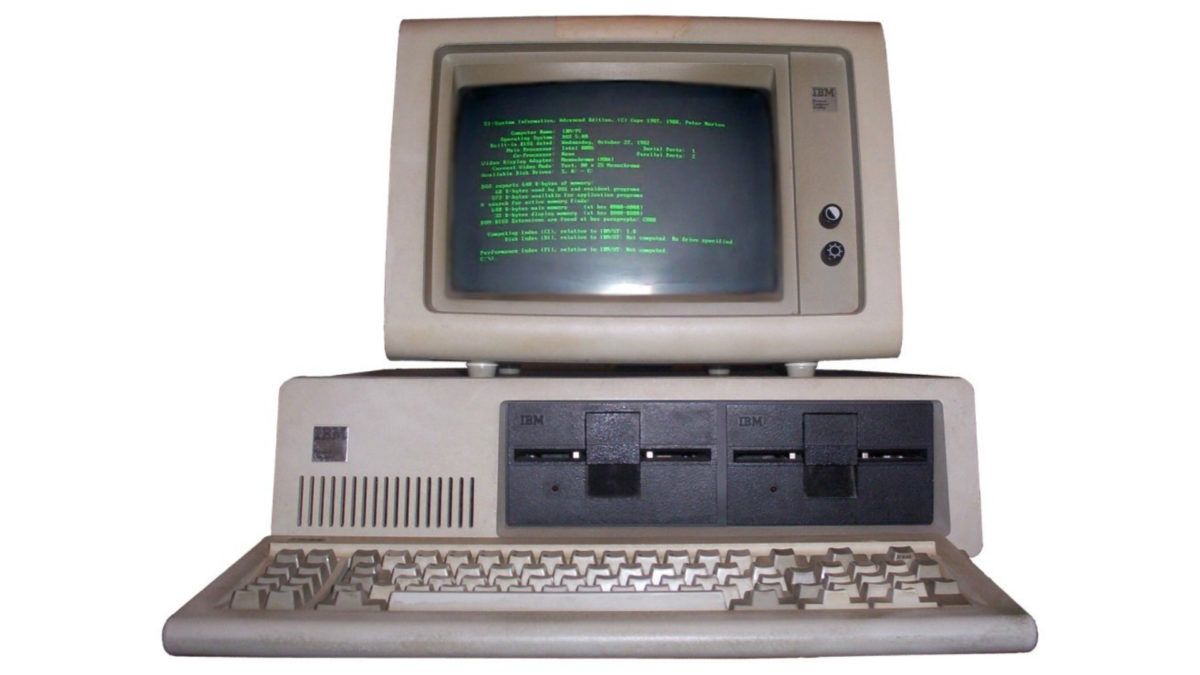 Millennials might not relate, but some of the earliest home computers used monochrome CRT monitors which displayed greenish text on a black screen. Many early word processor machines (yes, there were dedicated machines for what you can now do on Microsoft Word) also allowed for typing white text on a black background. 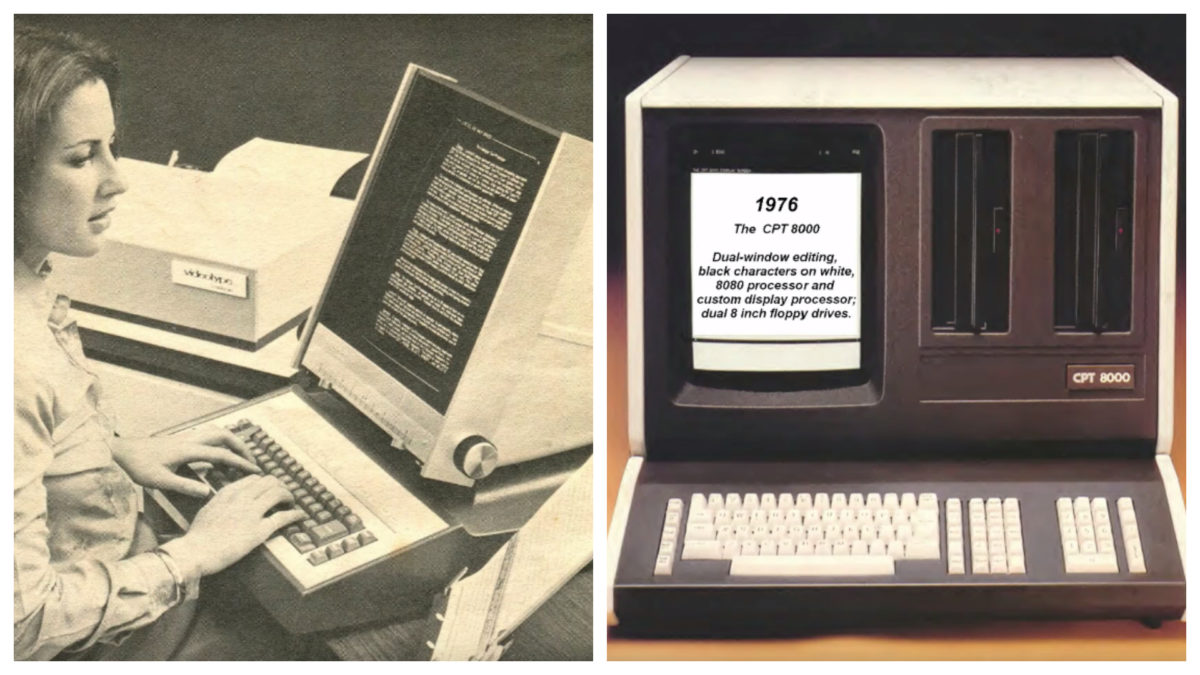 All this changed in the 80s when companies like Xerox and CPT Corporation made word processing machines that had a white screen with black text. This was done in order to replicate the look of ink on paper.

Fast forward a few decades and dark mode is back in full swing. Companies like Apple and Google heavily advertised dark themes for all their products and the world followed suit. 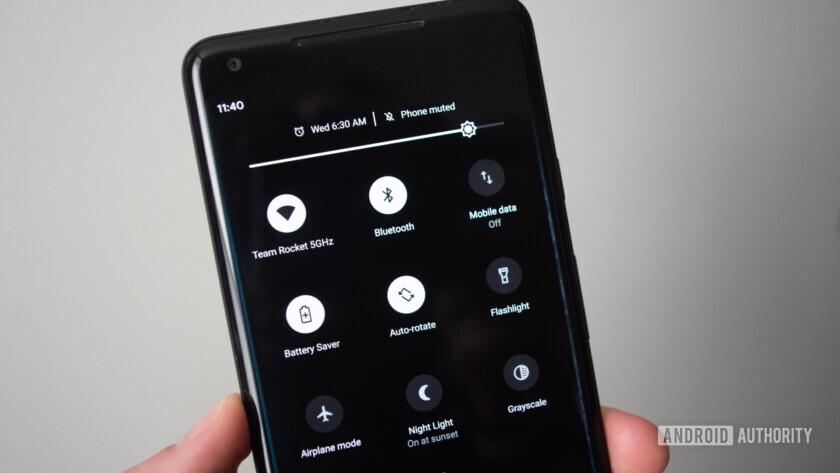 The most commonly known and scientific advantage of dark mode is that it saves energy consumption on devices with OLED or AMOLED displays. On OLED panels, each pixel is individually lit. When the background is white, all the pixels are turned on and the display demands more power. When pixels are black or even dark grey, as is the case in dark mode, the display’s power requirements are naturally lowered.

This power-saving ability of dark mode is limited to OLED screens, so phones, monitors, and laptops with LCD displays don’t really benefit from it.

Does ‘true black’ dark mode save more battery than dark gray? Yes, but also no

Towards the end of November last year, Google finally admitted that dark modes are, in fact, good for your OLED smartphone battery. Since then, the company has rolled out dark themes to many of its …

Another utility of dark mode we so often hear about is that it cuts harmful blue light. Blue light is a high-energy visible light spectrum with the shortest wavelength. The biggest natural source of blue light for human beings is the Sun, but our phones emit trace amounts of blue light, too.

According to a Harvard Health paper, excessive exposure to blue light can suppress the secretion of melatonin, a hormone important for getting proper sleep at night. (It’s really not something you should be worried about, though!)

Companies often make sweeping claims about how dark improves visibility, reduces eye strain, and makes it easier to use a device in low light. But that’s not always the case.

Why not to go dark? 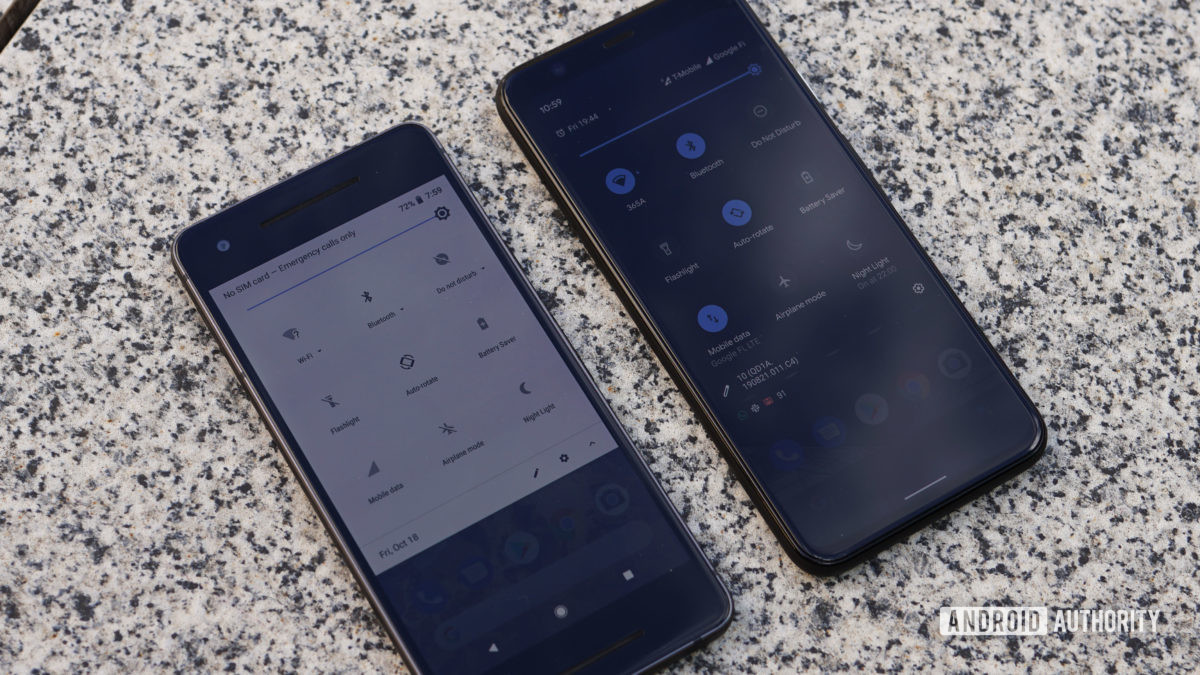 While many people feel more comfortable using dark mode in dimly lit conditions, it’s not always advisable to do so.

Human beings are naturally adept at seeing things more clearly in the day time and not so much at night. We have evolved to see dark on light, whether it be objects in our natural surroundings during daylight or written text on paper. So in the most primal of ways and for reasons of better contrast, it’s better for us to see dark on light rather than the other way around.

An important moot point which goes against the use of dark mode for better visibility is that the light on dark theme — especially for text — is not necessarily good for everyone.

You could have astigmatism 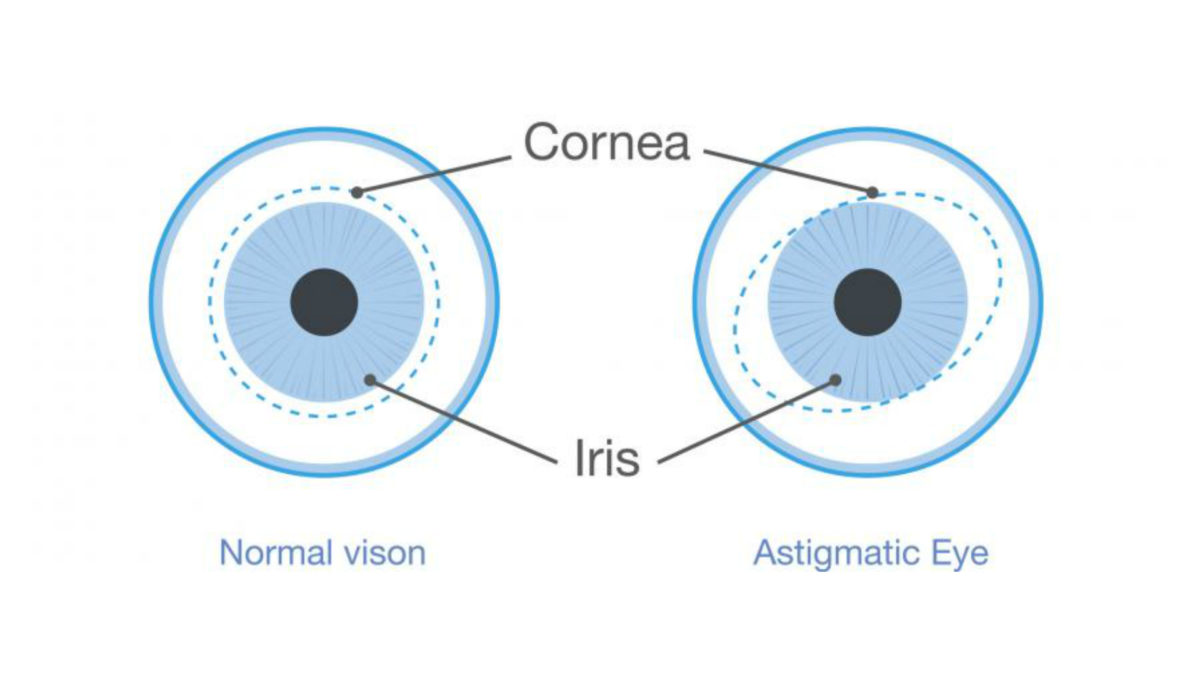 According to the American Optometric Association, a condition called astigmatism is very common amongst people. Schaeffer Eye Center writes that nearly 30% of varying populations suffer from different degrees of the condition. Astigmatism causes blurred vision due to the irregular shape of one or both eyes. It can make it more difficult for people to read light text on dark backgrounds. A 2014 Gizmodo article cites the Sensory Perception and Interaction Research Group at the University of British Columbia:

People with astigmatism (approximately 50% of the population) find it harder to read white text on black than black text on white. Part of this has to do with light levels: with a bright display (white background) the iris closes a bit more, decreasing the effect of the “deformed” lens; with a dark display (black background) the iris opens to receive more light and the deformation of the lens creates a much fuzzier focus at the eye.

It’s possible you suffer from astigmatism and don’t even know it. While you could get this checked out by your optometrist, it may be the reason you don’t feel great about reading stuff on your phone with dark mode turned on.

It’s in your eyes

Black text on white background makes for the best readability, hence best comprehension and retention. Why? Because the color white reflects all wavelengths of the visible spectrum. The iris does not need to widen in order to absorb more light.

When you see light text on a dark screen, the edges of it seem to bleed into the black background.

Since the iris does not widen when looking at a white screen, the pupil remains narrow and you need to make less of an effort to focus on things. When you see contrasting black text on a white background, you can focus on it immediately.

In dark mode, your pupil needs to expand to let in more light. When you see light text on a dark screen, the edges of it seem to bleed into the black background. This is called the halation effect (via Make Tech Easier) and it reduces ease of reading.

Remember, the eye is made up of muscles. The more strain you put on it trying to read something, the more it’ll get worn out. If you are not comfortable reading light text on a dark background, don’t force it. 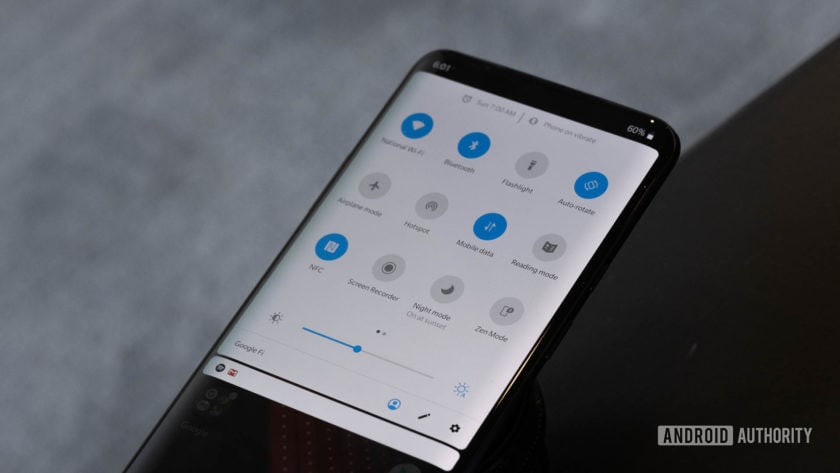 You know the feeling when you’re comfortably sleeping in a dark room and someone suddenly draws open the curtains to flood the room with sunlight? You feel a sudden shock in that moment because your iris hasn’t adjusted to the amount of light it needs to take in.

When you view things in dark mode for a prolonged period of time, say a few months, your eyes get accustomed to letting in less light. Because of this, when you do look at a bright screen from time to time, you feel a sense of discomfort.

This comes from personal experience. I’ve been using dark mode across my phone, PC, and tablet for about three months now. When I described my growing aversion to bright screens to a surgeon friend, he explained that this is a pretty common phenomenon when the eyes get conditioned to dark mode.

Thankfully, he told me that this increase in sensitivity to brightness isn’t a permanent issue and will resolve itself if I start using white screens more often. It’s just a matter of striking the right balance.

You can now swipe between accounts in Gmail and new signs of a dark mode, too

Facebook’s dark mode is finally on the way

The same Harvard paper that talks about the harmful effects of blue light also talks about an upside of exposure to the same. The paper explains that blue wavelengths are beneficial during daylight as they help uplift the mood.

Doctors at the American Academy of Ophthalmology also believe that a healthy exposure to blue light can maintain mental performance and decrease nearsightedness in children.

There is no scientific proof that blue light from devices causes damage to the eyes.

While it could be beneficial to cut out screen glare at night when the general surroundings are dark, it might not be good for you to switch off those pixels all the time.

There is also no scientific proof that blue light from devices causes damage to the eyes, nor is there enough research out there to show that dark mode makes you see better. In fact, researchers suggest that the discomfort people feel after looking at screens for too long is more because of  less blinking rather than brightness. 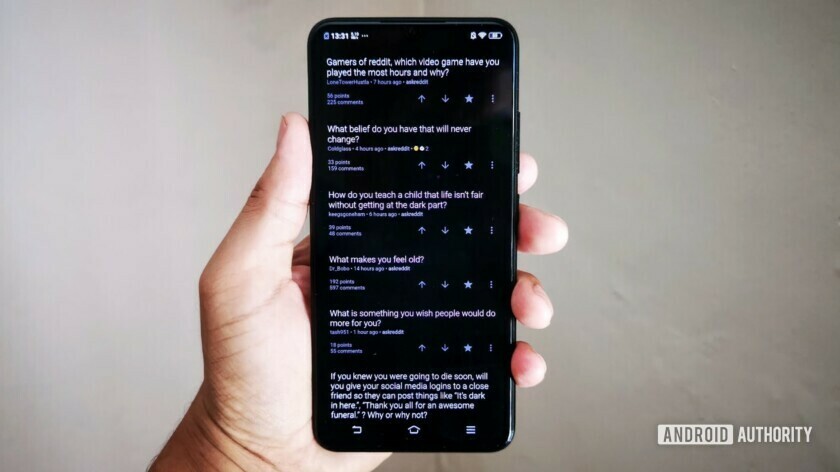 At the end of the day, everyone’s experience with dark mode is different. A lot also depends on the ambient lighting in which you use your screen.

While dark themes may be better suited for night, they aren’t necessarily helping you read better or saving your eyes from digital strain. You may also want to completely avoid them if you start noticing eyesight issues or increased sensitivity to light.

Are you all-in on dark mode, or do you stay away from it? Let us know!

Everything you get with Super Mario Maker 2 Limited Edition

Shred your digital files out of existence for just $20 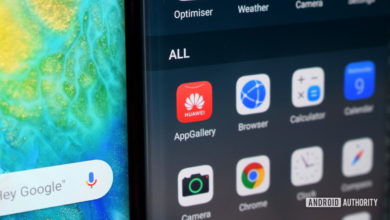