NVIDIA has a new family of Android TV-based streaming devices, as tipped early via a couple of leaks from online stores. The new NVIDIA Shield TV ($149) and Shield TV Pro ($199) replace the existing Shield TV generation of hardware, which debuted in 2017. Both new Shields offer new Tegra X1+ processors, which outperform the predecessor chip by about 25 percent, and make possible one of this Shield’s new highlight features: AI-powered 3K up-conversion for HD content.

Both Shield TV and Shield TV Pro also support Dolby Vision HDR content, as well as Dolby Atmos surround sound. The differences between the two devices center mainly around physical design, with the Shield TV adopting a cylindrical tube design, and the Shield TV Pro looking more like its predecessor (basically a small set-top box form factor). The Shield TV Pro also gets more RAM (3GB vs. 2GB), more storage (16GB vs 8GB) the ability to transcode 1080p streams when acting as a Plex Media Server, support for the SmartThings Link to turn it into a SmartThings smart home hub and advanced Android gaming support, along with two USB 3.0 ports. 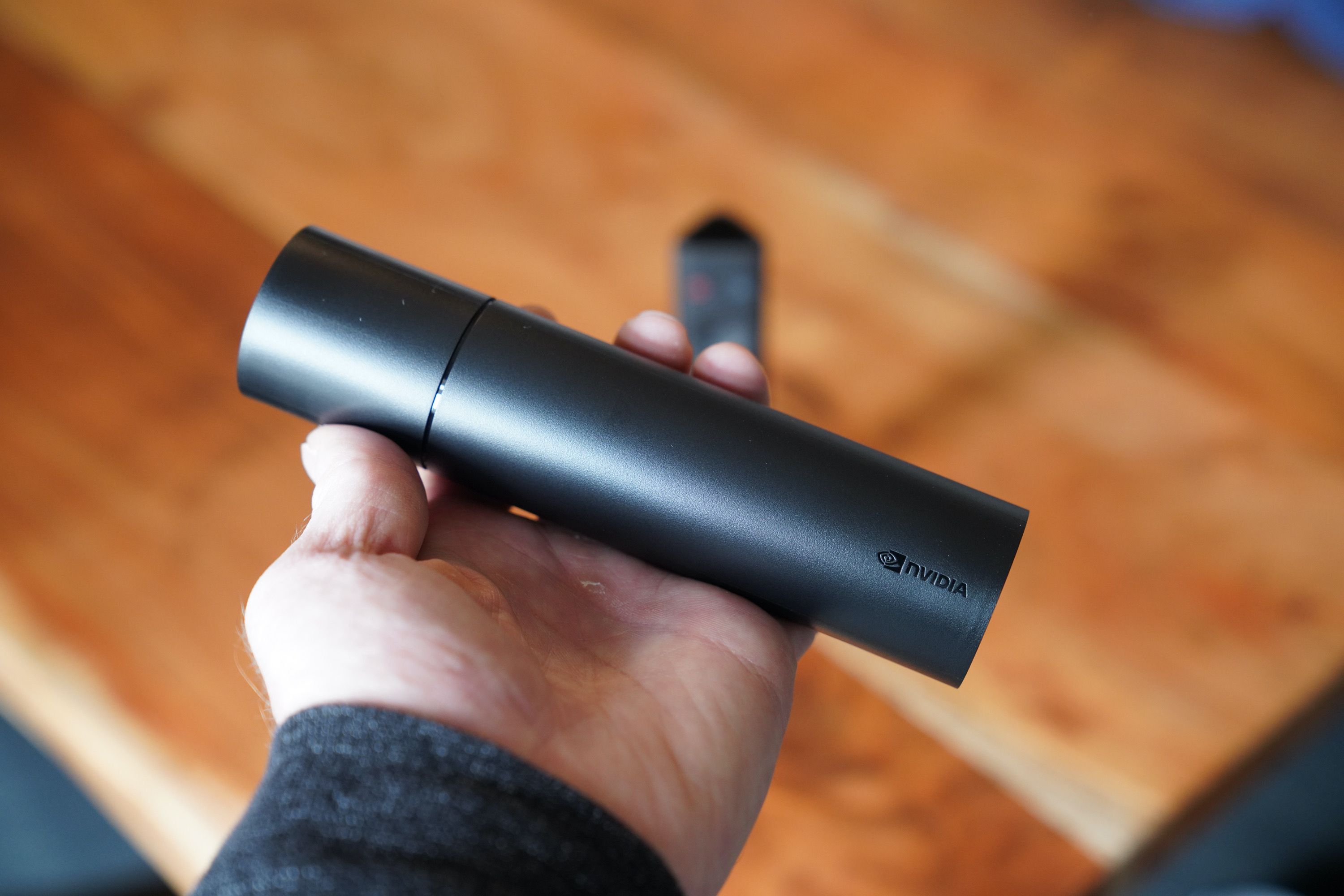 I’ve been using the Shield TV for around a week now, and this is definitely a worthwhile upgrade for anyone looking to get the best possible experience available in an Android TV home theater device. NVIDIA has clearly done a lot to survey the market, look at everything that’s come out in the two years since it last updated this hardware, and delivery generational improvements that help it stand out from the crowd in meaningful ways.

Android TV now ships on a lot of smart TVs, and there have been many generations of Roku and Amazon Fire TV devices introduced since we last saw a new Shield from NVIDIA – all of which adds up to needing to really do something special to ask for $149.99 from consumers to invest in a new dedicated streaming media box. NVIDIA has always delivered a lot of value for the upfront cost of their streaming hardware, with consistent updates over the life of the devices that add plenty of new features and improvements. But this new hardware packs in some excellent features not possible with software alone, and that are also unique when you look across the options available in this category.

Chief among the additions NVIDIA has made here is the AI upscaling made possible with the new Tegra X1+ chip. You might have heard of ‘upscaling’ before, and you might even think that your TV already handles that well. But what you probably don’t know is that often content from streaming media sources doesn’t actually get upscaled by your TV, which means if you have a 4K display but are often watching YouTube or other services with large quantities of non-4K content, you might not be getting the most out of your hardware.

NVIDIA has addressed this with on-device 4K upscaling, which is powered by on-device machine intelligence that has been trained on a deep neural network to turn both 720p and 1080p signals into much sharper, 4K-equivalent images. Having used this on a variety of content, including media streamed from YouTube, non-4K Netflix content and stuff from Plex, I can attest to its ability to produce visibly sharper images that look great, especially on my LG C8-series OLED 4K TV.

The Shield TV’s tech is trained on popular movies and TV shows, and so does a remarkably good job of guessing what the 4K version of the HD image it’s looking at should properly look like. Considering that there’s a ton of content out there that hasn’t been made available in 4K, despite now a lot of TVs supporting that resolution, this is a big advantage for NVIDIA, and again one that they uniquely offer among their peers.

These new Shields also support Dolby Vision and Dolby Atmos, across more services than anything else out there on the market right now. These HDR and surround sound modes really do offer the best audio-visual experience you can get, provided you have TVs and audio output equipment that supports them, but what you might not know is that even on other streaming hardware that technically support these standards, they might not be supported across all services.

Shield TV supports Dolby Vision and Dolby Atmos across Netflix, Amazon Prime Video, Disney+, Vudu and Movies Anywhere, so you should be getting the most out of these technologies, too. I asked about the forthcoming Apple TV+ service, which is rolling out to Roku devices, for instance, but NVIDIA didn’t have any news to share just yet – it does seem like it’s a good idea to stay tuned on that front, however.

Like AI Upscaling, Dolby support across everything might not seem like a big competitive advantage, but it’s absolutely a decision tipping factor for people who are looking for the best possible A/V experience in a home streaming device. 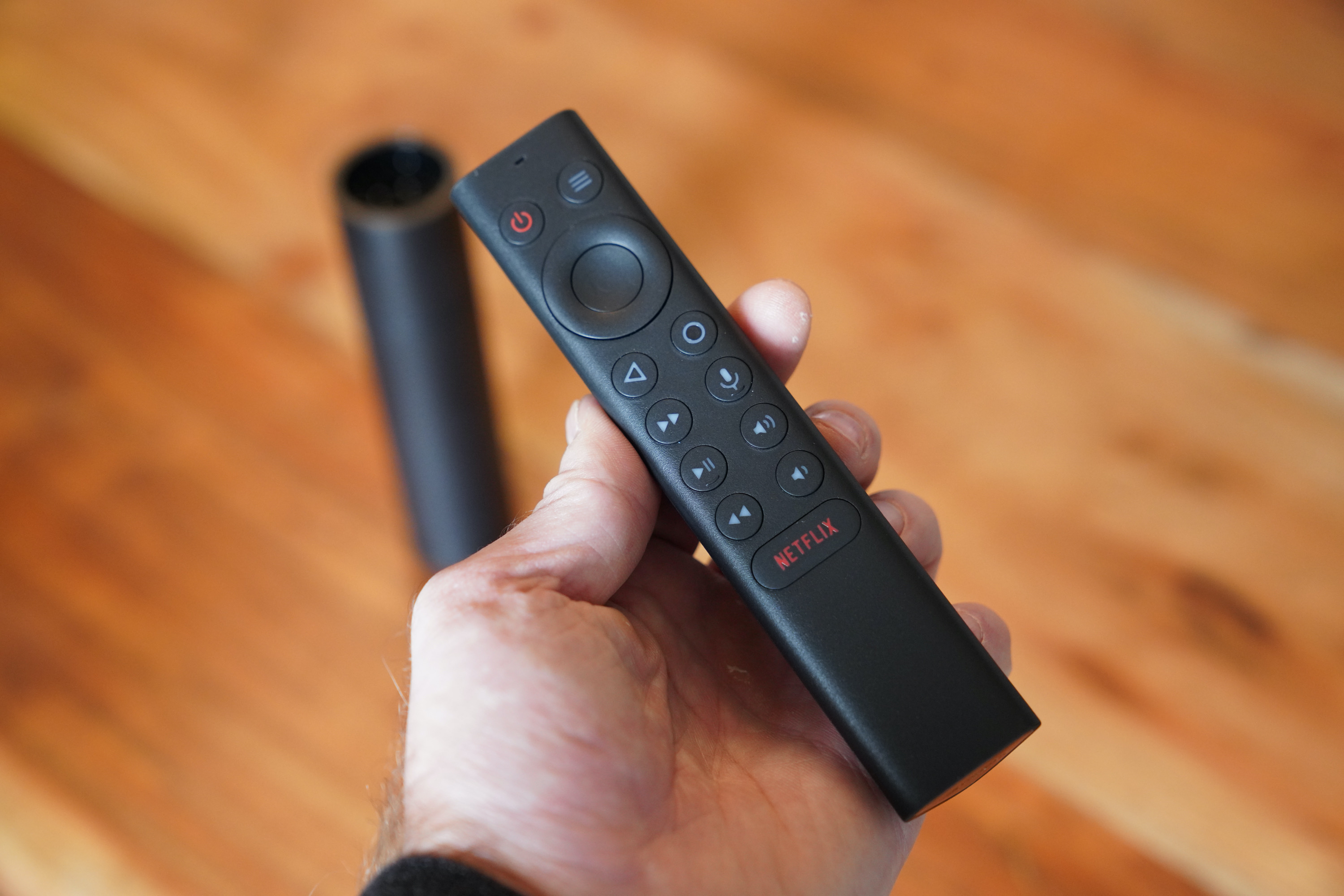 NVIDIA is shipping the new Shield TVs with a brand new redesigned remote in the box. There’s a dedicated ‘Netflix’ button, which is a nice touch, but the remote overall is just an improvement over both Shield remotes past, and other competing remotes, in every way. It’s powered by AAA batteries (included) and it has a new pyramid-shaped body design that makes it easier and more pleasant to hold.

There are also lots of new buttons! Yes, NVIDIA actually put buttons on their remote control – what a novel concept! Whereas the remote from the last generation seemed to be adopting a lot of the questionable choices Apple has long been making on their remotes, this one feels like it’s made with humans in mind, with dedicated play/pause, back, forward, volume and other buttons. A wealth of buttons.

This remote also has automatic backlighting, which will serve you well when using it in a darkened room. Because of the bulkier body design, it also stands on its end, and there’s a lost remote finding function, too. Chalk up a win for human-centric design with this remote, it’s a joy to use.

The design of the device is not flashy, but it is smart. There’s an Ethernet port, a power connector, an HDMI port and a micro SD card slot, dividing across both ends of the tube. This makes it perfect for placing behind a console or media bench, on the ground or next to your other power cables.

It still provides hardwired connectivity options in case you do things like in-home game streaming or GeForce NOW cloud gaming, and it offers expandable storage via the microSD slot.

NVIDIA’s new Shield is a great option for anyone looking for a versatile streaming device, with access to all of Google’s Play Store apps for Android TV, and support for the latest AV standards. It’s real bonus advantage is that AI upscaling, however, which is something that NVIDIA is uniquely poised to do well, and which goes a long way in making that $149.99 price point seem like a tremendous value. 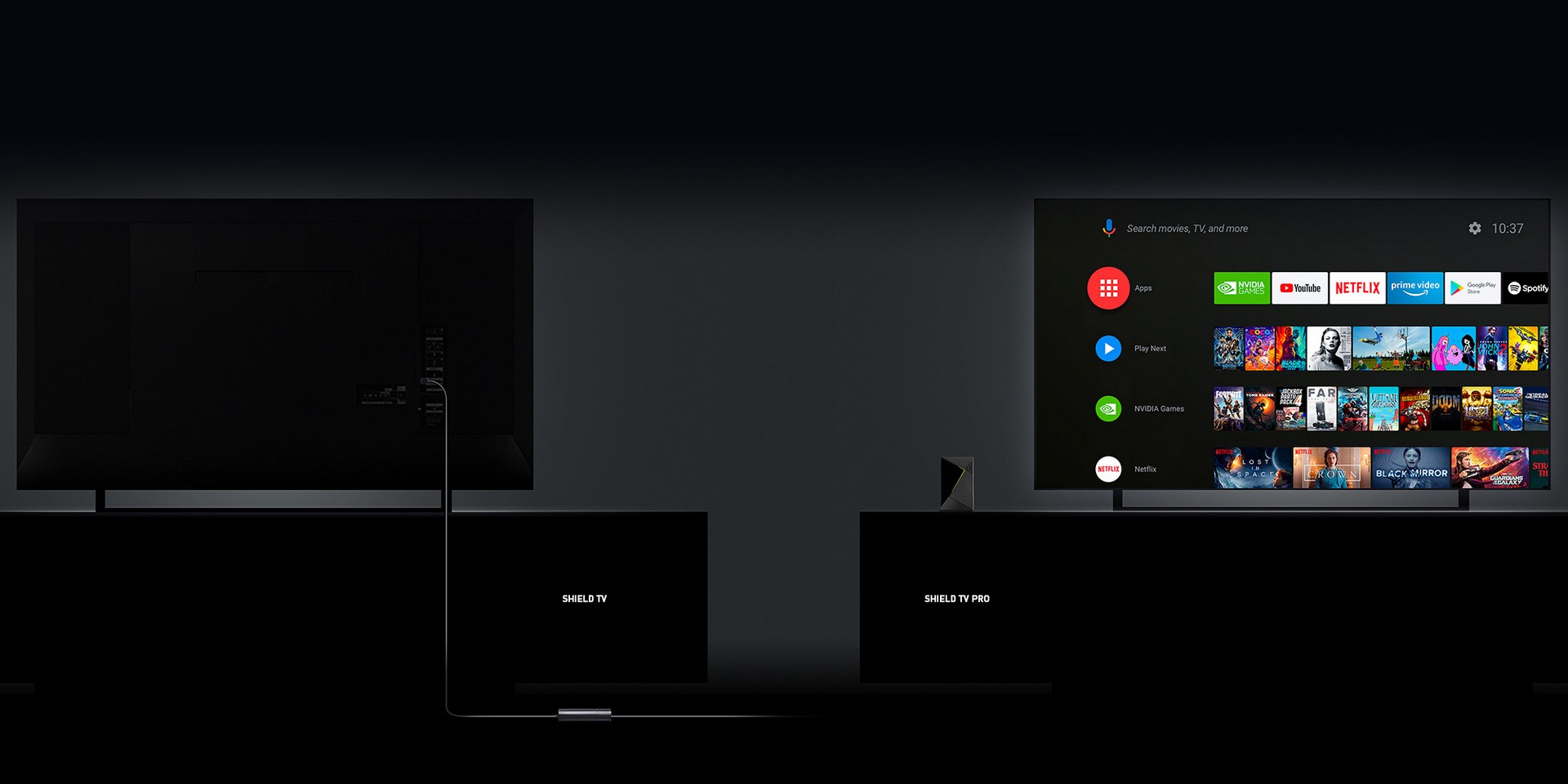 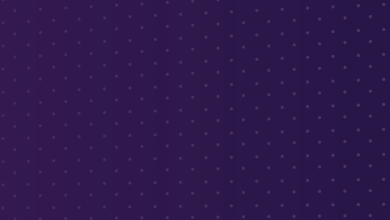 Samsung shows off Galaxy Fold in its own hands-on video 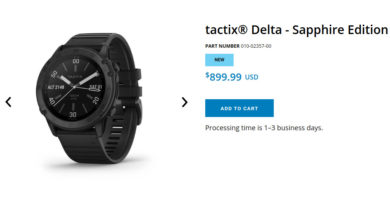 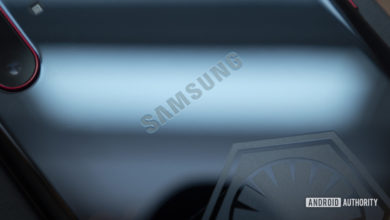