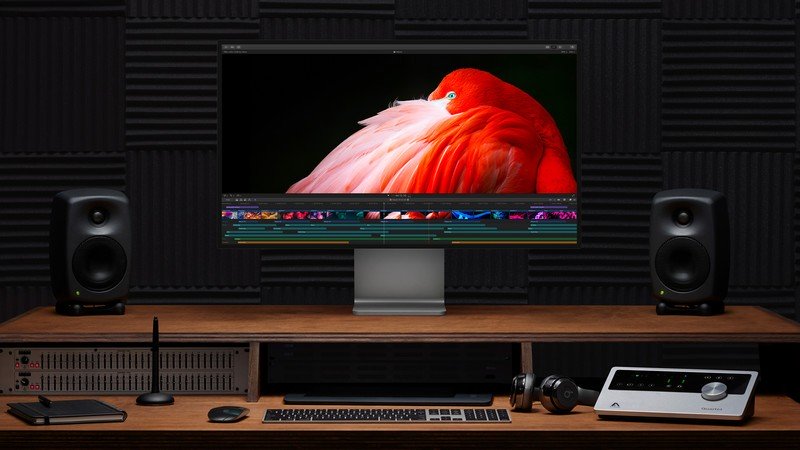 Mac Pro accessories are getting a new paint job.

The Mac Pro is still incoming and supposed to ship sometime this fall (which gives it until December 21st if anyone is counting). While we are all still waiting for its arrival, details of the new desktop continue to make its way out. Reported by 9to5Mac and noticed by Steve Troughton-Smith, the new Mac Pro will have some new color combinations available in its Magic Keyboard and Magic Trackpad accessories.

I somehow missed the fact that the new Mac Pro has a line of silver and black accessories instead of the Space Gray of the iMac Pro pic.twitter.com/i8GkDv8Kut

The new Magic Keyboards pictured come in the usual number pad and non-number pad variety, but instead of the space gray that dropped with the iMac Pro, the ones for the Mac Pro feature a silver base with black keys. The Magic Trackpad goes the same route, opting for a silver base with a black touchpad.

This is a solid move and makes these new accessories work aesthetically with almost all of Apple’s computers. While the space gray is gorgeous, the only computer that it pairs nicely in color to is the iMac Pro.

The new accessories will hopefully not only ship with the new Mac Pro, but come as individual products available to purchase on their own as well. When Apple released the space gray Magic Keyboard and Magic Trackpad initially, you were only able to get them by actually buying an iMac Pro. It took some time for them to become available on their own. With a little luck and some good faith towards the rest of their lineup, we won’t repeat history here.

The Mac Pro did just recently get FCC approval, so its launch is expected shortly.

Get ready to transfer data to your new iPhone XR

What type of film do you need for the Kodak Printomatic?