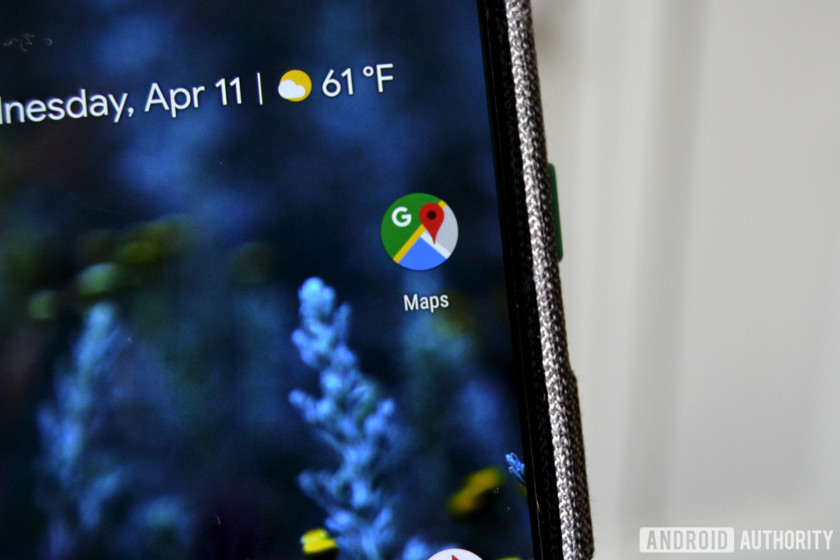 Update, November 1 2019 (2:00AM ET): Google quietly began testing an incognito mode in Google Maps back in September. Fortunately, the waiting is over as the search giant has announced that the feature is now rolling out for Android users.

The company made the announcement via its Google Maps support forum (spotted by Android Police), adding that incognito mode is rolling out in stages. So give it a few days if you don’t see it on your device just yet.

To activate the feature, you simply have to launch Google Maps, tap your profile picture, and “turn on incognito mode.”

Google adds that enabling incognito mode in the app doesn’t affect how your activity is used by other apps, other Google services, or internet providers.

Original article, September 19 2019 (2:05AM ET): Google Maps has received plenty of love in 2019, but the search company is reportedly hard at work on two more additions to the mapping service.

The company is testing an incognito mode in the preview version of Google Maps (version 10.26), according to Android Police. Google Chrome‘s incognito mode doesn’t record your browser history on the device or your Google account, and a similar principle is in effect here.

The Google Maps incognito mode won’t save your browsing history, update your location history/shared locations, or use your data to personalize the experience. Check out a screenshot below. 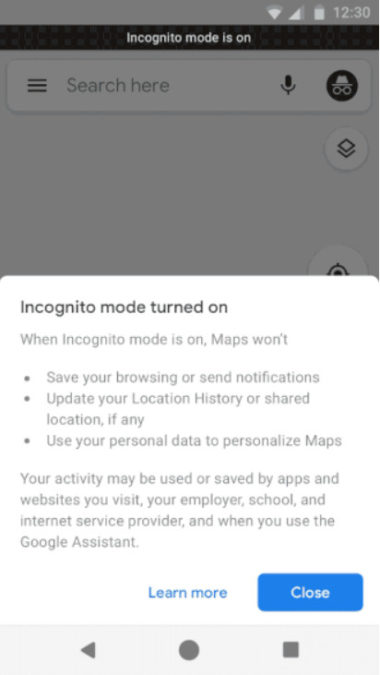 This might be handy if you’re doing shady things or looking for a birthday gift and don’t want someone to see where you’re going (if they have access to your Google account or device). It might also be useful if you’re going to a place you know you won’t like, and you don’t want Google to recommend similar places.

This year, Google Maps has had some really useful updates. It can monitor your commonly used public transportation routes, tell you what a restaurant’s most popular dish is, and even predict how crowded the bus …

Google Maps incognito mode isn’t the only interesting feature coming to the platform though. XDA-Developers has also uncovered references to an eyes-free navigation option in the preview version of the app.

The so-called Eyes Free mode will apparently reduce the need to look at the screen when walking around, as it will deliver more frequent and detailed voice guidance.

XDA also noted references to incident reporting for various situations, such as broken-down vehicles, obstructions on the road, and lane closures.

What features would you like to see in Google Maps? Give us your answers in the comments section!

Mobile VR headsets – what are your best options?

Learn how to develop your own decentralized apps with Ethereum

Google is making food delivery easier in Search, Assistant, and even Maps 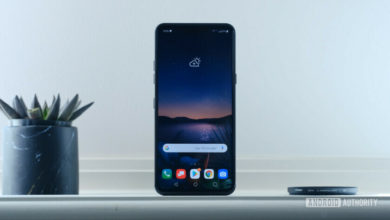