Whether your upset or happy about the look of the new Pokémon, here they are. 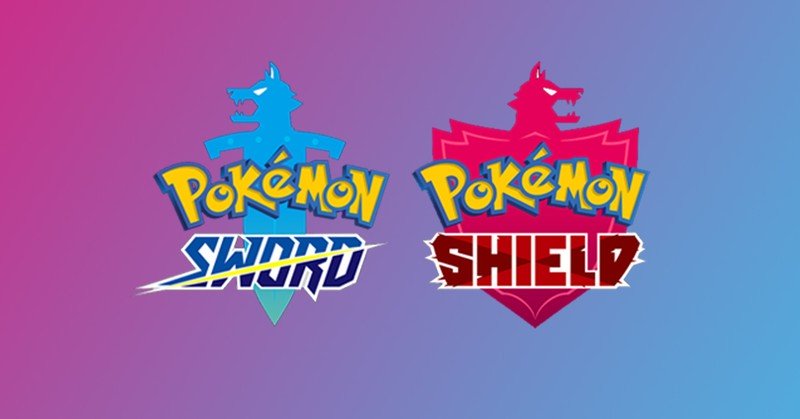 It’s less than a month away from the release of Pokémon Sword and Shield, but that hasn’t stopped several gamers from leaking specific creatures from the Galar region Pokédex. We’ve collected the images and names of each of these Pokémon leaks in one place so you can see them all from one convenient location.

Just keep in mind that since these are leaks, it’s possible that some of these are fakes. We’ll keep an eye out and will update this section as more pocket monsters are revealed.

There are some serious spoilers ahead! Turn back now if you don’t want to see anything.

Grookey’s final evolution, Rillaboom, looks like he’d be the leader of the drum section for college football.

This slinky water Pokémon ends up looking like some kind of spy. 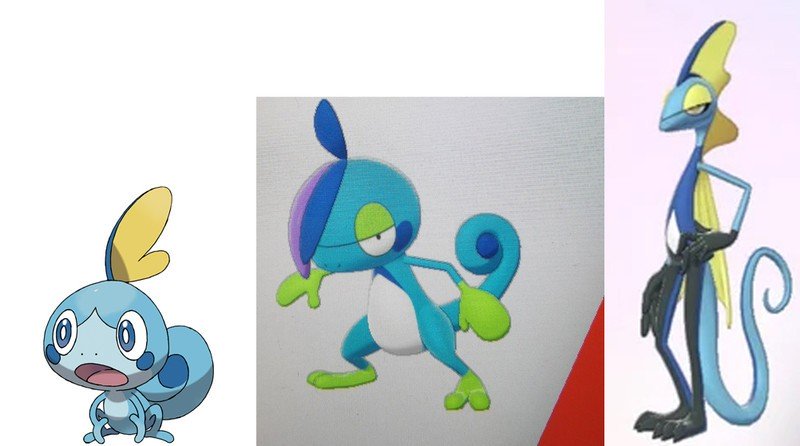 Scorebunny’s final evolution looks like he would be the mascot for a sports team.

We know that Wooloo turns into Dubwool, but we aren’t sure what this final evolution’s typing is. 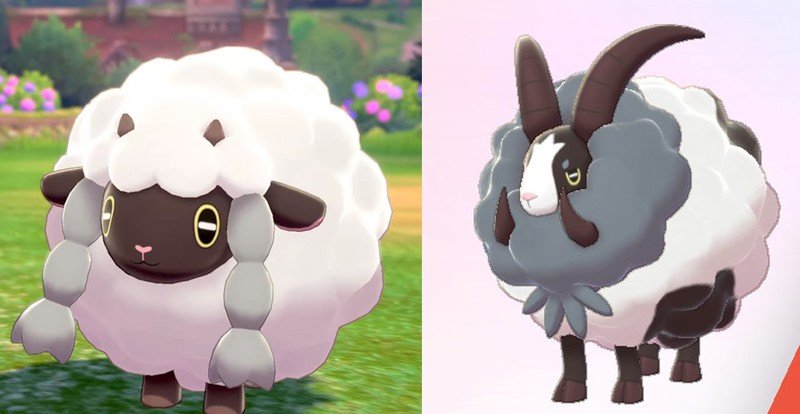 Some think Drednaw’s pre-evolution is weird-looking while others find him adorable. We’ll be curious to see if he’s also Water type. 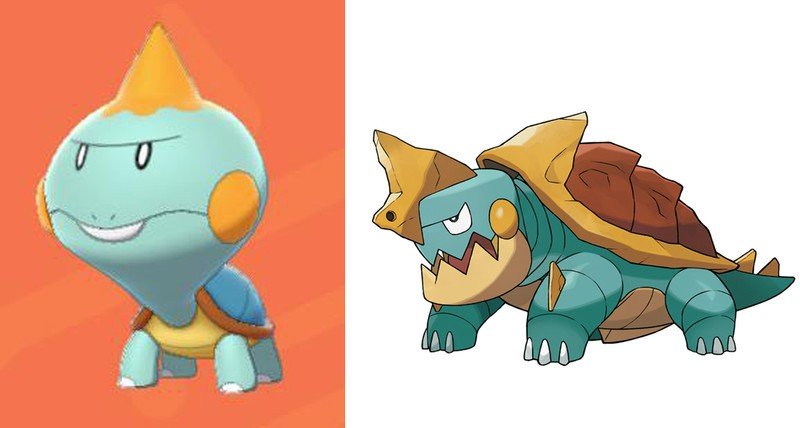 Wondering how the flying taxi got his start? Here’s every evolution leading up to Corviknight.

We were shocked to discover that the rainbow-maned Galarian Ponyta was Psychic type and not Fairy type. We’ll have to see if the same holds true for Galarian Rapidash. 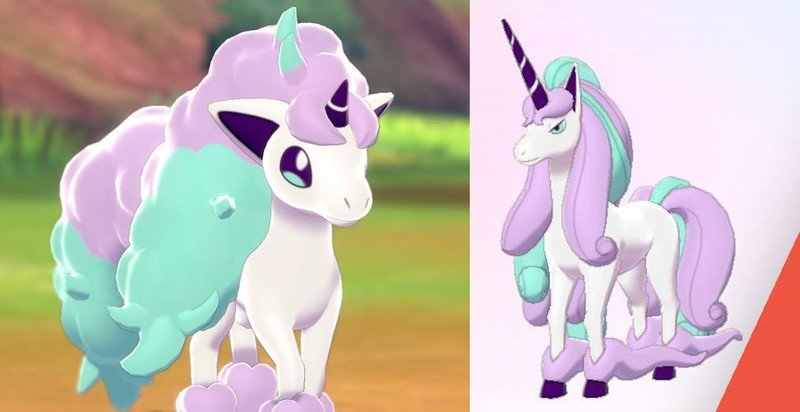 The queen is sure to be seen with a buzzing number of these electric canines. 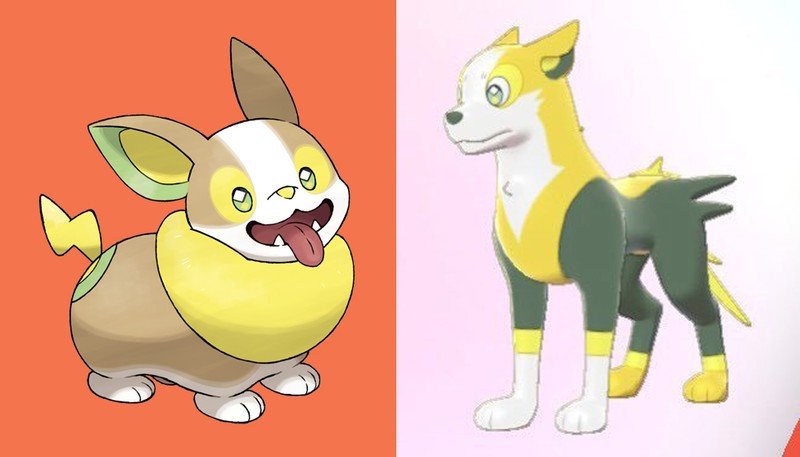 This mischeivious fellow jumped straight out of a fairytale. We’ll be curious to see if his later two evolutions are still Dark/Fairy type or if they’re something else. 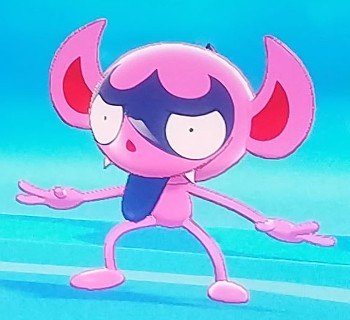 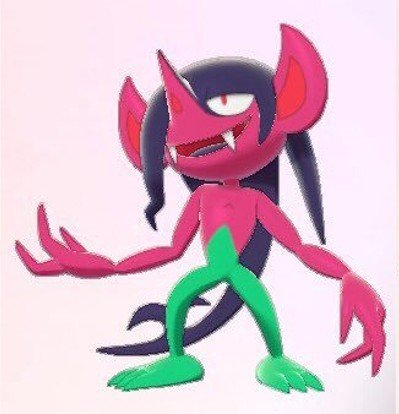 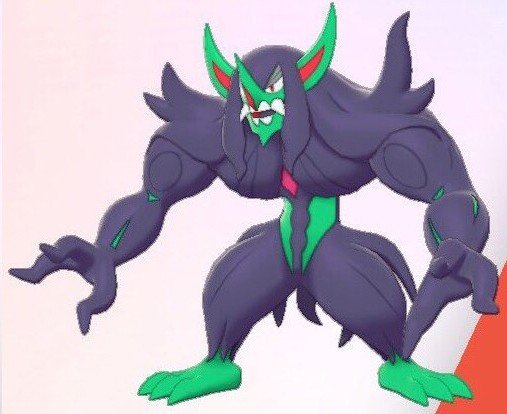 You should never cry over spilled milk, but the cuteness of these sweet evolutions might just move you to tears.

These charcoal Pokémon are a great way to allude to England’s Industrial Revolution. Fittingly, they’re all Rock/Fire types.

I’m honestly in love with these spook-tea Pokémon evolutions. We know for sure that the second evolution is Ghost type, but we still need clarification on the first evolution.

We aren’t sure what these types these creatures are, but we wouldn’t be surprised to learn they’re Water and something else.

This gorgeous creature popped up online, but so far we don’t know the names of the evolutions or their types. We’ll update when we learn more.

We don’t know much about these Pokémon other than they appear to be Galarian Meowth forms and/or their Galarian evolutions. We’ll dig and see if we can learn more about them. 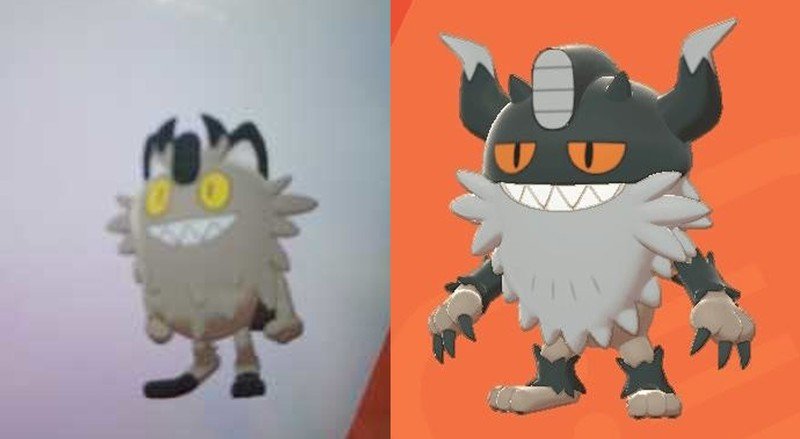 These awesome looking elephany Pokémon have some interesting color variation. Unfortunately, we don’t currently know what type either of them are. 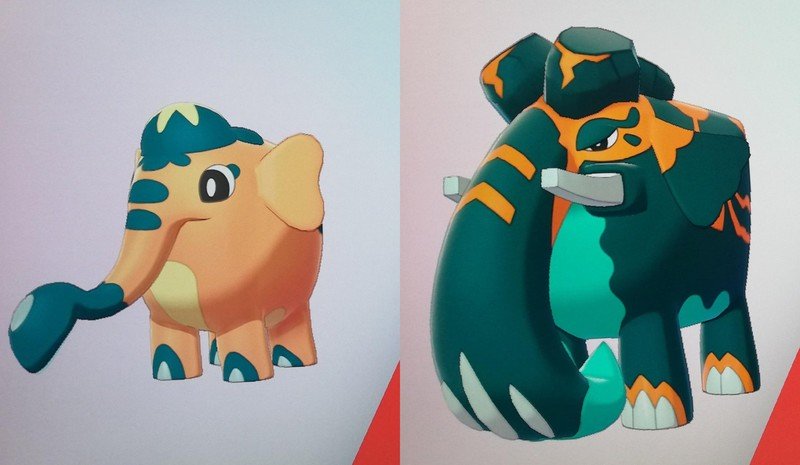 I absolutely love this grumpy-looking purple dude and his Spyro-colored evolution. We’ll have to wait and see if the evolved form is also Poison/Electric. 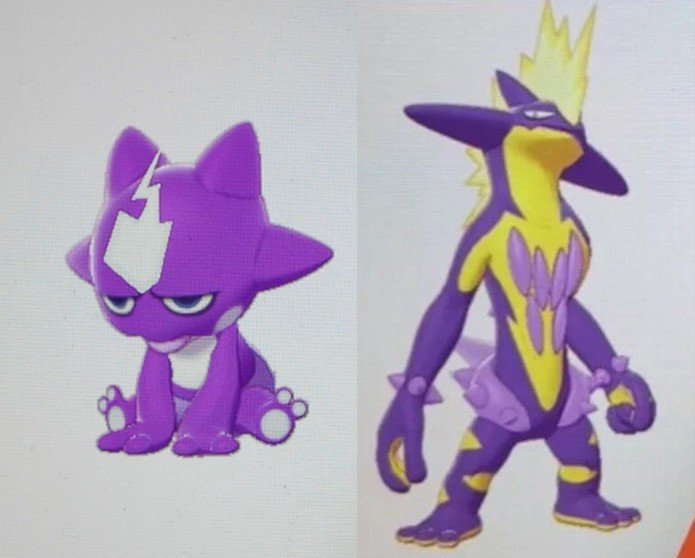 It’s hard to say what type these three will be. If I was to guess, I’d say either Normal or Fairy.

My guess is that these snakes are Ground-type Pokémon. Either way, I think they both have fun designs. 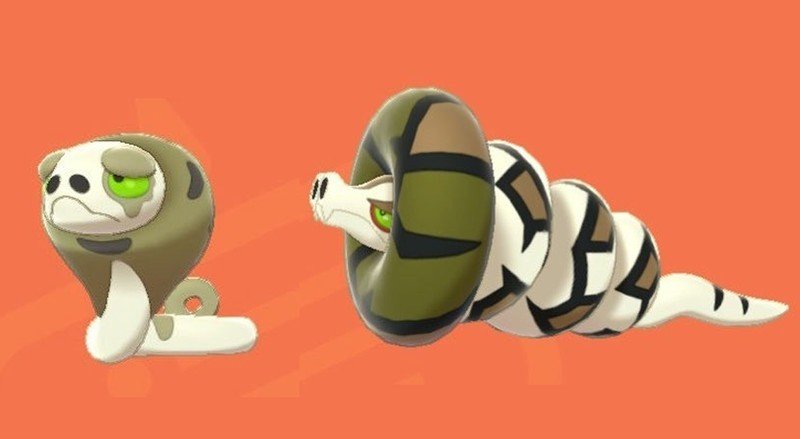 No Pokémon game would be complete without a new batch of bugs. It looks like these are Fire types, but that hasn’t been confirmed. 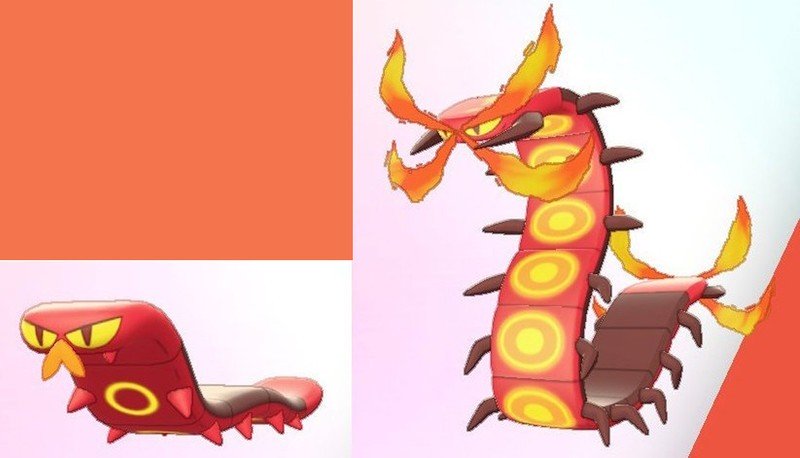 These sweet new Pokémon are Water and Fighting types. Look how the worried little guy becomes a confident boxer. 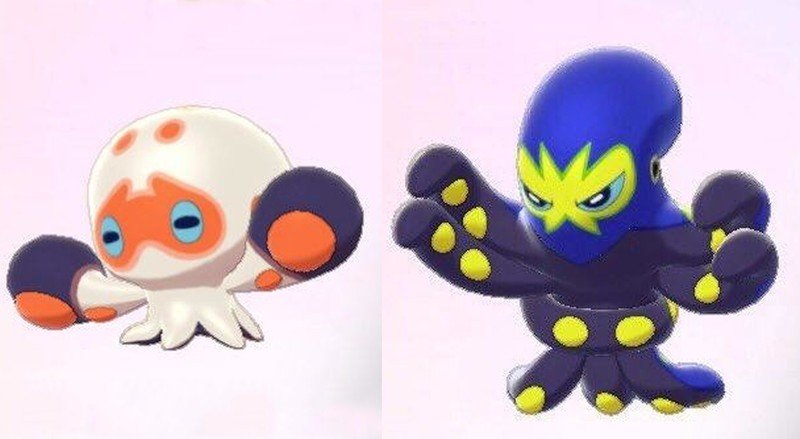 Snom nom nom. Ooh, these Pokémon are so cute! They’re both Ice/Bug types.

This evolutionary trio are all Bug/Psychic types. It looks like it starts off like a caterpillar and eventually turns into a ladybug Pokémon.

D’aww! Look at those chubby cheeks! These Normal-type Pokémon definitely belong in the U.K.-inspired Galar region. 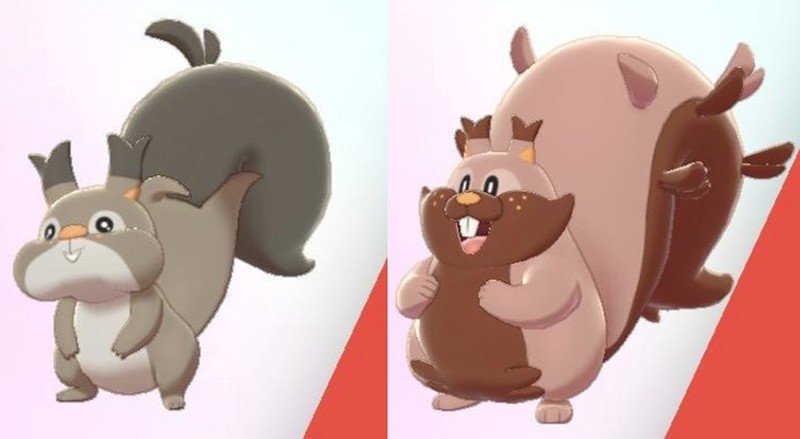 This haunting Galarian version is a statement on the current state of the ocean; sad and somber. 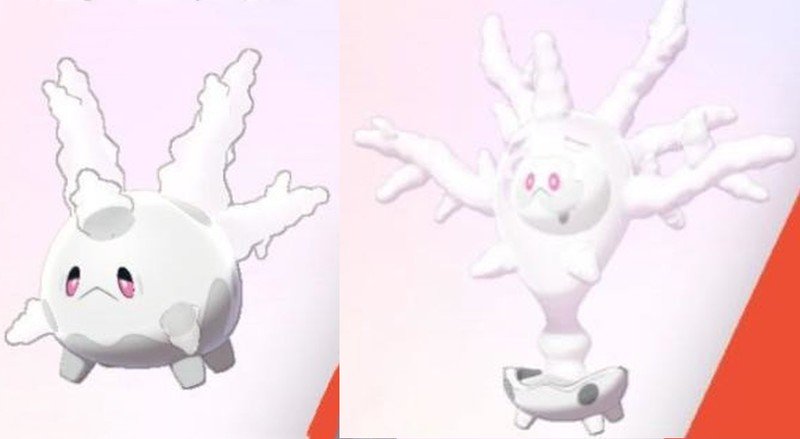 It looks like Mr. Mime has made some unfortunate life choices to get where he is now. We currently aren’t sure what type this variant is. 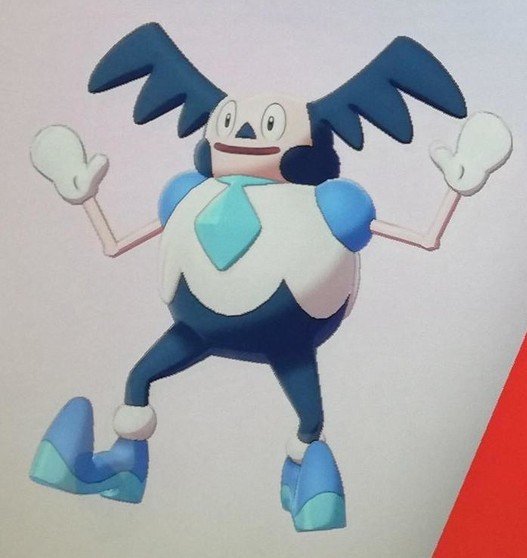 This guy looks like he’d either be Mr. Mime’s best friend or his bitter rival. We’re not sure what his type is just yet, but we’ll update when we learn more. 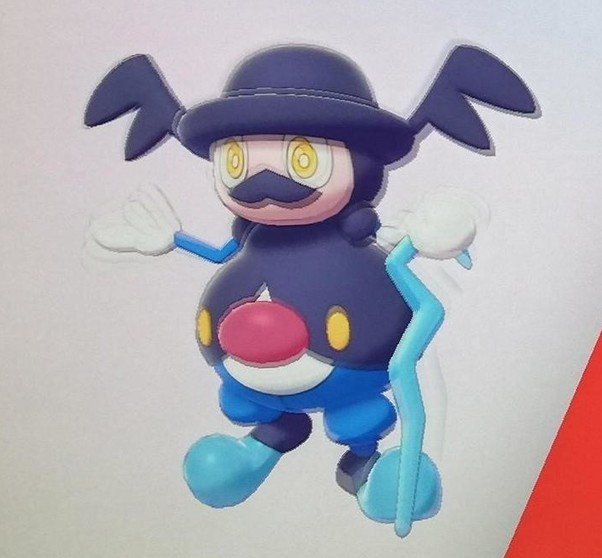 This is potentially the most iffy leak on this list. If this Abra does exist then we should expect to see updated versions of Kadabra and Alakazam as well. 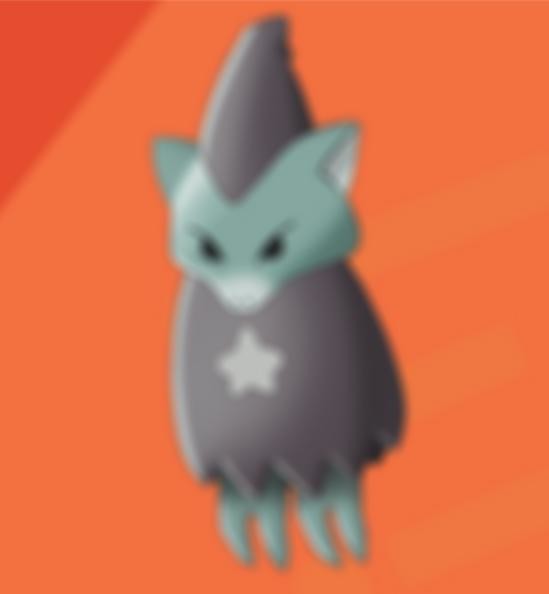 With it’s bear trap appearance, I’m guessing this variant is either a Dark or Ghost type Pokémon. We’ll have to wait and see if that’s accurate. 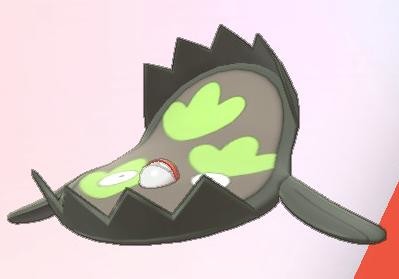 I can imagine this Pokémon turning to me after I’ve said something stupid and condescendingly saying, “indeed.” It’s absolutely adorable. We currently don’t know this Pokémon’s type. 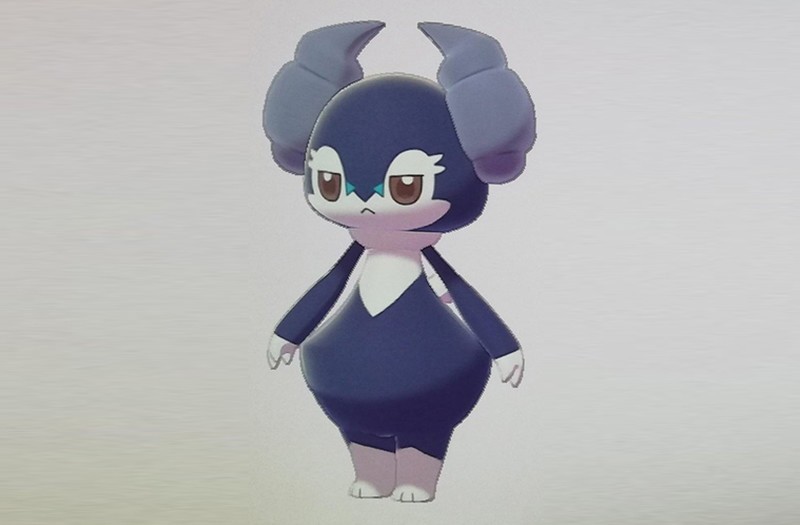 We currently don’t know that names of these adorable penguin Pokémon. Our guess is that they are Ice types, but we don’t know for sure. 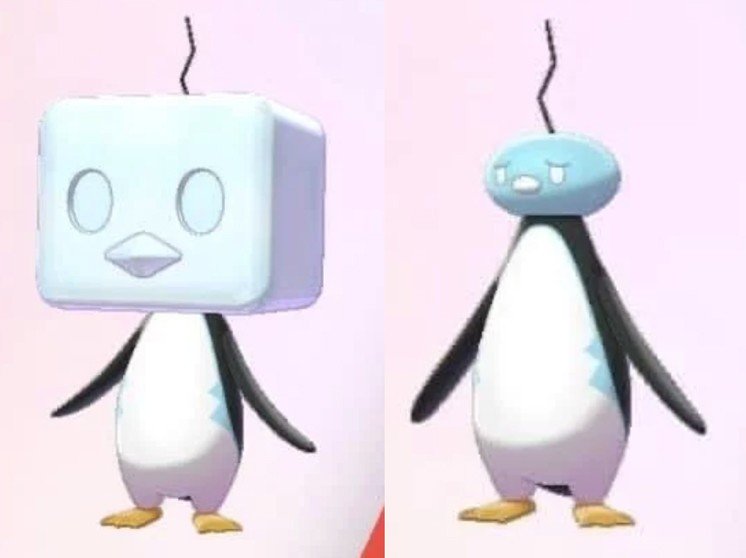 Stonejourner is likely a Ground or Rock-type Pokémon seeing as how he resembles Stonehenge. We’ll update when we learn more about it. 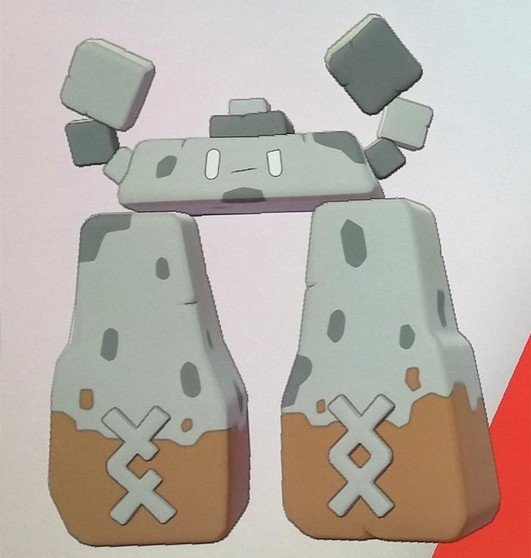 These adorable creatures appear to be apple Pokémon. Currently, it’s unclear if there’s a third evolution or not and we’re not sure on their typing either. 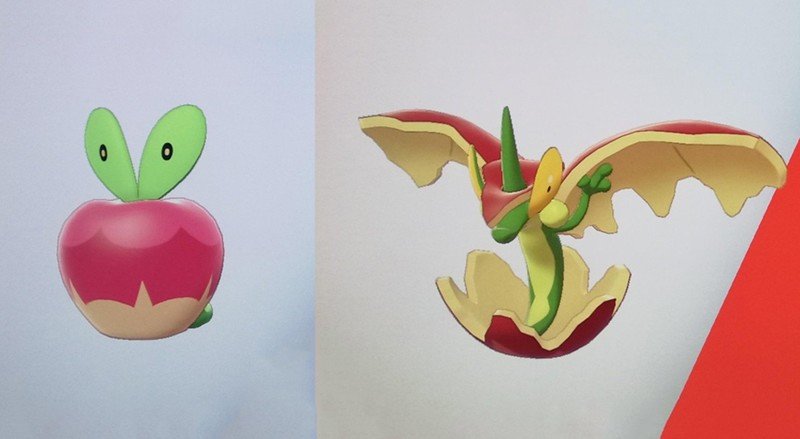 This trio of Pokémon each have a head shaped somewhat like a paper airplane. We currently don’t know their typing, but I’d guess it might be Flying type.

We don’t know much about this caterpillar bug. It’s likely that it has an evolution, but we don’t know for sure. 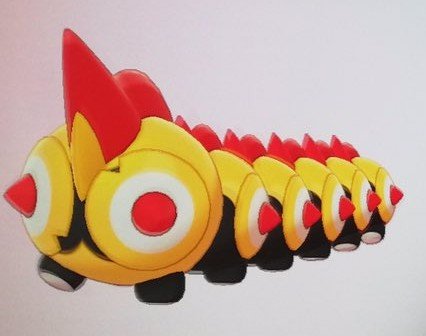 These appear to be icy versions of the Gen 5 Fire-type Pokémon. Look at those cute features. 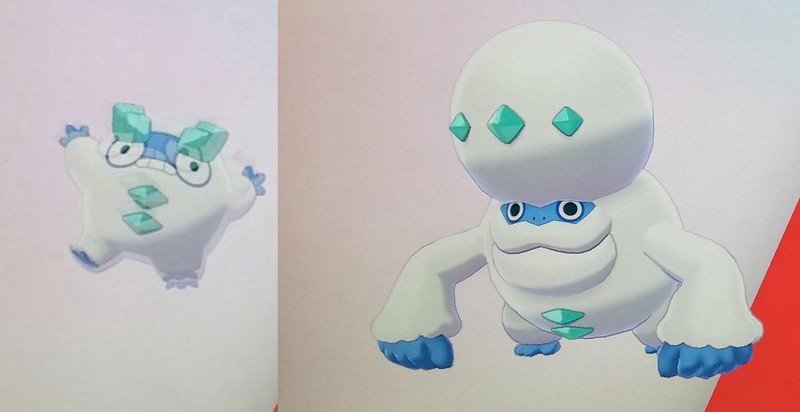 In Sword and Shield, you can choose a top fossil and a bottom fossil. Depending on which ones you choose, you’ll get one of these four Pokémon.

This appears to be the legendary Pokémon for the Galar region. We currently don’t know his type, but my guess is Psychic, Ghost, or Steel.

So many new Pokémon!

There you have it. Every Pokémon that’s been leaked so far. What do you think? Have we missed any? Do you love any of them? Do any of them seriously disappoint you? Tell us about it in the comments.

Defenders of the realm 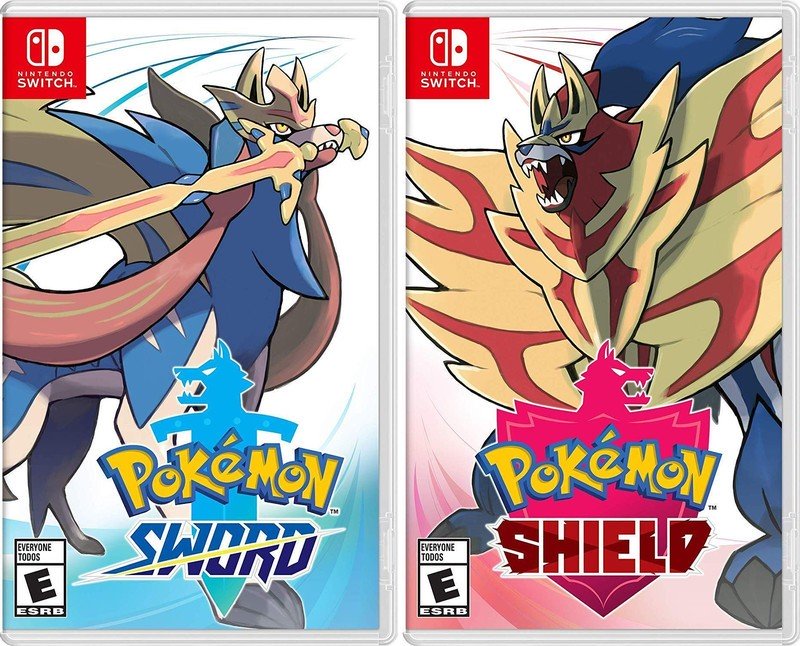 One of two new Pokémon adventures

Travel around the Galar region acquiring new Pokemon. You’ll take on eight different gyms and the Champion to prove that you’re the greatest trainer there ever was. 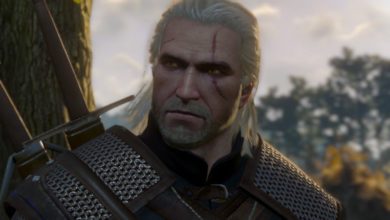 The Witcher 3 on Nintendo Switch might not look as good, but it’s portable 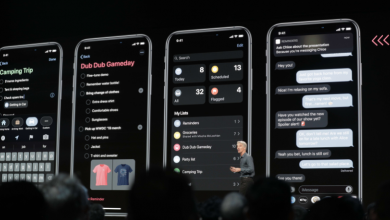 How to set up multiple accounts on your Apple TV