One hundred and eight megapixels! That’s a gargantuan number for any camera, not just the sensor packed inside the Xiaomi Mi Note 10. With such a huge resolution, this camera is worthy of a thorough investigation. We’ll have a highly detailed look at the smartphone’s full array of cameras, but for now, we’re going to focus on some early impressions of the industry’s first 108MP sensor.

Before we get into the camera comparisons, some notes about the camera hardware. The main camera uses Samsung’s ISOCELL Bright HMX 108 MP sensor, which measures 1/1.33-inch across. That sounds small, but it’s bigger than the Huawei Mate 30 Pro’s 1/1.7-inch sensor and significantly larger than the 1/2.55-inch sensor inside the new Google Pixel 4. In theory, a large sensor means better light capture. However, dividing that sensor by 108MP megapixels means that each pixel is just 0.8μm in size. Although, combining four pixels together via “pixel binning” enables an effective size closer to 1.6μm when shooting in the default 27MP mode. For comparison, the Huawei Mate 30 Pro’s 40MP 1/1.7-inch sensor has a 1.0μm default size, up to 2.0μm when taking 10MP pixel binned snaps. Meanwhile, the Google Pixel 4’s camera pixels are 1.4μm in size.

Individually, the Mi Note 10’s pixel sizes are a tad smaller than the competition, which means there’s a slightly higher risk of noise. Xiaomi has paired the sensor up with an f/1.69 aperture lens. This is a fraction wider than the Mate 30 Pro and Google Pixel 4, which offer f/1.7. There’s really nothing in that small difference in terms of light capture, as both apertures are very wide. What’s going to be more important is whether the 7-layer lens in the Mi Note 10 is any good. Building such wide aperture lenses without distortion is a very tricky business. 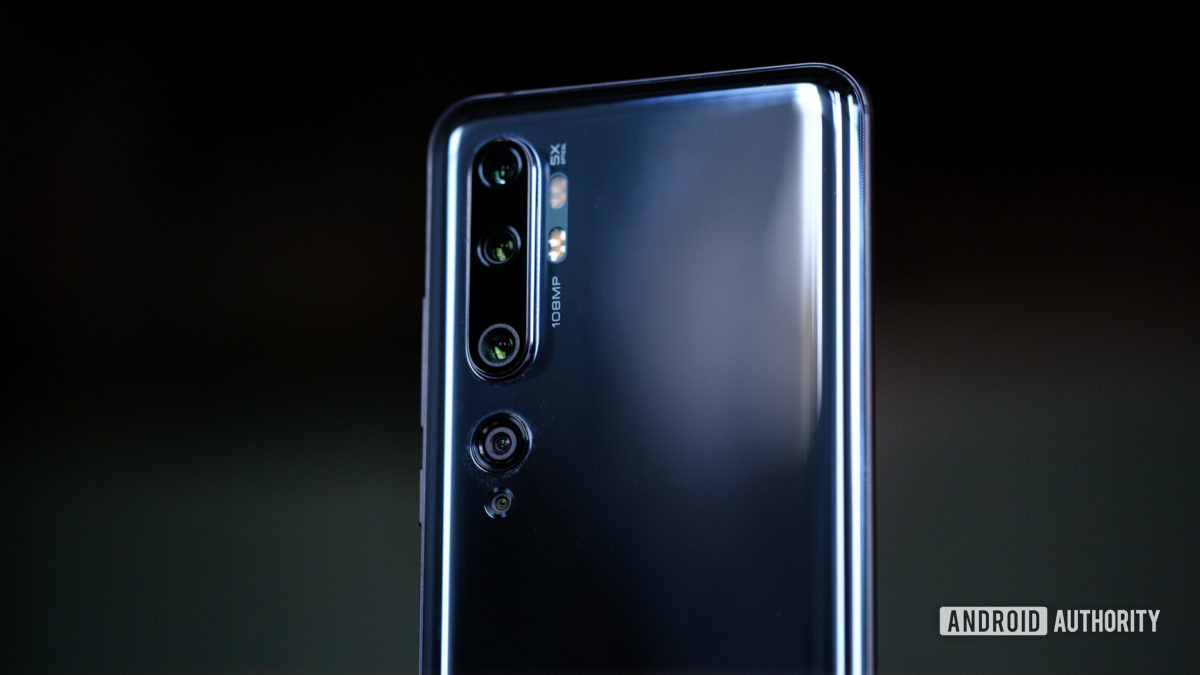 The whole point of having 108 megapixels to play with is cropping and zooming in on images. If you’re just looking at a full-frame crop, the full file size of these pictures is simply wasted. By comparison, the 27MP shots take up about a maximum of 15MB per image. So, let’s see some 100 percent crops from this main camera.

With a resolution clocking in at 12,032 x 9,024, there is plenty of detail on offer from the 108MP. Full frame images look great in good lighting, with solid color balance and exposure. Cropping into 100% reveals issues eerily familiar to other inexpensive high-resolution cameras we’ve seen on the market though. A rather heavy denoise pass smushed textures and similar colors together, resulting in a distinct lack of detail on objects like trees. This effect isn’t as bad as some other phones, but you definitely don’t get your full money’s worth out of the 108MP tagline. Overall, images hold up well even when cropping to even 70% of the way into the image, but often you’ll get similarly detailed results using the default 27MP mode.

108MP offers tons of detail in daylight, but it’s not worth the huge file size.

The 108MP sensor does capture a smidgen more detail than shooting with 27MP. But you have to crop all the way in to see it, as the comparison below shows. The sheer amount of oversharpening means you’re very seldom going to want to use these 100% crops. As a result, you are better off sticking to the 27MP default mode most of the time.

Unfortunately, the 108MP camera doesn’t perform nearly as well in low light. Detail capture quickly diminishes as the lights turn down, regardless of whether you’re shooting in 27 or 108MP modes.

There’s a slight boost to colors and exposure when shooting in the pixel binned 27MP mode, while 108MP low light shots tend to look more washed out. However, there really isn’t much difference between the two and both still manage to look reasonably decent in low light. That is until you start cropping in.

In less ideal lighting conditions, the main camera becomes increasingly noisy. 108MP shots tend to look slightly worse but this isn’t always the case, as the example above shows. On the plus side, Xiaomi doesn’t overdo its denoise algorithm, which keeps images looking nice and natural. But you’re definitely not getting close to 108MP worth of detail in low light or even less than ideal lighting conditions, as our next section shows.

The Xiaomi Mi Note 10 also includes a dedicated 12MP 2x zoom camera. With such a big main camera on the back suitable for cutting and cropping, this choice strikes me as somewhat odd. So let’s see if the 12MP telephoto camera captures any more detail than the main sensor.

Even at 2x, we can see a notable gain in detail by switching to the telephoto lens. This is a disappointing shot for the 108MP camera, which simply can’t capture enough detail in this lower light environment. Unfortunately, the 2x telephoto camera applies a very heavy sharpening pass to the image that’s distracting at best.

The fact that Xiaomi included a 12MP 2x zoom camera reveals just how temperamental the 108MP main sensor is.

I think you can see where this is going if we extend the camera to 5x, but we’ll take a look anyway.

Ultimately the fact that Xiaomi felt the need to include a 12MP 2x zoom camera reveals just how temperamental the 108MP main sensor is. In excellent lighting, the 2x camera is arguably redundant over a simple crop. However, in less ideal conditions, the 2x telephoto lens outperforms the main sensor by a significant margin. The 3.7x telephoto (5x cropped zoom) camera is also very useful for taking long-range pictures. However, it’s not a true 5x optical lens and its images are also over-processed and grainy in less than perfect lighting conditions.

A fair effort mired by issues

Besides the camera’s poor low light performance, I also noticed a couple of irksome lens distortion issues with the 108MP main camera.

High contrast shots with bright backlighting produce noticeable amounts of chromatic aberration. You can see this below as the purple halo around the tree branches in the samples below. This results from a poor quality lens, where high-frequency purple and blue light is out of focus compared to red and green light. Similarly, there are telltale signs of lens distortion and subsequent software correction found all around the camera edges. Detail capture falls off very abruptly towards the edges of the camera. 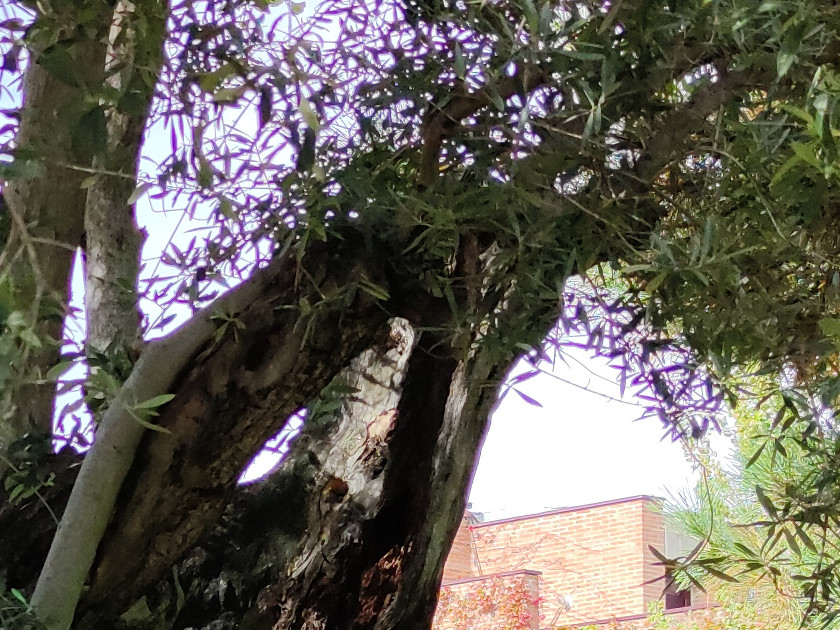 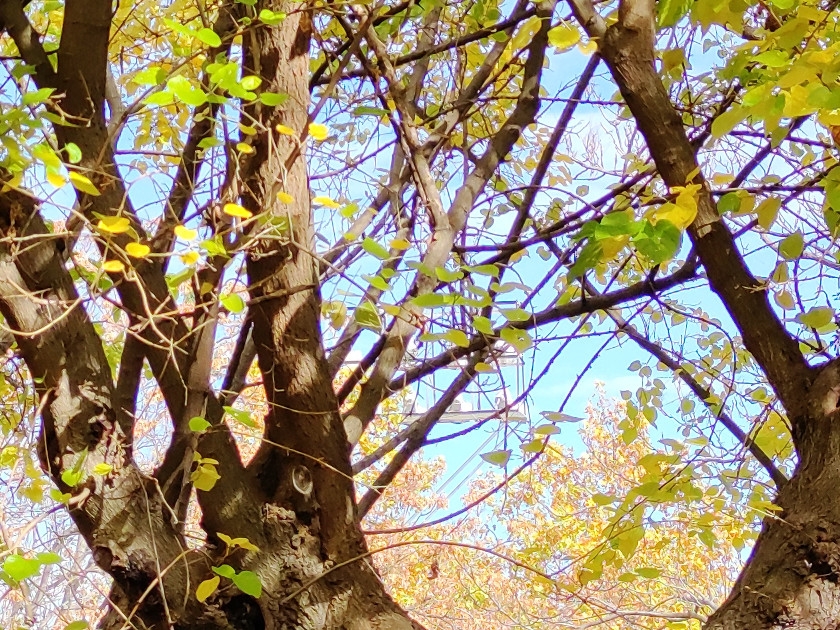 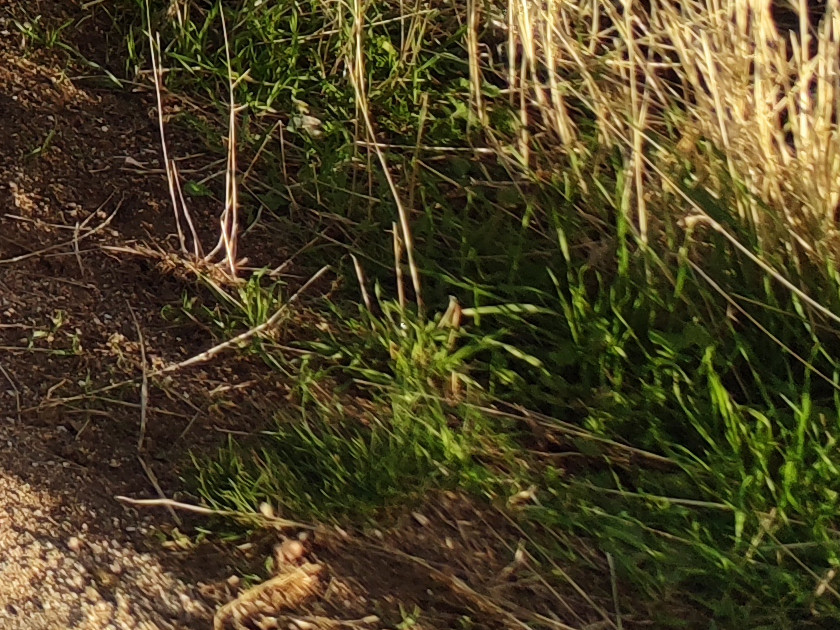 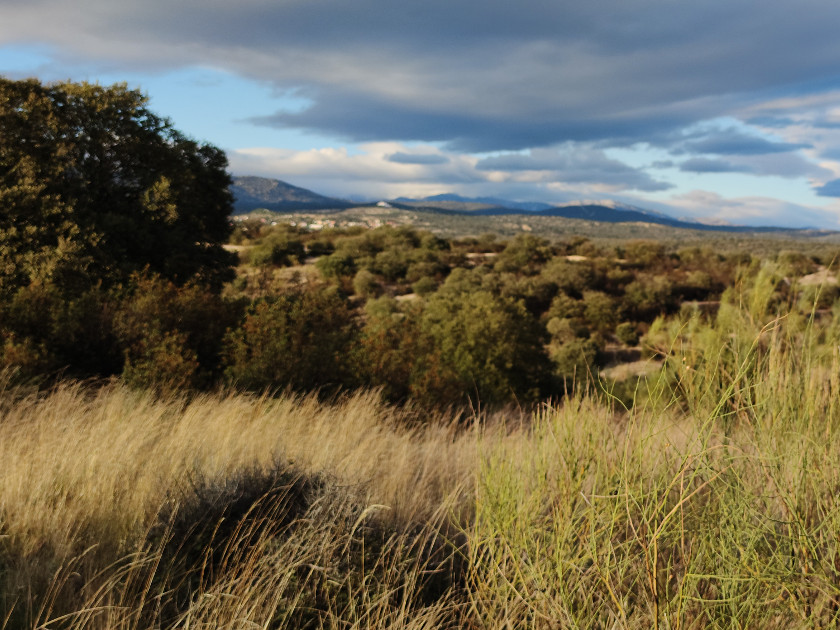 We also found that the Mi Note 10 has some focus issues. It’s not quite clear yet what causes this malfunction. Focusing problems are typically associated with not enough light, but we’ve also caught the camera out of focus in daylight images as well. The problem appears mostly confined to the 108MP shooting mode but warrants further investigation.

Color and exposure are great, while post-processing is minimal. But the main camera has some glaring problems.

The so-so low light performance and lens distortion issues detract from a bold mission statement to bring 108MP worth of quality to a smartphone camera. Perhaps money could have been better spent fixing these issues to make the 108MP camera a top-tier performer rather than splashing out on four additional cameras.

The Xiaomi Mi Note 10 is certainly a flexible shooter offering excellent colors and exposure, but it doesn’t quite excel the things it sets out to. The 108MP camera has its pros and cons, and the myriad of other cameras, while competent, don’t quite fulfill their promises either. Particularly when it comes to the advertised 5x zoom. The sheer amount of choice makes the Mi Note 10 a noteworthy shooter, but it’s a bit of a jack of all trades, master of none.

Nokia 9.1 PureView 5G: All the rumors in one place

Want a foldable phone? Here’s how much you’ll have to work for it around the world 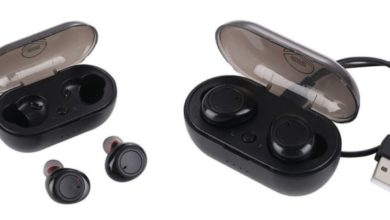