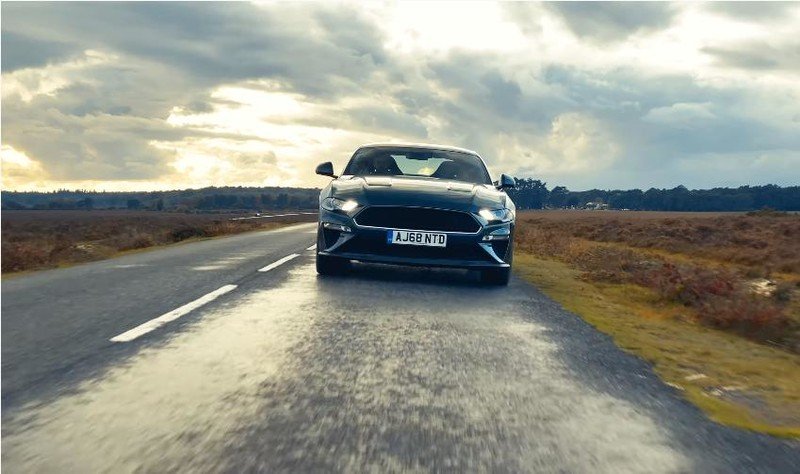 Not perfect… but still stunning.

YouTube car show Carfection has shot a video entirely on iPhone 11 Pro, after it was put up to the challenge by its sister channel CNET.

CNET’s Andrew Hoyle challenged the brand to create a video shot entirely on iPhone 11 Pro, to see how close they could come to their signature, award-winning cinematic photography.

Carfection accepted the challenge and on a cold, misty morning in the heart of the New Forest National Park in southern England, I met Carfection producers Charlie Rose, George Peck, and Drew Stearne, who would be presenting on camera. Our subject was a Ford Mustang Bullitt; a forest-green V8-powered burly muscle car.

The final video is pretty spectacular, it makes for fantastic viewing and there are plenty of shots where it’s impossible to tell the video was taken by iPhone.

After the fact, Carfection’s Charlie Rose said that overall, the iPhone 11 Pro was impressive and that its three cameras gave them a lot of versatility. They used the iPhone 11 Pro in conjunction with lenses by Moment, as well as Moment’s filters. They also used their own tripods and gimbals, usually decked out with dedicated cameras like the Sony FS7, or Panasonic GH5. The audio was also recorded separately.

Whilst the outcome was amazing, the experience wasn’t perfect. The team encountered several issues, including the fact that the iPhone’s camera isn’t in the center of the device. Usability was down compared to a dedicated camera, especially when it came to changing things like focus, which requires you to tap on the iPhone’s touch screen.

Filmic Pro’s software also impressed, with settings for ISO, white balance, shutter speed, and manual focusing. Again, however, usability was a problem because of small icons and the iPhone’s touchscreen.

Commenting on the footage, Rose said:

I’m a bit divided over the footage. In great lighting, like the daylight we had for much of the morning, it looked amazing. You wouldn’t be able to tell that it was shot on an iPhone.

The car-to-car footage where the Mustang is driving behind our crew car, being filmed, for example; the dynamic range is incredible, considering it’s from a phone camera. But as soon as we started getting closer on some of the details, the noise in the shadows from the processing became more noticeable.

You also don’t get the same depth of field you’d be able to achieve with a big image sensor. That’s a big giveaway that what you’re looking at is shot on an iPhone. It’s difficult to get that cinematic look.

Rose said he didn’t see the Carfection team using the iPhone regularly on a shoot, but he did see it as a potential fallback if equipment was to stop working, or if all the gear had been packed away and they needed one last shot.

So there you have it, the iPhone 11 Pro can’t quite keep up with the industry’s finest when it comes to shooting video, but in the right hands, it can be used to create brilliant video.

Make your streams sound better with these great microphones

How to use the new features in the Apple Maps app