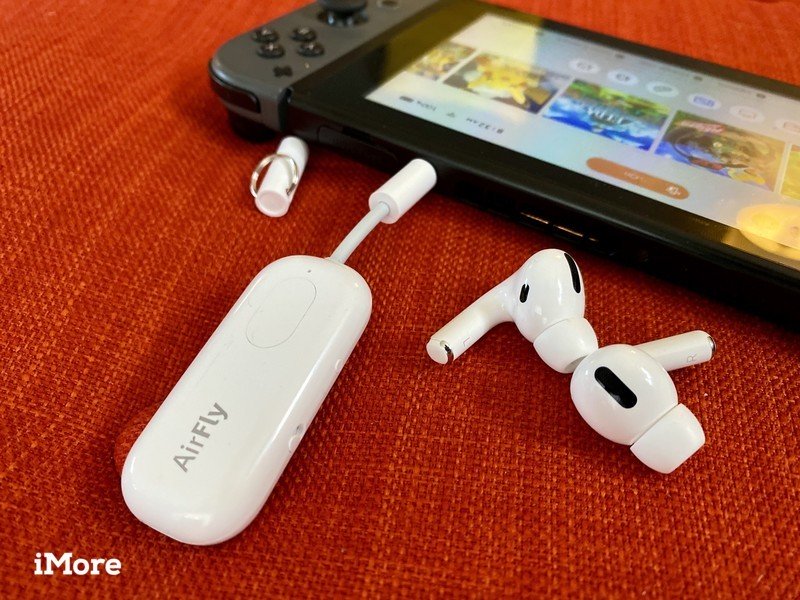 Twelve South has improved upon its already impressive AirFly Bluetooth transmitter with a major upgrade. The AirFly Pro supports audio sharing (not just with Apple devices) and works in the reverse, so you can turn any analog audio system into a Bluetooth-enabled device (like your stereo speakers). I’ve been testing AirFly Pro for a few days and find them to be an absolute delight. 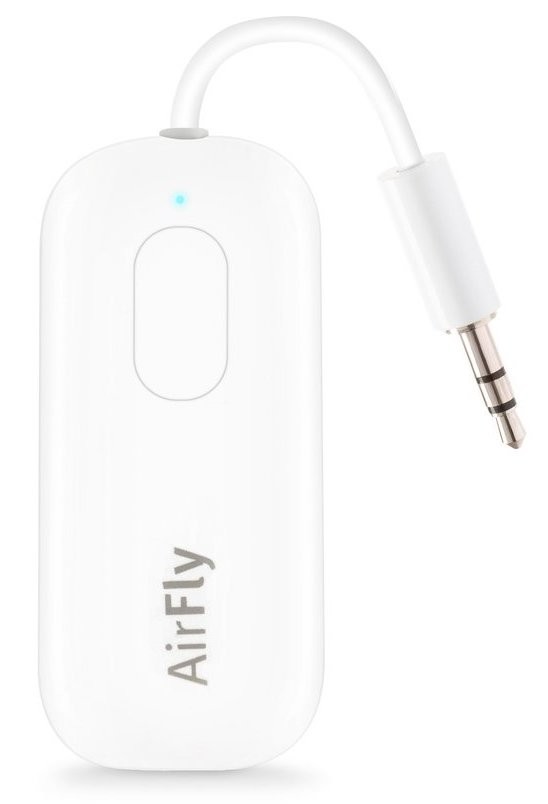 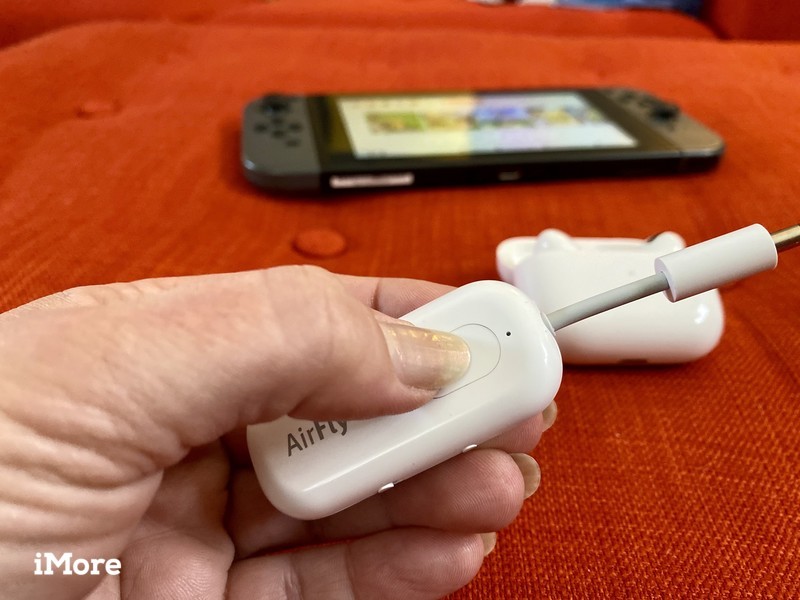 Like its predecessor, AirFly’s best feature is that it connects to devices that don’t have Bluetooth support, but does have a 3.5mm headphone port. In your personal life, something like the Nintendo Switch (though it does support some Bluetooth headphones, it doesn’t support most) would be an example. It’s best known for, however, and marketed as being a transmitter that makes airplane headphone ports work with your AirPods (or any Bluetooth wireless headphones).

AirFly Pro has a few super exciting additional features though, the first being audio sharing.

So, if you’re on a plane and you and your traveling companion both have your favorite pair of wireless active noise-canceling headphones, but only one of you has an AirFly Pro, you can both still enjoy using your favorite headphones (though you both would have to watch the same movie).

I tested this out with my S.O. and a multiplayer game on Nintendo Switch. Each of us wearing our own set of headphones could play a game on the Switch with the AirFly Pro.

The second new feature that AirFly Pro has is called Receive mode. Flip the switch on the side of the AirFly Pro dongle and it becomes the receiver of the Bluetooth transmission. Pair it with your iPhone, and then plug it into an aux-in port (like the one you might find in a car), and suddenly, your phone is wirelessly connected to your car (or a rental car, or a friend’s car). I’m a big fan of Bluetooth receivers in my house. I own a lot of older speakers that don’t support Bluetooth. As long as you have a 3.5mm aux-in port (not the headphone port, that’s aux-out), this will make your home sound system Bluetooth enabled.

AirFly Pro, according to Twelve South, also sports a hefty 16-hour battery life. I have not had the opportunity to max out the battery life to test these claims, but I can tell you that I wore out my AirPods Pro twice while AirFly Pro kept ongoing.

When it comes time to charge up AirFly Pro, you’ll get a notification in the form of an amber blinking light. It’ll flash three times to let you know its running low on juice. It comes with a charging cable (USB-A-to-USB-C) but the good news is it supports USB-C charging, so any one of the USB-C cables you have lying around will juice it up. 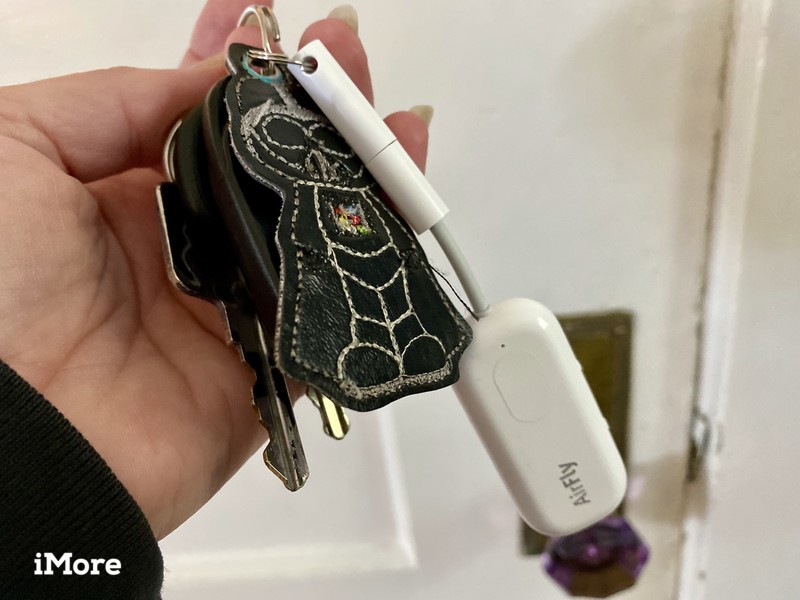 AirFly Pro is a huge improvement on something that I didn’t think even needed improving upon. Support for Bluetooth transmission and receiving is absolutely wonderful. I can use whatever wireless Bluetooth headphones I want to play games on my Nintendo Switch, and then with the flip of a switch (and a quick repairing), I can take my music with me in the car … any car with a 3.5mm aux-in port, without needing to bring extra cables.

Audio sharing with AirFly Pro is amazing. I went ahead and tried listening to audio on my Switch using one earbud from two different headphones at the same time and there wasn’t even any lag between them. It was as though I was listening through a single pair.

Did I mention that AirFly Pro has a super long battery life? Twelve South claims 16 hours. I spoke with a representative at Twelve South and was told it was tested against some of the longest non-stop flights (around 17 hours), and made it through with flying colors. You’ll be able to use a lot of different types of Bluetooth headphones that will run out of battery life before the AirFly Pro does.

Twelve South has included a cap for the AirFly Pro that has a small key ring on it. I love this little addition because I can add it to my keychain and always have my AirFly Pro with me wherever I go. You never know when you’re going to want to connect to the audio in a car. 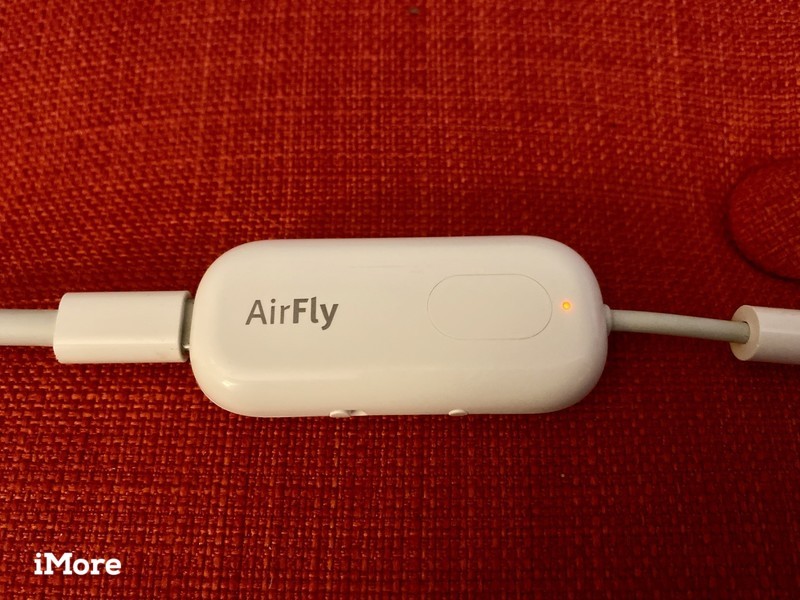 I’ve become so accustomed to things just turning off when I stop using them (taking my AirPods Pro out of my ears, for example), that I regularly forget that some things actually need to be turned off manually. AirFly Pro doesn’t ever turn off unless you press the button for about four seconds. If you leave it connected to your car and don’t first turn it off, it says on, waiting for your return. If you don’t return for 16 hours, I’m pretty sure your juice will be gone (though I didn’t test the battery’s performance for 16 hours).

I also don’t like it when gadgets don’t provide battery level indicators. This is something Apple skips on, too, with its Smart Battery Case. On something as small as the AirFly Pro, it’d probably be very difficult to fit four LED status lights, but it’d be great to be able to press a button to see approximately how much battery life is left (based on how many lights light up). 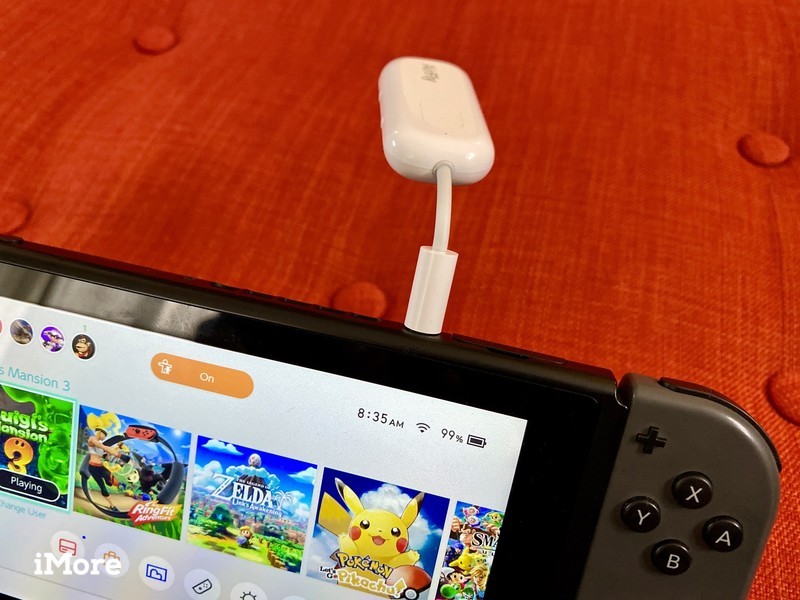 When I first heard that Twelve South was upgrading the AirFly, I thought, “Why would they need to do that? It already works perfectly.” Now that I’ve used the AirFly Pro, I’ll never go back to that single-feature last year’s AirFly again (sorry AirFly).

That being said, AirFly Pro does have room for improvement. Include an auto-off feature that detects when Bluetooth is no longer connected. Pop a couple more indicator lights on it so I can see how much battery is left, and you’ve got yourself a perfect Bluetooth transmitter (and receiver!). 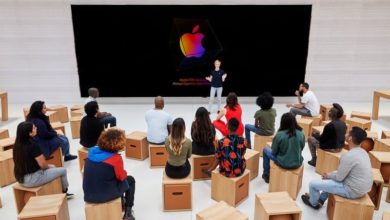 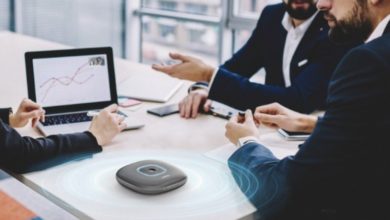 Start a conference call from anywhere with Anker’s PowerConf

Apple vs. Qualcomm: What happened, who won, and what comes next

Bundle an Amazon Echo and Amazon Smart Plug to save $10