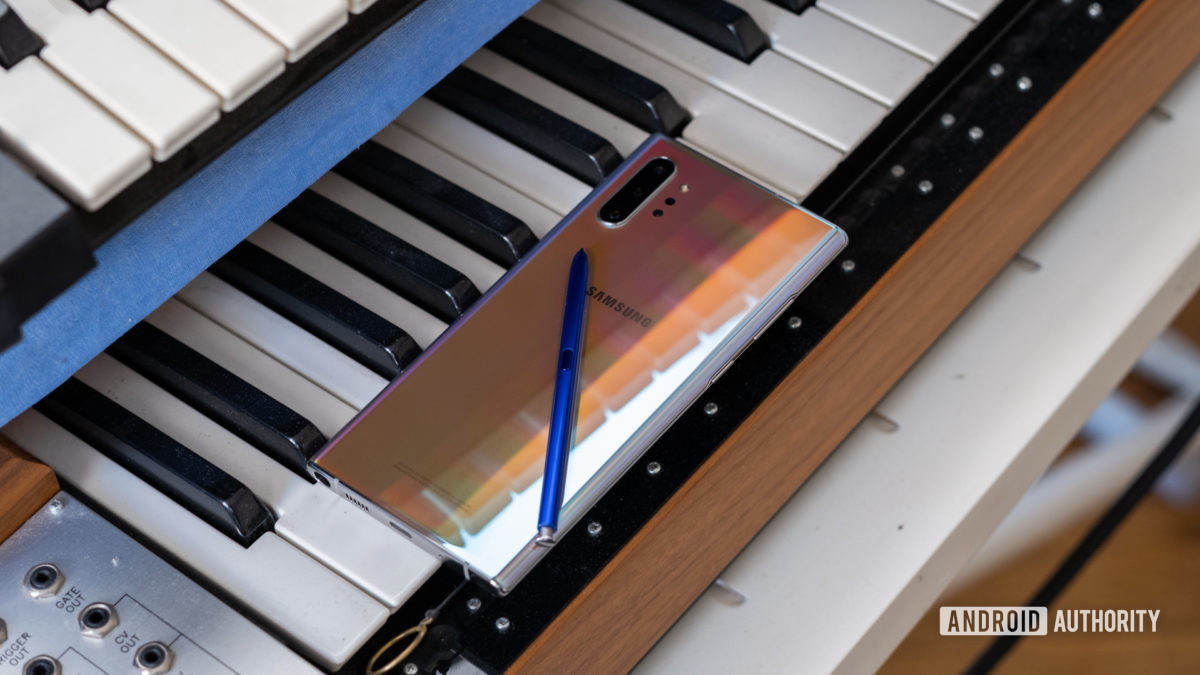 T-Mobile is the third-largest wireless carrier in the United States. It offers a wide selection of smartphones from many different OEMs all with different capabilities and price points. As such, it can be difficult to figure out which are the best T-Mobile phones when there are so many to choose from!

Luckily, we’ve got you covered. Below, you’ll find our roundup of the best T-Mobile phones you can currently get from prices as low as $250 to all the way as high as $1,100.

Our list only covers Android smartphones you can buy directly through T-Mobile. However, it should be mentioned that T-Mobile is a GSM carrier, so you can pretty much use any globally-supported smartphone with the service. All you need to do is throw in your T-Mobile SIM card. Of course, you’ll need to buy your phone unlocked for this to work. 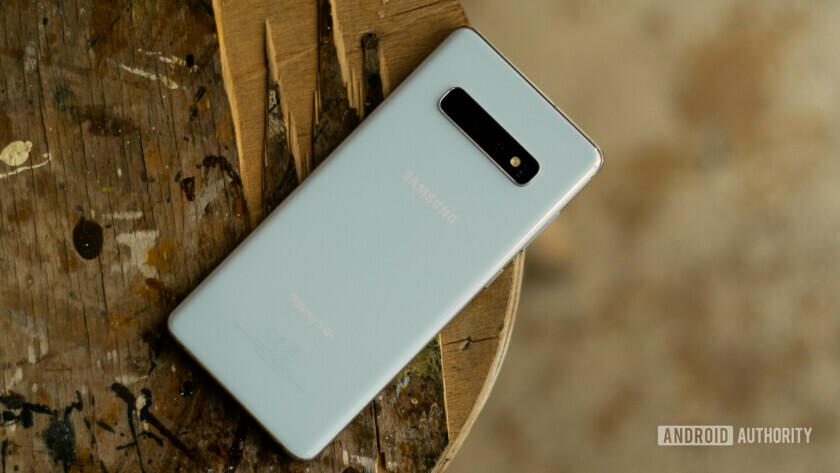 Not only are the Samsung Galaxy S10 and S10 Plus two of the best T-Mobile phones available, but they are two of the best smartphones in general. The handsets are very similar as far as specs and design go, but the Galaxy S10 Plus is the top dog. It features an enormous 6.4-inch display, a giant 4,100mAh battery, and a dual front-facing camera setup. It also has an option for adding a whopping 1TB of built-in storage.

The vanilla Galaxy S10 is a bit smaller with a 6.1-inch display and has a smaller battery to match. It also only features a single selfie shooter on the front. However, it has the same processor, triple-lens rear camera setup, and software as its larger sibling.

As one would expect, getting the best-of-the-best smartphones won’t come cheap, as the Galaxy S10 currently starts at $900 and goes up from there. T-Mobile offers a few options as far as payment plans go so that will hopefully offset some of the upfront costs. 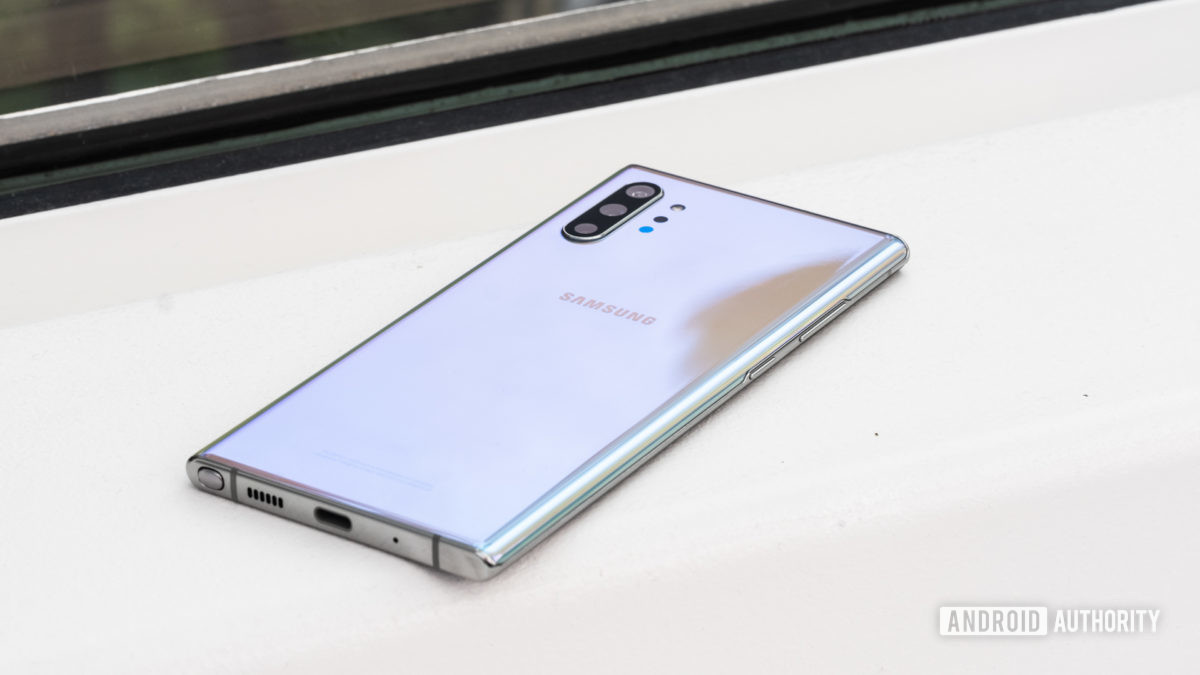 For the first time, Samsung released not one but two Galaxy Note phones simultaneously — the Galaxy Note 10 and Galaxy Note 10 Plus. You might be thinking that the all-new Plus-sized model is just …

For the first time ever, Samsung released two versions of the Note 10 this year: the vanilla version and the Plus version. If you’re looking for the best smartphone you can get — and money is not really a concern — you should absolutely stick with the Note 10 Plus.

That doesn’t mean that the Note 10 isn’t a good phone. It is. It’s just that with the existence of the Samsung Galaxy S10 Plus the vanilla Note 10 sits in an awkward place: not quite as good as the Note 10 Plus and kind of outshined by the S10 Plus.

In general, if you really need the S Pen stylus but don’t want to spend over $1,000 on your smartphone, the Note 10 is perfect for you. If you don’t care about the S Pen, stick with the Galaxy S10 Plus. If you want the best of everything, get the Galaxy Note 10 Plus. 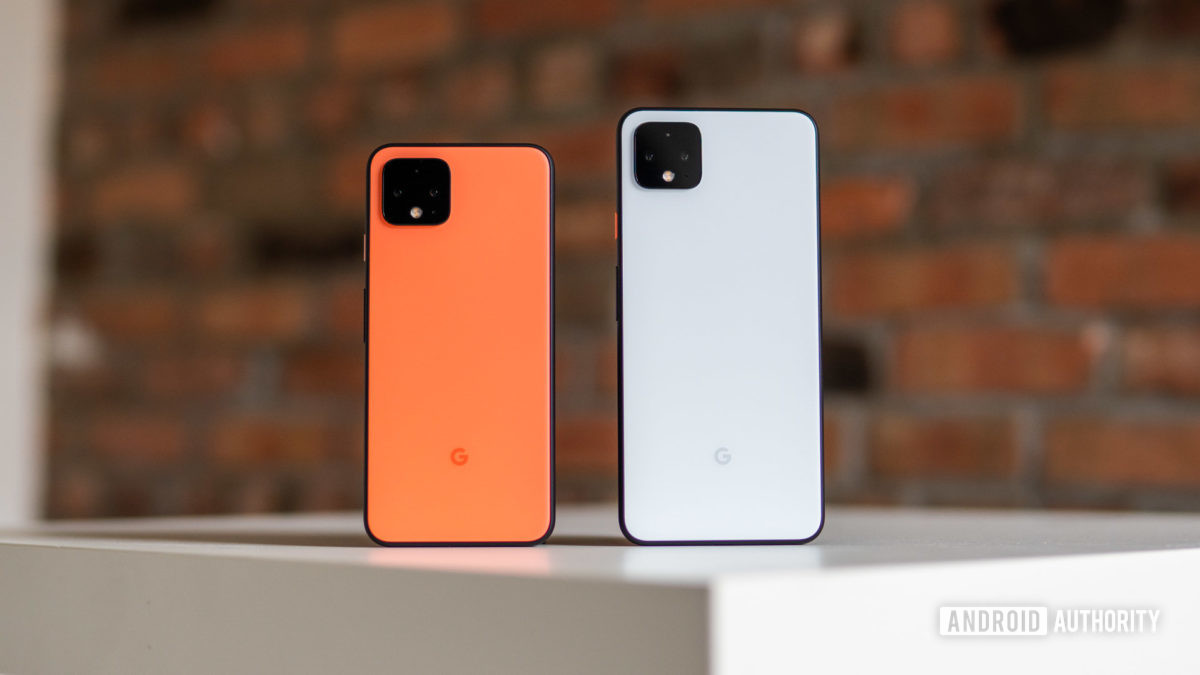 The latest entries in Google’s line of Pixel smartphones are the Google Pixel 4 and Google Pixel 4 XL. As you would expect, the XL variant is slightly larger than the regular model, but overall the devices are mostly the same.

There are two main selling points for the Pixel 4 family: the rear camera system and the front-facing sensors. The rear camera system features two lenses — a 12.2MP primary sensor paired with a 16MP telephoto — and can create some incredible shots since they are paired with Google’s top-of-the-line computational software algorithms. Simply put, this is one of the best cameras on any smartphone in the world right now.

As far as the front-facing sensors go, Google actually baked-in radar on the front of the Pixel 4. This system allows you to manipulate aspects of your phone without touching it. For example, a wave of your hand will reject a phone call or silence an alarm.

Unfortunately, the biggest downside to both devices in the Pixel 4 lineup is battery life. You shouldn’t expect either phone to last you much more than a day — if that. Still, the Pixel 4 is on eof the best T-Mobile phones you can get at the moment. 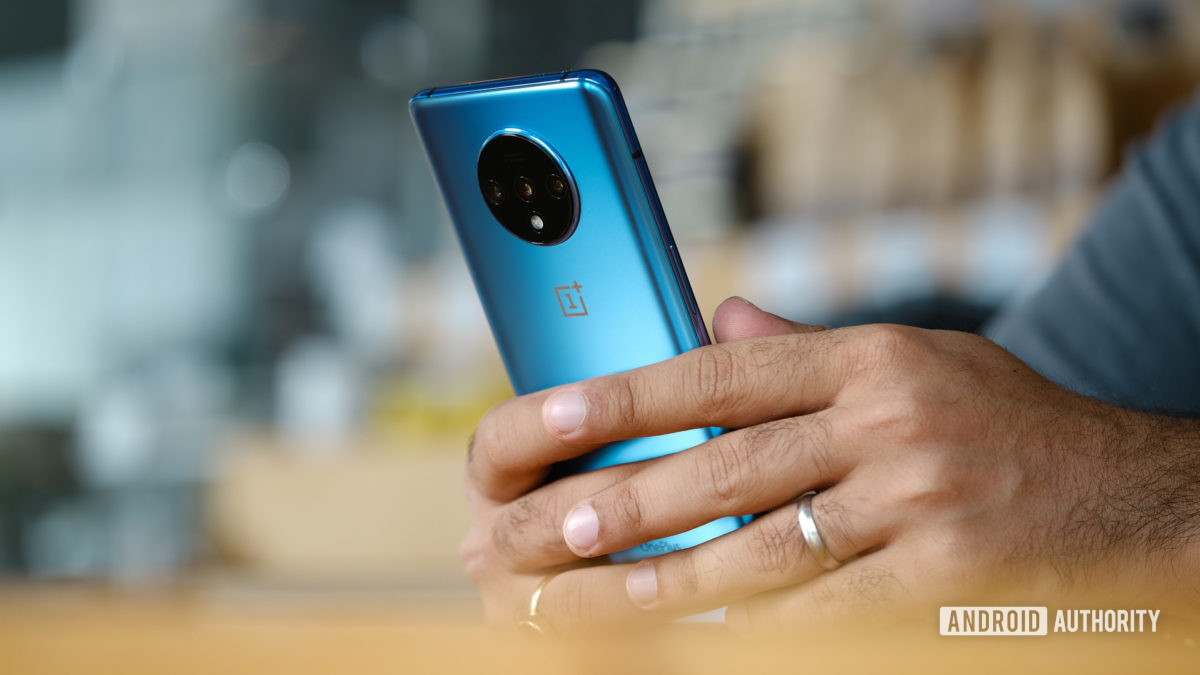 Dollar-for-dollar, the OnePlus 7T might be the best of the T-Mobile phones on this list. You’re getting a stellar triple-lens camera system, the fastest chipset of any other device on this list, 8GB of RAM, 128GB of internal storage, and the very latest version of Android — all for around half the price of the Galaxy Note 10 Plus and $200 less than the entry-level Google Pixel 4.

Granted, you’re not going to get as big a battery as you’ll find in something like the Samsung Galaxy S10 Plus and the waterdrop notch design on the front of the phone might not be your taste. But if you want the absolute best phone you can get while still staying under $600, the OnePlus 7T is the phone for you. 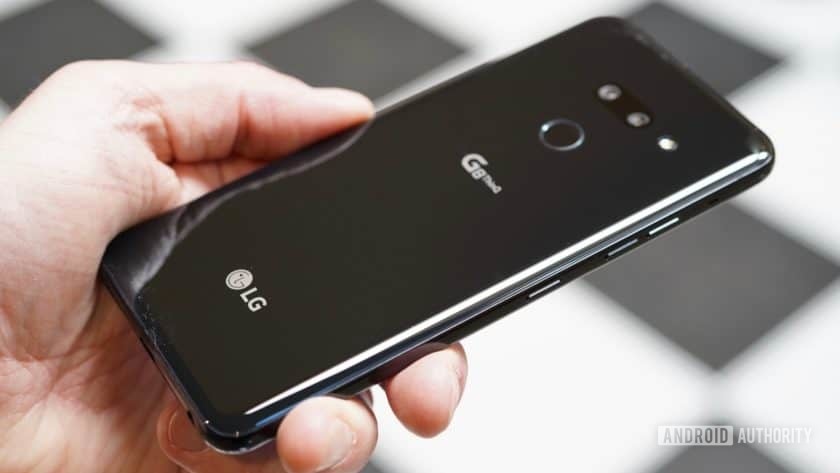 As far as the other flagships on this list go, the LG G8 ThinQ might seem like it’s not as “advanced” as the rest. There’s no triple camera on the rear, no in-display fingerprint sensor, and no fancy pop-up selfie shooters.

The LG G8 ThinQ has a few nifty tricks up its sleeve.

However, don’t let that deter you from considering the LG G8 ThinQ as a viable Android flagship. It does have some nifty tricks up its sleeve, such as air gestures which allow you to manipulate some of the phone’s features without needing to physically touch it. This is possible because of the dual-sensor camera system on the front of the phone.

The LG G8 ThinQ also features a headphone jack, which is unfortunately left out of some of the other flagships on this list. Not only that, but it also features a sweet Quad-DAC, which will make your music listening experience better than ever.

Although the G8 launched at a very expensive price, it’s since come down a bit, which means you’ll save a bit of money, too! Not a bad deal. 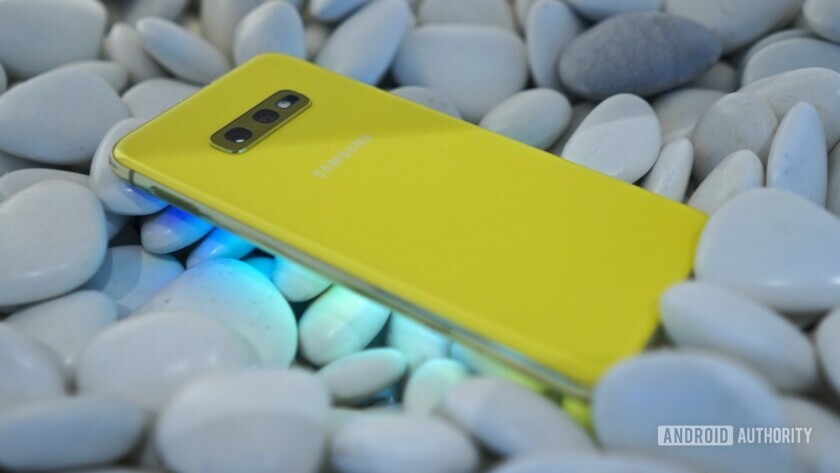 Unlike its more advanced siblings at the top of this list, the Samsung Galaxy S10e is smaller and has some weaker specs. However, it also has a considerably lower price while still packing a mighty punch in two of the most important aspects of any smartphone: performance and photography.

The performance is bolstered by the inclusion of the Qualcomm Snapdragon 855 processor, the same as you’ll find in all the flagships above. The Galaxy S10e also features a dual camera on the rear, which won’t be as good as the triple-lens setups on the Galaxy S10 and S10 Plus, but will still get you some incredible footage.

Additionally, the Galaxy S10e also comes in some fun colors that you won’t find on the S10 or S10 Plus. However, keep in mind that certain T-Mobile shops might not have all the colors available. 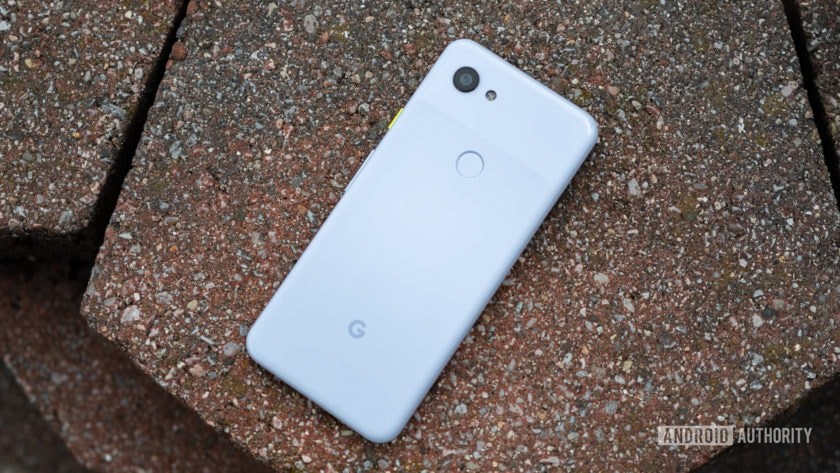 Although the Pixel 3a series isn’t as powerful as the regular Pixel 3 series, it still packs what counts: the Google camera. The camera in Pixel devices is frequently cited as one of the best you can get in any smartphone, and with the Pixel 3a series, you’re getting that camera for very little money.

Additionally, you’re going to get frequent Android security patches directly from Google and be one of the first to experience new versions of Android as they always land on Pixel devices first.

That all being said, you’re going to sacrifice some processing power in exchange for spending less cash. While the Snapdragon 670 isn’t terrible by any means, it’s certainly no Snapdragon 845 as we saw in the Pixel 3 — and definitely no Snapdragon 855 as we saw on the big flagships on this list.

If you don’t know how to pick between the 3a or the 3a XL, it’s pretty simple: the 3a XL is larger and has a slightly larger battery. Other than that, the devices are essentially the same. 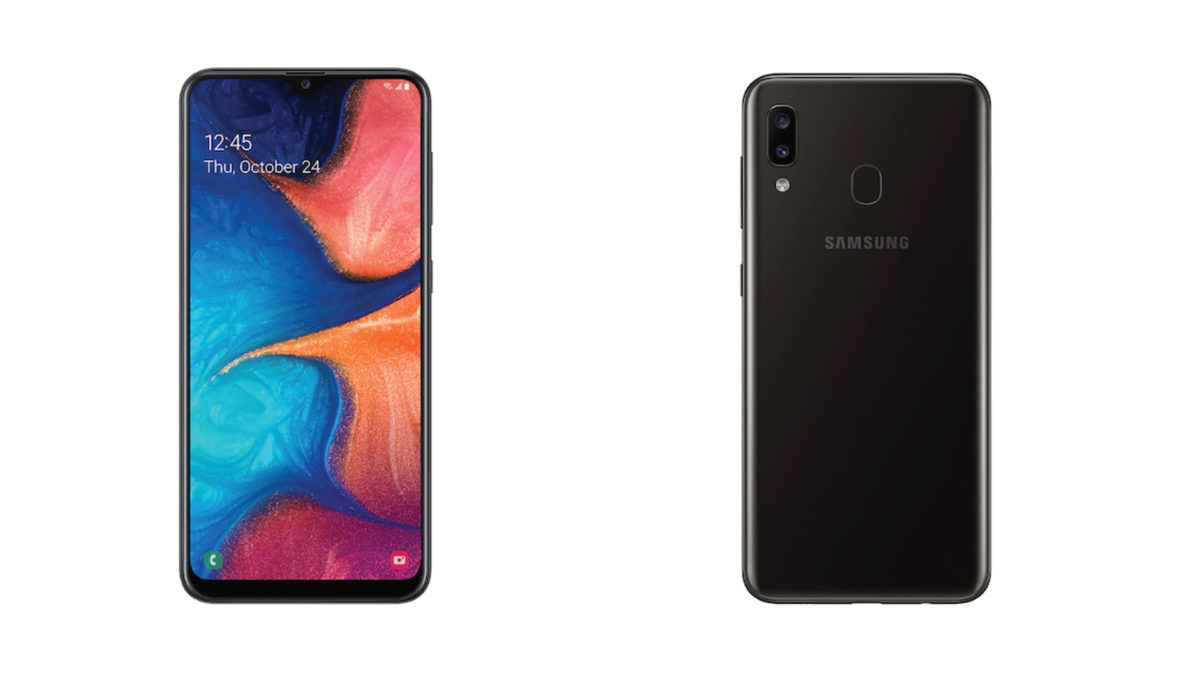 The Samsung Galaxy A20 is the best device for you if you’re looking to spend as little cash as possible on your next T-Mobile smartphone. There might be other, even cheaper phones at T-Mobile, but trust us: you don’t want to go much cheaper than $250. Once you drop down below that, you’re going to see considerable dips in performance.

If you want a T-Mobile phone that won’t break the bank, the Galaxy A20 is the one to get.

Unfortunately, you lose out on some other stuff, most notably the amount of RAM and internal storage. You also lose out on display resolution — the Galaxy A20’s 1,560 x 720 resolution won’t be nearly as crisp as what you’ll find on the higher-end devices on this list.

But if you want the best phone you can get for as little money as possible, this is the one to get!

These are our picks for the best T-Mobile phones you can get, although there are a lot of other great options out there as well. We’ll be sure to update this post once new models hit the market. 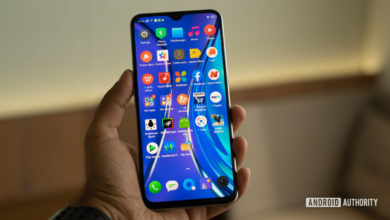 Learn the A to Z of Xamarin cross-platform app building 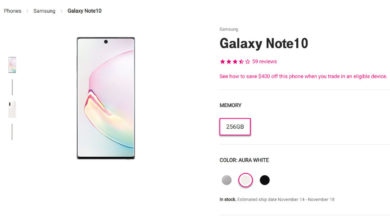