The holidays are always a big time for console purchases, and if you have someone on your list who’s looking for a Nintendo Switch, you’re going to want to make sure you’re getting the best price or bundle possible. Black Friday is just a few short weeks away, but there are already a whole bunch of deals that are available starting right now. Over the course of the next few weeks, odds are we will continue to see more deals surface, and of course on Black Friday they’ll all be available. 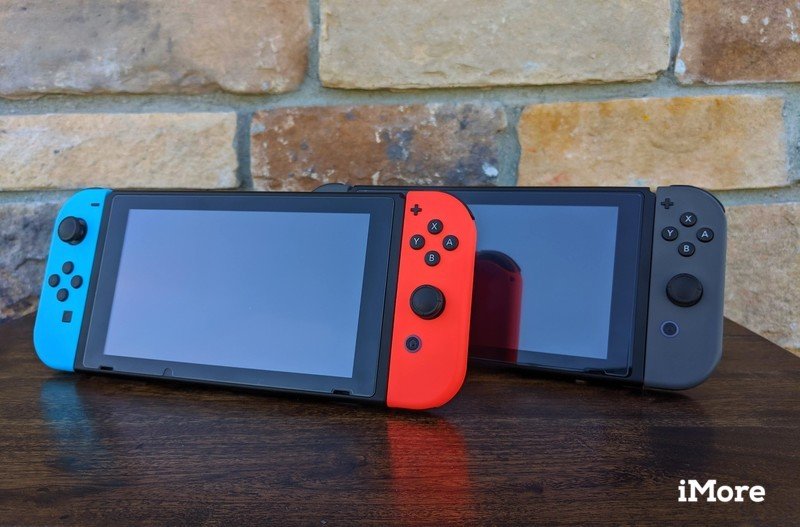 Which Nintendo Switch is right for me?

Nintendo recently refreshed the Switch console with some key improvements, and also released a Switch Lite with a few omissions. Deciding between the two is actually a little easier than you may realize. Anyone looking to play Nintendo Switch games on-the-go and on the big screen at home will want to go with the standard Nintendo Switch, as the new Nintendo Switch Lite is solely built for handheld mode and can’t be mirrored to your TV with a Nintendo Switch Dock. The Switch Lite is also a tad bit smaller at 5.5 inches as opposed to the full-size console’s 6.2-inch display. Plus, with its built-in Joy-Con controllers, you don’t have to worry about charging them separately. The Switch Lite also sells at $100 less than the Nintendo Switch on a regular basis, though since it’s the newest model, it’s much more rare to find a deal on it.

The standard Nintendo Switch was recently enhanced with improvements to its battery life, display, and improved Joy-Con controllers. There’s no difference in the price between the two, either. If you’re on the hunt for the standard Nintendo Switch console this holiday season, it helps to know which console is the new and improved model and which is the original. The product packaging is the best indicator, as the older model features the console sitting on a white backdrop while the newest version shows the console with a red backdrop. You can learn more about the new Nintendo Switch in our recent review.

To bundle, or not to bundle?

This time around, we are going to have to say that you might want to skip out on the bundles. We’ve seen some early images floating around, and unfortunately it appears as though Nintendo is bundling the original Nintendo Switch instead of the updated one. The main deal most stores will be offering includes the first model of the Nintendo Switch with Gray or Neon Red and Blue Joy-Con controllers and a digital download of Mario Kart 8 Deluxe. While it’s a fantastic game, this bundle will be sold at the console’s regular price of $299.99. That means you’d save $60 on the game but end up with an outdated version of the console.

Here’s a better way to buy the Nintendo Switch this holiday season; bundle it yourself! We’ll be seeing some of the best Nintendo Switch games hit $29.99 on Black Friday at various retailers. Though Mario Kart 8 Deluxe isn’t one of them, you could end up with picks like Super Mario Odyssey, Super Mario Party, The Legend of Zelda: Breath of the Wild, or Splatoon 2 along with the new Nintendo Switch for only $329.99 total, which is 100% worth the extra $30. The game Octopath Traveler will be down to $30 as well, which is a beautiful RPG from the makers of Final Fantasy and Kingdom Hearts.

How about discounted games?

Black Friday is the perfect time to pick up games on sale. The best Nintendo Switch games have a habit of staying full-price for longer than most other video games, making Black Friday one of the rare times you can actually grab them at half price. Whether you’re a current Switch owner or just now buying one, you do not want to miss this opportunity. Along with the games mentioned in the section above, we’ll also see stellar discounts on games like Mario Tennis Aces, Just Dance 2020, Crash Bandicoot Racing Nitro-Fueled, and many more.

Can you play these on a TV?

While both the new and old version of the Nintendo Switch come with a dock so you can switch between playing on-the-go and on the TV at home, one of the features that was left out of the Switch Lite was the ability to dock it. It can only be played in handheld mode.

Will games work on both variations?

Why should you buy the Nintendo Switch instead of the Switch Lite?

What else should I buy for my Switch on Black Friday

One important accessory many Nintendo Switch owners forget to purchase until it’s absolutely necessary is a microSD card. It allows you to store all the digital game downloads you buy as well as your game save data and other files on your console. Both the Nintendo Switch and the Nintendo Switch Lite feature a 32GB storage capacity, but you can grab a 128GB microSD card with triple the space for less than $20! We’ll also see various models of the Joy-Con controllers drop to $59.99 at various retailers.

Meanwhile, Pokémon fans cannot miss the price drop on the Poké Ball Plus accessory. This device works with not just Pokémon: Let’s Go and Pokémon Go but also the new Pokémon Sword and Shield games! It will be available for just $19.99 at all major retailers including Amazon.

It’s not the latest and greatest, but for many the original Nintendo Switch is still a great option to consider. This model will be the main one we see go on sale at retailers such as Amazon, Target, Walmart, and Best Buy. You’ll see it packaged with Gray or Neon Red and Blue Joy-Con controllers along with a digital download code for Mario Kart 8 Deluxe for $299.99. That matches the console’s regular price while scoring you the Mario Kart 8 Deluxe download (valued at $60) for free! 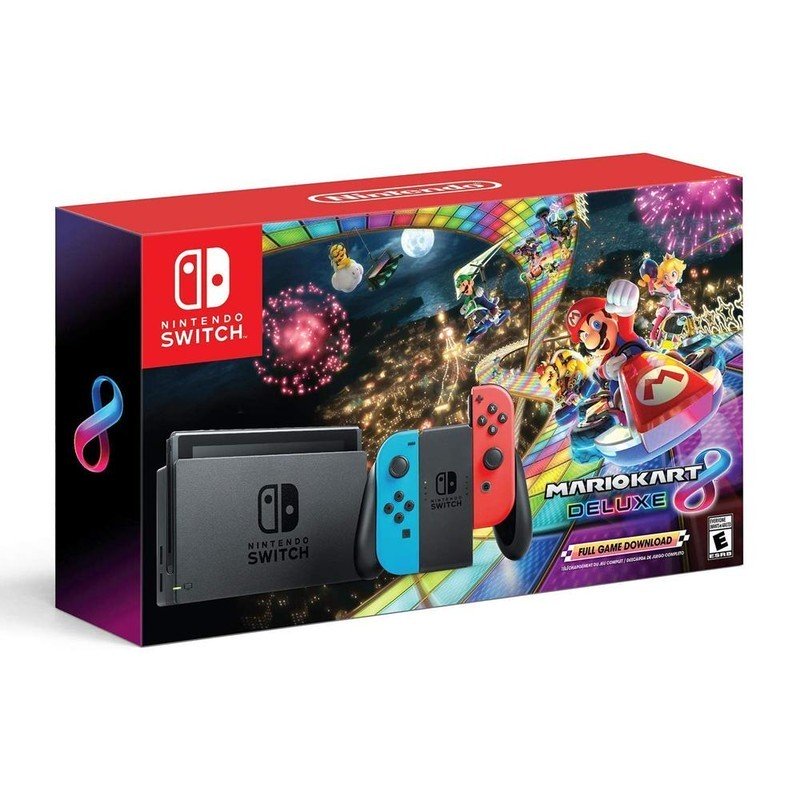 Various retailers will be bundling the original Nintendo Switch with a digital game download of Mario Kart 8 Deluxe at the console’s regular price of $300!

The Switch Lite is already the most affordable option in its lineup, but that shouldn’t stop you from looking for a little extra savings. So far we haven’t seen any upcoming deals for the Nintendo Switch Lite, but hopefully we get lucky and see an offer pop up once Black Friday is a bit closer.

With improved battery life and more, the new Nintendo Switch brings enough changes to the table to justify you picking it over last year’s model. While it looks like the first model of the Nintendo Switch will be the one to be bundled with Mario Kart 8 Deluxe at various retailers for $299.99 this year, there’s still a chance that we’ll see a discount appear for this new and improved version of the console. Keep your eyes on this page and fingers crossed! 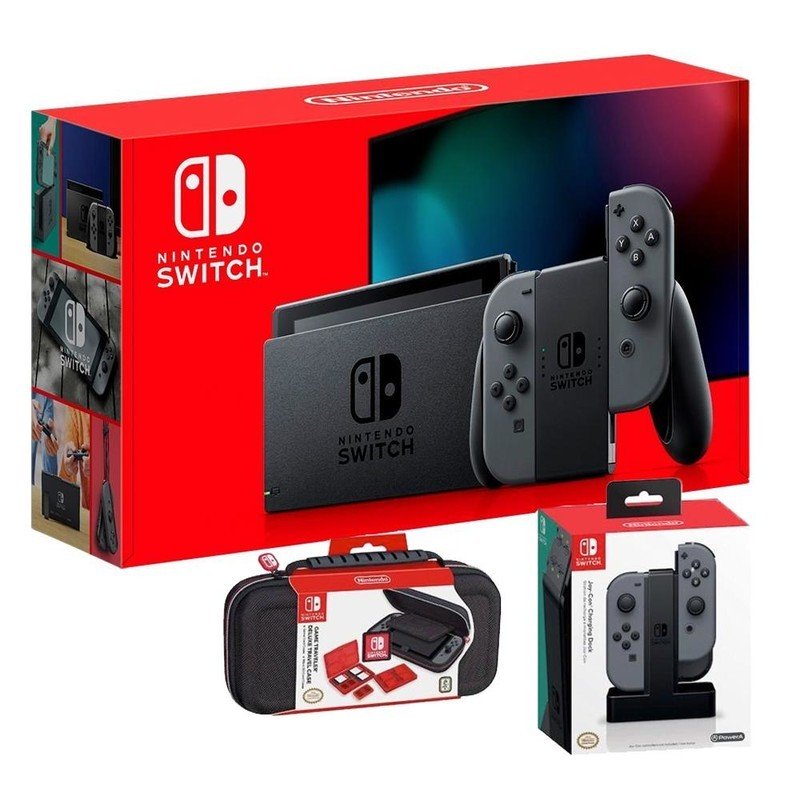 This Kohl’s bundle offers the first deal on the new version of the Nintendo Switch! You’ll score the enhanced console along with a carrying case, a charging dock for your Joy-Con controllers, and $90 Kohl’s Cash all for just $320! The Kohl’s Cash can be used towards future purchases at Kohl’s like cash.

How to get the best Nintendo Switch deals?

You’re going to want to look around and act quick. When you spot a deal, you’ll need to buy it immediately, as it likely won’t last for long. Odds are we will see small discounts on the Nintendo Switch Lite, and maybe 10% off the updated Nintendo Switch, but we don’t anticipate deep discounts on either model at this point.

As previously mentioned, the bundles this year appear to be for the previous generation hardware, so unless you don’t need the latest, or are ok with the older hardware, you’ll want to leave those bundles where you found them.

Be sure to think of the full package when it comes to these deals. You may be able to score a small discount along with extended interest-free financing or additional rewards to certain retailers, which make the deals more valuable than just a direct discount.

Your Nintendo Switch is going to come with everything you need to jump in and start playing. Whether you’re connected to a television or playing mobile, there’s a lot more to this console. There’s never really been a game console quite like this before, and with that in mind, there are some accessories out there that you might not typically think of. Whether you’re gaming on the go or planted on your couch, here are the best accessories for your Nintendo Switch. 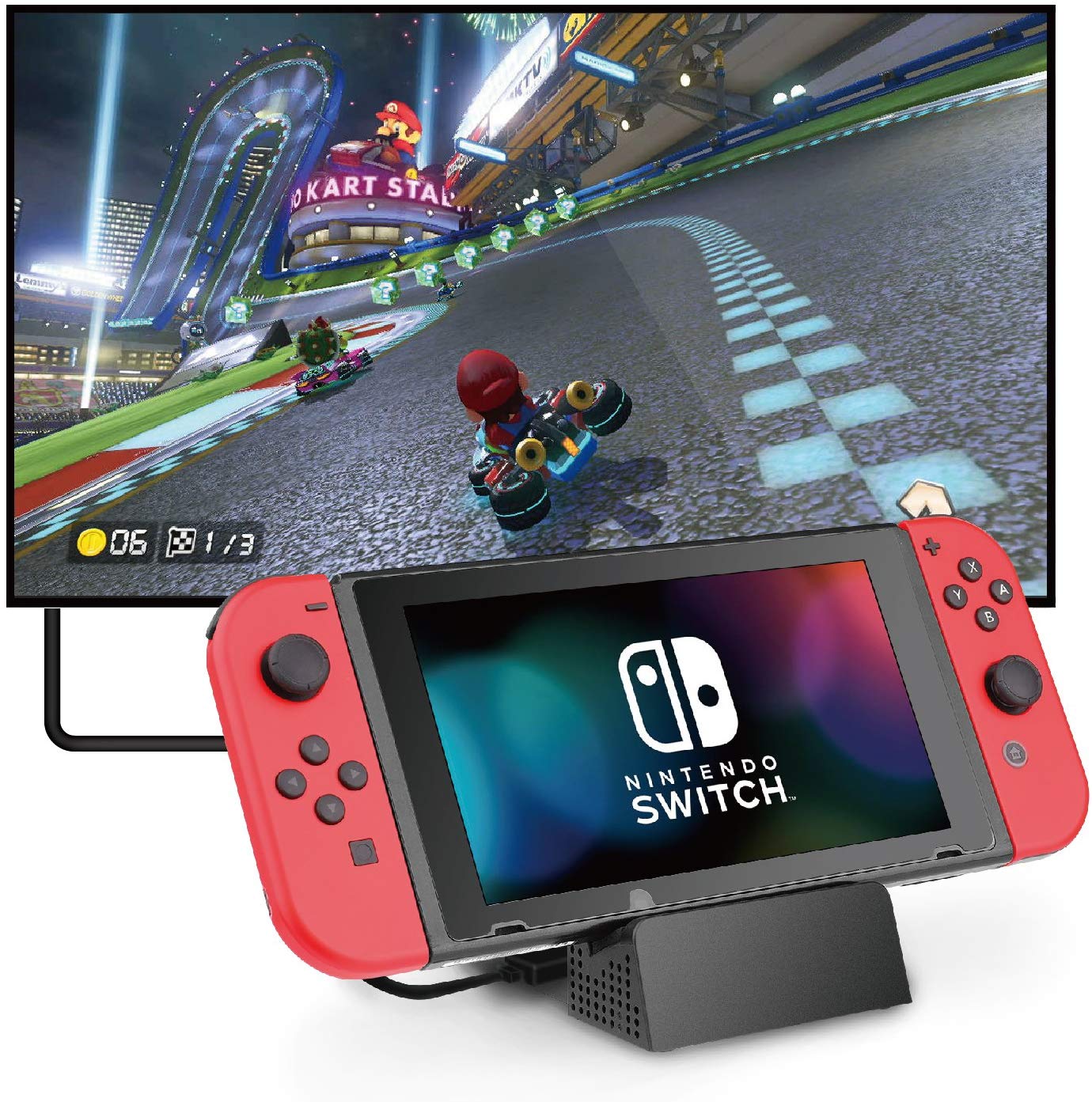 This alternative stand for your Nintendo Switch doubles as a dock station, allowing you to play your Switch on a TV without having the original Dock around. It outputs video through HDMI, has a USB-C port for power, and has hole vents for heat dissipation. 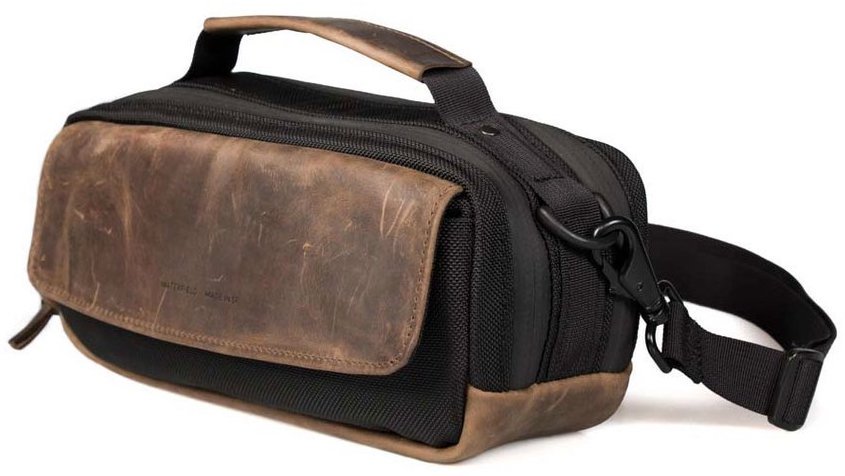 The Arcade Gaming Case is a beautiful designer bag made of full-grain leather with a soft plush lining. It’s big enough to fit your Switch tablet (Joy-Cons detached), a Hori Compact PlayStand, your Joy-Cons, necessary cables, and more. 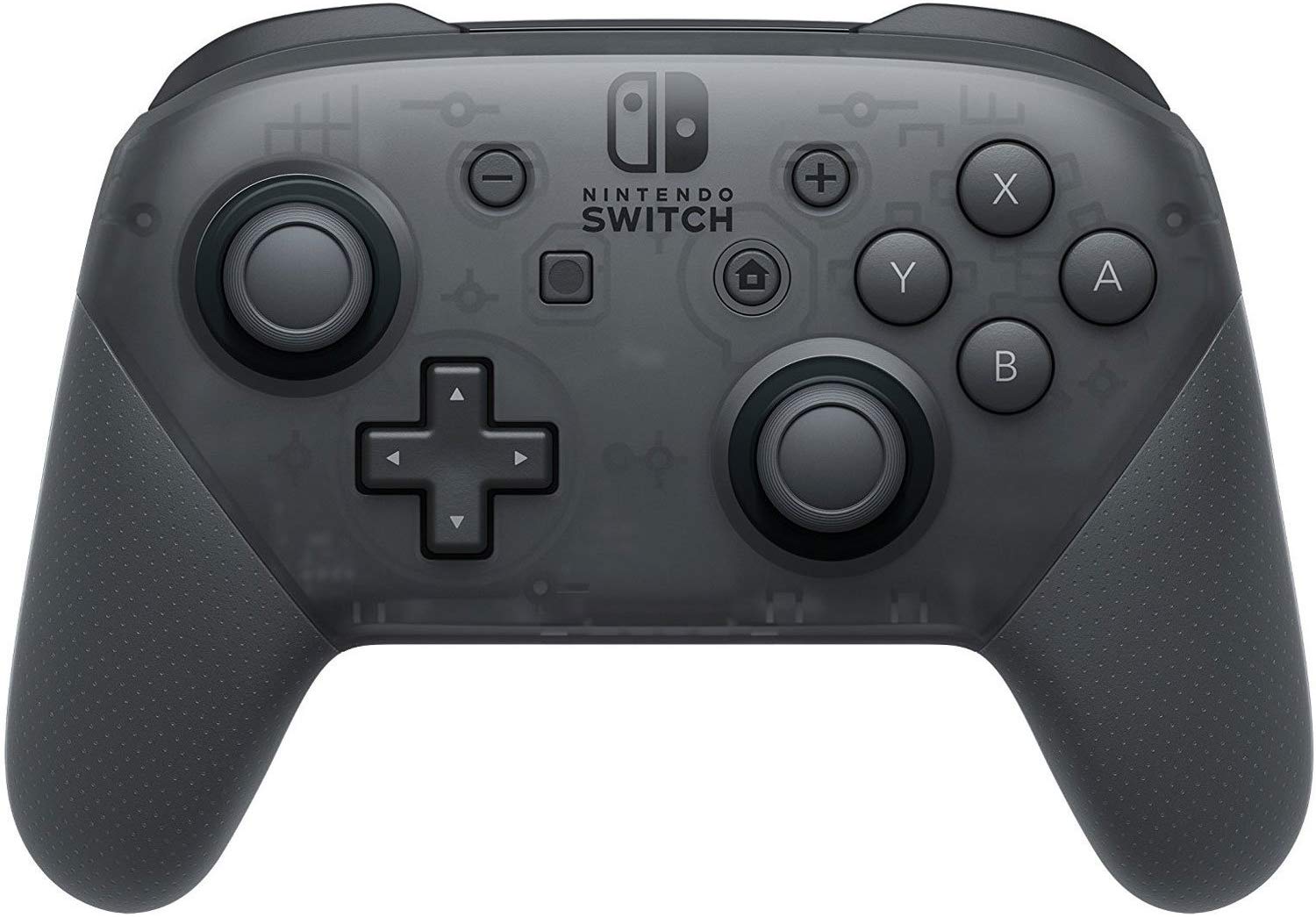 The Switch Pro Controller offers a more comfortable grip for your gaming sessions, a bigger battery than the Joy-Cons, and has built-in NFC support for Amiibo. Don’t forget that HD rumble! 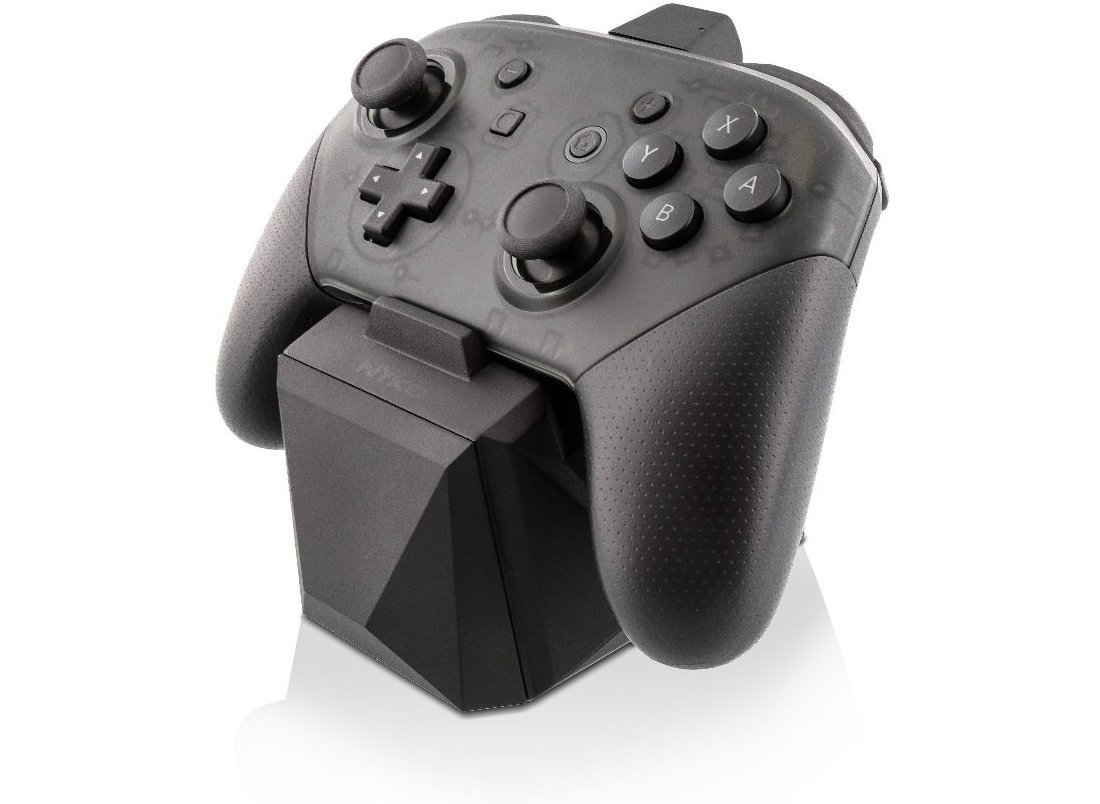 If you have a Pro Controller, you should get Nyko’s charging dock. The Pro Controller normally charges over USB-C, but this dock has magnetic pins instead. Just drop the Controller in the dock when not in use and charge it up! 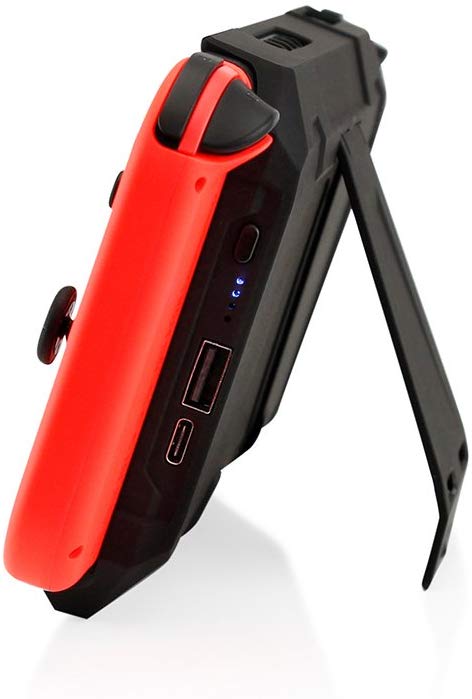 This battery case attaches to your Switch and lets you charge it up cable-free with the 10000mAh built-in battery. It even allows you to charge up while playing via the USB-C or full-size USB port. It’s a little bulky, but that extra power is a good trade-off. And you get full access to ports and buttons. 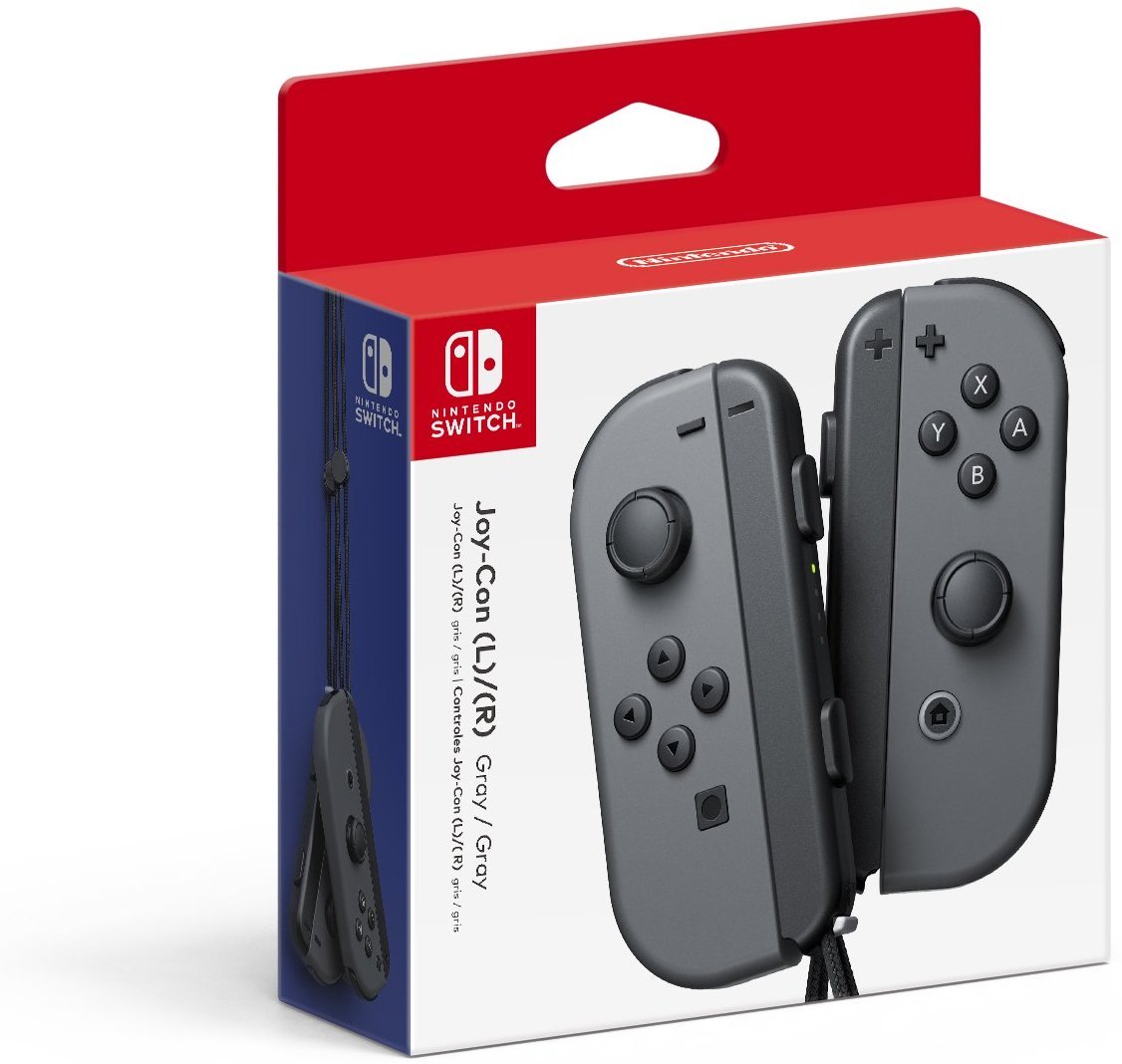 There are plenty of multiplayer games on the Switch, so you should invest in some extra Joy-Cons for guests at gatherings. One set of Joy-Cons means two more controllers for less!

Add wireless charging to your car with Belkin’s new mount

Is the Polaroid Snap worth considering? Here’s our review

How to sell an iPad with a carrier plan