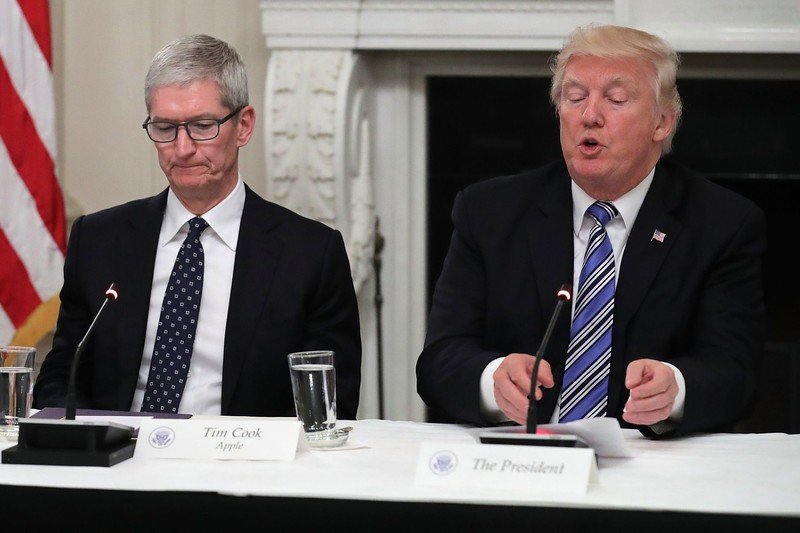 Maybe he’ll find out the Mac Pro release date while he’s there.

The relationship between Apple CEO and US President Donald Trump is one that is far stronger than many would have predicted. But it’s one that has stood Apple and its share price in good stead of late. It recently won tariff exhemptions for the parts that will be used to build the new Mac Pro in Texas and now Trump is coming to town, too.

CNBC reports that the White House has now officially confirmed that a visit to Apple’s Texas plant is on the calendar for this coming Wednesday. While he’s there he’ll likely get to see the new Mac Pro being built. But none of Apple’s most popular hardware will be there – it’s all put together in China instead.

As CNBC also notes however, the current symbiotic relationship between Cook and Trump is working well for both parties, with the latter able to point to domestic manufacturing jobs as a result of Mac Pro production remaining in Texas.

The Mac Pro is not a major driver of Apple revenue or profit. Apple’s most profitable and popular products are made in China. But the tariff exemptions for most of the Mac Pro’s parts are seen as a win for both the company and Trump, who can boast about domestic manufacturing jobs.

Apple and Cook have previously said that they would work to invest in local job creation.

Play tunes on the AmazonBasics Vintage Bluetooth speaker and save $30