The current app store ecosystem doesn’t favor the indie developer. According to new data from Sensor Tower, the top 1% of publishers globally accounted for a whopping 80% of the total 29.6 billion app downloads in the third quarter of 2019. That means just 20%, or 6 billion, downloads are left for the rest of the publishers.

This bottom 99%, which equates to roughly 784,080 publishers, averaged approximately 7,650 downloads each during the quarter. To put that in context, that’s less than one-thousandth of a percent of the downloads Facebook generated in the quarter (682 million). 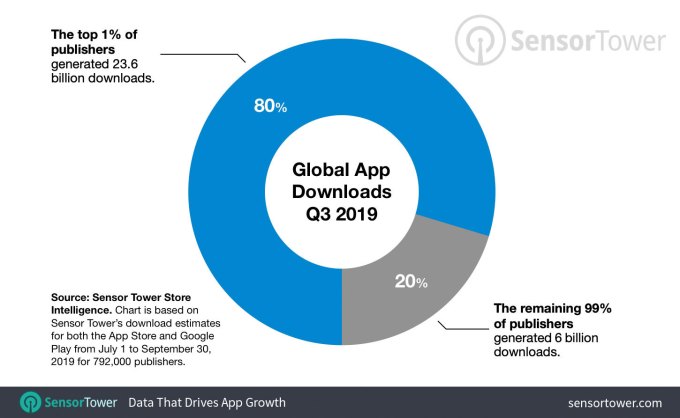 The data should not be all that surprising, given that larger, social platforms like Facebook and YouTube already serve audiences of over a billion. But it is concerning how uneven the market for new apps remains, especially considering that the number of available apps continues to expand, which makes the competition even more difficult. 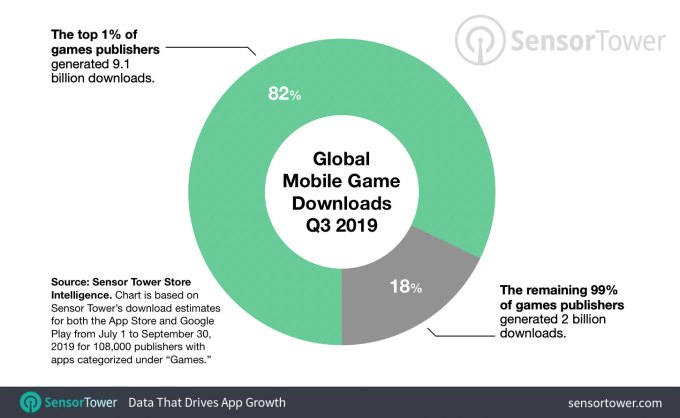 When apps were analyzed by revenue, the gap was wider. Just 1,526 publishers generated $20.5 billion out of the total $22 billion in revenue in the quarter. Meanwhile, the remaining $1.5 billion was split among 151,056 publishers, averaging out around $9,990 each. 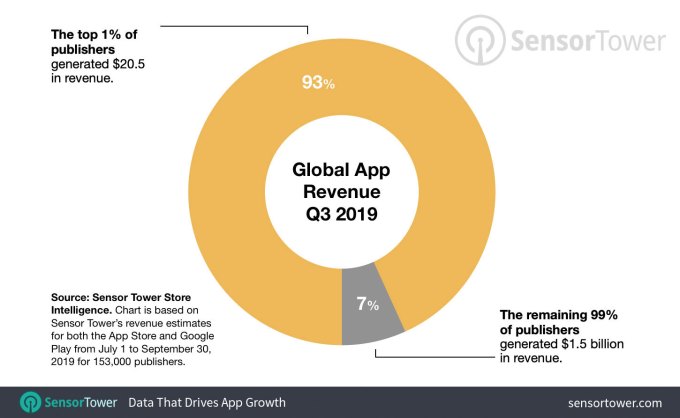 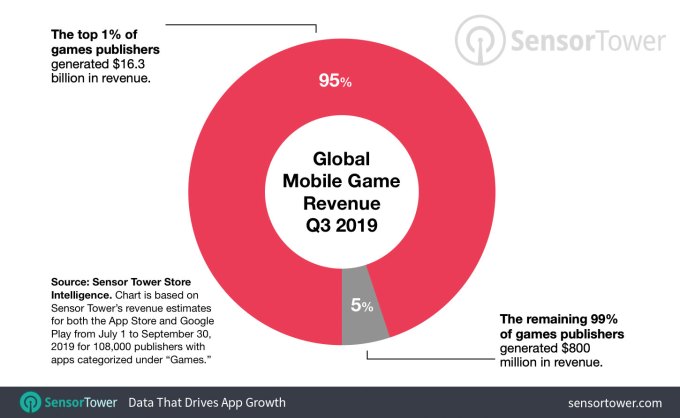 None of these are new trends, Sensor Tower also notes. There hasn’t been much fluctuation in the top 1% share of installs or revenue for years. That means the majority of publishers will compete for a minority of new users and installs. 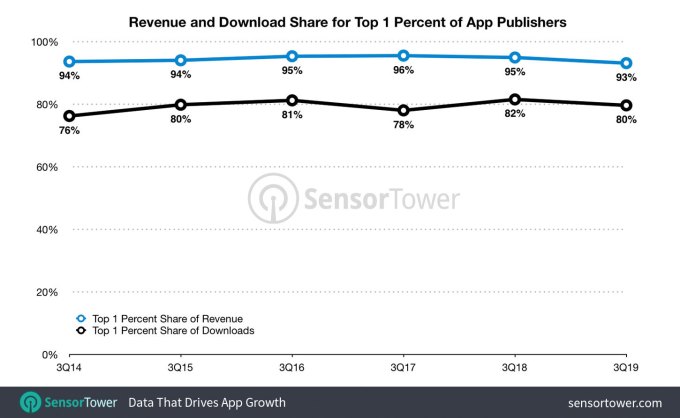 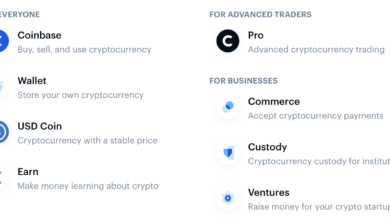 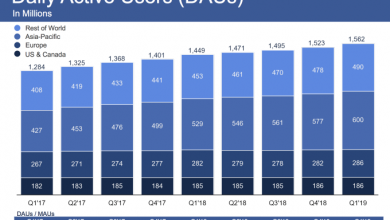 Facebook reserves $3B for FTC fine, but keeps growing with 2.38B users in Q1 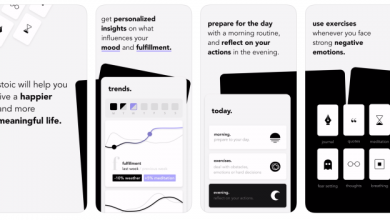