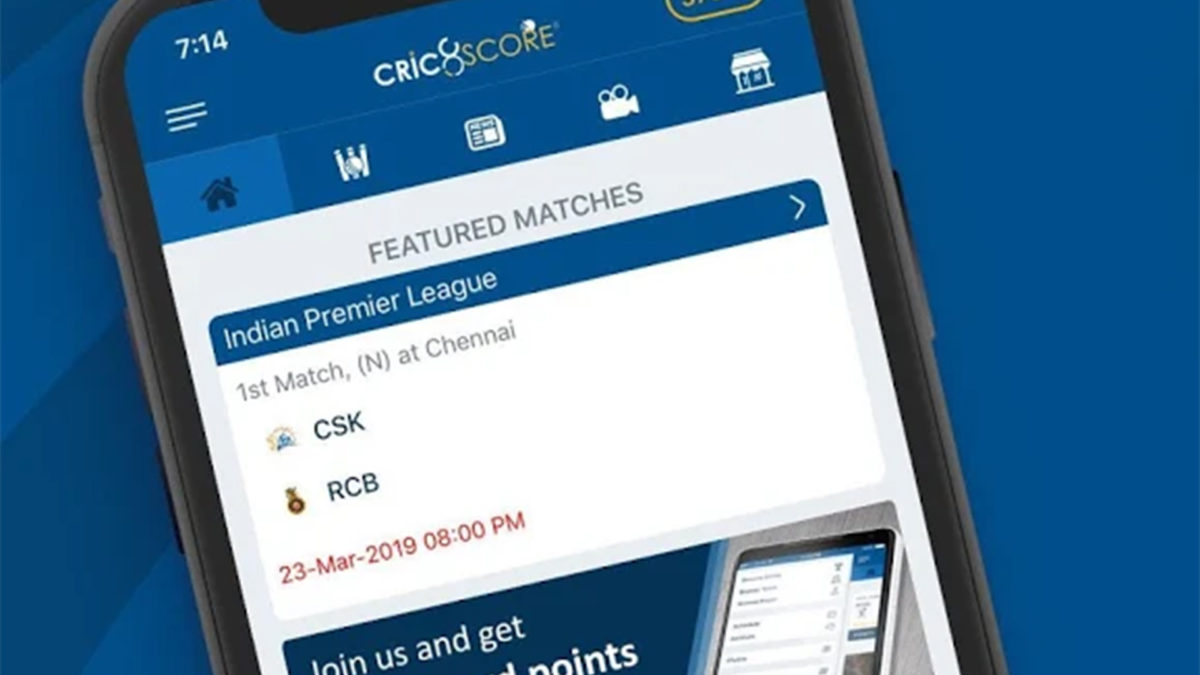 Cricket is a surprisingly big sport on the worldwide stage. It’s especially popular in countries like India, Pakistan, Sri Lanka, Bangladesh, and Australia. It’s a bit surprising since the sport originated in the United Kingdom. In any case, there are plenty of apps out there for cricket enthusiasts. However, it seems most people want a good scoring app. Here are the best cricket score apps for Android!

Cricbuzz is one of the most popular cricket score apps on Android. The app features the usual array of features, including fast score and commentary updates, schedules of upcoming matches, news and editorials, stats and rankings, and support for the IPL, BBL, CPL, Natwest T20 Blast, and other major cricket tournaments. Some people love the app while others complain a lot about bugs. Its polarizing nature makes it difficult to recommend to everybody but it does have about as much info as you can expect to find in a cricket app. The developers also have an app specifically for folks in India as well. 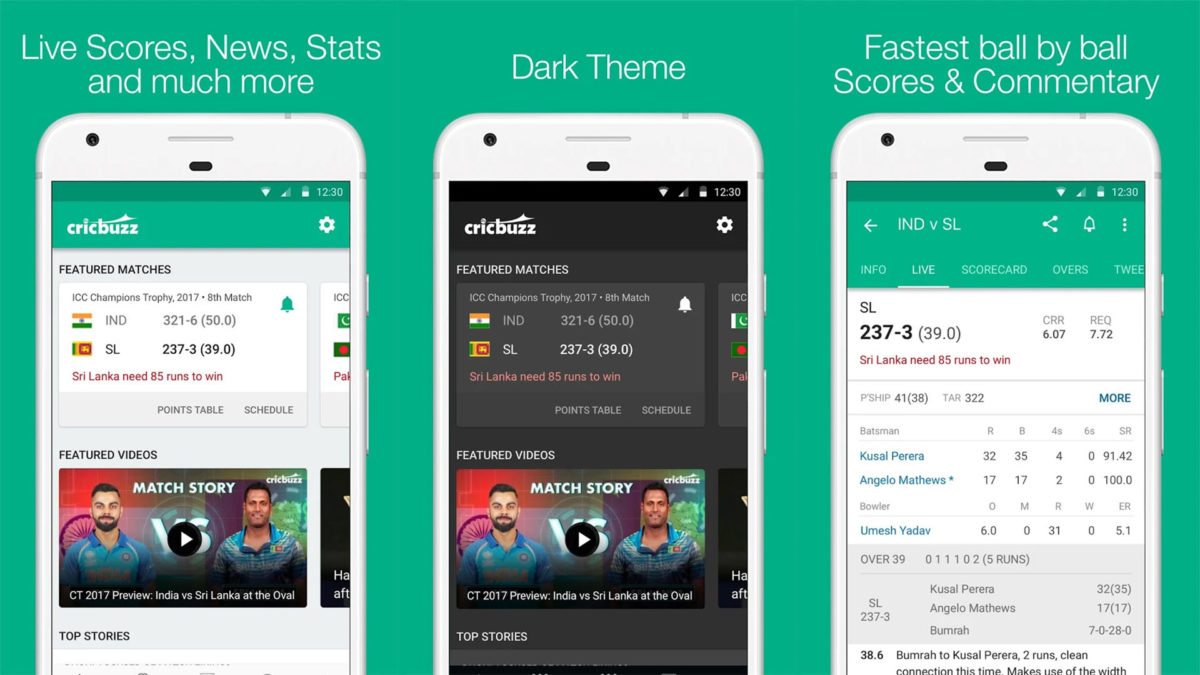 CricHeroes is a cricket scoring app for amateurs. It’s so good that it’s the only amateur scoring app we included on the list. You can keep track of individual players, games, and a whole series if need be. The controls for scoring are simple enough to use quickly to keep up with game play and you can analyze the stats after games. The app includes a few additional niceties like video content, trivia, quizzes, polls, and other such things. However, if you actually play cricket and need a score keeper app, this is the one we would recommend trying first.

CricLine is another good cricket score app. The UI is very simple so those who like elegant looking solutions may need to look elsewhere. However, everything else about this app is solid. It covers a wide range of cricket tournaments, teams, and leagues. The app has some fake reviews, unfortunately, and those reviews promise things that aren’t actually true. However, as a score app, it does its job admirably. The only downside is the advertising as it can get a little annoying from time to time. 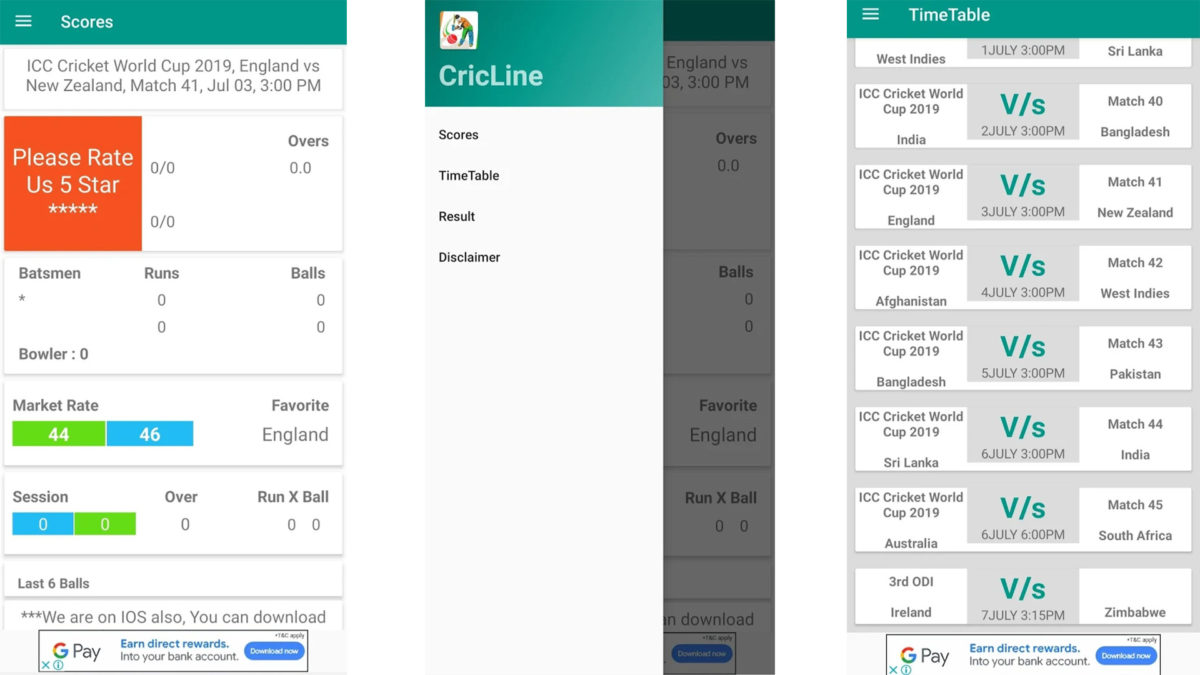 CricSmith isn’t the newest or most popular app. However, it provides a clean UI, accurate scores, and quick updates. The app is decent for tracking games as they happen. Additionally, it has player info, push notifications for various key game moments, some news, and other functions. The news section feels a little bare but seems to have a decent selection. It won’t win any awards but it’s a simple app that gets the job done.

Cricket Line Guru is a simple, but effective cricket score app. It has support for a bunch of tournaments, including the World Cup. Additionally, it offers near-live score updates, match lines, and commentary. All of the information is decently organized for easy reading while at work or at home. There are even polls about who you think will win. There are a few bug complaints in the Google Play Store reviews, but it seems like most people enjoy the app. 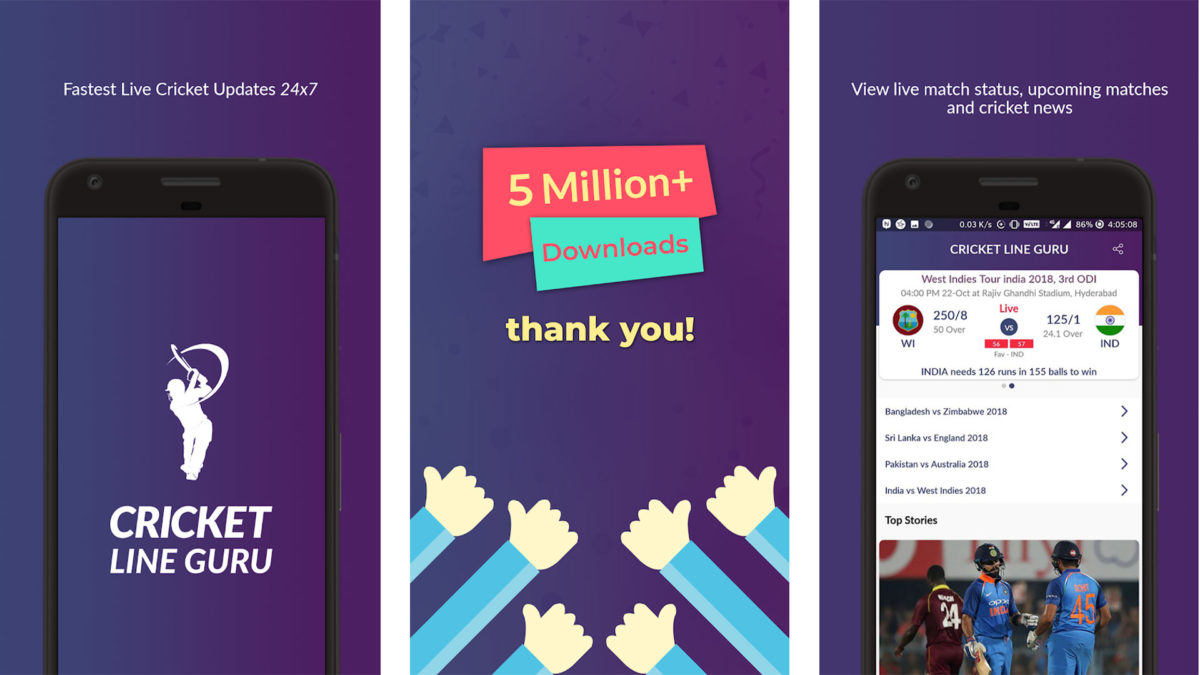 10 best apps for storing and monitoring your data

We didn’t expect ESPN to have a dedicated cricket ap, but here we are. The app boasts worldwide coverage of various leagues and tournaments along with live scores, ball-by-ball commentary, various updates and alerts, news, video highlights, and more. It’s a surprisingly decent all-in-one option and you can even customize it to only pay attention to the leagues and tournaments you care about. Most of the complaints we found were for connection issues. Other than that, the app looks and works well. 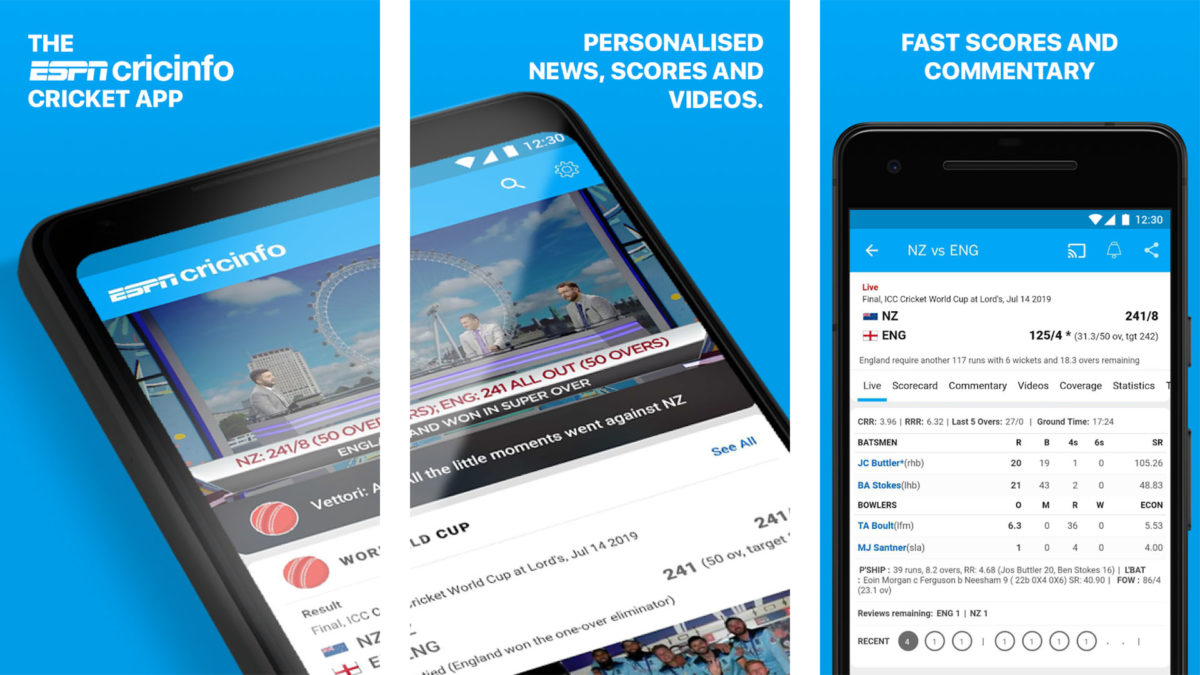 ICC is about as close to an official cricket app as it gets. The ICC is governing body of cricket and its official app covers all kinds of cricket stuff. It covers both men’s and women’s cricket, includes ball-by-ball commentary, a match center with a bunch of stats about the teams, full team pages with even more info, video content, tournament coverage, and a news section. It suffers from some connection issues and some say the website is better than the app. However, we thought the app worked just fine. It’s also completely free with advertising and includes a slick UI. 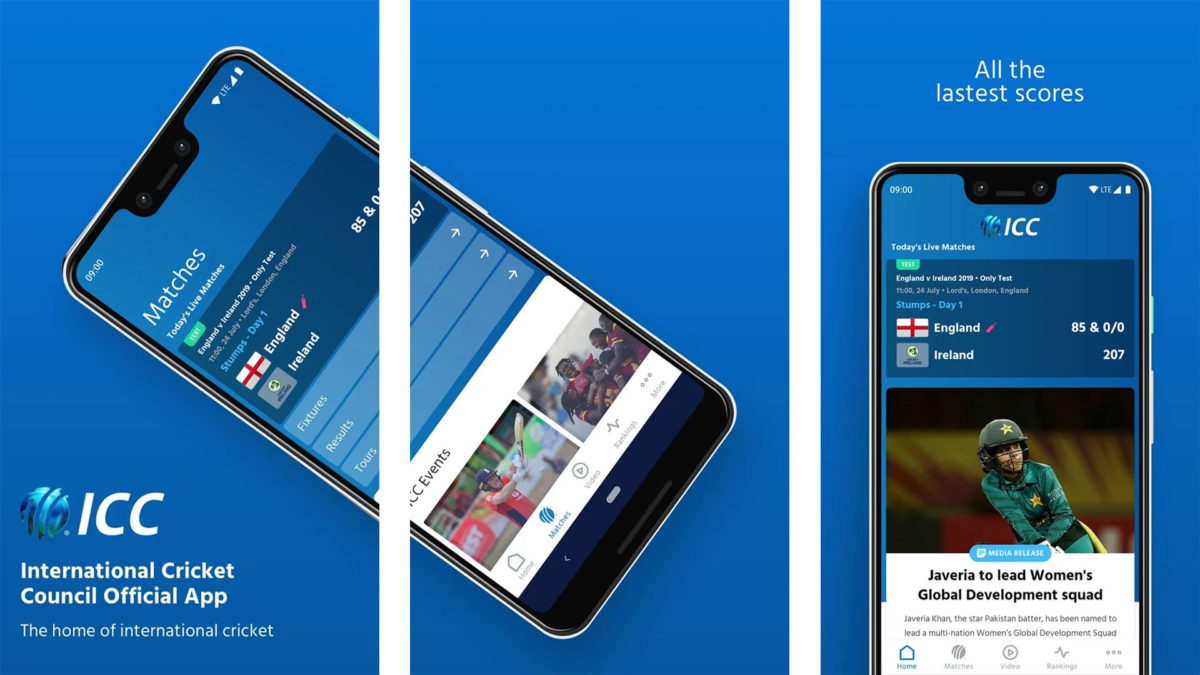 Live Line by Cricket Exchange is a popular cricket score app. It features a variety of tournaments and leagues, including both men’s and women’s leagues along with all three major cricket game types. You also get near-live score updates along with ball-by-ball commentary, video highlights, various trivia, a news section, and match polls. We like the leaderboards so people can brag over how right they are when it comes to predicting matches. There is a premium subscription that removes ads and it’s relatively reasonable if you’re really into this app. 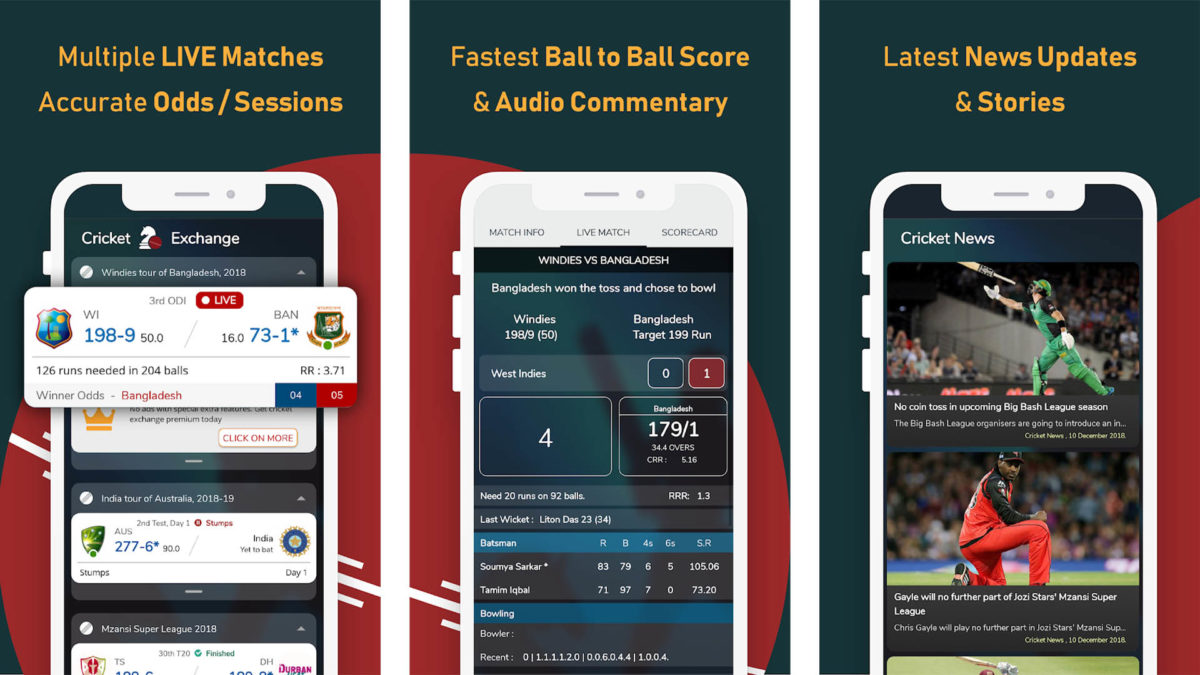 OneCricket is another less popular cricket score app with some decent features. It does all of the stuff you expect, like score updates and support for tons of cricket tournaments. However, this one lets you pin games so you can quickly refer back to it as needed. This quick score reference sets it apart from most of its competitors. However, it seems to lack a comprehensive ball-by-ball commentary and some bits of the UI could use a little work. Still, it’s better than most. 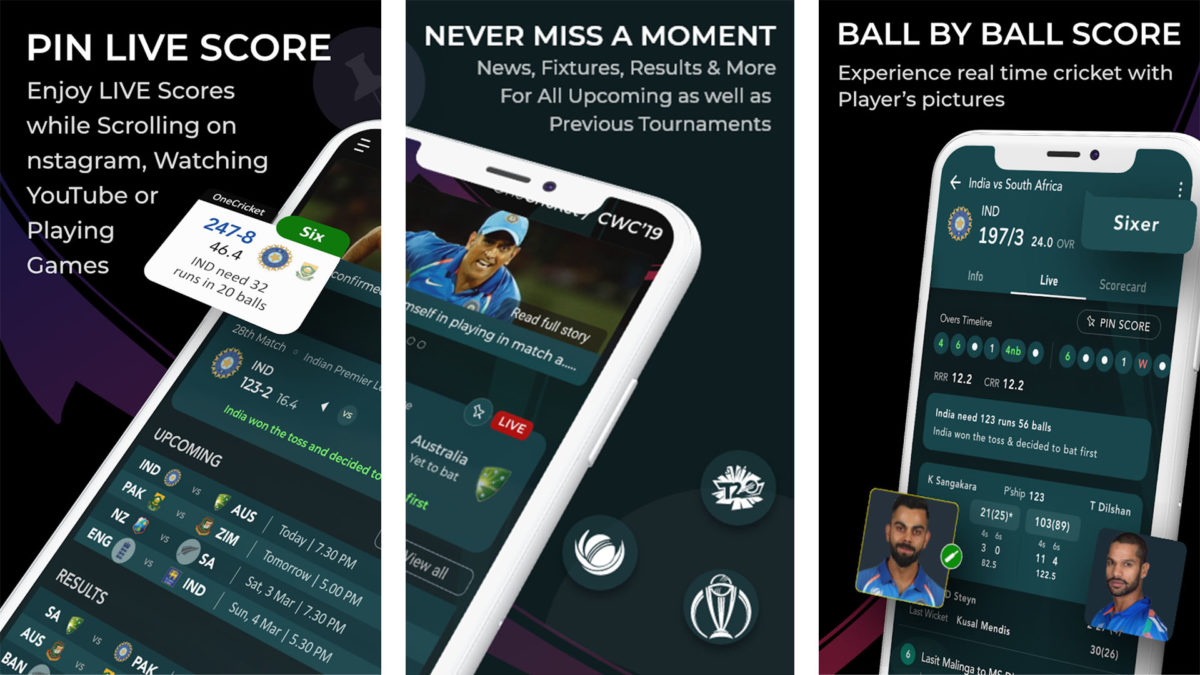 SofaScore is something a little different. This one covers multiple sports across multiple leagues all around the world. It’s best known for its soccer scores, but it covers most major North American sports along with other sports like cricket, rugby, volleyball, cycling, water polo, and many others. This is an excellent option for fans of multiple sports who want to keep track of their favorite teams or tourneys. It doesn’t have the super in-depth stuff of dedicated cricket score apps, but it’s great for people who want all their sports scores in a single spot.

If we missed any great cricket score apps, tell us about them in the comments! You can also click here to check out our latest Android app and game lists! 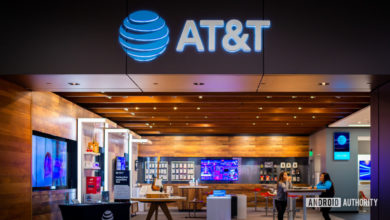 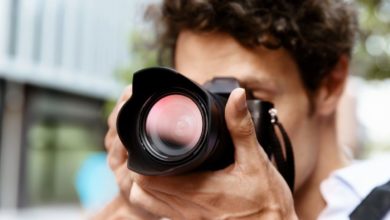 Become a photography pro for as little as $1 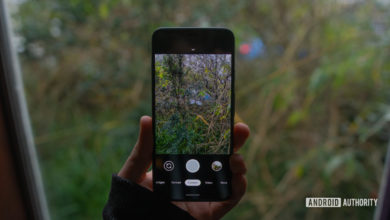 You might be able to buy the JBL Link Bar someday