As you can see, there are a lot of Black Friday smartwatch deals already live, and most of them can be found on Amazon.

You’ll want to pay close attention to these first few deals. You can buy a Fitbit Versa 2 for $50 off its list price, a Garmin Vivoactive 3 Music for $60 off, a Samsung Galaxy Watch Active 2 for $50 off, and a Fossil Sport for $126 off. Not bad at all.

Fitbit Versa 2 One of the best cheap smartwatches out there
The Fitbit Versa 2 combines Fitbit’s fitness knowledge with the brain of a smartwatch. The result is one of the best smartwatches you can buy today, regardless of whether you own an iPhone or Android smartphone.
Garmin Vivoactive 3 Music The cheapest way to get contactless payments and music on a Garmin watch
If you’re looking for a Garmin GPS smartwatch and don’t want to pay an arm and a leg (seriously, the new watches are expensive), you’ll definitely want to check out the Garmin Vivoactive 3 Music. It has music storage, Garmin Pay support, and all the fitness features you get with the standard Vivoactive 3 watch.
Samsung Galaxy Watch Active 2
The latest in Samsung’s line of smartwatches, the Galaxy Watch Active 2 features a circular display with a touch bezel. It also tracks your activities, such as cycling, running, swimming, and more. It even features Samsung Pay, which you can use with regular and NFC-enabled card readers.
Fossil Sport A great sporty Wear OS watch
Thanks to its 1.19-inch circular OLED display and Snapdragon Wear 3100 processor, the Fossil Sport is one of the best Wear OS smartwatches available. It also tries to be a fitness tracker, though heart rate monitoring is hit or miss. The smartwatch features are more than enough to warrant a purchase.
Withings Steel HR Sport Withings’ most capable hybrid smartwatch
Withings makes great hybrid smartwatches, but most of them aren’t that “smart.” The one exception is the Withings Steel HR Sport, which is now on sale for a nice $60 off the original list price of $200.
Garmin Fenix 5 Plus, 5S Plus, and 5X Plus It’s the Garmin Fenix 5 line, but with music storage and Garmin Pay support.
Garmin’s Fenix 5 Plus lineup only features minor refreshes to the wonderful Fenix 5 line, but these updates are very welcome. The company added Garmin Pay support and built-in music storage to make these multisport GPS watches truly robust.
Apple Watch Series 4 Still a fantastic smartwatch today
The Apple Watch Series 4 may not have that fancy always-on display, but it has a bigger display than all the other models that came before it. Plus, it comes with a built-in GPS, ECG, heart rate sensor, and plenty of useful workout features.

There are many more Apple Watch Series 4 deals through Best Buy, and you can check them all out here.

There aren’t many Black Friday fitness tracker deals out there, but we did manage to round up a few. The Fitbit Charge 3 is available for $137 ($13 off), though it’s worth noting we’re expecting to see the Charge 3 drop to $99.99 later in the week. Also, the Samsung Galaxy Fit is available for $79, or $20 off its original $99.99 price.

Xiaomi Mi Band 4 The best cheap fitness tracker
The Mi Band 3 was an excellent fitness tracker, and that doesn’t change with the Xiaomi Mi Band 4. It monitors your heart rate, sleep patterns, and more. Also, it comes with six workout modes and is swimproof.
Garmin Vivosmart 4
$99 .99 Save $30 .00

We will of course update this section as the deals go live.

Have you found any other great Black Friday fitness tracker or smartwatch deals? Be sure to leave a comment, and check out our other gift guides at the links below.

Best Buy Black Friday: A look at the current and upcoming deals 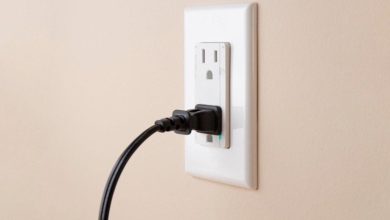 ConnectSense has built an in-wall outlet with HomeKit support