Signing up to be a parent is a huge commitment that forever changes your life. Your finances are now slashed apart and you have a child that comes first no matter what. You have much less time for your significant other and your nice car gets replaced for a minivan that’s riddled with cheerios in the back. One thing that parenting magazines don’t focus on is what having a child means for your tech toys.

As a geek dad, I’ve seen a lot of good tech end up taking some pretty notable abuse from my children. Here’s a look at just some of the victims my three children have terrified throughout the years.

Editor’s note: If you’re not a parent or thinking about becoming a parent, perhaps the following article won’t directly relate to you. Still, if you’re curious just how destructively evil children can be, feel free to stick around and enjoy my misery.

My now-ten-year-old daughter was around three when this incident happened. I bring it up because it was the first time I had witnessed the raw destructive power of a toddler. Little did I know this was a very small incident and only a sample of what was to come.

Bottom line, my daughter ended up getting into the DVDs and decided it would be fun to shove them into the PS3. I think she got up to around nine or ten DVDs? I just remember I had to fish them out with a piece of wire. Somehow, several ended up being forced out of the drive and into the casing, so I also had to open it up and remove the DVDs from the inside.

All in all, this was a minor crisis and my PS3 ended up escaping unharmed. Nonetheless, I still remember it involved a lot of profanity on my end.

My first and last iPad. I guess it wasn’t what it was cracked up to be? 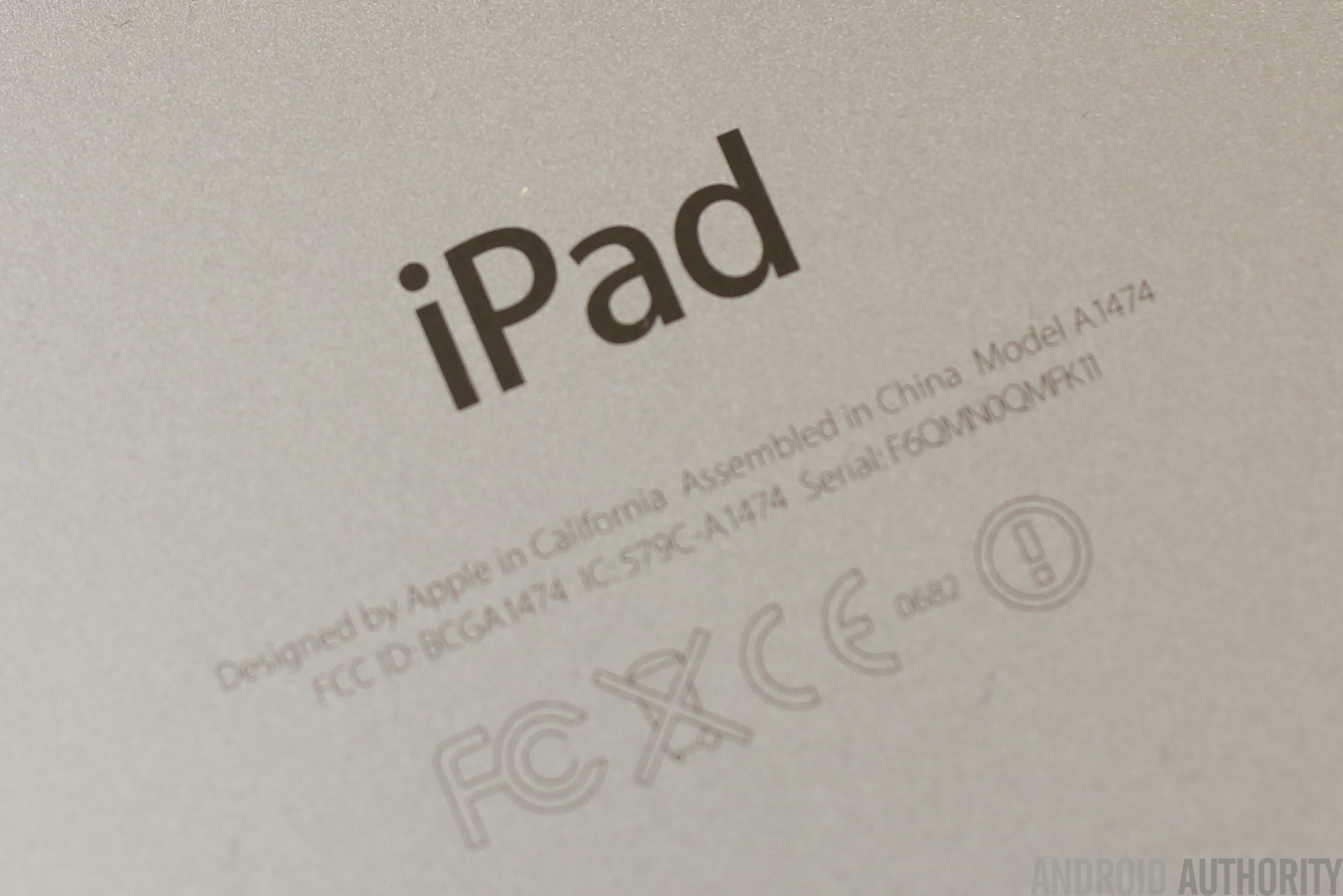 This next act of terror came a little under a year after the PS3 incident, if memory serves correctly. I’d never used an iOS device on a daily basis and wanted to see what it was like. So I picked up a second-gen iPad that I bought for dirt cheap in used condition. It lasted three months.

My daughter was playing on the iPad in our room. I was next to her and put a glass down on my nightstand. In a matter of seconds, she somehow knocked the glass off the stand with her feet and it magically landed right on the iPad, cracking it. Considering how cheap I’d purchased it for, I decided not to fix it.

To be fair, this one was a true accident and not just “toddler destruction.” That didn’t make me feel any better about it, though.

The many nightmares endured by my Nintendo Switch (and its joysticks) 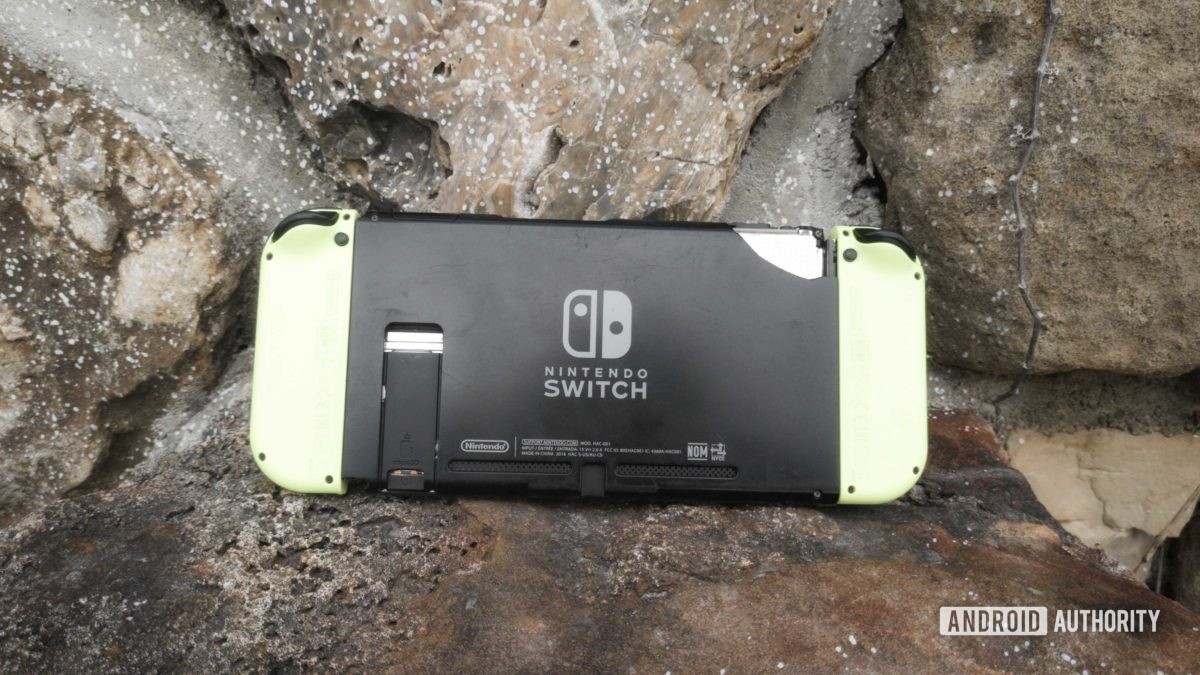 After the iPad, I wised up a bit. I started keeping my tech toys out of reach and limited my kids’ use of them as much as possible. Thankfully, I had no major issues for the next several years. Then I made the mistake in sharing a Nintendo Switch with my kids and not putting a million cases on it.

The Switch has been dropped at least twice, maybe more. It’s rear is now cracked beyond repair and the kickstand has long since vanished. They’ve also managed to wear out two sets of Joy-Cons. Oh, and the third set is missing its plastic nub because my toddler decided to bite it off like the barbarian he is. 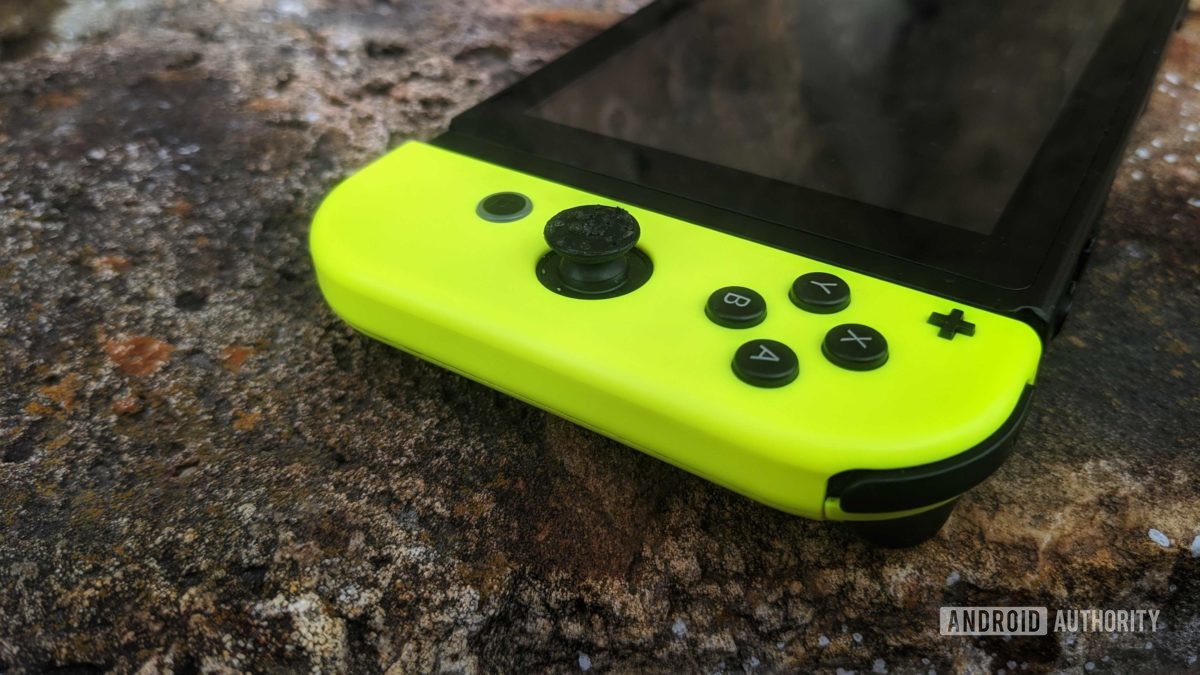 My Switch looks like it’s been through a few wars, but thankfully glass screen protectors have kept its screen looking purdy. It also still works; I just cry a little on the inside every time I use it.

The Wii U gamepad magically ends up busted 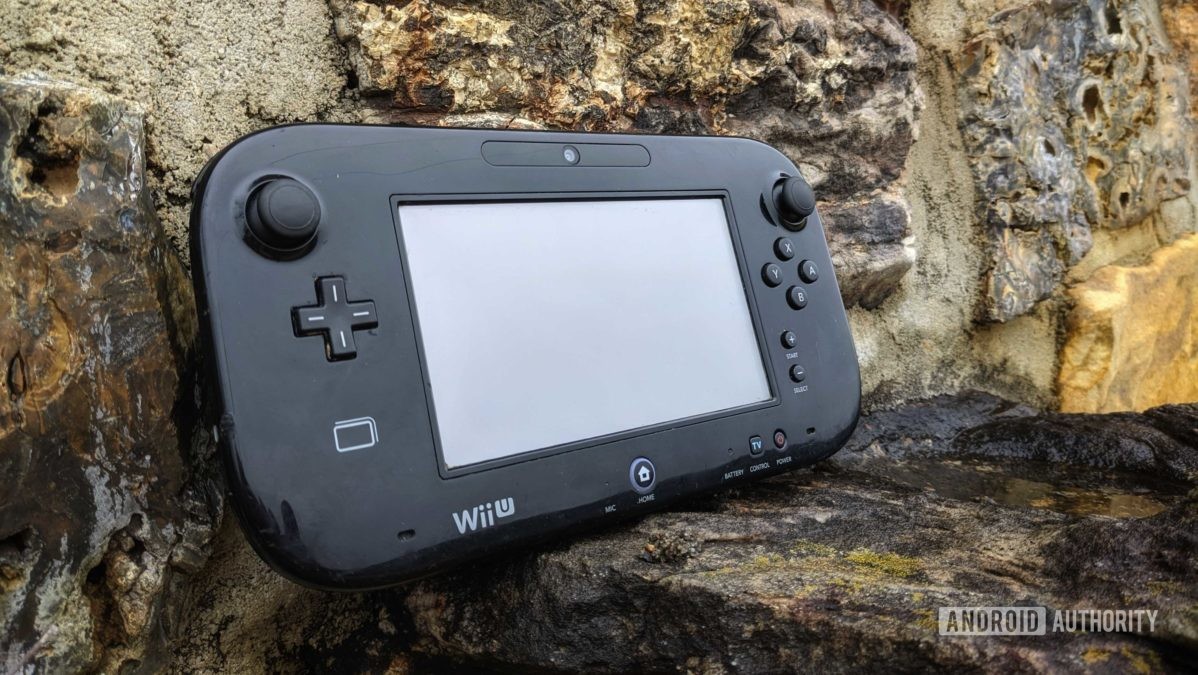 After we purchased the Nintendo Switch, the Wii U was used considerably less. One day, I decided to fire it up and play some totally legitimately acquired GameCube games on it. The system turned on fine. Everything was A-OK, until I noticed the gamepad screen was no longer working. The plastic screen wasn’t visibly broken, but all the screen emitted was white light. It had clearly gone on to a better place.

I don’t know which of my three monsters was responsible for this, but none have ever come forward to claim the honor. Could it be they weren’t even involved? Very possibly, but kids make for great scapegoats when things go wrong.

My gaming PC and the terrible, horrible, no good, very bad day 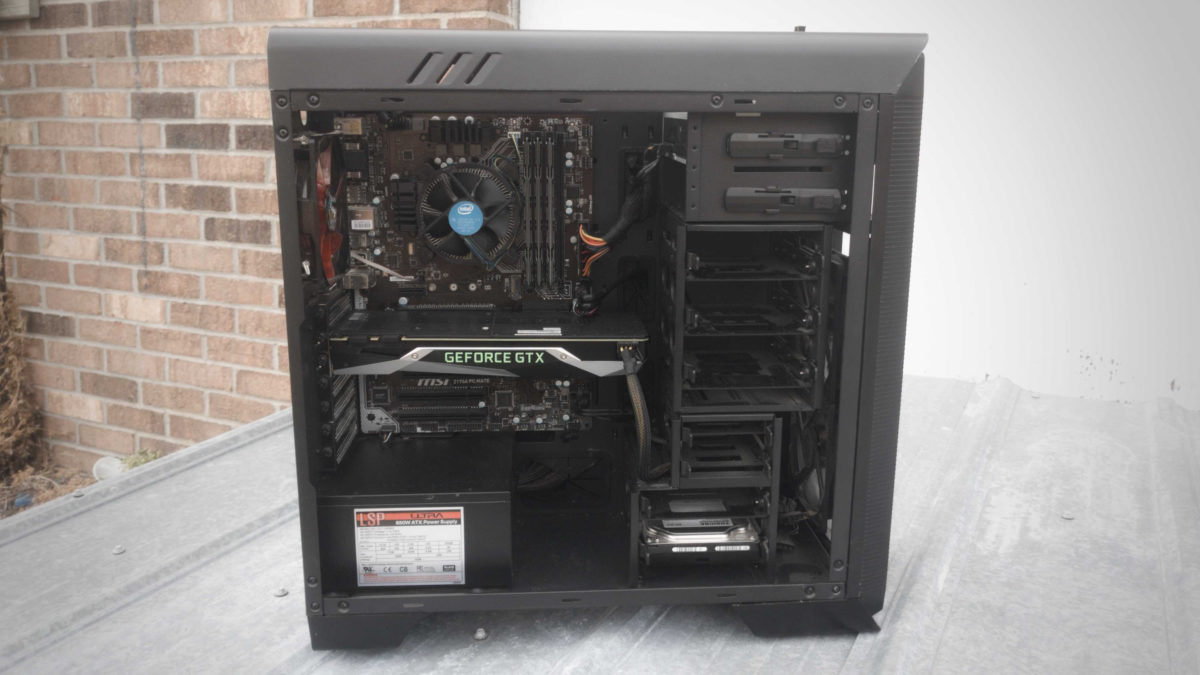 Many of my tech mishaps can be summed up with the fact I was stupid enough to let them play with my tech, or didn’t ensure that they had screen protectors or cases. I can accept that many of my issues could potentially have been averted. Then the great PC incident of 2019 happened.

Two weekends ago, I was watching TV when I heard what sounded like spitting sounds behind me. I turn around and there’s my toddler with his sippy of milk. He’s spitting it out onto… oh my god… no. Yes, he’s actually dribbling milk into the insides of my gaming PC (a custom desktop worth around $2,000).

I immediately jump up and turn off my computer. I look into the case and assess the damage. Most of the milk, thankfully, landed on the plastic guard on my GTX 1080. But then I noticed a little on my RAM, on some of the cords, and so forth.

You’ve probably heard water and electronics don’t mix, but milk is much worse. The reason is something called sugar. If you don’t properly remove sugar from an electrical component, it is bound to corrode.

As you can imagine, I wasn’t pleased. I was so displeased that my wife left for the morning to take the kids grocery shopping, just so I could curse in peace. I spent the next hour or so taking out any affected components and wiping them down with isopropyl alcohol to remove the sugar residue.

The worst part was the waiting. After cleaning off computer parts you can’t just turn it all back on. It would take days before I could turn on my PC and determine its fate. Thankfully, I can tell you my PC is working just fine and there’s no sign of any damage at all.

What’s the solution to dealing with kids and tech? 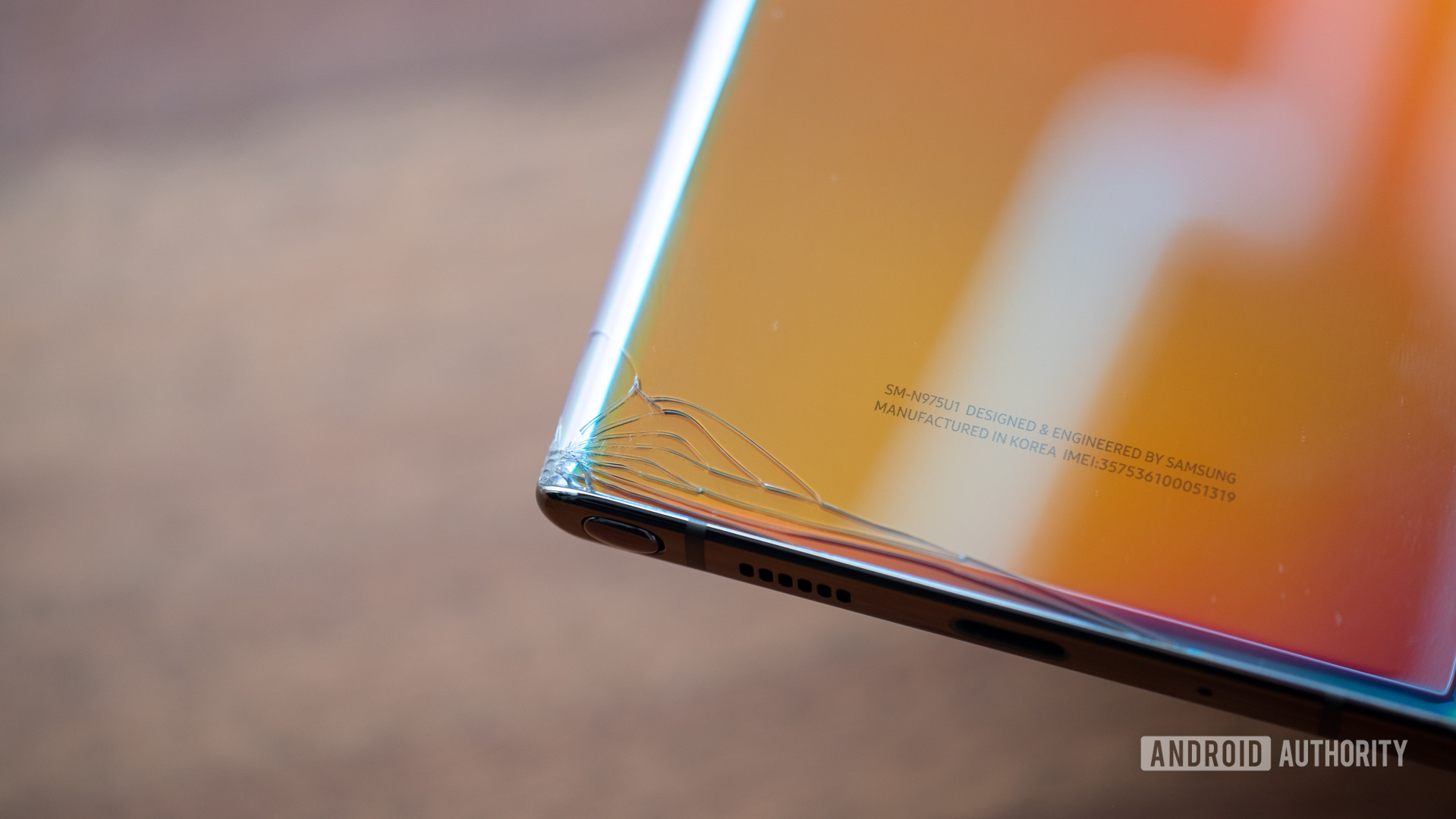 If you aren’t a parent and never plan to be one, you might be wondering why I didn’t just lock my stuff up tight or make sure to add a case. It’s a fair point. For the most part, I did wise up over time and ended up having fewer issues as a result. The PC thing, though, was hard to prevent.

One thing about toddlers is they are fast. Unless you literally watch and follow them 24/7, they are going to get into trouble. There’s no avoiding that. The milk incident happened in less than a minute, for example. The PS3 DVD incident also happened in a window of just a few minutes. That’s all it takes for kids to wreck your stuff.

If you’re a parent of a young kid, you might be able to relate to some of my nightmares above. Or, if you’re thinking about becoming a parent, you might now be strongly reconsidering.

The best solution to dealing with kids around your tech is this:

No matter how careful you are, bad things will happen when young kids get near tech. The key is to react quickly. In the case of my computer, if I’d not been paying attention to my child I would probably wouldn’t have realized my PC was bathing in milk until it was way too late.

The last bit of advice I can give is that you shouldn’t get attached to possessions. That’s true of everyone, but as a parent it is especially true. The way I look at it, karma is just repaying me for my dad’s car I crashed into a neighbor’s house when I was fourteen and shouldn’t have been driving, for the burnt hole in the carpet from the turtle heater when I was a teen, or the many of the other things I broke growing up.

I know I’m not the only parent who has suffered at the hands of their kid’s destructive superpowers. I know of a friend who had a kid knock down a flat screen TV that was worth two grand. Any other tech-owning parents out there with a fun (or tragic?) story tell about their kids abuse of their stuff?

The US government looks to extradite Huawei CFO arrested in Canada 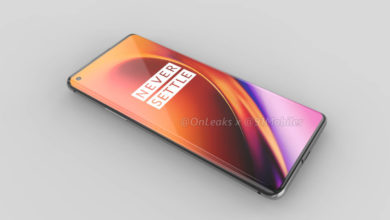