Apple products don’t often go on sale, especially newer ones, but sometimes you can find a great deal if you know where to look for it. With Cyber Monday on the horizon, we’re starting to see some really appealing offers from a variety of retailers if you can snag them quick enough. We’ve been scouring the Internet to find the absolute best Cyber Monday Apple Watch deals you can score in 2019.

The first thing you’ll need to know, though, is which one to get. Let’s help break that down.

As has been the case for the past few years, Apple Watch is going to be a hot ticket this holiday season and these excellent Cyber Monday deals are how you can get the best price. Apple officially sells the Apple Watch Series 3 and Apple Watch Series 5, though the Apple Watch Series 4 is still available via authorized resellers like Amazon, Walmart, and Best Buy. Apple is unlikely to provide any direct discounts itself, so these third-party retailers are your best bet for finding an Apple Watch steal this month.

Apple’s most affordable model dropped in price when the Series 5 was announced and is already discounted from that new low. We have been seeing a real push for Black Friday and Cyber Monday as customers look to buy these as holiday gifts, but the best deals are selling out fast. 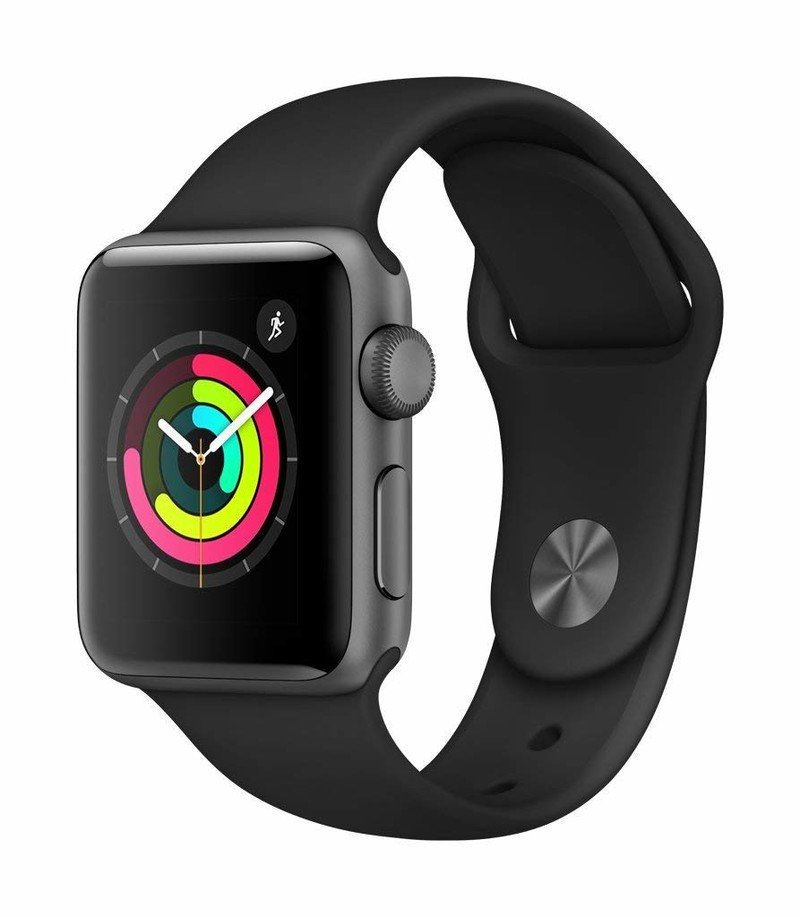 Apple Watch Series 4 may have been discontinued by Apple, but third-party retailers still seem to have a steady supply and the discounts have been coming in hot for Cyber Monday as retailers try to shift their stock ahead of the holidays. It seems to be working as most have started to sell out. 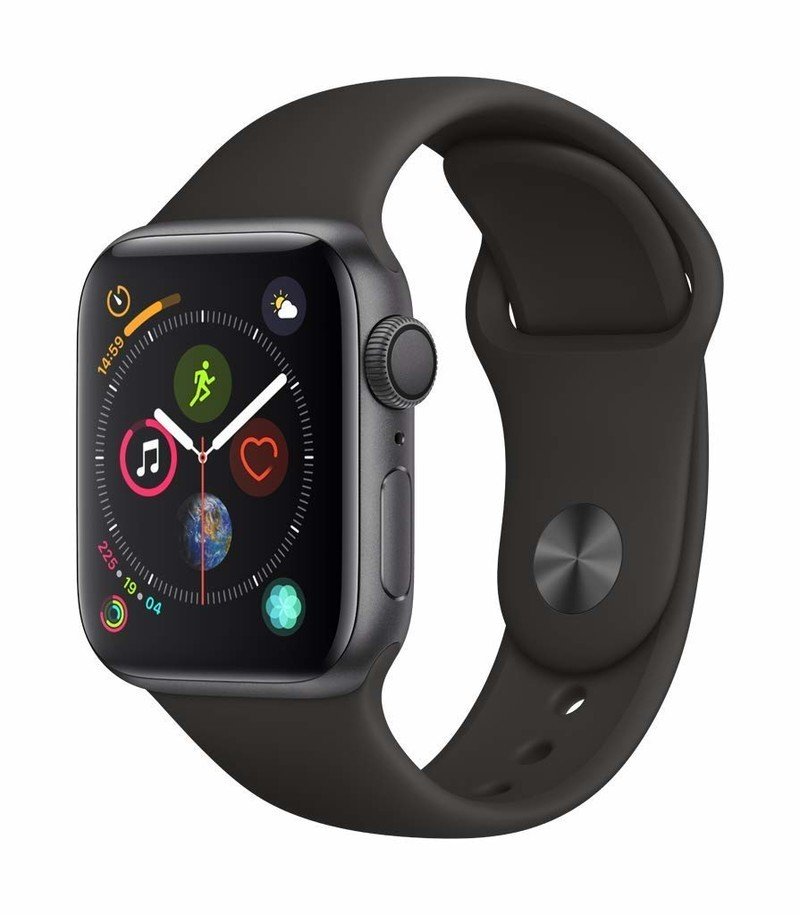 Right now, Best Buy is the best place to buy Apple’s Series 4 smartwatch with up to $50 off a variety of configurations. The discount applies to both sizes and a number of different case and band color combinations. Select GPS + Cellular models are discounted by even more with savings as high as $100.

Apple Watch Series 5 has only been on shelves and wrists for a couple of months, so deals have been harder to come by. That being said, a few models have seen some modest, limited-time sales in that time. Black Friday and Cyber Monday have dropped prices even lower to tempt holiday buyers and convince existing Apple Watch owners to upgrade to the newest model. 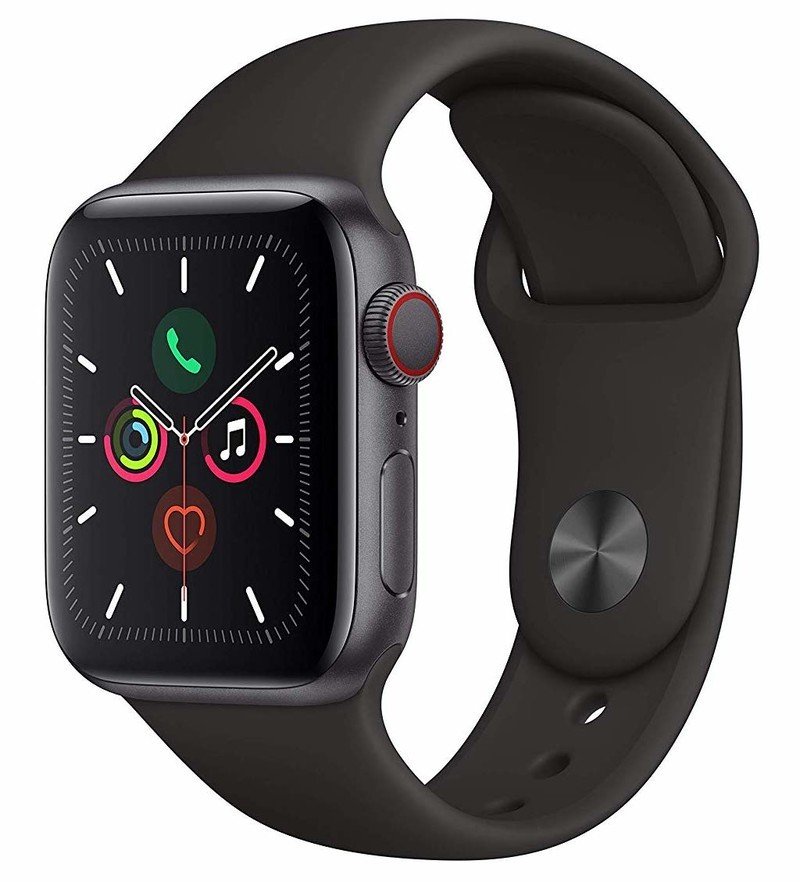 You’re unlikely to grab a stellar deal on the Series 5 even during the Cyber Monday weekend, but Amazon has some solid discounts right now on the GPS-only Apple Watch models with prices starting at $355. Some GPS + Cellular models also have small savings.

There are a lot of things to factor in when it comes to picking the right Apple Watch, balancing features with price, as well as ensuring you’re investing your money in a product that will stand the test of time.

If you missed Black Friday, then Cyber Monday is the ideal time to snag yourself or a loved one their first Apple Watch and the Series 3 may be the best entry point. It’s the most affordable, for a start, supports the latest watchOS software, and still packs in a bunch of advanced health and fitness monitoring sensors and keeps you connected to your friends and family without being glued to your iPhone.

The Series 4 was the first model to take the screen edge-to-edge, bumping the sizes up to 40mm and 44mm. Internally, it got a new processor with the S4 chip which is twice as fast as the one in the Series 3. It also added an optical heart rate sensor for the first time with the ability to perform an ECG and upgraded the Bluetooth to version 5.0 for a more reliable and battery-efficient connection. While you certainly wouldn’t be disappointed with the performance of the Series 3, if you can stretch to the Series 4 you would make noticeable gains in performance.

Those wanting to have the latest and greatest should, of course, go for the Apple Watch Series 5. It’s the newest model, having only been released in September, and therefore the most advanced (and most expensive). The key differentiator between the Series 5 and its predecessor is its always-on display. That means you no longer have to turn your wrist to glance at the watch’s face. Design-wise, they are almost indistinguishable, though internally there have been bumps to the processor, storage capacity, and a couple of other sensors.

Apple Watch is available with an aluminum case or a stainless steel case, with each material being available in a few colors to suit your personal tastes. Both of these configurations work exactly the same in a functional sense with the same features and internal components, so it is really a personal preference when it comes to case materials.

That being said, there is a subtle difference with the display glass of the aluminum and stainless steel Apple Watch models with the former making use of an Ion-X glass and the latter using sapphire crystal to cover the display. Ion-X glass is lighter and more resistant to impact than sapphire crystal, though it will scratch easier. The activity you intend to use your Apple Watch for may dictate your choice here.

The Apple Watch Edition has a ceramic case with a white finish and has the sapphire crystal display.

Do I need an Apple Watch with Cellular connectivity?

All of the Apple Watch models currently sold offer a GPS-only model or a GPS + Cellular version. Both the GPS-only and the GPS + Cellular iterations of the Apple Watch can make and receive calls, send and receive texts, get notifications, listen to music directly, and perform actions for various supported third-party apps. Where the big difference lies is that the Cellular model allows you to use your Apple Watch, even if your iPhone is nowhere near you. If that sounds like something you need, then go for Cellular. Bear in mind, though, that the Cellular models are generally a tad more expensive and require you to have a data plan with your carrier or service which may cost more per month. Using your Apple Watch’s cellular capabilities will also have an impact on battery life.

The Apple Watch Series 5 with GPS + Cellular supports international emergency calling, even if you don’t have an active cellular plan.

Will my Apple Watch bands still fit if I upgrade to a new model?

Why should I buy an Apple Watch over a Fitbit or other smartwatch?

There are tons of fitness trackers on the market from Fitbit, Garmin, Xiaomi, and more, and many of them cost less than an Apple Watch. While the features of your run-of-the-mill tracker vary by model, the majority do not offer the same level of health and fitness tracking accuracy as Apple’s newest smartwatches and none of them come close when it comes to the broad array of apps and the tight integration with your other Apple devices and services. You can also use your Apple Watch to make and receive calls, send and receive text messages, use Siri, and much more.

What iPhone do you need to use an Apple Watch?

Your new Apple Watch is likely to arrive running Apple’s latest watchOS software — watchOS 6 — which requires your phone to run iOS 13. That means you need a phone that is as recent as the iPhone 6s or newer in order to upgrade your Apple Watch.

Is the Apple Watch price worth it?

Apple users have long been used to paying a premium for the Cupertino company’s products. The so-called “Apple Tax” also applies to the Apple Watch, though there isn’t a smartwatch on the market that really compares to the Apple Watch when it comes to functionality. For iPhone users and those that are deep into the Apple ecosystem of apps and services, the Apple Watch is a no-brainer choice when it comes to wearables, even if you could get a dedicated fitness tracker for less. With the below deals, you could hopefully escape paying more than you need to for one of Apple’s latest devices, too.

How to get the Best Cyber Monday Apple Watch Deals

Major Apple Watch discounts come around occasionally, but not often — especially on the newer models. Cyber Monday changes things, though, as it kicks off the holiday shopping season. Retailers offer some tempting discounts for gift-givers and to encourage those with older Apple Watch models to upgrade.

We regularly scour the internet for the best Apple Watch deals. We will keep this page updated with the best deals we can find, so if you frequently find yourself looking for it, you’ll want to bookmark this page.

Finding the perfect band for your Apple Watch can be quite a challenge, especially one that doesn’t break the bank. But there is actually quite a nice variety of quality bands priced under $20. Here are 30 great-looking Apple Watch bands fresh from Amazon that are bound to catch your eye and save you a bit of cash. 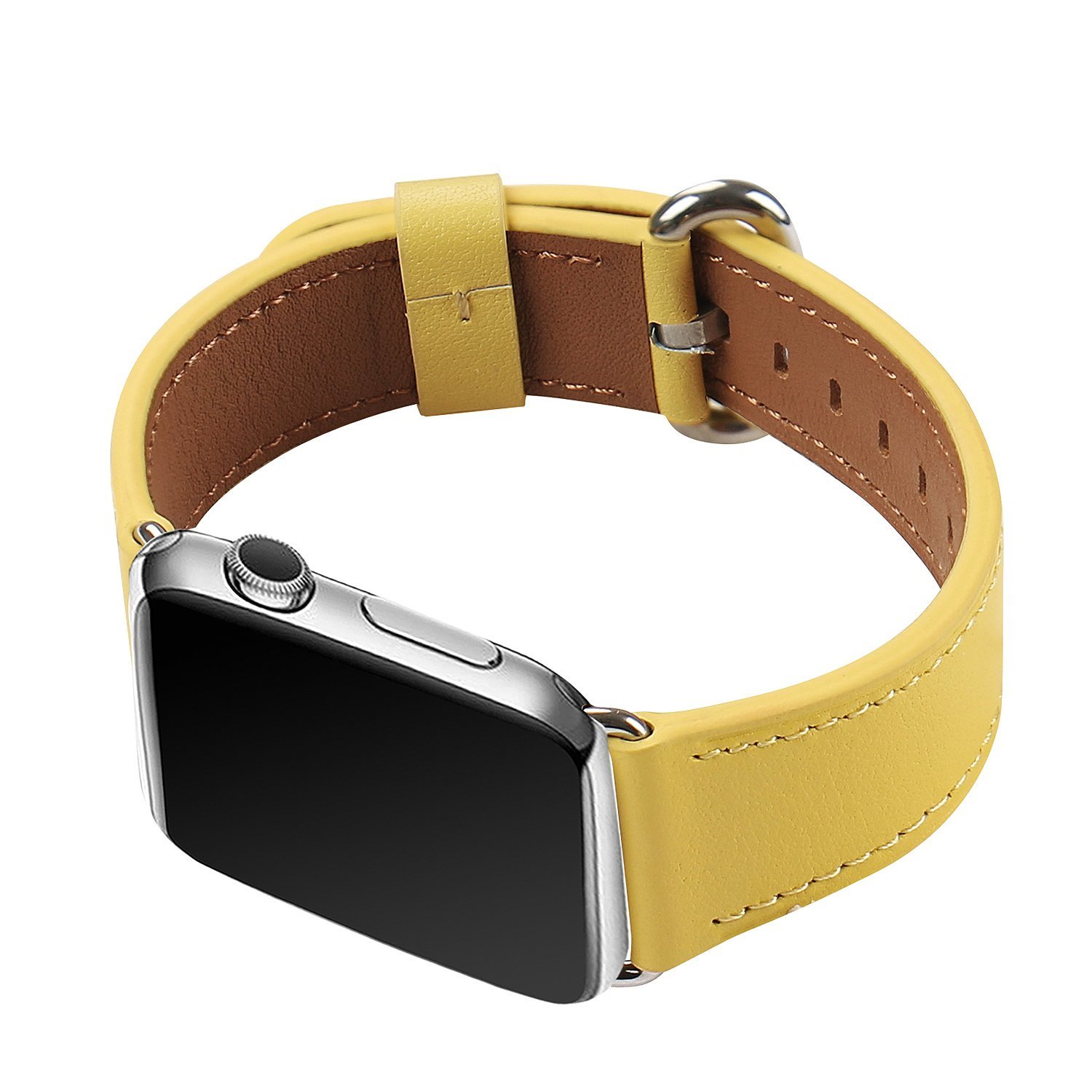 The WFEAGL Apple Watch Band is a top-grain, genuine leather strap that comes in a huge range of colors. 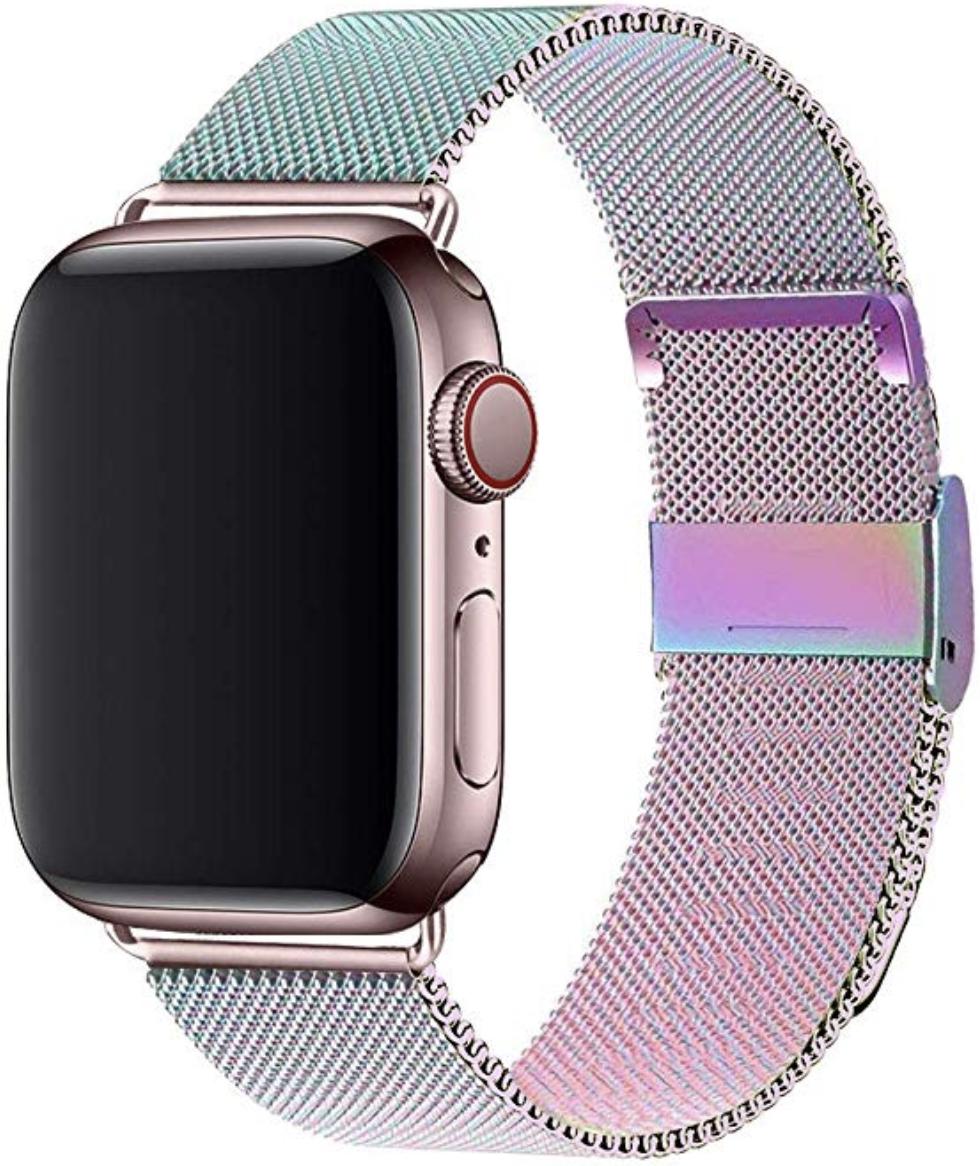 The RUOQINI Apple Watch Band is a milanese-style band that fits a variety of different wrist sizes and comes in both watch sizes suitable for any generation Apple Watch. Choose from six different colors. 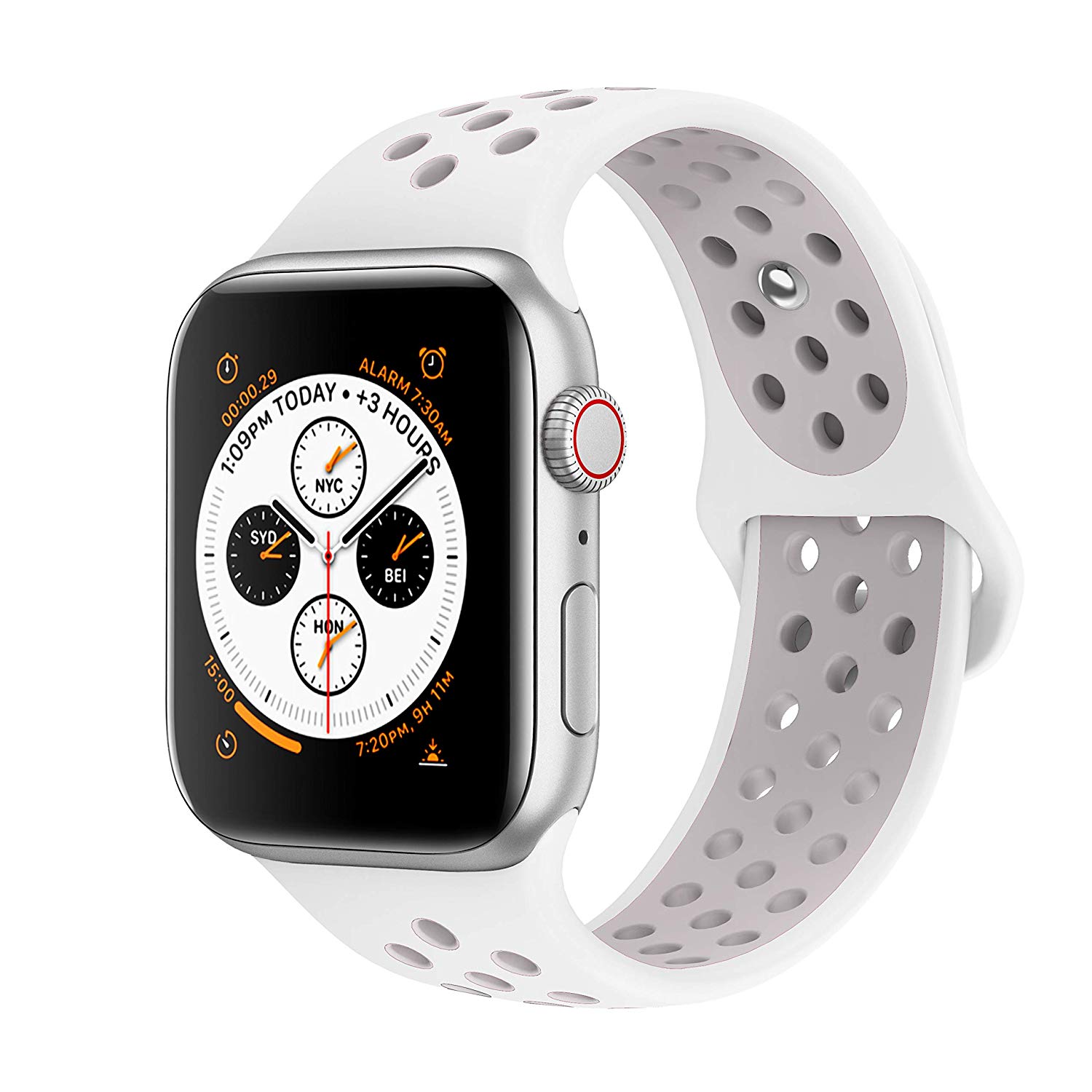 The breathable AdMaster Soft Silicone Strap Replacement is perfect for people who are looking to work up a sweat. It even comes in a three-pack option. 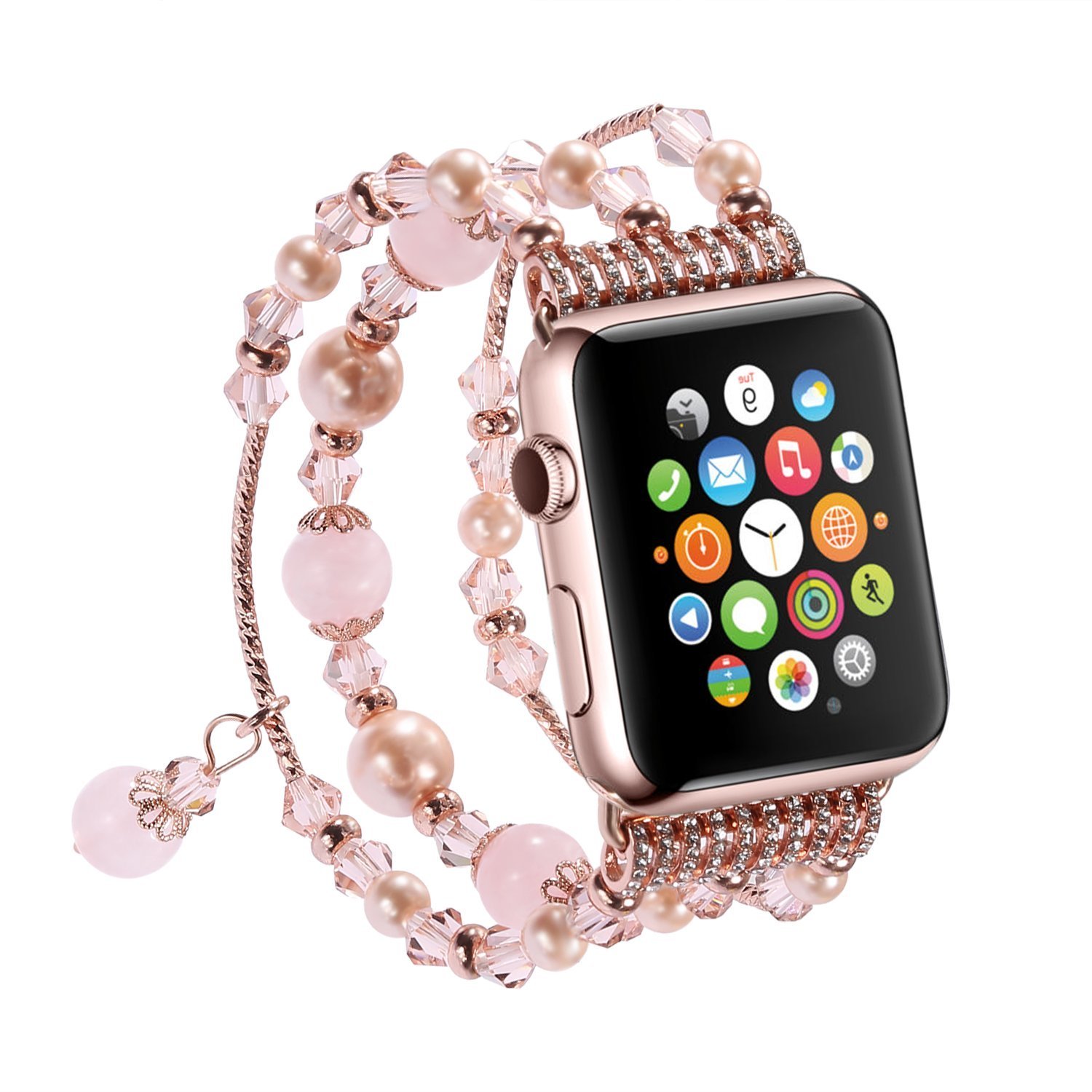 The Tomazon Pearl Stone Bracelet Strap is a pretty and fashionable strap that looks more like a bracelet than a boring watch band. 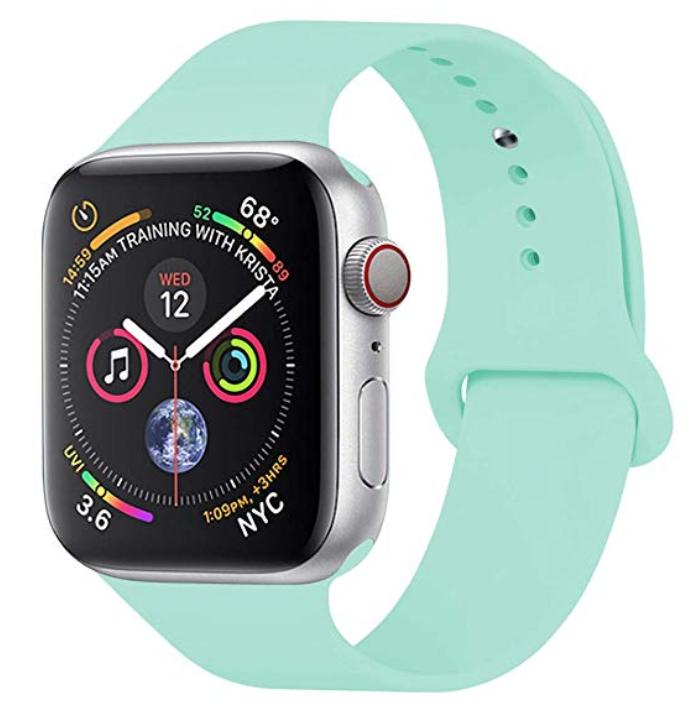 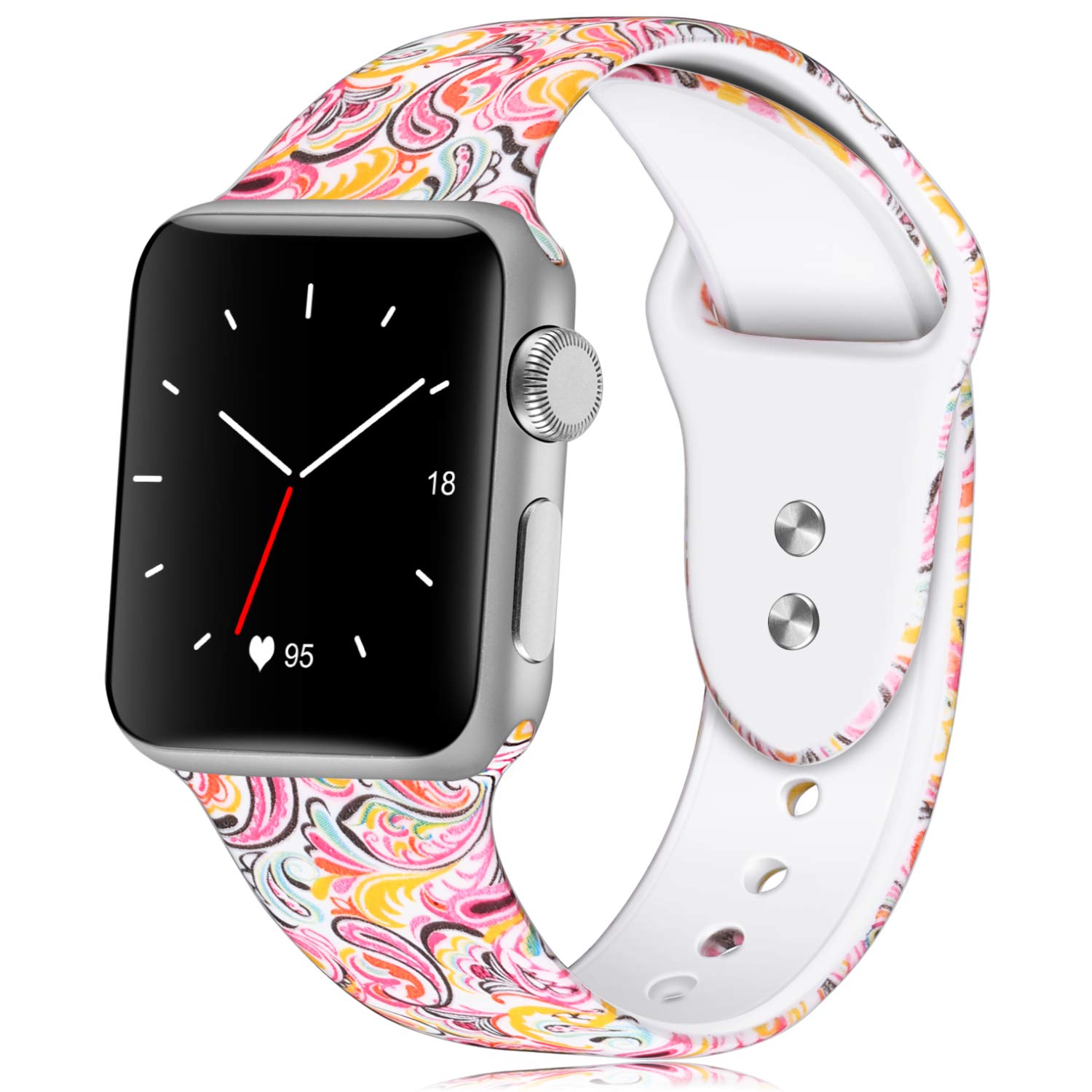 The KOLEK Soft Silicone Strap Replacement comes in some pretty funky patterns and is made from comfortable silicone.

Everything you get in Fire Emblem: Three Houses – Seasons of Warfare

The best apps for handwriting with the Apple Pencil and iPad 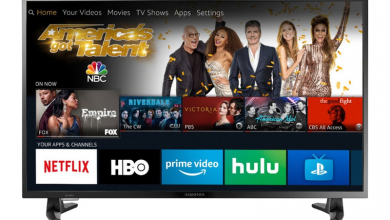