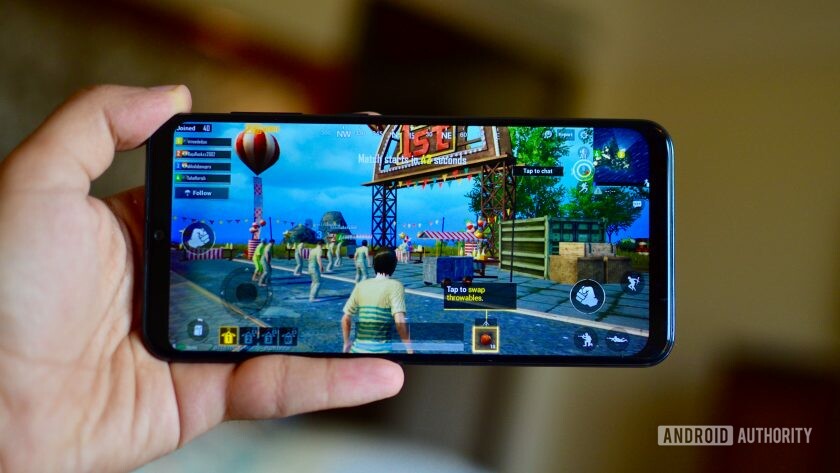 Looking for games without in-app purchases? Check these! 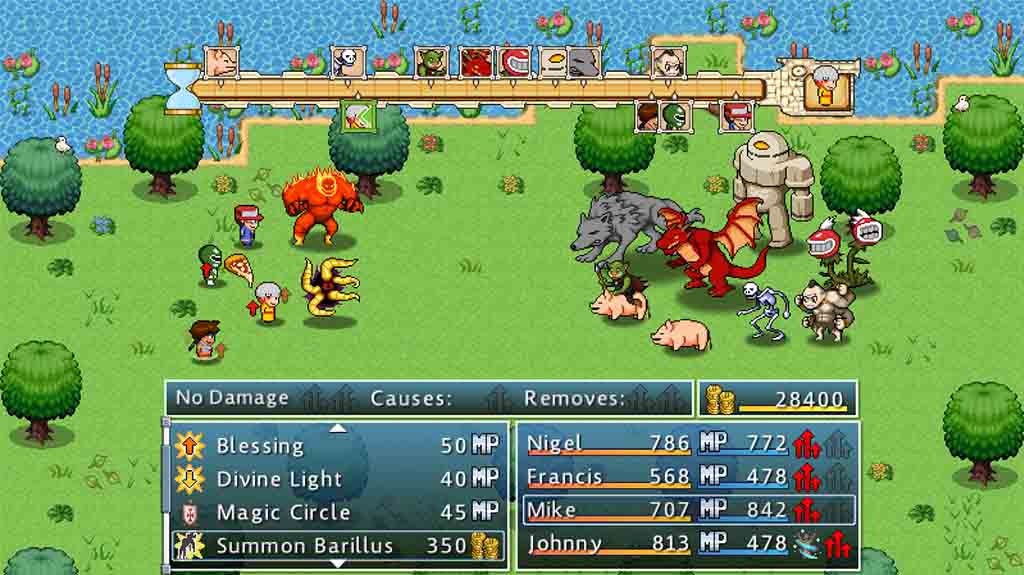 15 best free Android games with no in app purchases 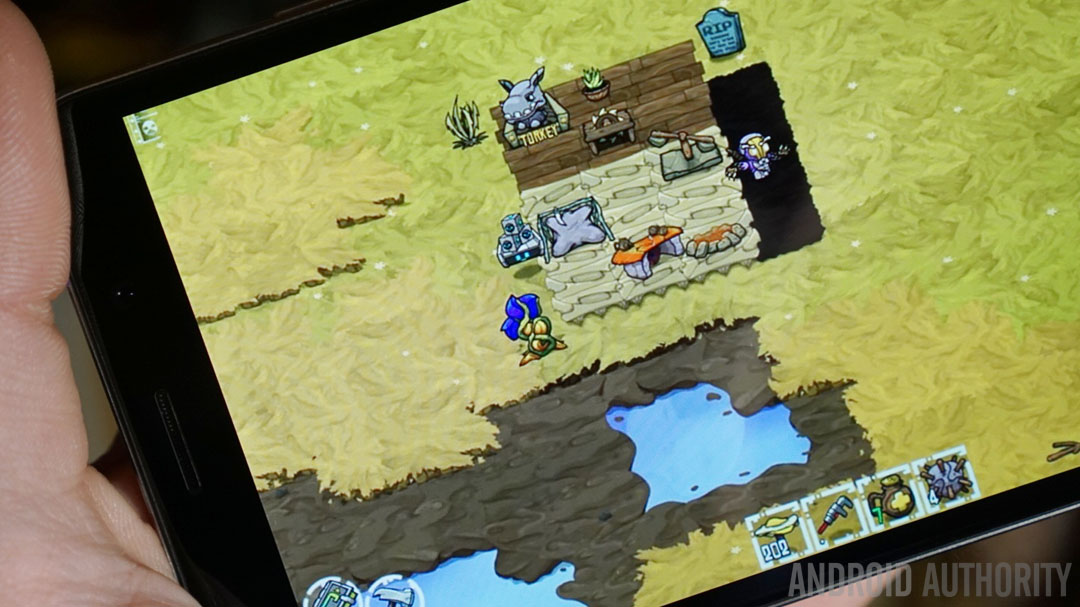 Another Eden is an interesting mobile JRPG. It has the same writer as Chrono Trigger along with the same composer. The interesting part is how many elements of Chrono Trigger’s story end up in this game. It has time travel to various eras in history and there are some throwbacks to smaller scenes from Chrono Trigger. The game itself is a step above your standard mobile RPG. You roam around the game world with your companions instead of accepting missions like most. However, there are still gacha elements and simplified battle mechanics. There is no energy so you can play as much as you want to. However, our big gripe is the lack of Google Play Games cloud saving. It was a surprise hit of early 2019 and an easy shoo-in for a list like this. We do recommend preparing in advance if you trade in your phone and need to backup your data.

Alto’s Odyssey is a natural choice for a free Android game. It features simple mechanics, gorgeous graphics, and a relaxing style. Players ski down a hill while avoiding obstacles and making massive jumps. There are also items to collect that can be traded in for various customization options. The game relies heavily on its wallpaper-worthy graphics. They are simple, but effective and the dark, gradient colors add a good atmosphere for the game. It’s completely free to download and play with some limited ads. There are in-app purchases, but they are all for customization stuff so it’s entirely optional and it doesn’t affect game play. It’s kid friendly and fun. Noodlecake Studios also does Alto’s Adventure and Farm Punks, two more games that could easily make this list.

The Asphalt franchise has some of mobile’s most popular racing games. Asphalt 8: Airborne and Asphalt Xtreme were the big ones in the series. However, Asphalt 9: Legends came out in July 2018. This is the most recent game in the series now. It includes 50 cars, a bunch of challenges, and a bunch of content to play with. That includes online multiplayer, single player stuff, and more. It uses an auto-go mechanism so you can’t control your acceleration. That has angered some players. The graphics are good and there are social elements as well. It’s a freemium game. Thus, the online competitive aspect may be skewed a bit. However, the single player stuff is classically good arcade racing.

Brawl Stars is Supercell’s latest hit game. It’s a brawler with online multiplayer elements as well as some MOBA elements. Players drop into a game with a couple of teammates, brawl with opponents, and try to win. There are a few game modes, including a straight brawl mode, a mode where you collect crystals, a heist mode where you steal the opponent’s treasure, and a bounty mode where you beat specific opponents on a team. It feels like a Supercell game and that’s mostly a good thing. Supercell also makes Clash Royale, Clash of Clans, and Boom Beach if you want something a little different. Brawl Stars was one of the biggest releases of 2018.

Call of Duty: Mobile is the latest game on this list. We usually wait a bit to see how a game plays out, but this one is so intensely popular and so intensely good that we had to add it basically immediately. The game includes classic online FPS PvP like any Call of Duty. However, it also includes a 100-player battle royale mode similar to PUBG Mobile and Fortnite. That puts it in a rare category of a good regular FPS game like Critical Ops as well as a good battle royale like PUBG Mobile. The game has in-app purchases, but they seem to be solely for cosmetic gear and a good amount of it is available as in-game rewards. The game play is good and people seem to really like this one. It’s relatively new so there are some bugs, but those should be ironed out over time.

Critical Ops is among the newer generation of first person shooters and it’s one of the best. In this title, you’ll battle terrorists in a variety of urban-oriented levels or you can play as the terrorists if you want to. It has a strong online multiplayer community where you can play with your friends as well. It’s still a work in progress, but it seems to hit all the right marks and it’s updated frequently. If you’d like a first person shooter that’s completely free, NOVA 3: Freedom Edition is quite good as well. They’re both free Android games worth checking out.

EA has the market cornered on sports games. They are the only developer with yearly launches for most sports, including their Madden NFL Overdrive game, FIFA Soccer, NBA Live Mobile, EA Sports UFC, and others. These games all have very similar elements. You can play the actual sport and there is a sim mechanic in all of these games. The graphics are usually pretty decent and the controls are generally good. However, EA sports games have heavy freemium elements. That is a frequent frustration for many players and it makes it difficult to recommend EA in general. Unfortunately, EA is the only developer that makes games for most sports so that makes them the best by default. There are a few soccer games (Dream League Soccer) and Motorsport (Motorsport Manager Mobile 3) that are really good too. EA also has some popular freemium games like Star Wars: Galaxy of Heros that people seem to really like.

Final Fantasy Brave Exvius is perhaps the best Final Fantasy-themed freemium game out there. It features tons of elements from the original games, including actual town and dungeon explorations, hidden treasures, secret dungeons, and tons of lore. The game play is simple to learn but you’ll need to think critically in order to beat bosses and hard opponents. You’re frequently rewarded for logging in daily and additional missions, quests, and activities helps keep the game fresh. This is about as good as it gets for freemium titles. If this one isn’t doing it for you, but you love Final Fantasy, you can also try out Mobius Final Fantasy and Final Fantasy Record Keeper.. They round out a very positive group of freemium games from the Final Fantasy franchise.

Hearthstone: Heroes of Warcraft is a card dueling game where you unlock cards, build decks, and then duel other players using the deck you built. You can build multiple decks and Blizzard has been pretty good with putting out regular updates to add more cards and content. You can also log into your account on mobile or on PC which is a really nice touch. If you don’t want to face real players in real-time PvP combat, you can always beat down on some bots for practice. It’s free to play which makes it easy and accessible for everyone to try out. It’s definitely one of the best free Android games out there.

HQ Trivia is a hit new trivia game. It’s a live game show where all players compete at the same time. There’s a host that asks questions and people answer in real time. There are 12 questions per round with a ten second timer for each question. The people left standing after 12 questions split the winnings. Did we mention that it’s real money? It’s definitely something unique in the mobile gaming space. Games take place at 9PM EST every day with 3PM EST games on weekdays. That means there are 12 games per week. That makes it hard to burn out on the game too quickly. It’s free to download with no in-app purchases. The developer is working on another game show style game in 2019 as well. 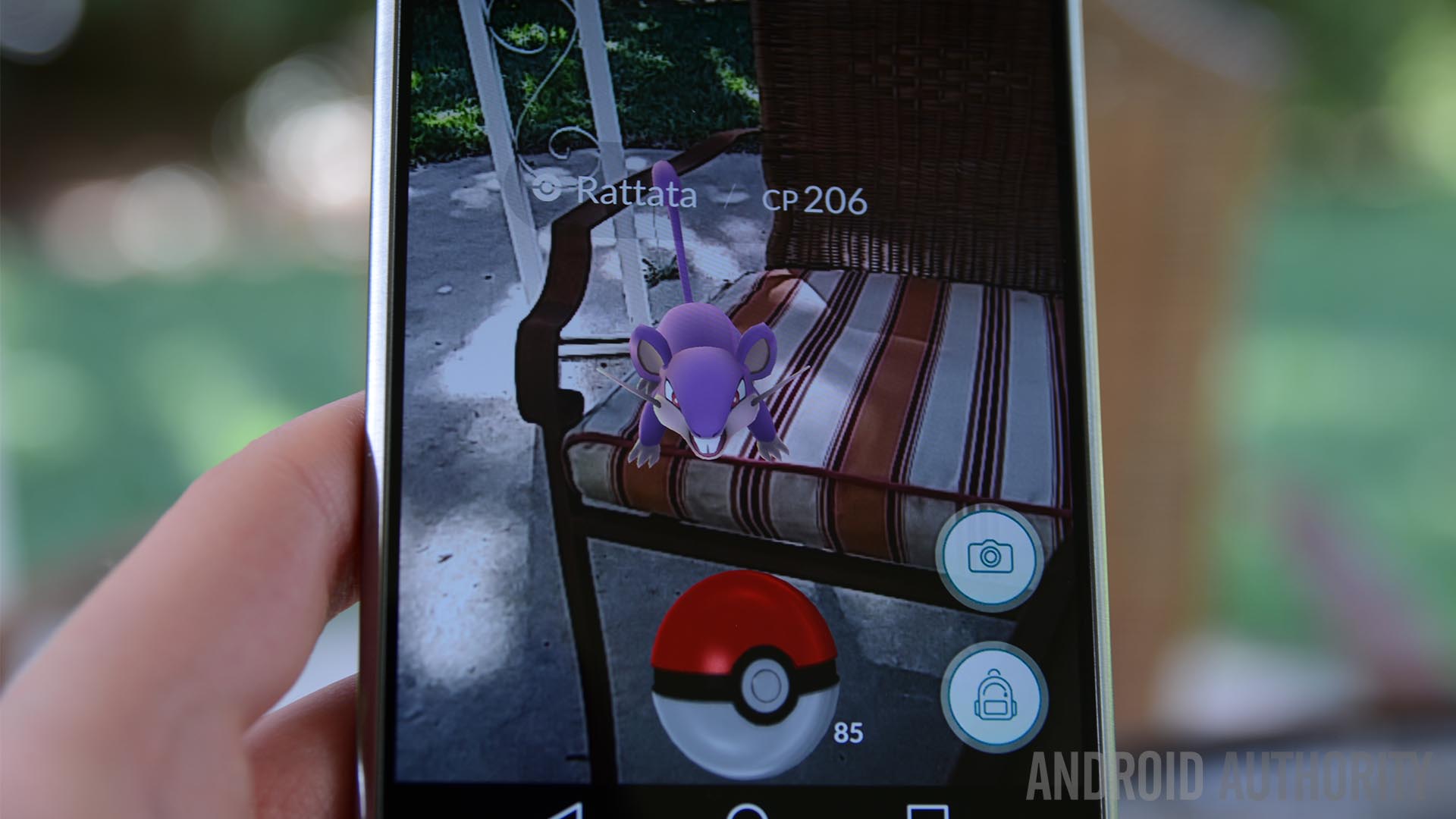 MADFINGER Games is one of the best mobile game developers for first person shooters. Their list of titles includes heavy hitters like the Shadowgun series (including their latest release, Shadowgun Legends), the Dead Trigger series (two games), and UNKILLED. Dead Trigger and UNKILLED are a family of zombie shooters with tons of missions, some online PvP content, and tons of stuff to do. Shadowgun is a sci-fi shooter series with a campaign, online PvP, and more. Most of the main games are freemium. They are all extremely good games despite that, though. The developer’s latest title, Shadowgun: War Games, is available for pre-registration on Google Play now.

Pocket City is one of the best games of 2018 and a natural for this list. The game is very similar to the old Sim City games. You build a city, create its infrastructure, make sure everybody has enough work and play, and even monitor your environmental impact. Players also get missions for experience points and unlockable buildings as you play. The game is surprisingly deep and you can generate reports about how happy your citizens are. The controls are surprisingly decent for a mobile game and it has a ton of content. The free version is a little smaller than its premium counterpart, but both versions play well. The free version contains ads. They aren’t a big deal but it’s something to be aware of. This is a fantastic game.

Pokemon Go was the biggest mobile game of 2016. Actually, it was the biggest ever. Even though its popularity has tapered off a bit, the game is still a very solid free option. Players can explore the real world around them all while catching Pokemon, taking down gyms, and finding Pokestops. New additions include legendary Pokemon, raid battles, trainer battles (with some caveats), and more. You can even trade Pokemon in the game now. The game continues to evolve beyond what many remember it to be. When it eventually ends its run, it’ll go down as one of the greatest and most iconic mobile games ever. 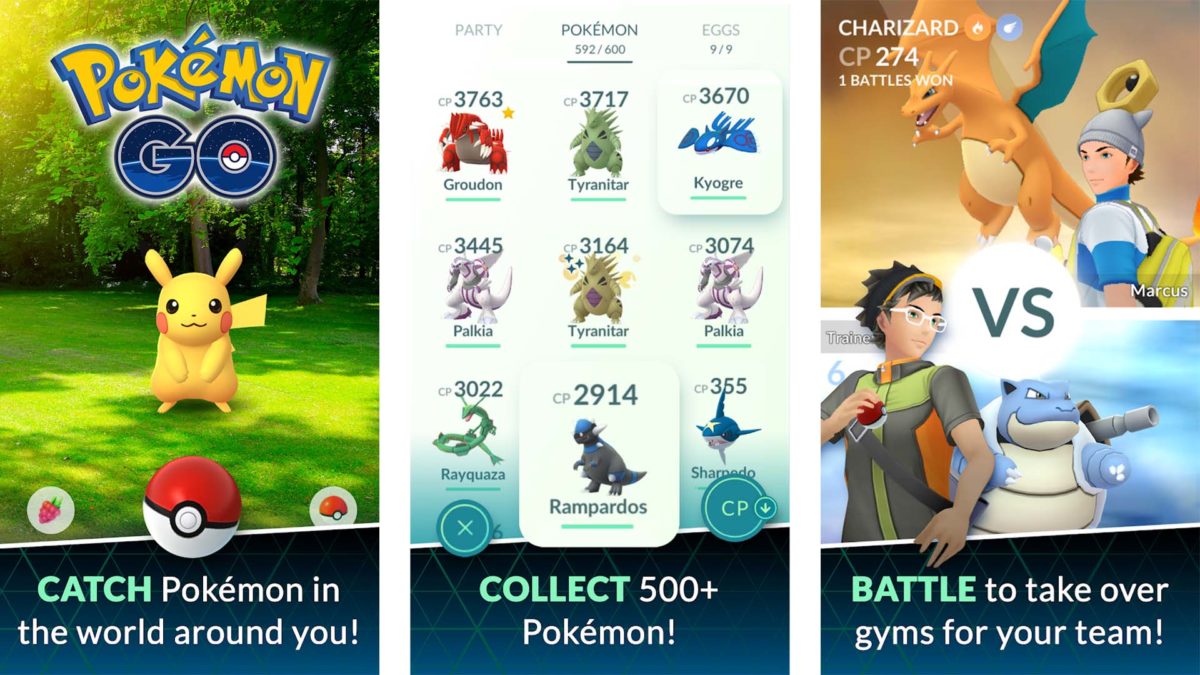 PUBG Mobile hasn’t been out globally for long. However, it’s already one of the most popular mobile shooters available. It features a 100-player battle royale on a small island. Players collect gear, weapons, and vehicles on the island and battle it out. The winner is the last person standing. It also includes mechanics like a shrinking play area to keep games from going too long as well as an expanding list of content, cross-overs, and customization items. There is also a Lite version of PUBG Mobile with lighter graphics, fewer players per match, and more. It’s only available for lower end devices, though.

Vainglory is perhaps the best MOBA currently available on Android. It boasts high frame rates, unlimited free play, and solid connections. You’ll be able to team up with people and go head to head against other teams much like you see in all MOBAs. There are also decent graphics, more than 25 heroes to unlock and play with, and you can play with (or against) bots if you so choose. There is also a beta version that can use the Vulkan API if you want to check that out. It’s one of the better free Android games.

Thank you for reading! Here are a couple more app lists to check out! 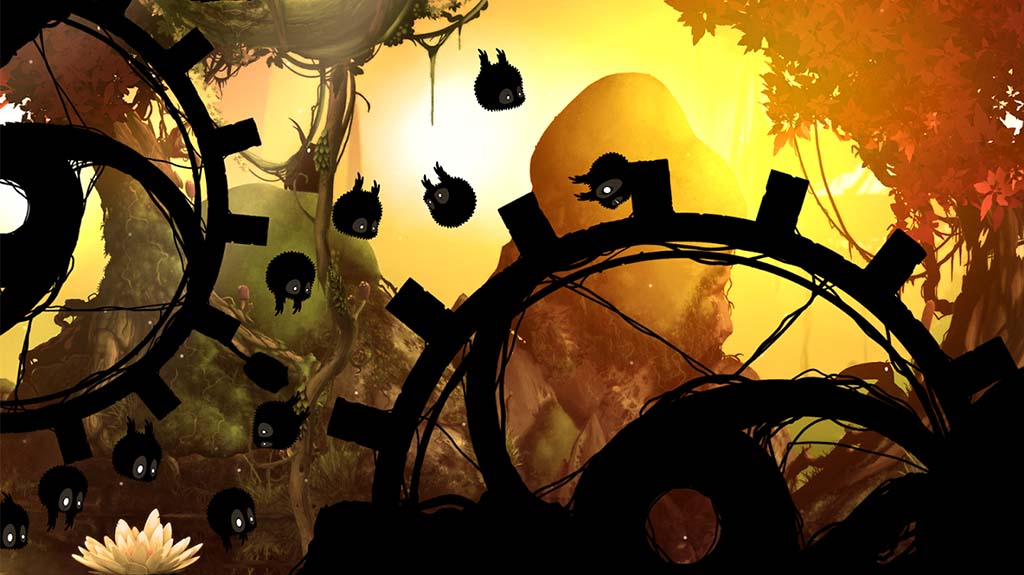 If we missed any of the best free Android games, tell us about them in the comments! To see our complete list of best app lists, click here.

Ultrasonic fingerprint scanners: how do they work?

Hands-on: The Nubia Alpha is so weird it’s cool