The iPad lineup has proliferated over the years and Apple now sells models in half-inch increments. If you’ve been hoping to grab an iPad before the holidays, Cyber Monday is the time to do it with price drops across pretty much the whole range of iPad devices including iPad, iPad Air, iPad mini, and iPad Pro. The best bargain may be the 10.2-inch iPad at $80 off, though there are larger savings on the more powerful iPad Pro models. There are also some great deals on the best accessories to compliment your tablet. Take a look at our list of continuously updated iPad sales!

Here’s a rundown of all the iPad models that Apple has to offer in 2019, along with some reasons as to why you might want to choose one over another. We’ve also included the best Cyber Monday deals around.

The top-end iPad Pro offers the most power with the biggest display. Of course, that comes with the biggest price tag. However, with these deals on the Apple laptop killer you might not have to spend quite as much as you think. 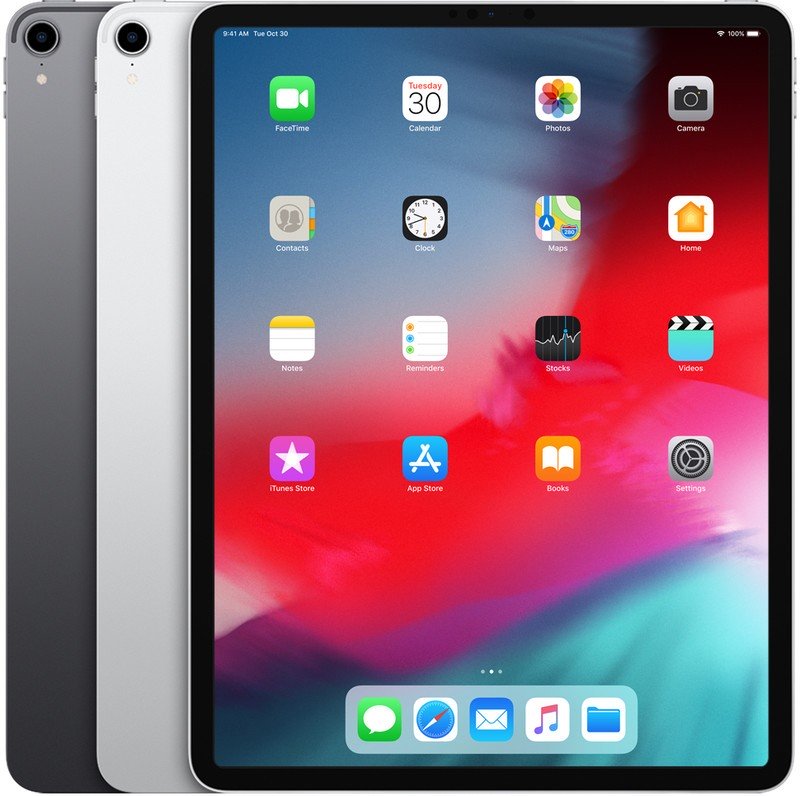 The iPad Pro has all the power and performance you could ever need from a tablet. The 12.9-inch model is the perfect workstation, and a powerhouse for gaming and entertainment.

The 11-inch iPad Pro packs in the same power as its larger counterpart and carries a similarly high price tag with an MSRP of $799 for the base model. That model has sold out there, but you can currently snag the 256GB model for the regular price of the 64GB model if you’re quick thanks to extra discounts at checkout.

If you need the power of the 12.9-inch iPad but don’t want to wield a larger tablet on the daily, get the 11-inch with its more mobile form factor. The 11-inch iPad Pro brings you portability, with no compromise in performance.

The iPad Air is one of Apple’s most recently updated models, having only been refreshed in the spring. Despite its relatively young age, you can actually score up to $52 off select models at Amazon with the base model dropping to $469 there and at most other retailers too. 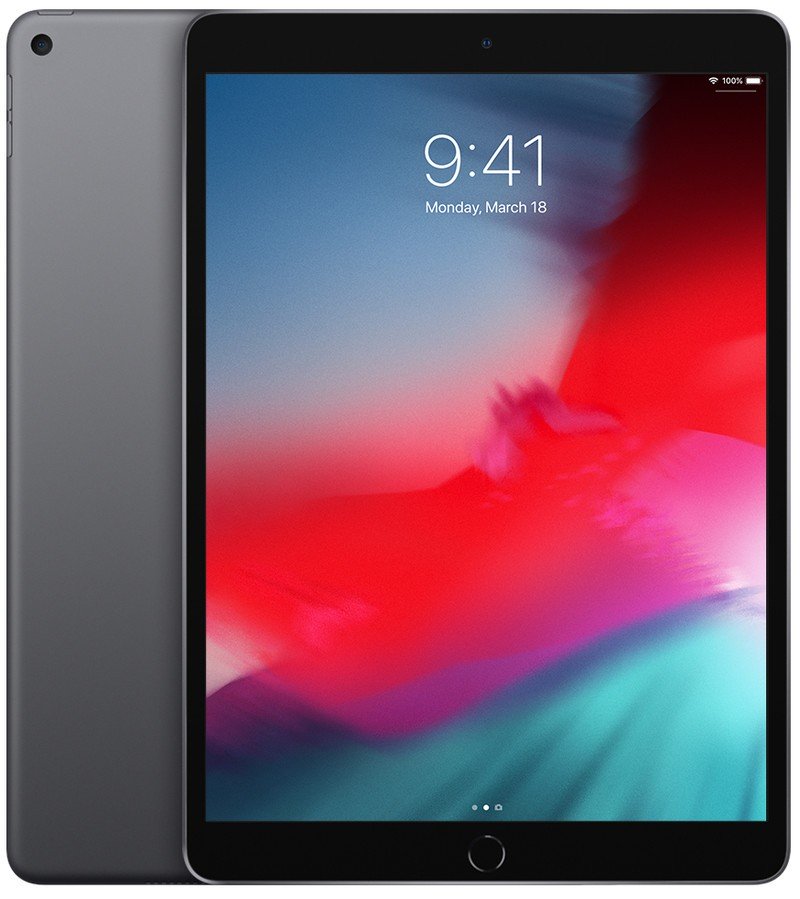 Fast, powerful, and reliable with great versatility. The latest 10.5-inch iPad Air really is a great choice, perfect for anyone.

The 10.2-inch iPad is the iPad for everyone. It doesn’t have stand-out specs when compared ot the rest of the line, but it is perfectly serviceable for most day-to-day computing tasks and its price tag is its main draw. It was already super-affordable at its $329 retail price, and now it’s even cheaper, dropping to just $249 at Walamrt. An absolute steal. 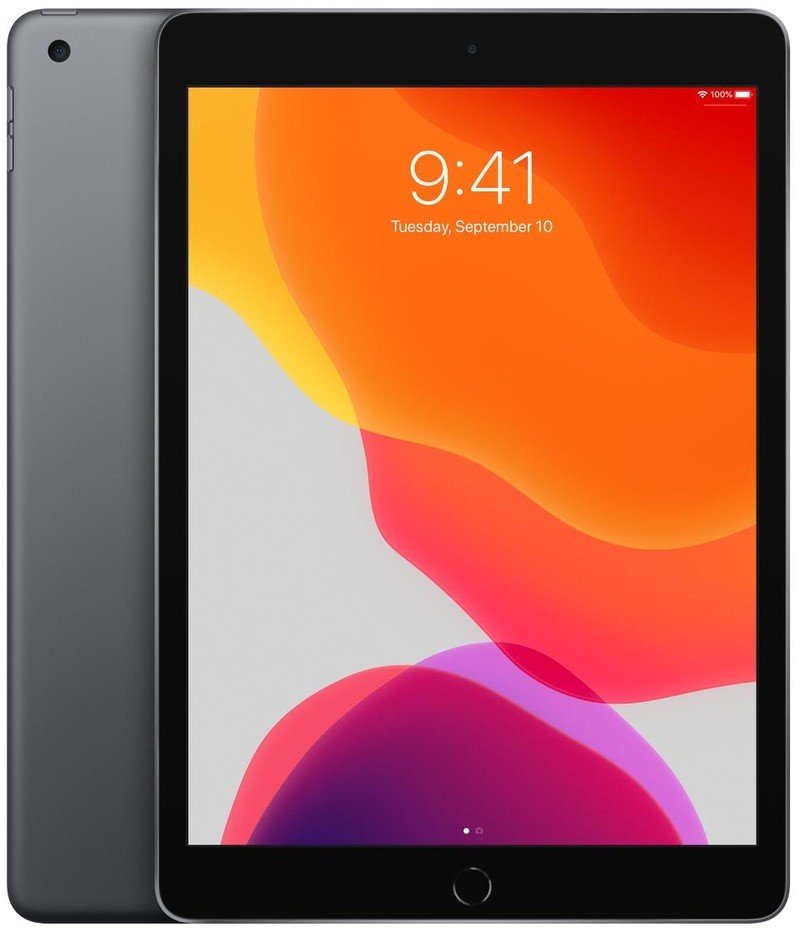 iPad mini is the most portable Apple tablet with its 7.9-inch display. Despite its diminuitive size, it’s pretty feature-packed with essentially the same spaces as the 10.5-inch iPad Air as well as Apple Pencil support. 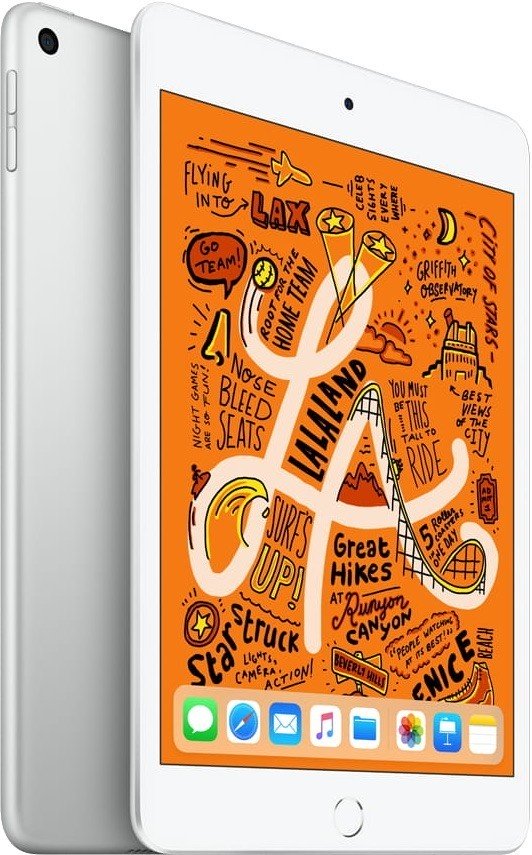 If you need an iPad that offers the best of iOS but takes up the least amount of space in your bag, the iPad mini is for you. Prices start at $384, which is $15 off, with some higher-spec models going for $30 off.

There are no shortage of accessories to supplement your iPad experience, and there is no shortage of Cyber Monday deals to make you feel good about buying them. Here are some of the best deals on Apple’s best accessories for iPad. 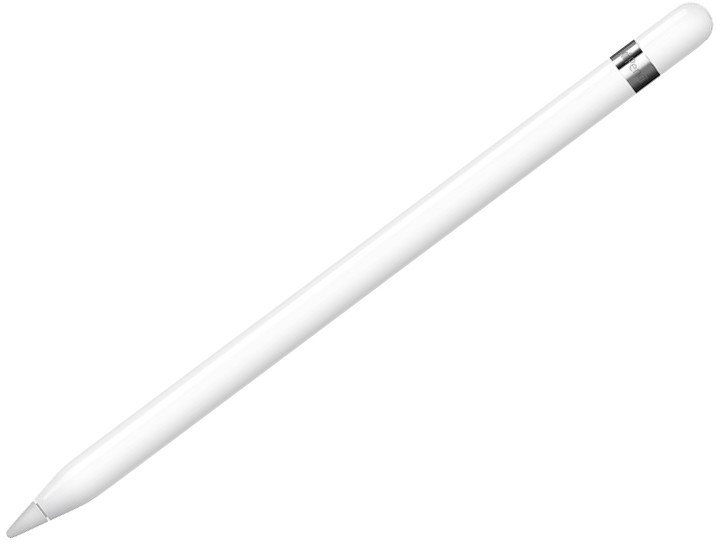 The Apple Pencil is the accessory for iPad, right now save $20 and get it for just $79. 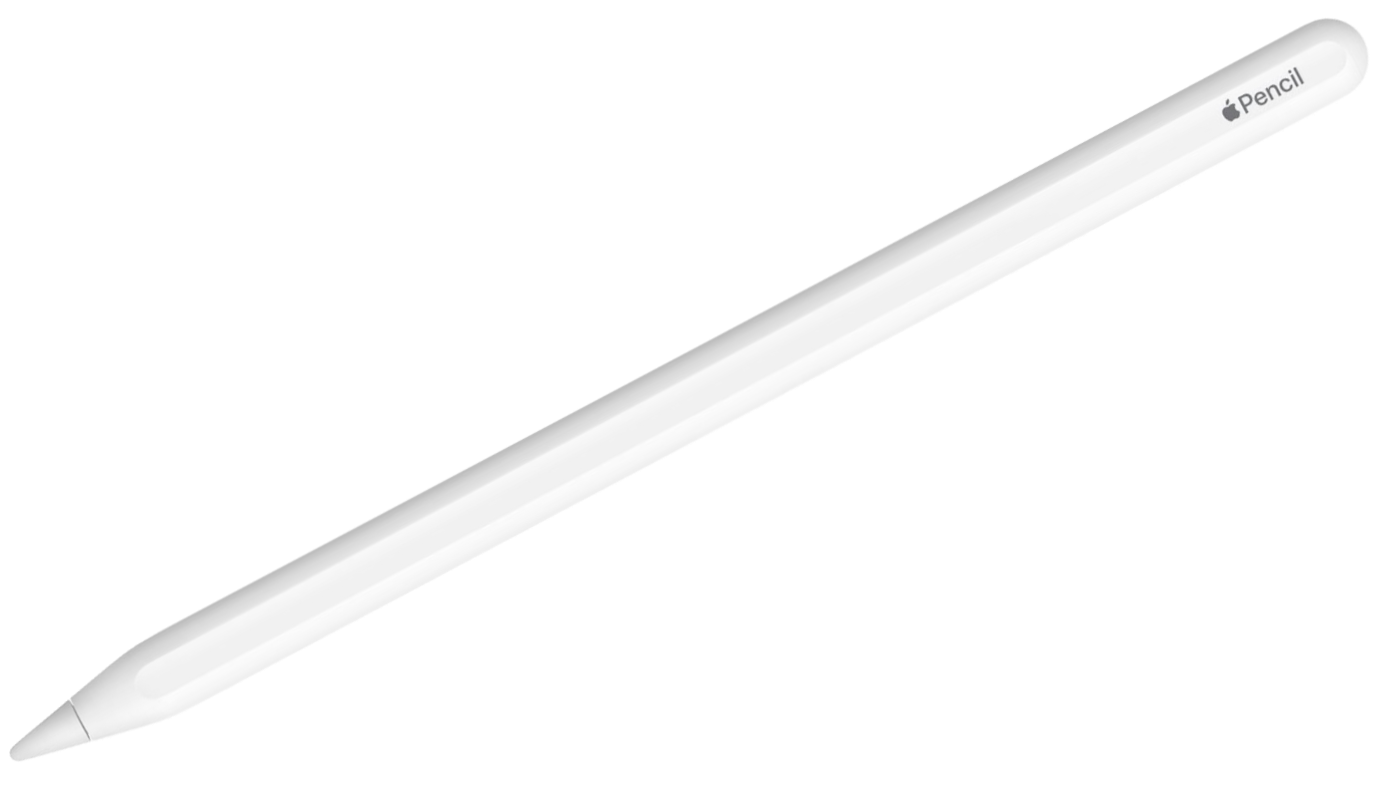 Like the first, the second generation is great for drawing, sketching or handwriting, but features an update design, improved pairing and wireless charging. 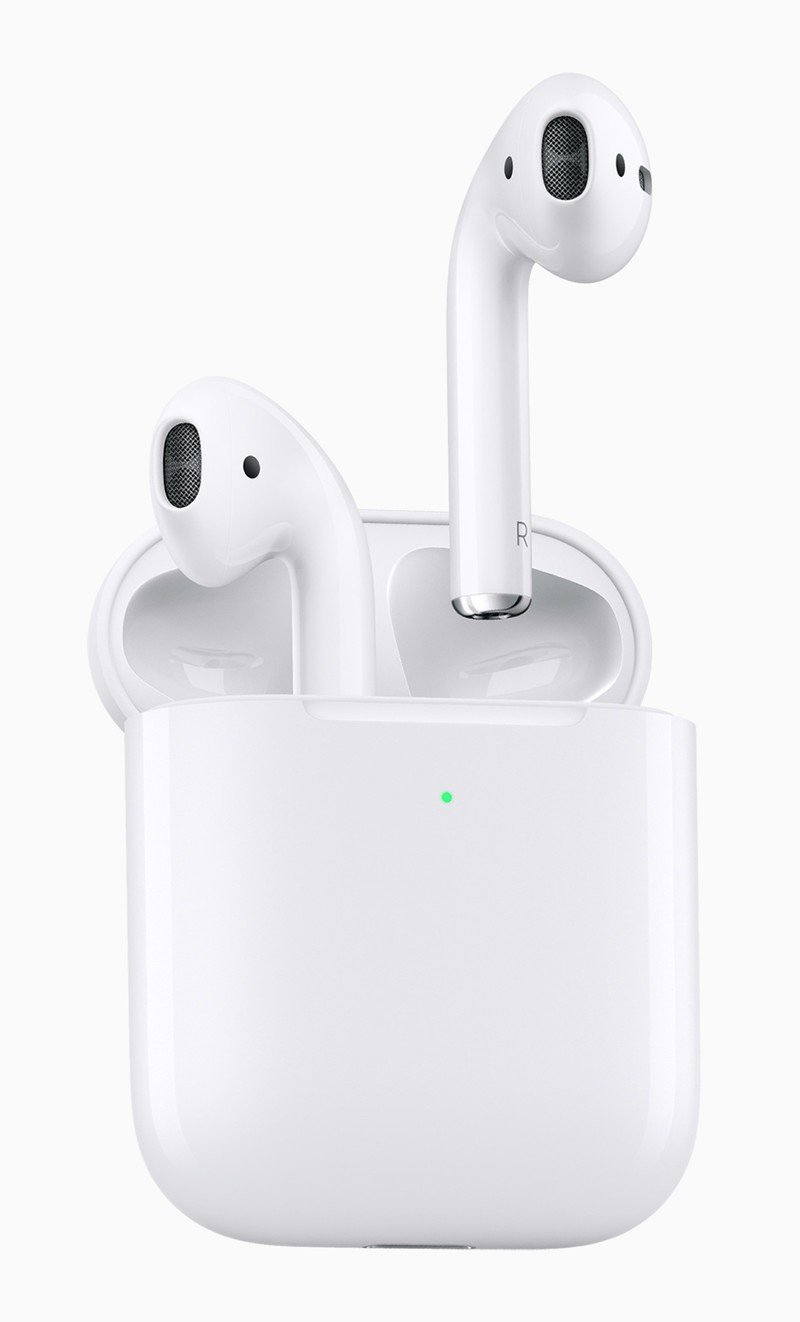 Apple’s AirPods are perfect for your iPad. Easy to pair thanks to the H1 headphone chip, they come with “Hey Siri” support and a wireless charging case.

Apple’s iPad lineup is the most robust it has been in a long time, offering four different base models to choose from, which all come in different sizes and a few different storage options as well. If you’re scouting out which iPad you want to get this Cyber Monday, it’s worth knowing what each model offers.

Starting at the top of the line, the iPad Pro packs the most punch but costs the most dollars. The ProMotion display that can dynamically ramp down to save power and up to 120Hz for silky smooth scrolling, is only found on the the 12.9-inch or 11-inch iPad Pros, along with Apple’s A12X Bionic chipset that adds 2 extra performance cores, 3 extra graphics cores, 1 extra gigabyte of memory in the 64GB, 256GB, and 512GB models and 3 extra gigabytes — 6 total — in the 1TB of storage model. Oh yeah, it’s also the only model that can reach up to a TB of storage, meaning it can hold a lot of stuff.

The newest iPad Air is meant to be a nice middle-ground for most users, that blends power, price, and functionality, and the 10.5-inch screen along with the A12 Bionic chip does just that. It also includes Touch ID, two stereo speakers, a 7 MP, 1080p front-facing camera and an 8 MP, wide color f/2.4, also 1080p rear camera.

You can get it in silver, space gray, or Apple’s current coppery gold, with 64 or 264GB of storage, and with just Wi-Fi or with Wi-Fi and cellular.

The screen is also a slight downgrade as it doesn’t feature TrueTone (so the white tones won’t always match the light around you), wide color, or a laminated display. While it does have the same rear camera as the iPad Air, the front-facing camera on the iPad is only a 1.2 MP that tops out at 720p recording. 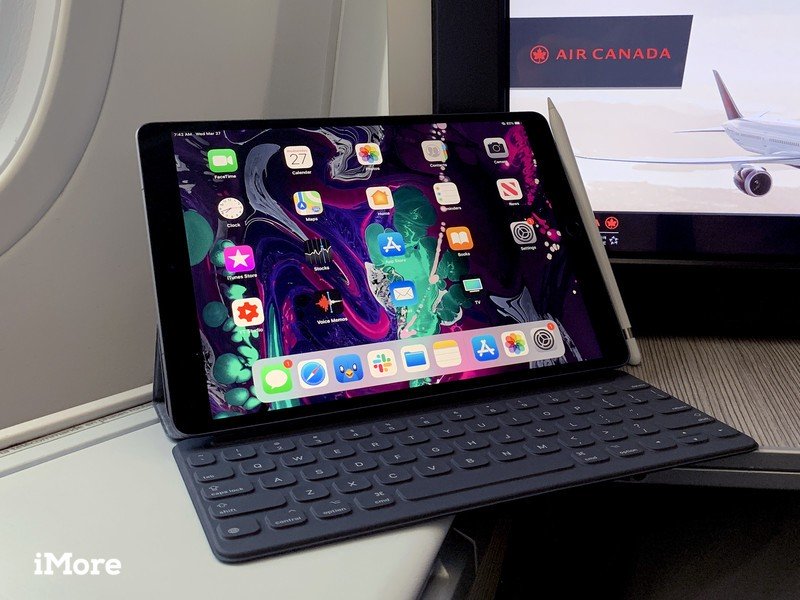 As with most device suggestions we make on iMore, the real question comes down to how you intend on using your iPad. Do you just want a tablet that lets you watch movies and TV shows on a bigger screen? Or, are you more interested in a drawing tablet that can help you design and create works of art? Our very own Rene Ritchie (who has used every iPad that has ever existed) breaks it down like this: 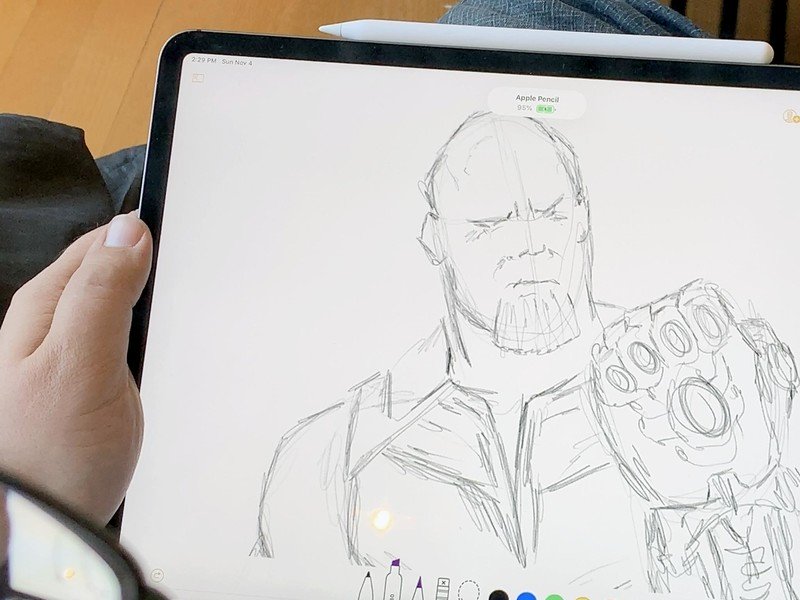 The 11-inch iPad Pro and the 12.9-inch iPad Pro both are compatible with the Second-generation Apple Pencil, which has improved pressure sensitivity and performance over the original Apple Pencil, and the ProMotion display really takes advantage of it! The design is also slightly improved over the first-generation Apple Pencil as there’s no cap to remove, and no Lightning connector. Instead, the Pencil magnetically attaches to one of the sides of the iPad Pro for inductive charging.

The rest of the iPad lineup — the iPad Air and iPad — are both compatible with the first generation Apple Pencil which has a cap on it concealing a Lightning connector, which plugs into the Lightning port on these iPads for both quick pairing and charging.

Storage is a very personal thing, it really depends on how much you use, and the different models have different storage options.

The iPad Air only has two storage options — 64GB and 256GB — with roughly a $150 difference between the two limits. As I mentioned before, the 64GB can be pretty low, especially if you’re storing lots of videos, pictures, documents, and other files on it. That being said, if you don’t tend to save a lot on your iPad itself, or you use a lot of cloud storage, 64GB could be enough for you.

The iPad starts with only a measly 32GB of storage, and can only upgrade to 128GB. For most people, I would gather the extra $100 is worth the bump in storage, because 32GB will fill up relatively quickly for the average person. Once again, if you’re really finicky with what you store on your iPad or are super good with storage management and regularly clear out older files, the 32GB could work for you. 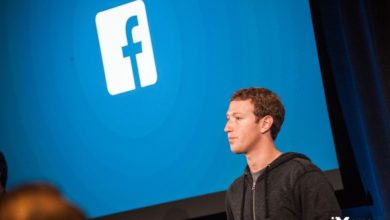