Update, December 9, 2019 (1:18AM ET): We now have some more pictures of the Samsung Galaxy A51 courtesy of SamMobile. The publication has outed some press renders of the upcoming device which is expected to launch on December 12. You can see those images below. 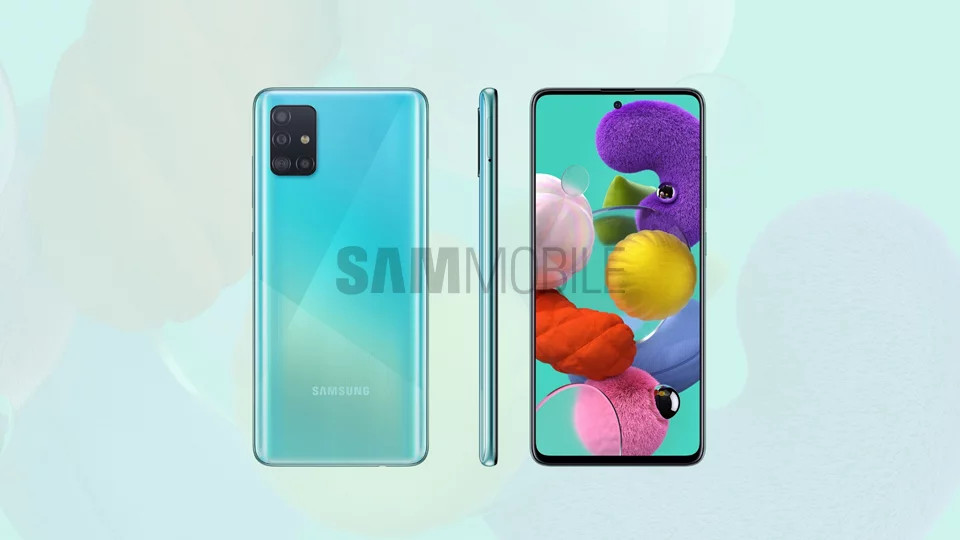 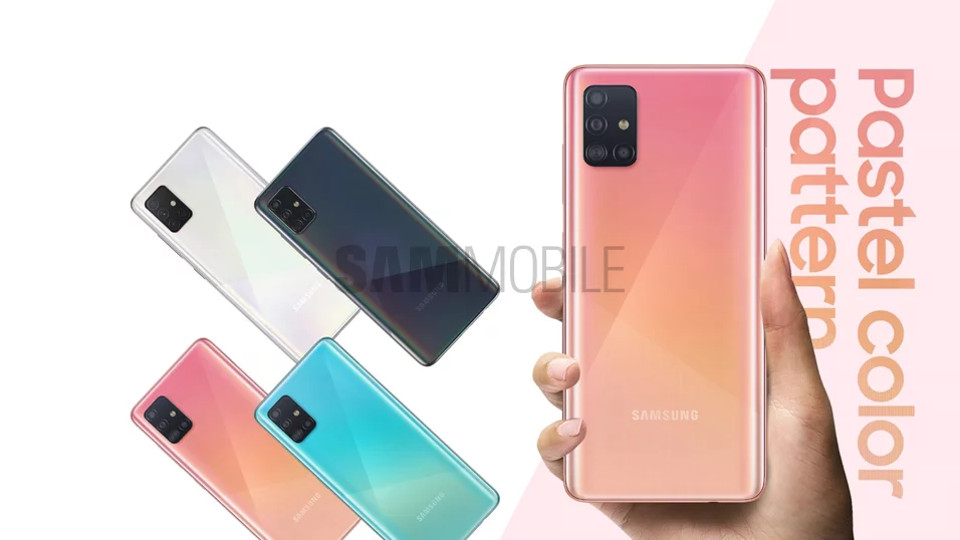 Alongside the press renders, SamMobile also apparently confirmed some of the previously leaked specs of the Galaxy A51.

Quoting a trustworthy source, the publication says the device will be powered by the Exynos 9611 SoC. This will be paired with 4/6GB RAM and 64/128GB storage. A microSD slot will allow for storage expansion up to 512GB.

The quad camera setup is said to include a 48MP primary sensor, a 12MP ultrawide sensor, a 5MP depth sensor, and a 5MP macro lens. At the front, you’re set to get the expected 32MP shooter.

Further, the report confirms that the Galaxy A51 will feature a 4,000mAh battery and 15W fast charging.

Original Article, November 12, 2019 (7:24AM ET): Samsung is fighting off the Chinese onslaught in India with a smattering of attractive budget-friendly phones. We called the Galaxy A50 Samsung’s best mid-ranger in years in our review, and the follow-up shapes up to be even better.

Steve Hemmerstoffer, aka OnLeaks, and the folks over at Pricebaba have published what’s claimed to be the first look at the Samsung Galaxy A51. This sequel to the Galaxy A50, and its minor variant Galaxy A50s, is expected to debut early next year.

As usual, these are renders based on leaked case factory schematics, so the final finish and visual appearance of the Galaxy A51 may be slightly different.

The Galaxy A51 will feature a 6.5-inch AMOLED display and measure 158.4 x 73.7 x 7.9mm. That’s very similar to the Galaxy A50, but Samsung has operated some changes that will set the phones apart. 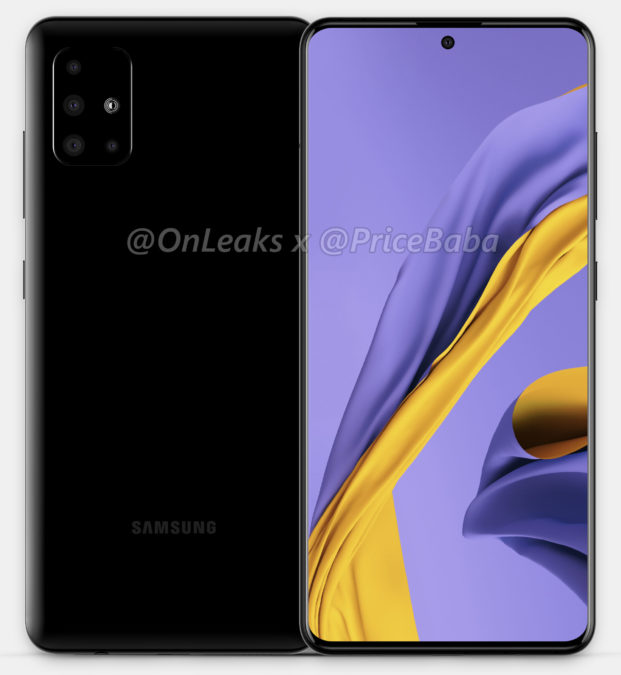 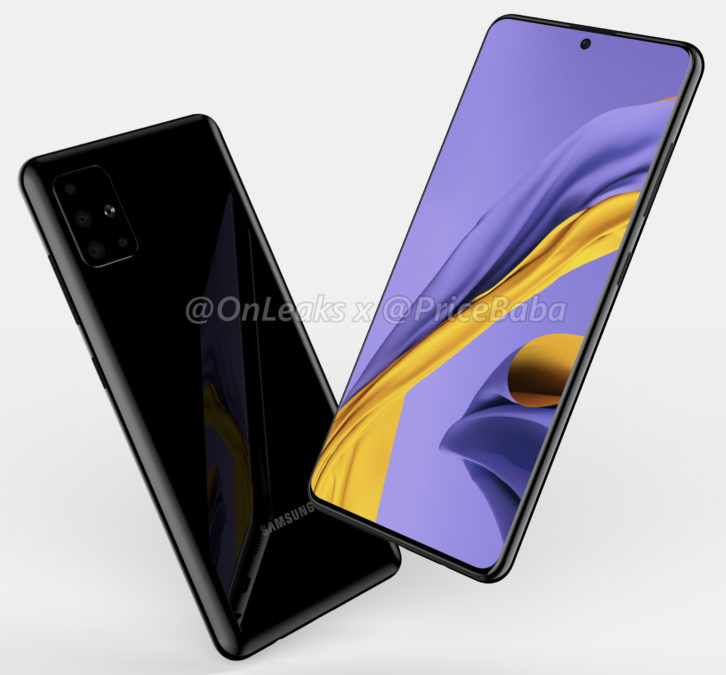 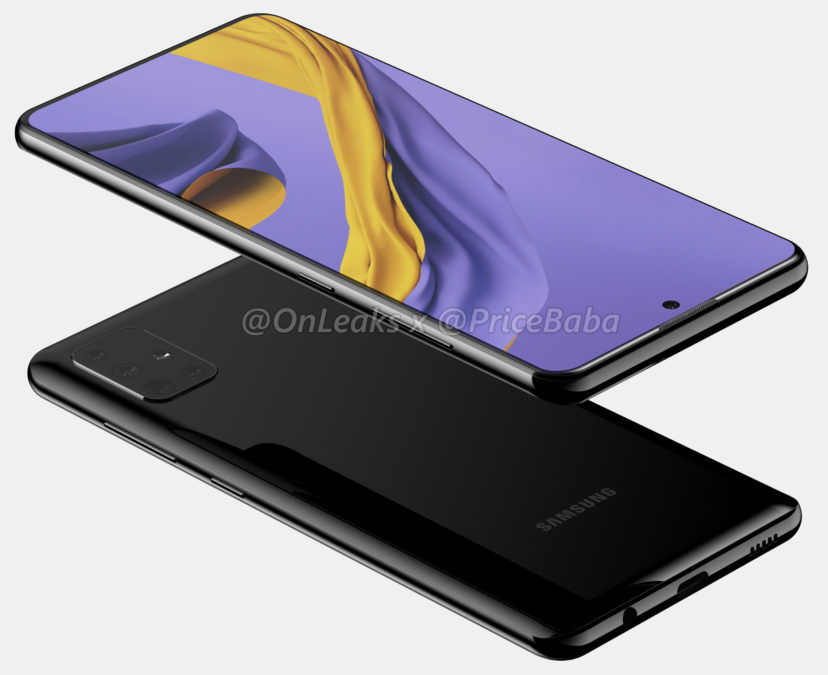 On the front, the waterdrop notch of the Galaxy A50 has been replaced by a punch-hole camera positioned in the center of the display, just like on the Note 10 series.

On the back, the big change is the larger camera module, which now hosts four cameras arranged in an “L” pattern. Just like on the A50, the fingerprint sensor will be incorporated into the display, and the phone will continue to feature a headphone jack port.

The Galaxy A51’s cameras, according to some older reports, will combine a 48MP shooter, with a 12MP wide-angle lens, a 12MP 2x telephoto, and a 5MP depth sensor. The front shooter will hit 32MP. The Galaxy A51 will feature a solid, if not impressive 4,000mAh battery as well.

The Galaxy A51 has some big shoes to fill — in our review, we noted the Galaxy A50’s versatile cameras, good performance, and well-optimized software as its main selling point. Of course, more competition is coming from other brands — Xiaomi and Realme in particular have been steadily eroding Samsung’s market share in India and other Asian markets. 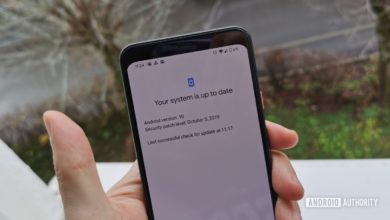 Buy a Pixel if you want timely updates… Oh wait.