Hot on the heels of the official launch of the new 2019 Mac Pro, Logitech has released the first known accessory designed specifically for the Mac Pro. It’s a 4K Ultra HD webcam. It’s magnetic. It’s $200.

This new Logitech 4K Pro Magnetic Webcam uses a magnetic mount, so you can simply stick it on top of your $5,000 Apple Pro Display XDR or whichever display you’re using, and you don’t have to worry about mounting it with a clip.

The camera uses RightLight 3 technology, which apparently adjusts to whatever lighting is in the room, making you “look great regardless if you are in low light or direct sunlight situations.” I need that.

There is also a companion app that allows you to adjust the camera’s brightness, color intensity, contrast, and more.

It comes with a 3.5-foot cable and a longer 6-foot cable so you can connect the webcam to your computer.

According to Apple’s overview of the 4K Pro Magnetic Webcam, it is compatible with the Mac Pro (2019) and the 16-inch MacBook Pro. Currently, Logitech doesn’t have any details on additional computers that it works with. If it does work with older MacBook Pro models (like, the 2016 MacBook Pro), I may have just found myself a new webcam. Even though my current Logitech model is still going strong. 4K is better than 1K, though. Am I right?

For those seriously professional influencers.

To get the most out of your pro-est Mac, this Ultra HD webcam will make you look like you’re in the same room. 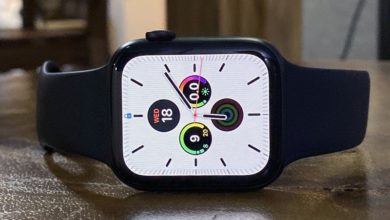 Are the iPhone XS and Apple Watch Series 4 waterproof?