A news photographer on the scene covering a foggy highway crash yesterday had a crazy near-death experience when an 18-wheeler suddenly appeared, lost control, and overturned into the wrecked cars and law enforcement in its path. The photographer’s camera managed to capture the entire incident.

KCBD NewsChannel 11 reports that veteran photographer Caleb Holder was shooting breaking news video of a car crash on Slaton highway near Lubbock, Texas when he suddenly saw the incoming trailer.

“I couldn’t remember if I was recording at the time or how the camera was framed,” Holder tells KCBD. “I just saw that trailer coming and knew I had to run away from it.

“I was looking that direction. That’s where I was focused. That’s when we could hear more tires screeching, and then just barely see headlights coming in through the fog.”

As the video shows, first responders immediately began running for their lives when they noticed the truck barreling toward them. One trooper trips and was struck by the semi. Authorities later stated that although he received serious injuries, he avoid life-threatening ones and is expected to be okay.

This video is a good reminder to always drive carefully when conditions are foggy, and also to always be alert when working on the side of a high-speed roadway. 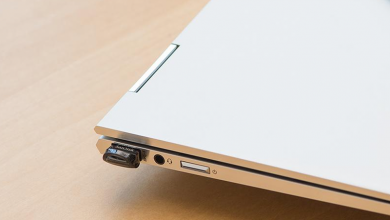