If nothing else, Royole grabbed our attention a couple of years back by bringing the first foldable smartphone to market. There’s something to be said for being first, I suppose. It raised the profile of a largely unknown name in amongst the tech press, even if it didn’t exactly kickstart a form-factor revolution. Among other things, the FlexPai seemed firmly stuck in the prototype stage, to be perfectly honest.

RoTree, manufactured by Royole, consists of 500 units of fully flexible screens. As light and thin as real tree leaves, RoTree offers more than that – people can change images or videos on the leaves! The tree is "planted" at Shenzhen Bao'An Int'l Airport as new airport landmark! pic.twitter.com/8J7HNH9ONF

But, okay, fine. Royole, you’ve got our attention. I’ve seen your foldable phone tree firsthand at the Shenzhen airport. So, what do have for us now? More interesting stuff, surely. The company was showcasing a pair of new devices at CES this week, all seemingly filling a similar function as the FlexPai: demonstrating the potential for flexible display technology. That, in fact, seems to be Royole’s primary M.O.

Leading the bunch is the Mirage Smart Speaker. It’s basically an Amazon echo with an eight-inch flexible AMOLED wrapped around the body. So, a flexible display that can’t be actively flexed by the user — though honestly, the act of flexing it tends to be where we start running into trouble. Instead, it offers a wraparound visual, so, like a built-in Winamp visualizer on your device. Kind of fun.

There’s a new version of the company’s RoWrite, which is basically a standard pad of paper with sensors embedded that let you digitize your writing and drawing. The idea is to give the feel of paper with the benefits of digital. The new RoWrite is significantly smaller and lighter, with better battery. 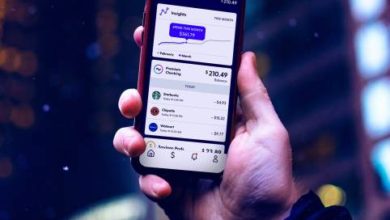 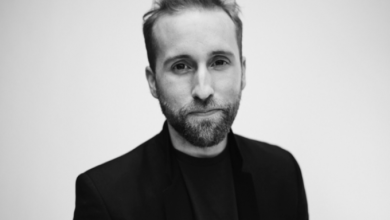