Depth maps? We don’t need no stinkin’ depth maps! AI vision startup Lucid has announced a new app called LucidPix that claims to convert regular 2D photos into 3D images without the need for multiple cameras, depth sensors, or any other kind of hardware help.

The app uses software and only software to capture or create 3D images with any smartphone, making it possible to convert older photos in addition to capturing 3D images “from scratch.”

“There’s no need for sensors or multi-camera smartphones, LucidPix uses AI to capture and make photos 3D that really jump out from your screen on any device,” reads app’s description. “Convert your flat 2D photo to an immersive 3D memory with the tap of a button. No special sensors or skills required, as our advanced AI takes care of the job for you.”

There are also “3D frames” that create a 3D effect to your photo while overlaying some sort of foreground/background element like leaves, though that’s significantly less exciting than the app’s 2D-to-3D conversion capabilities.

Here are a few sample conversions posted by LucidPix. To experience the 3D effect, simply move your mouse across the image.

You can find more sample conversions on the LucidPix Facebook Page.

The iOS and Android app is currently “in beta and under development,” but when it launches, it will be available in a Free and Premium versions. The free version puts a watermark on all of your images, and will include only the basic 3D frames—no 2D to 3D conversion; the premium version removes all of these limitations (and the watermark) but it’s subscription only, costing you either $6 per month or $60 per year.

To learn more about the app and sign up for a “sneak peek” while the app is still in beta, head over to the LucidPix website. 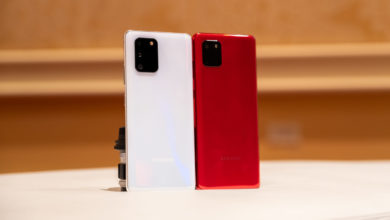 CES 2020: All the announcements from the Las Vegas tradeshow

Deal: Launch your data science future for under $20