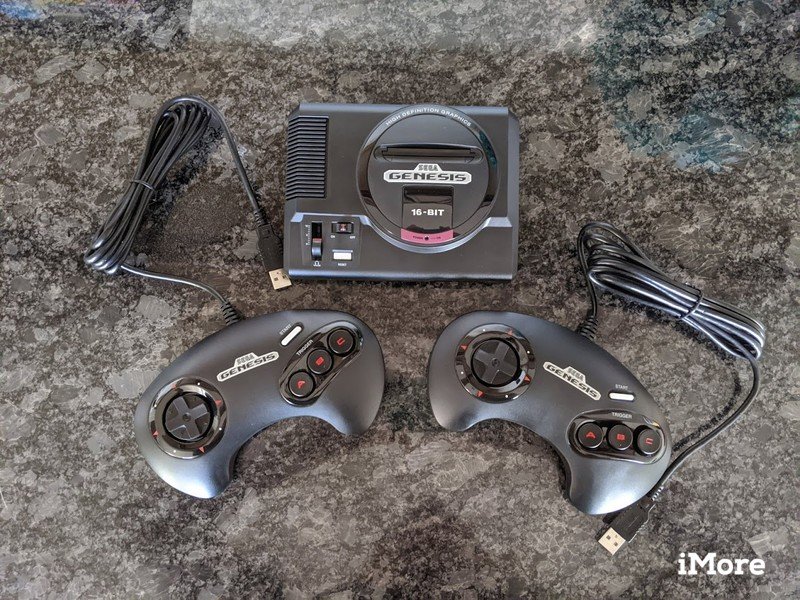 You get access to 42 classic Sega games with this adorably small console.

I was a little kid when my older brother first got the Sega Genesis back in 1989. I absolutely loved that console and spent hours playing the various games available for it. The Genesis was Sega’s highpoint in video games and as such, it has a special place in my heart. It’s due to this console that I fell in love with 16-bit graphics, Sonic the Hedgehog, and the world of video games.

Video games have come a long way since the 80s, but many of these classics are still incredibly fun to play. With the resurgence of retro games, it’s not surprising that Sega decided to launch the Sega Genesis Mini for new and veteran players alike. I’ve tested this little console for over 20 hours. It’s a fun source of entertainment that offers over 40 games for one to two players. 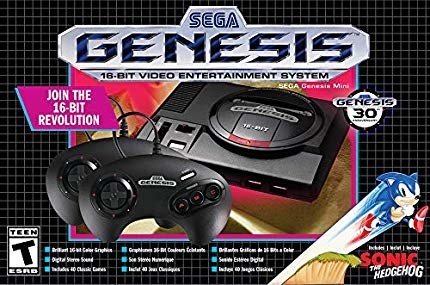 Bottom line: The Sega Genesis Mini is a great buy for nostalgic and novice players alike. It comes with 42 classic Sega games including Sonic the Hedgehog and Street Fighter 2. You can create save points for any game and it comes with two controllers so you can play the multiplayer games with a buddy. 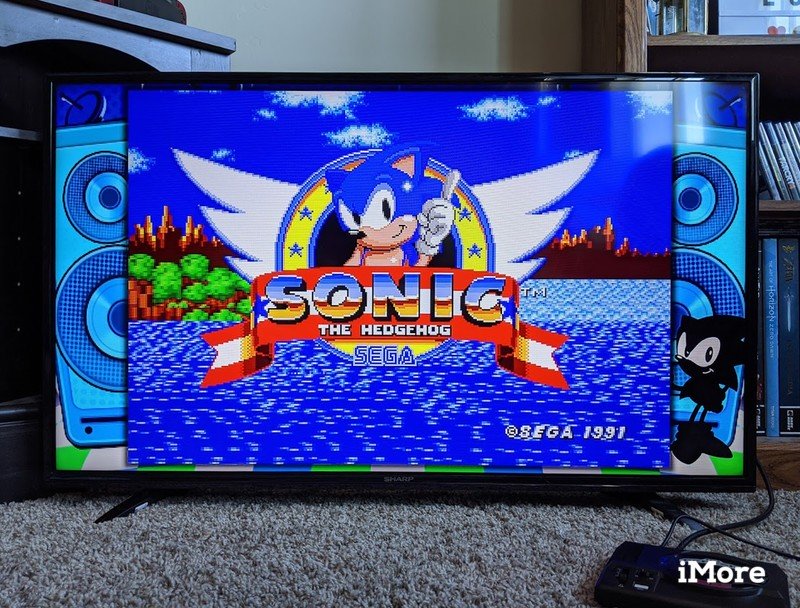 When I first pulled the Sega Genesis Mini out of the box, I wasn’t prepared for the wave of childhood memories and nostalgia that hit me. The controller looks exactly like what I remembered it looking like when I was six. Then when I slid the power switch to On, I suddenly remembered how I used to sit on the carpet cross-legged as a child playing games like Sonic the Hedgehog and Wonder Boy in Monster World.

The original console in miniature The nostalgia is real

The mini console is a lot smaller than the original; at only 4.5 x 6 inches, it takes up less space than a blue-ray case on its side. That makes it easier to store on your media center. Something I love is that they made it so that the cartridge slot opens and the volume button slides, even though these two sections don’t actually have any function in the small-scale replica. All 42 games are included on the hardware. Due to the mini size of this console, the opening looks like it’s meant for a Game Gear cartridge rather than a Genesis cartridge, but there are no contact points within the opening; just plastic.

The cartridge slot opens, even though it’s absolutely not necessary. It’s a fun touch.

The controllers feel a little strange in my hands given that modern controllers have evolved a lot since the 80s, but they’re true to the original console. Fortunately, many of the games have various control options to choose from, so I was able to find the button layout that felt right for me.

There are a few differences from the original console that allow this one to work with modern technology. For instance, the Genesis Mini comes with an HDMI cable and a five-foot-long USB power cord. I love the cord as it has a removable outlet plug making it easier to store and travel with. 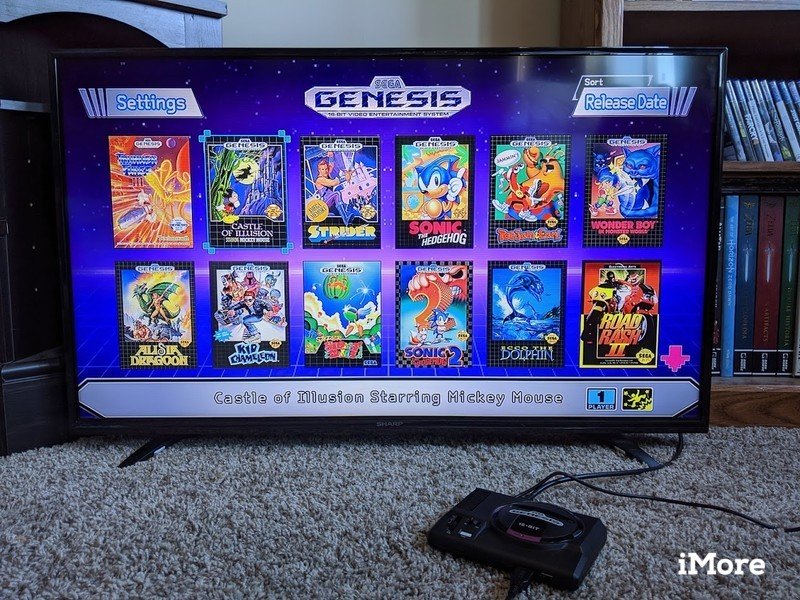 Since TVs were a lot smaller in the 80s, the games don’t fit as well on modern screens. As such, you play the games by looking through a window in the interface. I didn’t find it intrusive and honestly forgot it was there everytime I played.

There are some awesome games included on the Genesis Mini, but the ones I was most excited for were Sonic the Hedgehog, Wonder Boy in Monster Land, Sonic the Hedgehog 2, Sonic Spinball, Streets of Rage 2, and Road Rash II. I have a lot of memories with those games. Click the link below if you want to see the titles of all 42 games that come with the Sega Genesis Mini: 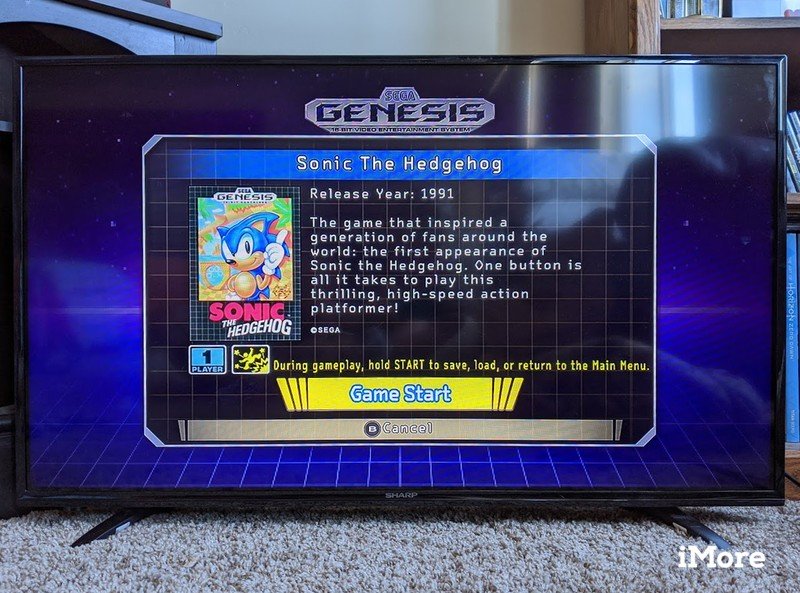 When you boot up this retro replica, you’ll see all 42 games in the scrollable library. You simply select one to start playing it. Something I like is that it gives you a small background on each game before you play. That way, you can see what year they released, and remember or learn why these games were so fun for people when they came out.

There’s a good range of games here from single-player fantasy adventures, to racing games, to multiplayer fighting games. You’ll be able to satisfy just about any classic itch you’re feeling by accessing the games in this mini console either on your own or with a friend.

Save points Makes it easier to beat games 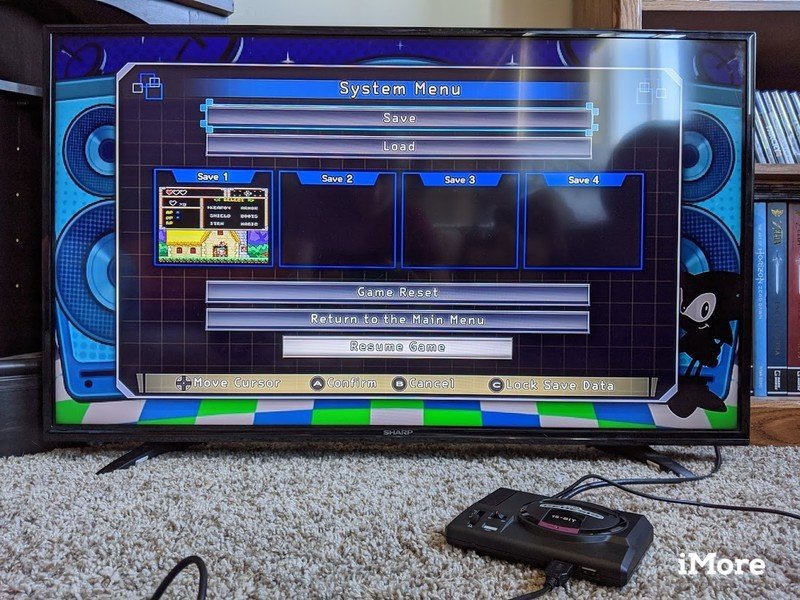 This is actually both a pro and a con for me. Many modern games save so often that players no longer need to be as skilled to get as far. I pride myself on being able to get through levels without getting hit. However, I don’t always have the time needed to play through a game to get to the place I last left off at just so I can continue on in the story. Additionally, I remember some of these games being frustrating as a little kid, because I was never skilled enough to see the conclusion to a game. That’s where the Genesis Mini’s save menu comes in.

There are four save slots for every game.

All you have to do is hold down the controller’s Start button for three seconds or press the reset button on the console and then this save menu pops up. There are four save slots for every game, meaning you can either have four people save their progress on any given title or, if the console is just for one person, you can create multiple save areas. These saves effectively freeze the game at a specific point in time so that you can continue playing exactly where you last saved.

Now, some games remember where you last were, like Wonder Boy in Monster World. However, others don’t have any saving mechanics in place, so you’ll really grow to appreciate this save menu. 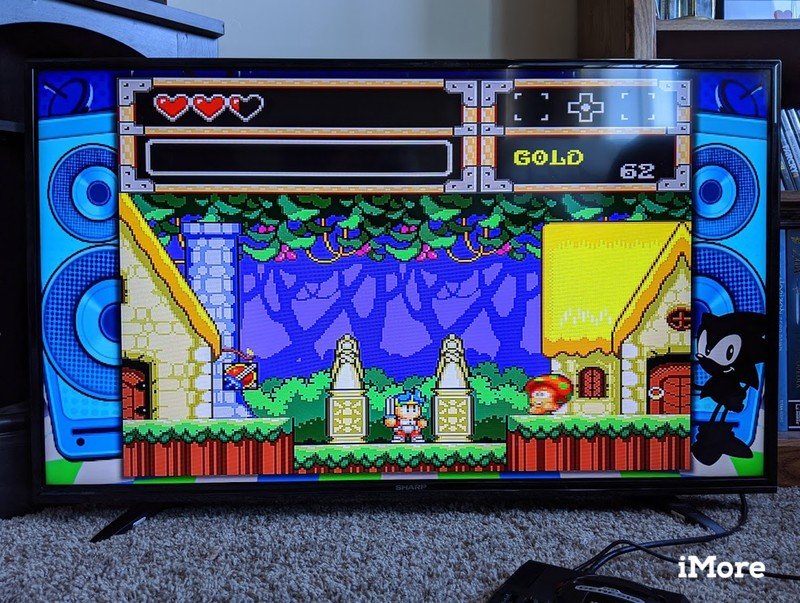 As with most things in life, the Sega Genesis Mini, while really great, isn’t perfect. Some of my complaints are minor while others are kind of a big deal.

It’s much better priced than the NES Classic Mini and the Super NES Classic.

This mini console is somewhat pricey costing about the same as a first-party game for Nintendo Switch, Xbox One, or Playstation 4. Shelling out $60-$80 for the Sega Genesis Mini is a lot of money for some folks and could be a hard thing to do. Still, given that it comes with a decent number of classic games and two controllers, the price is warranted, though.

If nothing else, it’s much better priced than its direct competitors: the NES Classic Mini and the Super NES Classic, which both sell for over $100. To put it another way, it’s common for companies to charge $5-$10 for a classic game. If you were to assign a $5 value to each of the 42 games that come with the Genesis Mini, the games alone would be a $210 value. Considering you get two controllers and the replica console in addition to the games, this really is a good price.

Wired controllers Limits where you can sit 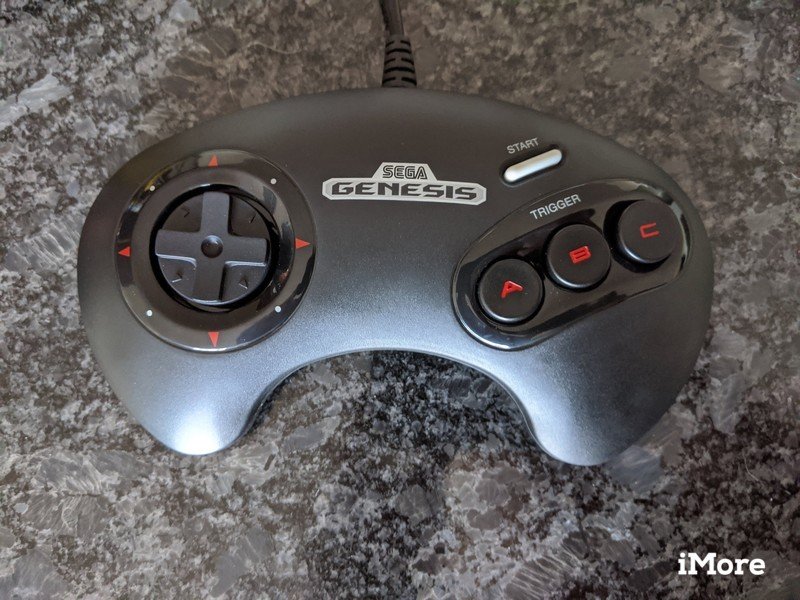 One of the biggest disappointments for me was discovering that these controllers were wired. I haven’t used a wired controller in years and as such, my living room isn’t set up in a way that makes it easy to sit that close to the TV. That being said, wired controllers are definitely what the original Genesis came with. While I would have preferred they be wireless, these controllers have a decent cord length of about six feet, which gives you a good amount of room to move around with.

The buttons press in well and the games responded beautifully whenever I used the controller. Additionally, whenever I played a multiplayer game with a friend, we didn’t have any controller issues between us. We just had to scoot up a lot closer to my TV than we usually do when playing a video game. Fortunately, if this is a downside for you, you can purchase compatible wireless controllers for the Sega Genesis Mini, like the 8Bitdo M30 Wireless Gamepad.

While the 42 games available on the Genesis Mini are super fun, there are plenty of other Genesis games I want to play. I was bummed when I discovered that you cannot add more games to the library. I’m sure there are some less than legal ways of adding more content, but I wish it was possible to get more titles on the replica by honesty means.

This small-scale replica is a fun console for anyone who likes to play retro, 16-bit video games. It provides the look and feel of the original Genesis with upgraded ports and cables for a modern gaming experience. I especially love that you can create multiple save points in any of the 42 games it comes with – even the ones that didn’t allow for saving on the original console.

Since this mini console comes with two controllers, you can enjoy the multiplayer games with a buddy. It’s admittedly a bit expensive, but considering everything you get with it, it’s really not a bad price to ask. The only thing that would make it better is if you could add more games to the library.

So many retro games

Play 40 different classic Sega titles with this fun mini console. It comes with two controllers so you can enjoy multiplayer games with a friend.

View pages that require IE or a PC on your Mac

These are the best Cyber Monday 2019 deals in Canada! 🇨🇦