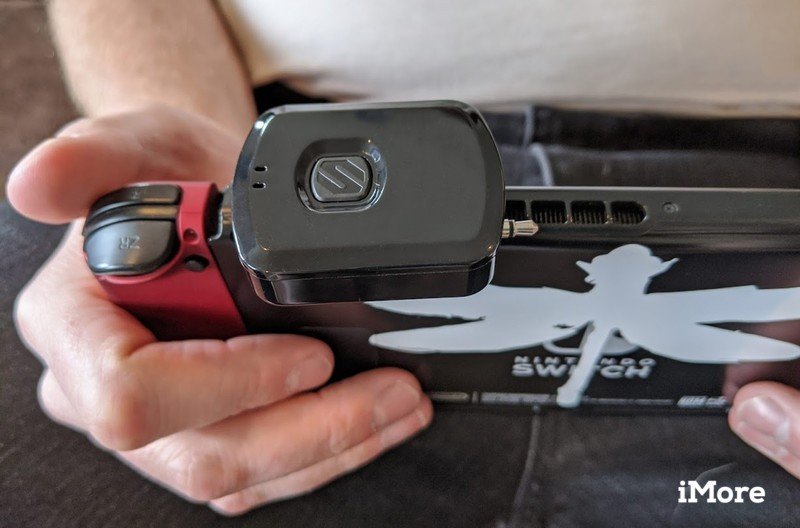 Plug it in, pair your heaphones, and start playing.

The Nintendo Switch is an amazing little console. You can use it while hooked up to your TV, or on-the-go in handheld mode. But, this gaming system isn’t perfect. Since it doesn’t feature Bluetooth, players are unable to pair their wireless headphones directly to the unit. That’s where the Flytunes Wireless Audio Transmitter comes in.

I had the opportunity to test this adapter with my Nintendo Switch for several hours. It’s easy to use and compatible with a large range of headphones, making it a great choice for anyone who prefers to game with wireless headphones. In this review, I mainly focused on how well it works with the Nintendo Switch, but it also works with the PlayStation 4, Xbox One, or any other devices that feature a headphone jack. You simply plug it into your Nintendo Switch and then you can pair Bluetooth headphones to it. Read on to read my full review. 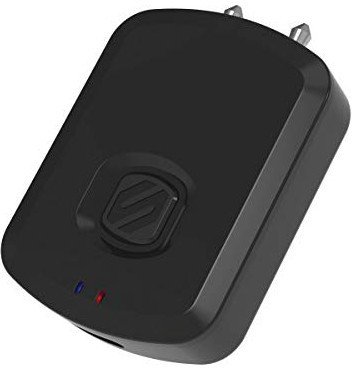 Bottom line: It’s a bit bulkier than other Bluetooth adapters out there, but since it uses the headphone jack instead of the USB-C port, it gives you more options when playing your Nintendo Switch. It offers really good sound quality, and is easy to use. All in all, it’s a great transmitter.

When it comes to sound quality, a large part of the experience will depend on how good your wireless headphones are. I used this adapter with my own inexpensive set of Bluetooth headphones, and the sound quality came in loud and clear. That being the case, I’d assume they will work well with most other headphones out there.

When I pulled this adapter from its box, I was happy to find that it not only came with a charging cable, but also came with a drawstring carrying bag and a small extension cable. These extra conveniences help to both make the adapter fit more devices and also make it easier to carry on-the-go, which most Switch gamers already do. The extension cable is only a few inches long, so it doesn’t take up a lot of room, but can really make a difference depending on the device it’s used on. 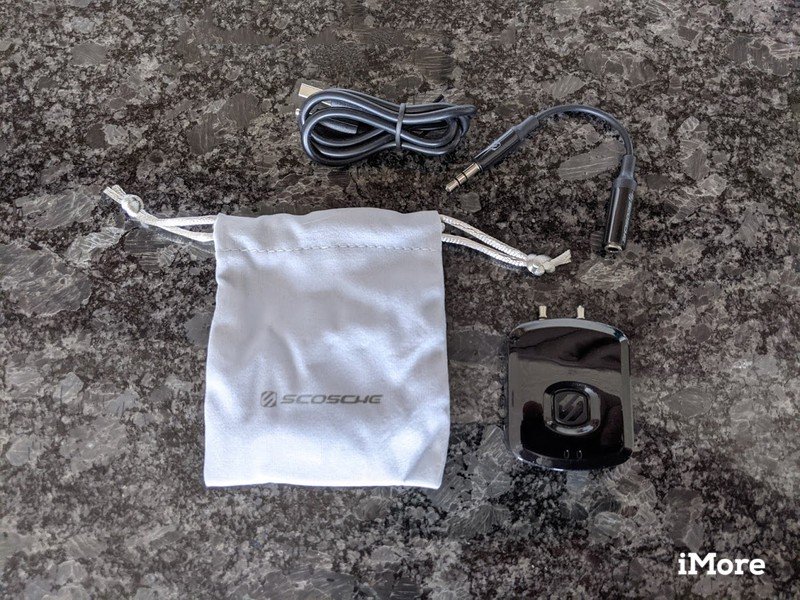 Since this adapter uses a headphone jack, it doesn’t receive any power from the console, and as such, it has its own internal battery that must be charged before it can be used. While charging, the red LED is lit, but once the adapter reaches a full charge, the blue LED lights up to let you know it’s ready to go. That being the case, if you’re out and about and the adapter runs out of juice, you won’t be able to use your wireless headphones with it. The battery lasts for around eight hours, which should be long enough for one or more Nintendo Switch gaming sessions. Just make sure to charge it up between uses and battery life shouldn’t be a problem.

When it comes to the Nintendo Switch, there are some definite pros to an audio adapter that uses the headphone jack instead of an adapter that uses the USB-C port. One of the biggest positives being that you can still use the USB-C port to charge your Switch or to plug in any other accessories you might want to play with. For example, I was able to plug my RAVPower Portable Charger into the bottom of my Switch while using the Flytunes Transmitter.

I found the Flytunes Wireless Audio Transmitter a snap to use. You simply charge it up, press down the large S button until the LEDs on the front alternate flashing red and blue, and then pair your Bluetooth headphones to them. Something that makes this adapter so convenient is that there are two jacks and they each can pivot to a 90 degree angle. They snap between the two positions with some force and won’t fold down accidentally.

This adapter works on both single jack and dual jack audio devices.

This makes it easier to fit this adapter onto both single jack and dual jack audio devices. Additionally, the extension cable only fits on one of the two jacks, so you always know which one to use in that scenario. When not in use, this folding action helps keep the prongs protected, so you can travel around with the adapter and be less likely to damage the prongs while doing so. What’s more, the adapter comes in either black or white, so you can choose the look you prefer. 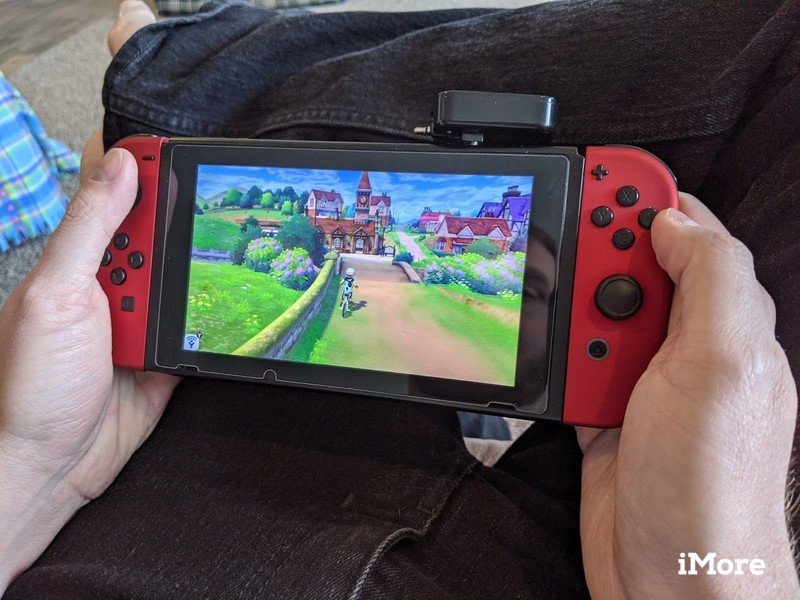 Most everything in life has its positives as well as its negatives and the Flytunes Audio Transmitter is no different. While it’s a great device overall, it isn’t perfect. here are a couple of things that I don’t like about it.

It’s bulky Not as slim as other options

As stated before, there are some definite positives to having an audio adapter for your Nintendo Switch that connects through the headphone jack. However, there are also a few drawbacks. This particular transmitter is rather bulky compared to other options out there, with the large mass resting on top of the headphone jack. For instance, this Gulikit Route Air Adapter is super slim in comparison and connects through the USB-C port. 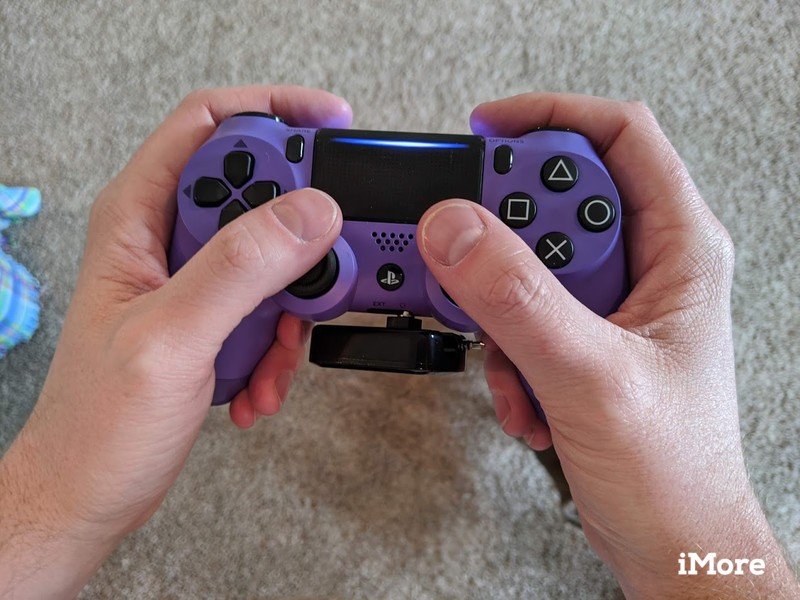 In addition to using it on the Nintendo Switch, I also plugged the Flytunes Adapter into my computer and my PS4 controller. It surprisingly wasn’t as intrusive on the PS4 controller like I expected it to be; both me and my husband were able to wrap our hands around the controller without touching the adapter. But that large clump on the bottom of the controller is still kind of an eyesore.

When it was plugged into my computer, the bulkiness didn’t really matter. I don’t usually touch that part of my tower and as such, the adapter never got in the way. Still, part of the reason why this adapter is so large is because of the pivoting jacks, which are really convenient in other ways.

The cost Additional money for audio

Wireless audio adapters for the Nintendo Switch typically run between $20 and $50. That being said, this one is on the higher end. However, it’s less likely to find headphone jack transmitters than it is to find USB-C ones. That being the case, if having your USB-C port free while using Bluetooth headphones is important to you, this is a decent purchase price. 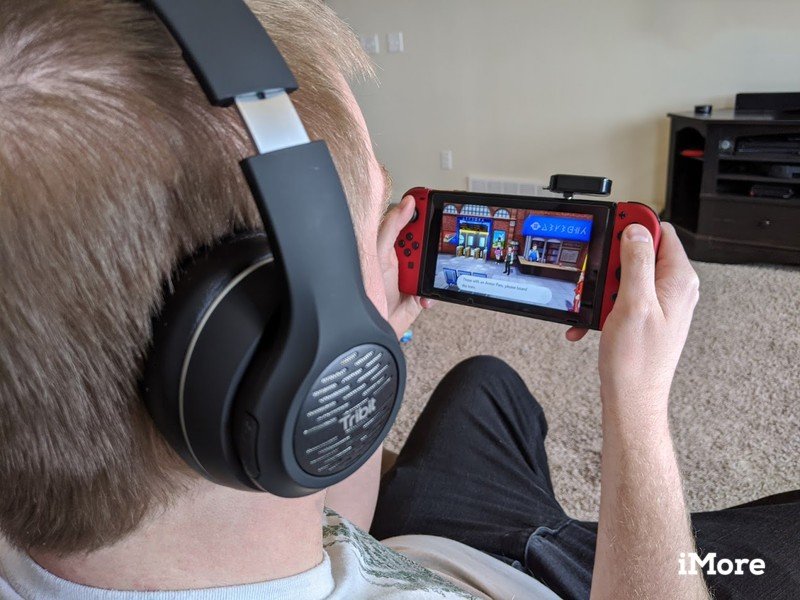 While it’s a bit large compared to other audio tansmitters out there, the Flyunes Wireless Audio Transmitter allows you to keep your Nintendo Switch console’s USB-C port free for charging or plugging in other accessories. The pivoting dual jacks make it work with numerous devices and also help protect the prongs when they’re not in use.

I love that this adapter comes with a small extension cable and a carrying pouch. Switch players are known to take play their games on-the-go and the bag really makes it easier to carry this accessory around. If you’re trying to decide on a wireless headphone adapter, this is a great one to choose.

Bluetooth via the headphone jack

How to control your TV with your Siri Remote

How much data does Disney+ use? 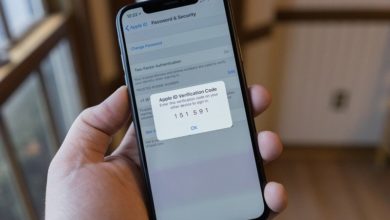 Protect yourself by adding 2FA to your most important accounts