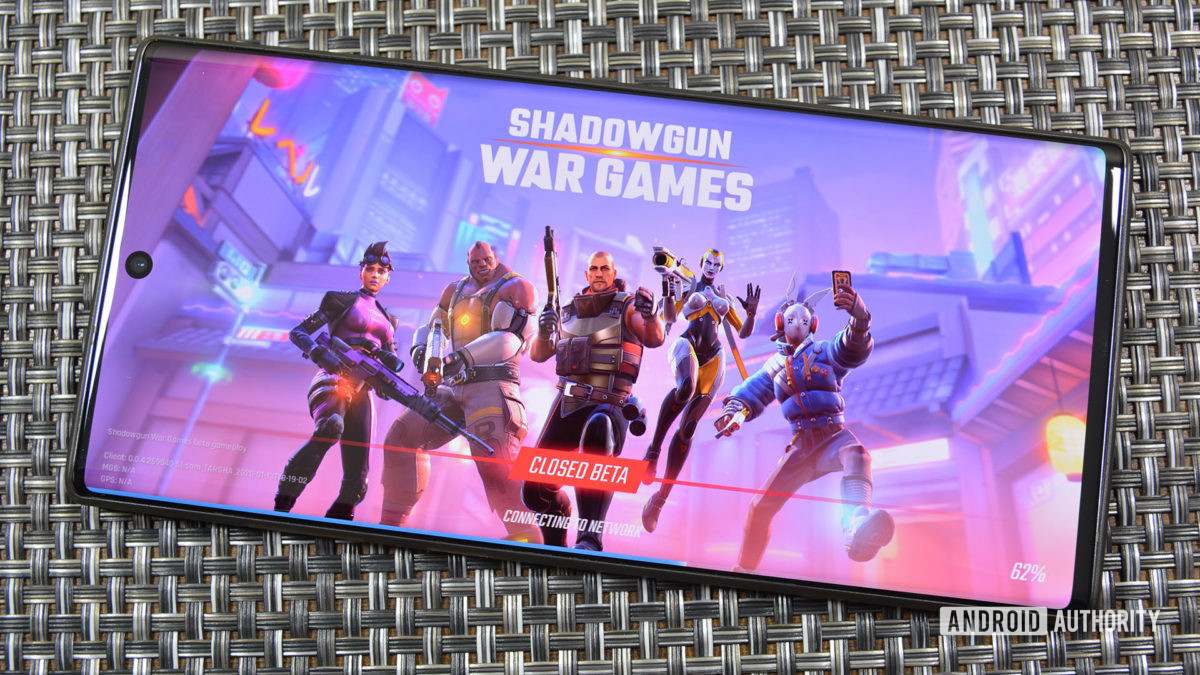 Shadowgun is one of the oldest and most popular FPS franchises on mobile. It helped build the mobile FPS genre and its developer, Madfinger Games, is one of the best in the industry with games like Dead Trigger 2, Unkilled, and other Shadowgun titles. The next game is Shadowgun War Games. We got the opportunity to play the closed beta a little early and leave some feedback so that’s what we did.

Here are our first impressions of Shadowgun War Games. Please note, this is an impression based on a closed beta. We did not have access to every game element and we left feedback when we ran into problems. The game is still in active development.

pre-register on the play store!

The game play controls are similar to most FPS games. Here’s how to play Shadowgun War Games.

Thankfully, Shadowgun War Games doesn’t stray too far from the tried-and-true formulas of FPS games. The sensitivity is a little much at its default value, but you can turn it down in the settings. Otherwise, it’s just a matter of practice and improvement. The game doesn’t differ much from other popular FPS games in terms of controls and general game play feel.

Gunfights dominate the gameplay in Shadowgun War Games. There are few quick kills here unless you team fire.

Where the game starts to differ are the characters, character load-outs, and the length of gun fights. Each character (there are five so far) has its own set of abilities along with its own weapon load-out. Players have a lot more health (or deal a lot less damage) than other modern FPS titles.

This results in much longer gun fights that dominate the gameplay, similar to old Halo games and Overwatch rather than the “kill you as soon as they see you” dynamic of modern FPS titles like Call of Duty: Mobile. This was surprisingly refreshing because being blindsided didn’t mean instant death if you could dance your way out of danger.

In a genre filled with Call of Duty and PUBG clones, Shadowgun War Games feels more like Overwatch. We like that.

We tried out two game modes, team deathmatch and capture the flag. They are both pretty standard fare. However, we did play a limited closed beta so the full game probably has more to do. Additionally, none of the micro-transactions were enabled in the beta so we didn’t get to see what those were. However, based on the Play Store description, it’ll most likely be customization things like stickers, emotes, skins, and other such things.

Shadowgun War Games is centered around your choice of character. There are five in the game right now and we’ll give you a quick rundown of each one.

Again, the closed beta probably limited our scope here and the Play Store description promises more characters in later releases. In terms of difficulty, Willow and and Jet are the most difficult to play thanks to their high-risk, high-reward style and lower health bars. Revenant and Slade are the easiest to play thanks to Revenant’s high health and Slade’s abilities. Sarah sits right in the middle as a support character since her sole purpose is defense rather than combat.

We don’t have a lot of complaints about Shadowgun War Games yet. If we found anything weird, like a networking issue, we reported it to the developers so hopefully the finished product is more free from bugs than most new mobile games. That said, there are a few things of note that we’d like to talk about.

The first is the settings menu. We left everything on auto, but you can adjust the frame rate limiter and graphics quality. Additionally, there are three audio sliders to adjust in-game volume to your needs. The controls section of the settings also lets you change your fire mode from simple mode (auto-fire) to other modes if you need more control along with some additional graphical and gameplay mechanic settings.

We got to play a limited closed beta so we didn’t get to see all of the game play elements.

For a closed beta, we thought Shadowgun War Games played rather well. We didn’t experience any frame drops or hiccups on our Samsung Galaxy Note 10 Plus. The graphics are quite good and the game play was smooth and pleasant. Of course, that may change when thousands upon thousands of players start hitting the servers and people play with lower-end devices.

Additionally, in my four matches (about an hour’s worth of play time), my battery drained from about 90% to 71%. That’s about 20% per hour on a Note 10 Plus. It’s about the expected amount of drain for a network-heavy FPS shooter in 2020. Your battery drain will vary based on your network connection strength and phone hardware.

Shadowgun War Games is available for pre-registration in the Play Store now and it should launch in the first quarter of 2020. Click here if you want to pre-register. This has the potential to wrestle with the big dogs. However, we’ll save our final conclusions for when the game launches and we get to see the finished product. 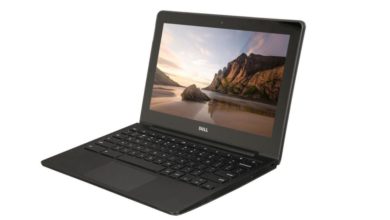 Pick up a refurbished Dell Chromebook from just $75

Train to become a cybersecurity expert for just $35