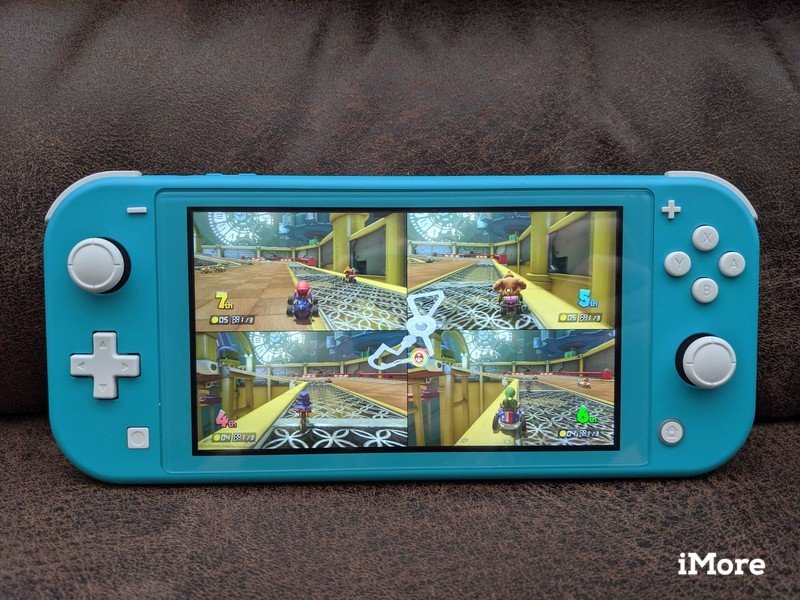 Nintendo Switch doesn’t directly compare with the next main gen consoles, but it might have trouble with potential PlayStation and Xbox handhelds.

Since its launch in 2017, the Nintendo Switch has proven to be a popular and innovative console. Unlike any previous gaming system, it allows players to play more in-depth titles both on their TVs and on-the-go. Due to its versatility, this console has made its way into the hands of millions of video game lovers. However, at the end of this year, we will see the launch of the new PlayStation and Xbox consoles. Obviously, Nintendo Switch is different enough from these devices to make it stand out, but it also has a few weak points that could make it lose money this holiday season.

Here are some reasons why the Nintendo Switch likely has nothing to fear from PlayStation 5 and Xbox Series X, as well as a couple of things that might spell doom for the beloved hybrid. 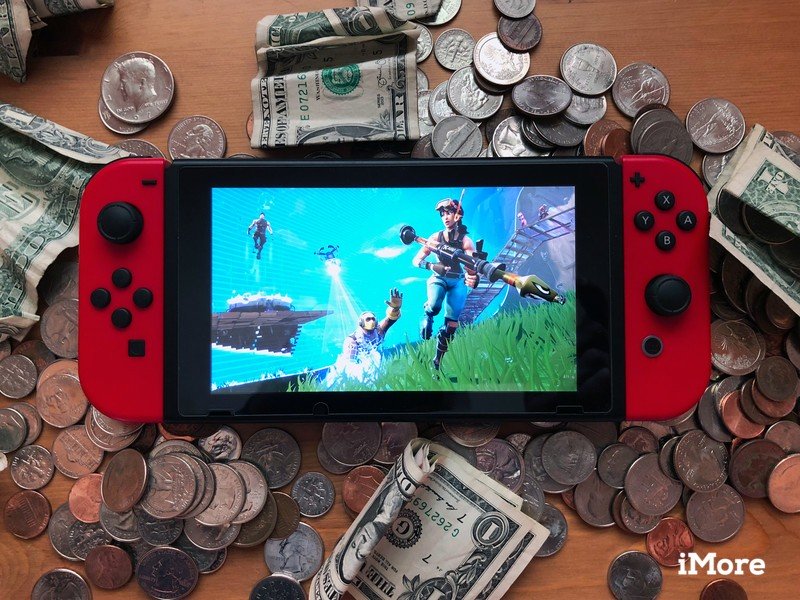 The official prices for the PS5 and the Xbox Series X have not been revealed yet, but many analysts are saying they will sell somewhere between $500 and $600. The Nintendo Switch on the other hand only costs $300, making it the console of choice for more budget-conscious gamers. When it comes to holiday shopping in 2020, if a child asks for a video game console, parents might be more willing to purchase the Switch (or its latest version) since it doesn’t cost as much. If Nintendo can maintain its position as the least expensive major gaming system, it will continue to do well for itself.

Nintendo tends to have far more kid-friendly titles than other consoles out there, which makes Nintendo gaming systems a common gateway for novice players to get into the world video games. As such, many people have special childhood connections with Nintendo’s wide roster of iconic characters from Mario, to Link, to Samus, to Kirby. I know I have special memories of playing Mario Kart at sleepovers and falling in love with RPGs by playing Zelda games.

Many people have special childhood memories with Nintendo characters.

Even if you move on to more intense gaming or consoles with higher graphics, people still love Nintendo and they love to show off their love of Nintendo by purchasing Nintendo-themed children’s toys, accessories, collectibles, and clothes. Many Xbox One and the PlayStation 4 owners also have a Nintendo Switch, which they mostly use to play on-the-go. Now obviously, a huge part of this is due to the Switch’s portability, but it also shows that many PlayStation and Xbox fans love Nintendo as well.

When the Nintendo Switch released in 2017, it was an absolutely innovative piece of hardware. In addition to playing on your TV like a regular console, you can remove it from its Dock to play in either tabletop mode or handheld mode. The simple ability to detach the controllers from the main unit also makes this a popular multiplayer device whether you’re at home or on-the-go. This makes it so video game enthusiasts can play fun in-depth titles anywhere, whether that be on a plane, on the bus, in a waiting room, or even (let’s be honest here) on the toilet. 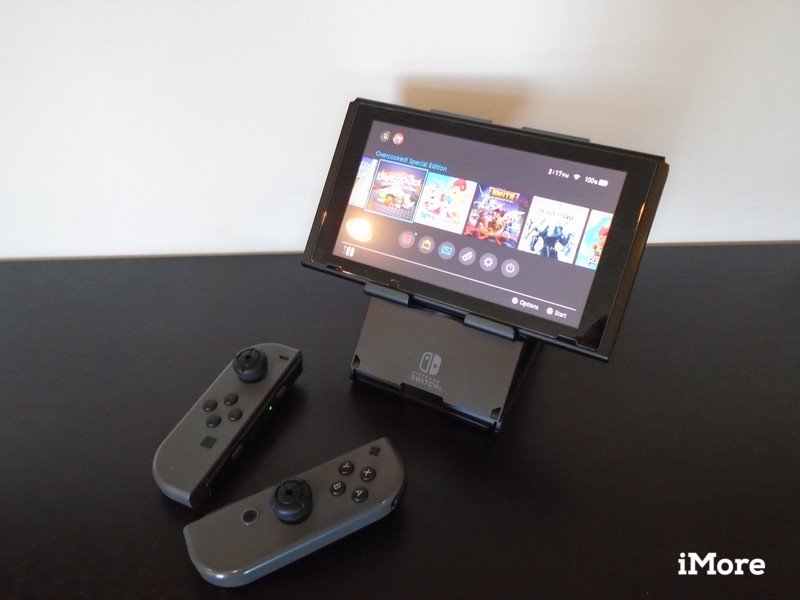 Due to the Switch’s massive popularity, Xbox and PlayStation have both had to consider creating hybrids or at least handheld versions of their next consoles. Though, with how powerful the Xbox Series X and PlayStation 5 are rearing up to be, it’s unlikely the beautiful 4K-8K graphics and powerful fps abilities would transfer smoothly to a handheld device – not one with a slim design, anyways. 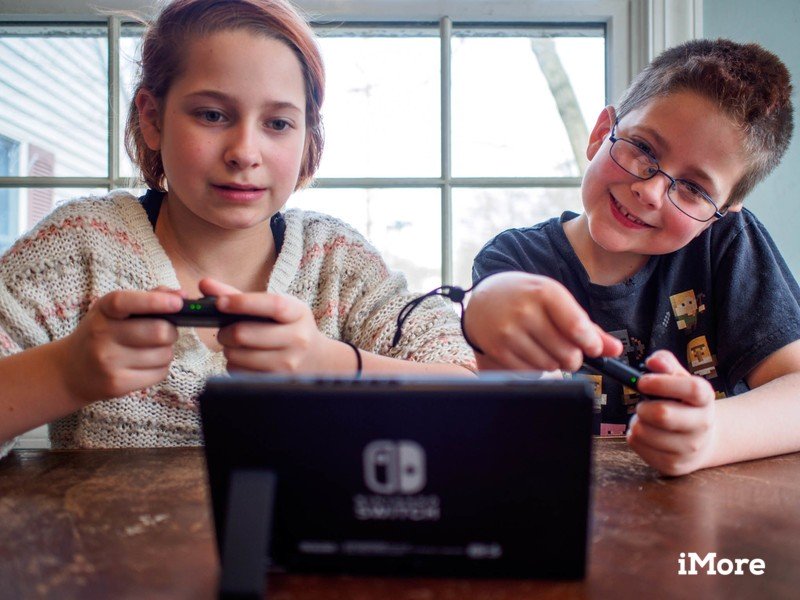 One of the things that makes Nintendo stand out from other consoles is its focus on allowing co-op and multiplayer gaming on the same screen. In comparison, other consoles have made it so that multiplayer games typically only work if everyone has their own console and their own TV. And if split-screen is available, Xbox and PlayStation games often only allow up to two players to use the screen, granted there are a few exceptions. Since the Nintendo Switch’s exclusive multiplayer games, like Mario Kart 8 Deluxe, often host up to four players on the same screen (and sometimes up to eight in the case of games like Super Smash Bros. Ultimate), this gaming system is a commonly used for game nights and family activities.

Many multiplayer Switch games can host 2 to 8 players on one screen.

True, things could change with the PS5 and Xbox Series X. In fact, we’ve learned that Sony has created a patent for a controller that allows up to three people to use one controller at the same time. Of course, it’s possible that this controller will never be made, but it’s also possible that the next generation of Xbox and PlayStation consoles will have more of a focus on screen sharing games. But, they’ll have to provide really good couch co-op games in order to take the title of best local multiplayer console from the Switch.

One of the biggest differences between Nintendo, Sony, and Xbox is that the former is far more willing to experiment and take risks with novel and often bizarre technology. We saw this with the Wii which included motion controls and a huge library of party games that took advantage of them. Xbox tried to match this success with the Kinect, but it wasn’t able to get anywhere near the popularity of the Wii’s motion controls. 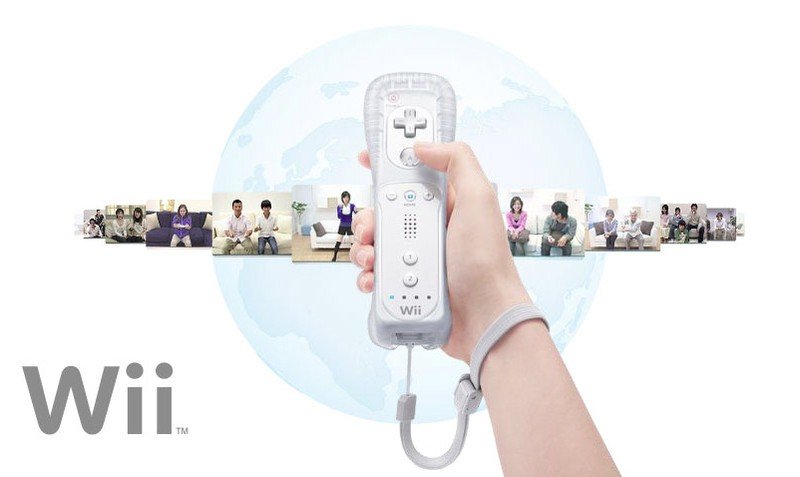 We also saw this risk when it came to the release of the hybrid Nintendo Switch. Part of the reason why Nintendo was able to create a super-slim, handheld hybrid is because the company used cartridges over discs, which was a step backward in many people’s opinions. However, the Switch would have been a bulky and much heavier device than what we know it to be if it had needed discs to operate.

More so than any other gaming company out there, Nintendo takes risks. And though they aren’t always for the better, it forces the other gaming companies to expand and consider things they might not have considered before. In this way, Nintendo is essential to the gaming industry. As long as they keep playing their cards right, they’ll continue to innovate far into the future.

Why Nintendo should fear the PS5 and Xbox Series X 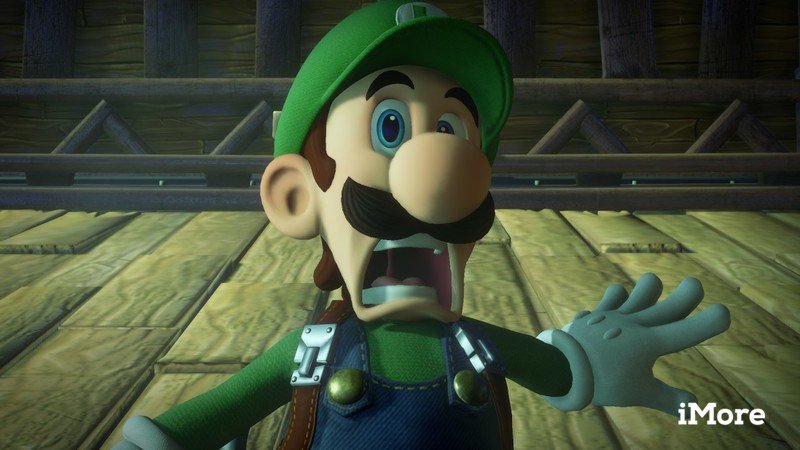 I personally think the Nintendo Switch will do well in the coming years, but there are a couple of things that could mean the end for the beloved handheld.

While the Nintendo Switch focuses more on gaming experiences than it does graphics, it would be wrong to say that graphics don’t matter to gamers. Many people out there want a console that hosts cutting edge visuals and seamless game flow brought to them by extremely smooth framerates and super-fast load times. At the 2019 Game Awards, Xbox showcased its Xbox Series X graphics with a look at Hellblade: Senua’s Saga. The visuals for this teaser are absolutely stunning and show just what the next generation of 8K-able consoles might be capable of. 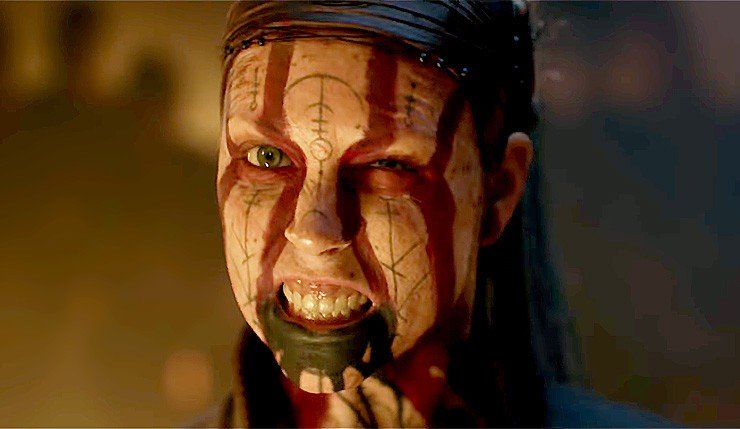 Graphically, the Nintendo Switch was already behind the PS4 and Xbox One at launch, but this next visual leap could really make the graphics on the Switch look super outdated. Of course, it’s rumored that Nintendo is working on the Switch Pro, a console with higher graphics abilities than the original model. Whether or not this console is in the making is highly debatable. But if it’s real, it might help close the gap between Nintendo, Sony, and Microsoft in the console wars. Though, I find it extremely unlikely that an 8K-capable Nintendo console is on the way any time soon.

There’s one way that PlayStation and Xbox could really put Nintendo into a difficult position: If they were to create a handheld device with better graphics and processing capabilities. With the success of the Switch hybrid, both Sony and Microsoft have had to consider portable gaming options for their brand. Whether or not they actually dip into handheld gaming is debatable, but there’s a chance they will release new portable gaming hardware that will become serious competitors for the Switch.

Sony is no stranger to the handheld market.

In addition to that, with the PlayStation Portable (PSP) and the ill-fated PlayStation Vita firmly in the rearview mirror, Sony is no stranger to the handheld market and it’s even been rumored that they are creating a new handheld unit. They’ve done it before and they have the experience to get back into it going forward. Granted, Sony’s handhelds haven’t been nearly as successful as Nintendo’s in the past with the DS having sold significantly more than the PSP. The real threat to Nintendo going forward, would be if PlayStation and/or Xbox released a handheld that could play the same games as the main consoles and had better graphics than the Switch.

I mentioned before that Nintendo’s decision to use cartridges allowed the Switch to be such a slim design. As such, Sony and Xbox would want to stay away from discs themselves. But, with more and more gamers making the switch to digital purchases, it wouldn’t be unheard of for Sony or Xbox to create a digital-only handheld system of some kind. True, they’d have to tone down the graphics and the fps in order for a handheld PlayStation or Xbox to work, but this idea isn’t out of the question. 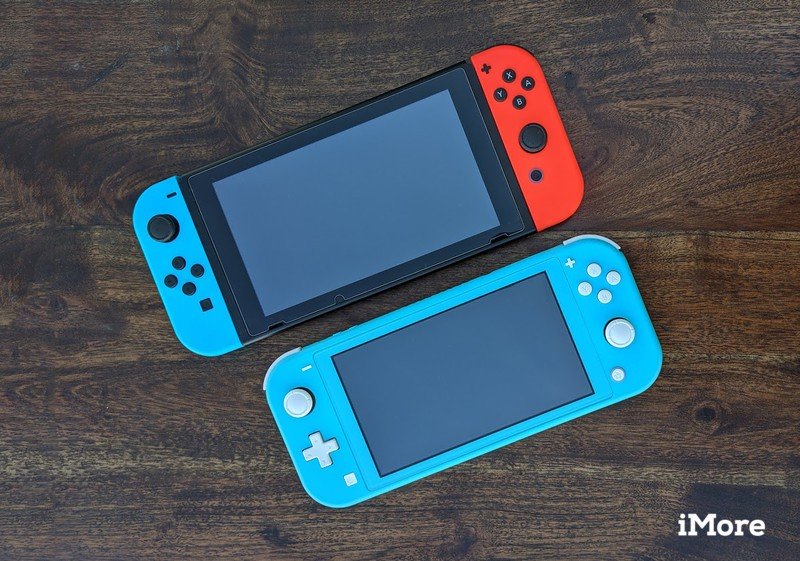 Still, as with the case of the Xbox Kinect, Sony and Xbox have been unable to replicate some of Nintendo’s biggest successes in the past. Even with the Switch’s innovative design, the console wouldn’t have taken off if it wasn’t for the multitude of amazing games that found their way on the Switch. Unless Sony and Microsoft were able to release best-selling hits on these potential handhelds, they might not do as well as the Switch.

Obviously, I don’t know for sure what Nintendo’s future has in store, but the Japanese gaming company has seen some really bad years in the past and has still been able to come out on top. As long as the company continues making innovative and quirky strides into the realm of video games, I’m sure Nintendo will be able to survive whatever Sony and Microsoft throw at it. The biggest challenge to its authority would be the release of a successful rival handheld system, but Nintendo has a special way of creating popular experiences that other companies cannot replicate. That might just be the case with the Nintendo Switch. We’ll have to wait and see. 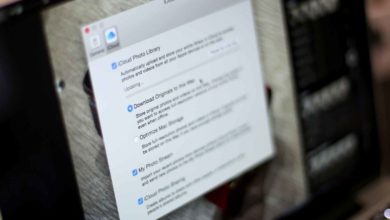 Your photos may be in iCloud, but you should still back it up! 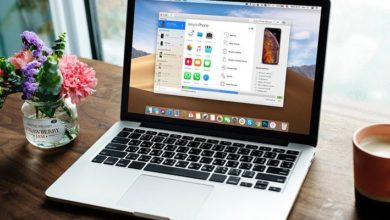 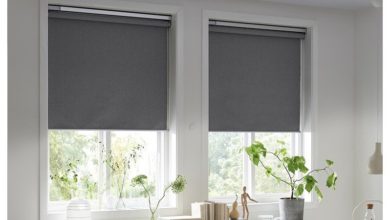