So, why, and more importantly, when’s it all just going to be fixed?

When standards and companies collide

The short answer is that, unlike HD where pretty much everyone supported H.264 for video encoding and decoding, 4K has been split between almost everyone, including Google, supporting H.265 aka HEVC, and YouTube, supporting only a competing codec, VP9.

The good news is, the next, next-generation codec, AV1, seems to be supported by just about everyone again, including Apple and YouTube. So, once we get out of these awkward, angsty tech teenage years, it should be smooth viewing again. When will that be? Well, that brings me to the long answer.

H.264 was and is the codec standard for HD video up to and including 1080p. But, the issue with it, is that it’s not free and open source. It has to be licensed from a patent-pool company, MPEG-LA, which charges a royalty for that license.

In the early days, there was a lot of uncertainty about those licenses and royalties, but it eventually calmed down to the point that virtually everyone came to support H.264. Even Google and YouTube.

And Google’s VP-series, back then VP8, became the only really viable alternative.

Now, just because Google or anyone else says or wants their codec to be FOSS-friendly doesn’t automagically mean it is. Patents are a minefield and infringement is capricious and cares nothing about intent. So, Google eventually had to reach an agreement with MPEG-LA and everything was as cool as that kind of cool can be.

Then came 4K, and 8K on the horizon, and HDR, High Dynamic Range, and all sorts of video that promised to be far larger than anything H.264 or VP8 could efficiently handle at anything approaching usable compression rates.

And that’s their one job — take giant media files, toss away everything the human eye can’t really tell has been tossed away, crunch everything else to the full extent of math, and then provide the smaller file size with the least processing overhead possible.

H.264 was replaced — after a much more complicated and nightmarish set of patent pooling agreements — by H.265, the High-Efficiency Video Codec, or what’s commonly referred to by their entrant for most unnecessary acronym ever, HEVC. And, like H.264 before it, H.265, while still subject to licensing and royalties, has gotten widespread adoption by almost everyone in the industry, including and especially all the 4K and HDR movies and shows we’re all streaming now all the time.

Because this time, instead of supporting H.264 the way they had with HD, YouTube chose to only support VP9, the successor to VP8, and the main alternative for 4K and HDR video.

Why doesn’t Google support HEVC as well? I’ve never seen anything approaching an official answer to that. Some have guessed that it’s because they don’t want to license it and pay royalties to HEVC pool, but that didn’t stop them from supporting H.264 in the past. Others have guessed that it’s because YouTube doesn’t want to have to transcode videos into both VP9 and HEVC, but that’s what they’re doing for every video up to 1080p still anyway.

My guess is that the simple answer is probably the correct one: Because they’re YouTube, dammit, and they don’t want to. And they’re big enough and powerful enough to get away with it. At least so far.

Since Google supports VP9 on its own devices, including Android and Chrome, including Chrome on the Mac, and others like Roku and Amazon have added support for it to their products, YouTube has largely been proven right.

Apple has added support for HEVC down to the silicon level, so everything up to and including 4K and HDR plays back incredibly smoothly and efficiently on Apple hardware from the iPhone to the Apple TV, and in Apple software from the TV app to Safari.

But Apple hasn’t added any support, like not at all, for VP9, not even Safari, where it’s not pretty much the only major browser in the business to lack that support.

Why doesn’t Apple support VP9 not even in Safari? One guess is that, like VP8, just because Google wants it to be license and royalty-free doesn’t mean it really is and future agreements or litigation could come back and bite everyone in the ass — and when it comes to exposure, Apple’s got a very big ass to bite in this game.

Another, simpler, and probably more correct guess is because they’re Apple dammit, and they don’t want to. And they’re big enough and powerful enough to get away with it. At least so far.

Again, let me know your guess in the comments.

And that’s actually pretty telling. If you want to blame one or the other, let me know who you choose to hold accountable in the comments, but for me, ultimately, for users, for customers, we don’t care. We don’t. We just want all our content, including all our YouTube to work on all our stuff, including all our Apple devices.

And it’s not our job to make it all just work. It’s YouTube’s and Apple’s.

AV1 is the next, next-generation video codec. It’s open and royalty-free, like Google’s VP series, and Google has bought-in to the extent they’ve shelved VP10 for AV1, which is about as bought in and bought in can be.

Apple has also joined the Alliance for Open Media which means AV1 could enjoy the near-universal support of, never mind HEVC, but H.264 before it. 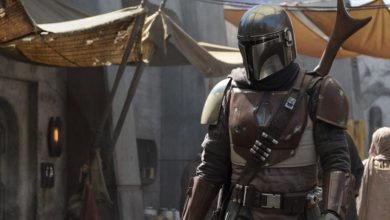 This is every show you can watch on Disney+ 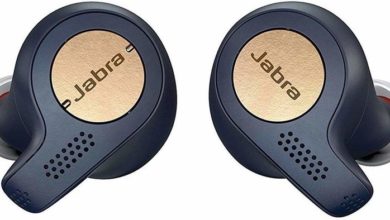 These earbuds cost way less than AirPods on Black Friday 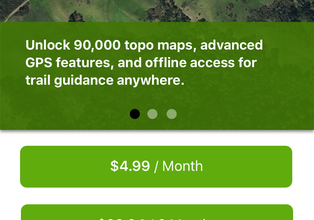