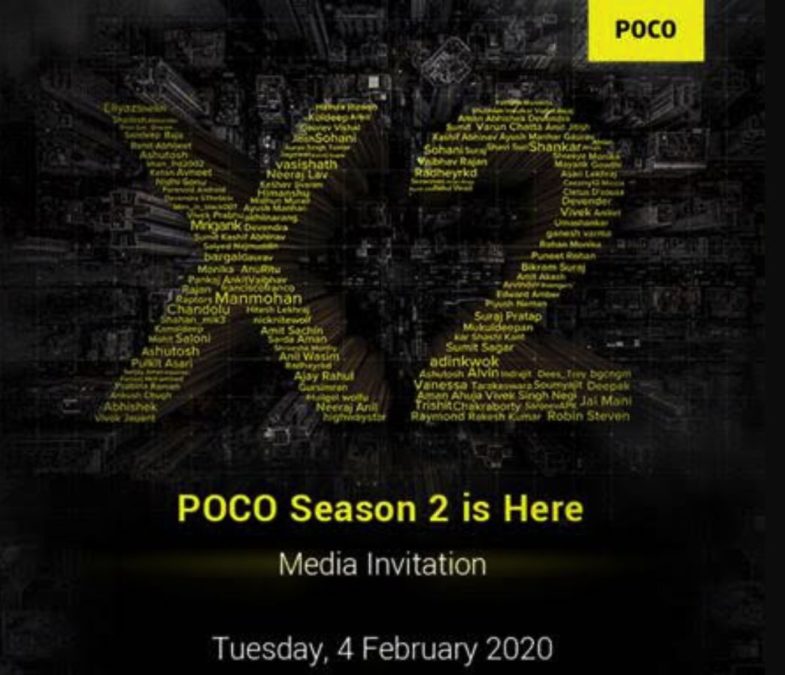 Given the success of the original Pocophone F1, it is surprising that it took the company so long to introduce a second device. However, we finally have a date for the launch of the next-generation Pocophone. Earlier today, the company took to Twitter to announce that the Poco X2 will be launched on February 4 at an event in Delhi.

Alongside the teaser for the introduction of the next-generation Pocophone, the company also launched a website to hype up the launch. Interestingly, this gives us a few nuggets that might allude to the final specifications.

Loading up the teaser website on a phone launches a screen refresh rate measurement utility. Between the mentions of an extreme refresh rate, callouts to the 90Hz display on our OnePlus 7T Pro as being slow, as well as the rumors, it is fair to assume that the Poco X2 will include a 120Hz panel.

Next up is the reference to a high-resolution camera sensor. Likely the IMX686, this is the same 64MP sensor that serves as the primary module on the Redmi K30 which lends further credence to the rumor that the Poco X2 will be based on the Redmi K30.

As expected, Poco is also hyping up the capabilities of the Qualcomm chipset it’ll be running on. So far, all rumors point to this being a Snapdragon 765G, but could Poco surprise us with something even more higher-end? We’ll just have to wait and see.

Finally, rounding off the teasers is the mention of liquid cooling and fast charging. Both of these are mainstays of upper-midrange phones and nothing out of the ordinary.

There are a lot of expectations and hype around the next-gen Pocophone. The Poco F1 ushered in the era of top-of-the-line specifications at an unprecedented price point. However, the industry has changed quite drastically and high-end specifications are no longer out of the ordinary at the $300 price point that the Poco F1 debuted at.

Will features like a 120Hz display be enough to make the same impact that the Poco F1 had on the market? We’ll have to wait till next week to find out.

Study for 12 CompTIA certification exams in one bundle