Flipboard, the personalized news aggregation app used by 145 million users per month, is today launching a new feature aimed at bringing local news coverage to 23 cities across the U.S. and Canada, including major metros like New York, LA, San Francisco, Seattle, D.C., Boston, Dallas, Chicago and many others. The goal with the new offering is to give Flipboard users an easy way to catch up with local news, sports, dining, real estate, transportation and weather from a variety of sources, including local newspapers, local TV stations, radio stations, college news sites and even blogs.

Local media outlets have been one of the hardest-hit by the internet, but a Knight Foundation study from October found that people trust local news more than national news. They also think their local reporters are more caring and unbiased compared with their national counterparts. But until now, there hasn’t been an easy way for readers to follow all their local news in a given city or metro — you still have to visit the individual news publications and area blogs separately.

Flipboard initially tested the local news product with Toronto, and found it resulted in an almost 10% lift in engagement from those who ended up adding Toronto’s local news to their Flipboard interests versus those who didn’t.

At launch, Flipboard users will be able to find the 23 Local sections inside the Explore tab in the Flipboard app. Once added, they’ll then be able to browse their local news in Flipboard alongside the other content they’re interested in, across Flipboard’s wide variety of topics.

In addition, some local publications also organize their content based on local interests. For example, The Miami Herald today publishes 15 magazines to Flipboard on topics like The Miami Heat or even Cuba. The Chicago Sun-Times publishes 24 magazines, like Chicago Politics and Chicago Education. And The Mercury News has 37 magazines on topics like The San Francisco 49ers and the California Wildfires. When articles are added to their magazines, Flipboard’s topic engine classifies the content, then recommends it to people interested in related subjects.

For the local news initiative, Flipboard will also now recommend stories to local audiences, based on their IP address. However, Flipboard says it doesn’t track a user’s precise location — the IP address gives it a rough idea of who to suggest these local news topics to. Flipboard’s advertisers don’t care about precise location, either. They target based on user interests, like travel. Now they’ll be able to add a city metro region as an “interest” they can consider when targeting ads. 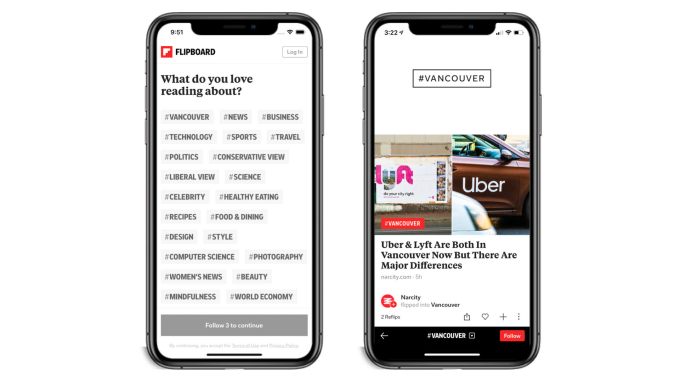 In the longer term, Flipboard sees the addition of local news and information as a jumping-off point that could allow for further partnerships in the future. For example, Flipboard could partner with ticket sellers or event platforms like Ticketmaster and Eventbrite to connect readers to tickets for local events, or to Airbnb for opportunities related to travel.

But one thing it won’t do is try to compete with Facebook as a place for local community members to interact, as they do today in local Facebook Groups. Instead, Flipboard’s Local news product is only about connecting users to their interests.

“We applaud Flipboard’s thoughtful efforts to elevate local news to its users and are delighted that two of our largest metros, the Miami Herald and The Sacramento Bee, will be part of this inaugural initiative,” said Jessica Gilbert, senior director of Product and Experience at McClatchy, in a statement about the launch. “We’re excited that our high impact local journalism, including investigative, opinion, sports and ‘news you can use’ will be surfaced and look forward to continuing to collaborate with Flipboard on spotlighting local journalism,” she added.

The new initiative requires that local publishers participate by publishing their content onto Flipboard. To do so, they have to first create an account, then use the Flipboard bookmarklet to start curating content into the platform. To automate submissions, they can instead submit their RSS feed to Flipboard. From then on, their content will automatically be analyzed and indexed by Flipboard’s AI.

Flipboard plans to expand the list of local metros to smaller cities and even smaller boroughs or communities over time. In the case of the latter, this could involve rounding up more local bloggers and curators, rather than only relying on the wider metro region’s bigger newspapers. This is an area where Flipboard could be useful, as it’s capable of ingesting all sorts of content — including things like Twitter feeds, RSS feeds and blogs. For instance, the local section could be augmented with the Twitter feed from the local high school sports team or college newspaper.

Local news is still an area tech companies are looking to solve. Digital news company Patch now uses a combination of humans and software to write its local news. And both Google and Facebook have made investments in local news, despite having been complicit in harming local news in the first place.

For participating publishers, being available on Flipboard will give them a different way to engage with and expand their audience, rather than relying on other traditional advertising and marketing opportunities, including social media platforms, like Facebook and Twitter, and digital ads. There’s no cost for publishers to participate on Flipboard. But for now, that means it only indexes free content — for paywalled content, users are sent to the website instead, where they either get a certain number of free articles per month or can log in as a subscriber. 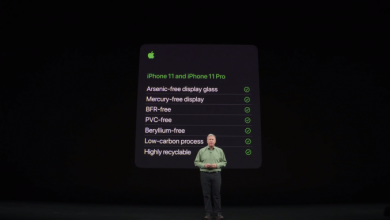