Samsung Patents Wraparound Display That Aids in Photos and Selfies 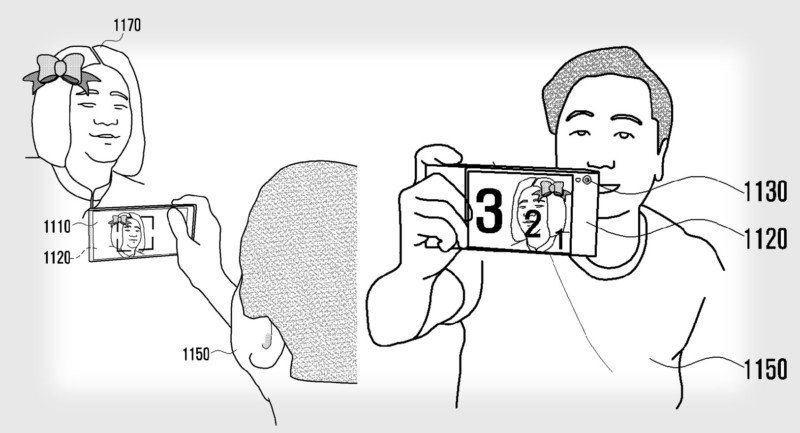 Samsung has patented an unusual smartphone design that features a display that wraps around the phone from the front to the back over the top edge. It’s a single display that could provide a simultaneous live view on the back while shooting rear-camera photos.

The patent, spotted by Let’s Go Digital, is titled “Electronic Device Having Plurality of Display and Method for Controlling Same.”

The display has interesting applications for photography. First, as with a standalone rear screen, the display would allow you to shoot selfies using the rear camera, eliminating the need for a front camera — you would simply flip your phone instead of flipping the camera view.

Since the rear camera is almost always superior to the front-facing camera on smartphones, this design would provide much better photo quality for selfies.

Another application would be displaying a live view of your subject while shooting a portrait, allowing him or her to see themselves as the picture is being captured.

And since the display wraps over the top of the smartphone, that edge could be used to display useful information to view at a glance.

Smartphones with displays on both sides of the device are already starting to hit the market, so these features may soon become commonplace, but providing them through a single seamless wraparound display isn’t something we’ve seen yet. As with all patent filings, though, there’s a chance that this innovation will never see the light of day (anytime soon, at least).

(via WIPO via Engadget)