This is the World’s First Photo of a Black Hole 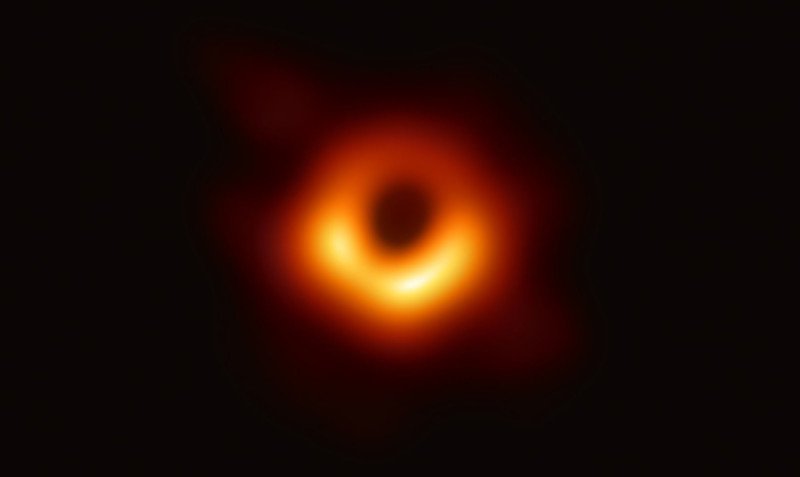 This is the first photo ever captured of a black hole. It was revealed today after years of international collaboration between over 200 international astronomers.

At a coordinated press conference across the globe, researchers at the Event Horizon Telescope (EHT) announced that their efforts in using a planet-scale array of eight ground-based telescopes succeeded in its mission of capturing images of a black hole.

“What we see is larger than the size of our entire Solar System,” Radboud University professor and experiment founder Heino Falcke tells BBC News. “It has a mass 6.5 billion times that of the Sun. And it is one of the heaviest black holes that we think exist. It is an absolute monster, the heavyweight champion of black holes in the Universe.”

“If immersed in a bright region, like a disc of glowing gas, we expect a black hole to create a dark region similar to a shadow — something predicted by Einstein’s general relativity that we’ve never seen before,” Falcke says in a press release. “This shadow, caused by the gravitational bending and capture of light by the event horizon, reveals a lot about the nature of these fascinating objects and allowed us to measure the enormous mass of M87’s black hole.”

After ultra-powerful telescopes around the globe captured imagery, petabytes of raw data were crunched using supercomputers to create the resulting image.

The photo shows a bright ring of superheated gasses falling into the perfectly circular hole, which is the event horizon beyond which not even light can escape. The ring of light is brighter than the brightness of all the stars in Messier 87 combined, allowing astronomers here on Earth to see and capture it.

“We have taken the first picture of a black hole,” says EHT project director Sheperd S. Doeleman. “We have achieved something presumed to be impossible just a generation ago. Breakthroughs in technology, connections between the world’s best radio observatories, and innovative algorithms all came together to open an entirely new window on black holes and the event horizon.”