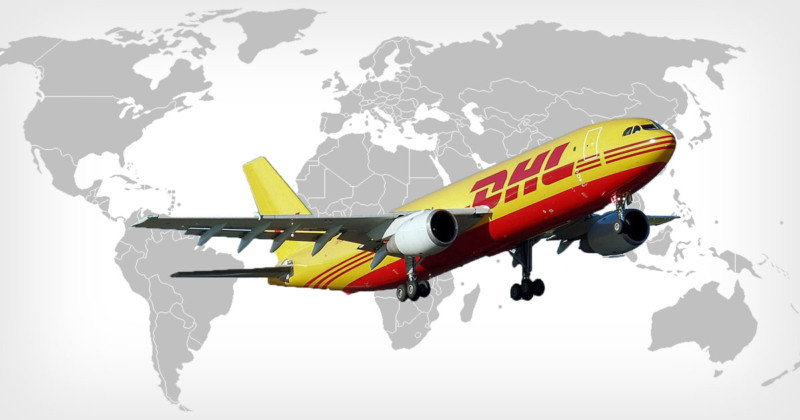 Photographer Gary Gruber recently purchased a Hasselblad lens accessory on eBay. As he waited for the order to travel from South Africa to his home in the United States, Gruber was baffled by the route DHL sent it on.

“I buy and sell a ton of photo gear on eBay,” Gruber tells PetaPixel. “99.8% of the transactions I’ve made in the last 18 years have moved from seller to me flawlessly.

“I’ve made many purchases from Japan and China and am used to the 5-6 day delay as my purchases make their way through customs on both ends.”

In this particular case, Gruber was trying to buy a $20 Hasselblad lens focusing lever, and the seller he found had a great rating and was based in South Africa.

After placing his order, Gruber received 39 shipping updates between when the package was picked up on September 9th and when it was finally delivered on September 18th (in reverse chronological order):

Here’s the route the package appears to have taken in terms of countries: South Africa to The Netherlands to Belgium to the USA to South Korea to China (Hong Kong) to the USA.

The package had already arrived at the nearby Delivery Facility in Ontario, California, on September 11th before DHL decided to send it on another week-long journey to the other side of the world.

“Once before I had an item misrouted by DHL, but this comedy of errors certainly takes the cake for inept handling of a package,” Gruber says.

The eBay seller offered Gruber a full refund while the package was on its unexpectedly long (in terms of distance) journey, but Gruber declined and opted to wait and see when or if the package would arrive.

“The tracking history alone might make good fodder for a short movie!” the photographer says. “Incidentally, the lever did not fit my Hasselblad 80mm lens and the retaining screw was stripped, so the item is useless.”

Image credits: Header illustration based on world map by Roke and licensed under CC BY-SA 3.0