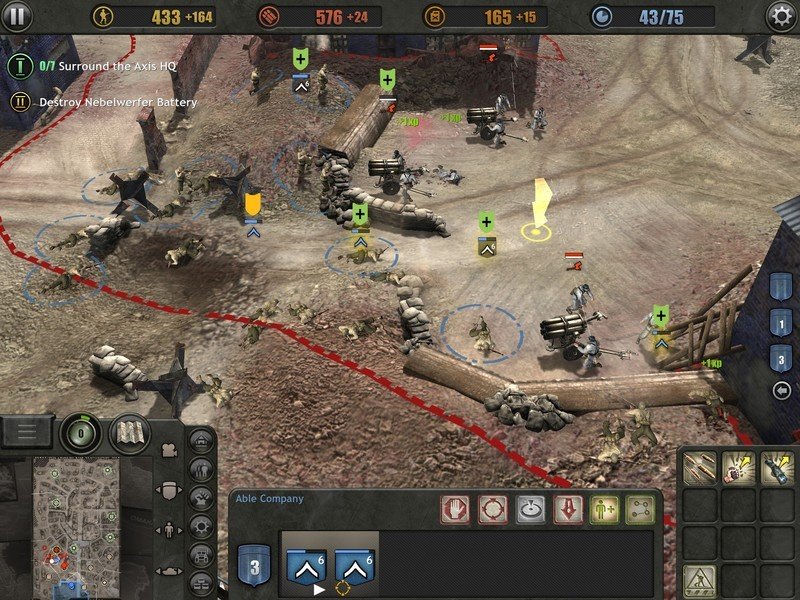 This is not a drill!

One of the greatest real-time strategy games of all time, Company of Heroes, is coming to iPad on February 13.

A masterpiece of simulated warfare, Company of Heroes puts players in command of two companies of American soldiers and challenges them to direct an intense squad-based campaign starting at the D-Day Invasion of Normandy.

Fully tailored to and optimised for tablet, Company of Heroes features a sophisticated user interface that makes it intuitive for players to execute real-time tactics, adapt to constantly shifting environments, and ultimately overcome ferocious opposition to secure the liberation of France.

Specifically, the game lets you command to crack companies of US soldiers in an intense European campaign, beginning with D-Day and the invasion of Normandy. Like other Feral Titles, controls have been optimized for touch screen display.

On PC, Company of Heroes is one of the most acclaimed games of all time. Originally released back in 2006, it was the first game to ever use the ‘Games for Windows’ label.

If that’s not enough to get you stoked, check out the trailer below!

With regards to compatibility, you’ll need iOS 13.1 or later and one of the following: