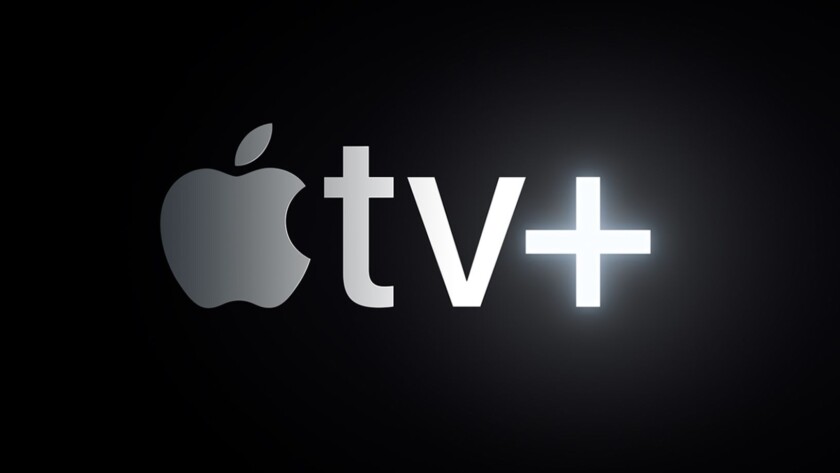 Apple helped to launch the personal computer revolution in the 1980s with its Mac PCs, and revolutionized the music industry in the 2000s with the iPod and iTunes. It jumpstarted the smartphone business with the iPhone in the late 2000s, and has led the tablet and smartwatch markets with the iPad and Apple Watch. Now, CEO Tim Cook and the team at Cupertino want to go after one of the biggest tech success stories of all time, Netflix, with the upcoming launch of Apple TV Plus (labeled officially as “Apple TV+”).

Now, you may be asking yourself, “Isn’t there already an Apple TV?”. Yes, indeed; there is both an Apple TV app and an Apple TV hardware set-top device for big-screen TVs. However, Apple TV Plus is designed to offer consumers a way to subscribe to other online TV services inside just one app. In addition, it will also offer a ton of original TV and movie programming that will be exclusive to Apple TV Plus, putting it (semi-directly) in competition against Netflix, along with Hulu, Amazon Prime Video and others.

In this article, we will go over everything we know so far (along with a little bit of speculation) about Apple TV Plus. As you will see, it will be one of the biggest, and perhaps riskiest, ventures ever undertaken by Apple.

What is Apple TV Plus?

While it was officially announced at Apple’s services press event on March 25, Apple has been working on Apple TV Plus behind the scenes for years. Over the past several years there have been rumors that Apple wanted to launch its own smart televisions, but these reports never came to fruition. A few years ago, Apple was close to launching an Internet-based TV service similar to Sling TV, PlayStation Vue, and others. However, those plans ultimately fell apart.

In the end, Apple decided to offer a service similar to what Amazon Prime Video offers its subscribers. On the one hand, Apple TV Plus will give users a way to sign up and watch premium TV streaming services inside just one app, without having to switch from app to app on your device. or without having to remember multiple accounts and passwords.

The other part of Apple TV Plus is the company’s ambitious plan to offer customers a range of original TV shows and movies. The series and films that have been announced so far range from serious dramas and comedies to kids shows and documentaries.

The Apple TV Plus app will also still provide a way to rent or buy movies and TV shows available on iTunes, including any previous purchases you may have made. The app will also show you personalized recommendations for TV shows and movies you might be interested in watching, based on your previous viewing patterns.

Apple TV Plus  – When will it launch?

Apple TV Plus will launch in two phases. The first phase begins in May when the company rolls out its updated Apple TV app, and that’s when you will be able to sign up for third-party premium services inside the app. The second part of the service, when Apple TV Plus introduces its original and exclusive programming, will be available sometime this fall.

Apple TV Plus  – What platforms will be supported by the new Apple TV app?

Apple TV Plus will be available on the company’s own hardware, of course, including the iPhone, iPad, Mac and its Apple TV set-top box. Again, those platforms will be updated with the new Apple TV app this May. However, in a change from its usual closed hardware platform trend, the Apple TV app will also be available on a number of smart TVs. That includes the newest 2019 Samsung smart televisions, which was announced at CES 2019 in January. Samsung’s version of the app will launch sometime this spring.

The revamped Apple TV app will also be available on LG, Sony and Vizio smart TVs. Perhaps the most exciting thing is that the Apple TV  app will be available on the popular Roku and Amazon Fire TV platforms. Presumably, that means any Roku or Fire TV streaming stick or set-top box, along with any smart TVs that have the Roku or Fire TV OS installed, will be able to get the Apple TV app. All of those platforms will get the new app sometime “in the future” but no specific time frame was announced.

Apple has not announced plans to support Windows or Android-based devices with its new Apple TV app.

Apple TV Plus  – What TV services will the new Apple TV app support?

Apple has only confirmed a small selection of premium TV services that it will support inside the new Apple TV app, which the company is calling Apple TV Channels. Again, the app will allow users to use just their Apple ID and password to sign up for these streaming services, and the account can be shared with up to six family members. Here’s a look at what’s been confirmed for the U.S. market:

In addition, the Apple TV app will support watching content from a number of other premium streaming services, but those will still require a separate account. They include:

You may have noticed that one pretty major service isn’t listed: Netflix. You will still have to sign into the dedicated Netflix app to watch its content on your device.

Finally, the new Apple TV app will support a number of cable and satellite mobile apps, along with internet-based TV cable services. They include:

Apple TV Plus  – Where will the new app and service be available?

Apple has confirmed that the new app, and the Apple TV Plus service, will be available not just in the U.S but in over 120 other countries worldwide.

Yes, Apple is going Hollywood. It will spend billions of dollars to fund a ton of original and exclusive TV shows for Apple TV Plus subscribers that will compete directly with Netflix. Apple has recruited a number of high-profile writers, directors. producers and actors to create content for its new service. Apple will start rolling the shows out later this fall, and footage from several of those shows were shown in a brief teaser trailer at the March 25 press event. First, we will list the shows that were showcased in that trailer:

Those shows and movies are just the tip of the iceberg for Apple TV Plus. Here’s a look at just some of the other shows and movies that are either in production or confirmed to be in development for the service.

Apple TV Plus has also signed up  Oprah Winfrey and her production company for a long term deal. One of the projects is a documentary called Toxic Labor, and there’s another show that will look at the issue of mental health. At the press event, Winfrey also said she plans to revive her highly popular book club via Apple TV Plus.

How much will it cost?

Apple has yet to reveal the subscription cost for Apple TV Plus, but more info will be revealed before it launches sometime this fall.

What else do we know?

There’s no doubt that Apple is aiming for the fences with Apple TV Plus. It sees revenue from its services becoming a more important part of its overall business, even as its hardware products experience lower sales. It certainly has recruited a ton of well-known Hollywood talent, both in front of and behind the camera, to create content for Apple TV Plus. The big question is whether or not consumers will pay for yet another premium streaming service. Most people can only afford to pay for one or two. Apple’s content has to be so good, it makes people want to spend money to sign up for it. At the moment, all we have is a sizzle real and a bunch of show descriptions for Apple TV Plus.

Only time will tell if this “Netflix killer” will make people not just sit up and take notice, but also use their wallets to see what all the fuss is about.