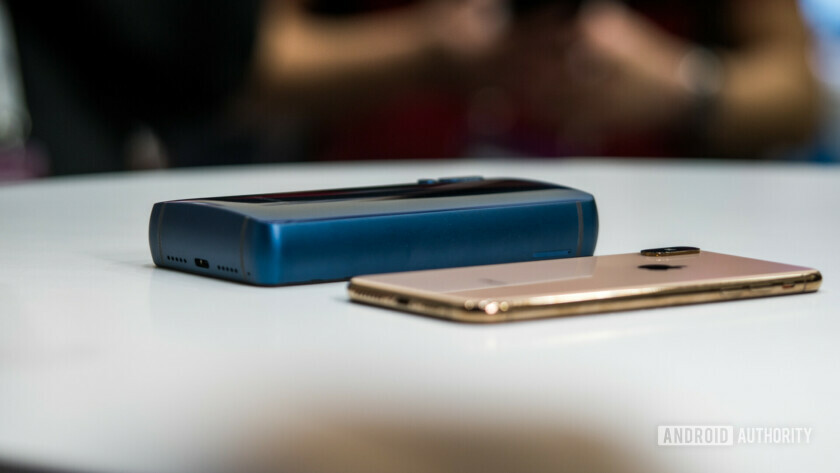 The Energizer P18K Pop caught our eye at MWC 2019, owing to its gigantic battery and comical proportions. Unfortunately, the phone’s IndieGogo campaign failed by a massive margin.

The IndieGogo campaign, launched by Energizer brand licensee Avenir Telecom, had a $1.2 million goal. It only managed to hit $15,005, or just over one percent of its goal, according to The Verge. More specifically, the campaign only had 11 backers. To put that in perspective, it had fewer backers than the pricey Meizu Zero port-less phone.

The Energizer P18K Pop offered a pop-up selfie camera mechanism (with a 16MP+2MP pairing), a 12MP+5MP+2MP triple rear camera trio, a Helio P70 chipset, 6GB of RAM, and 128GB of storage. The star of the show was an 18,000mAh battery though, taking up to nine hours to fully charge. The battery is also responsible for the incredibly thick design (which bizarrely lacks a 3.5mm port as well).

It’s a little disappointing to see the campaign fail, as it’s always refreshing to see something different. There seems to be demand for bigger batteries from some consumers, even if it means the phone has to be a little thicker. Unfortunately for Avenir, users seem to agree that the power bank-sized phone was a step too far.

Then there was the asking price, as the Energizer P18K Pop had an early bird price of $549 (normally $699). Chinese brands like BlackView and Oukitel offer 10,000mAh+ phones at a much cheaper price tag. Sure, these devices don’t have an 18,000mAh battery or pop-up selfie camera, but you’ve still got a long-lasting phone with juice to spare for other gadgets.

We’ve contacted Avenir Telecom to find out whether the P18K Pop will still see the light of day. But a company statement on Indiegogo suggests that it could yet see a release.

“Although it didn’t reach its goal, we will work on further improvement on the P18K (design, thickness, etc.) as we do believe there is a rising interest for smartphones with incredible battery life, which can also be used as power banks,” read an excerpt of the statement.