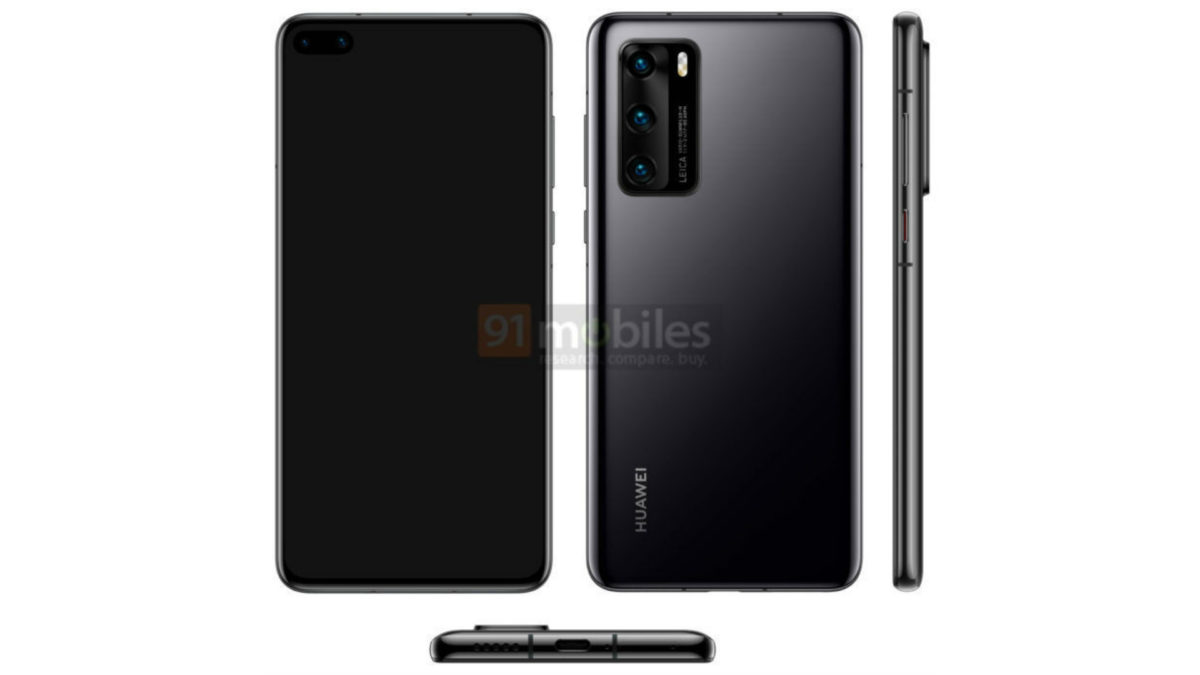 We got our first sneak peek at the Huawei P40 in December when some pretty dark renders of the phone were leaked by @OnLeaks and 91Mobiles. Today, we get a better look at the Huawei flagship which is set to launch in March this year.

The new render — once again — comes from 91 Mobiles. However, this time, we can actually see what the device looks like. The publication claims to have received the new image of the phone from industry sources. It shows design details that were previously missing from the earlier renders.

As you can see in the image above, the alleged Huawei P40 features a flat punch hole display. The pill-shaped cutout on the top left corner of the screen houses two selfie shooters.

Meanwhile, the rear panel of the phone shows a triple camera setup. Just like the Huawei P30, the P40’s primary cameras seem to feature Leica optics. The cameras are once again vertically stacked but their housing is eerily similar to what we’ve seen on the Galaxy S20 renders. Complete with an LED flash on the side, It also closely resembles the camera setup on the recently launched Galaxy S10 Lite.

We wonder if these rectangular camera housings are going to be everywhere in 2020.

Meanwhile, the image also show a USB-C port at the bottom of the phone. The right edge of the device houses the volume and power keys. What we don’t see is a standard headphone jack which was there on the Huawei P30. Maybe the company is finally getting rid of good ol’ jack on the P40 series.

The Huawei P40 Pro could add a telephoto sensor to the mix and feature a quad camera setup. We’ve heard that the phone will facilitate 10x optical zoom. However, it looks like Samsung’s Galaxy S20 Ultra might beat it to the punch.

What do you think of the Huawei P40 so far? Would you buy it without Google services? Let us know your thoughts in the comments section below.

After Samsung, Huawei now reveals how many foldable phones it has sold